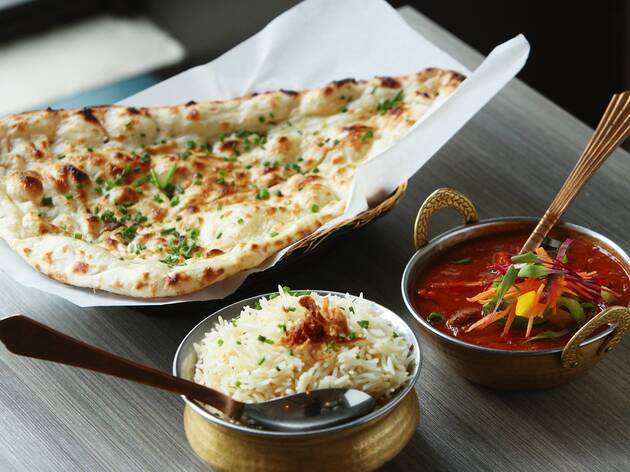 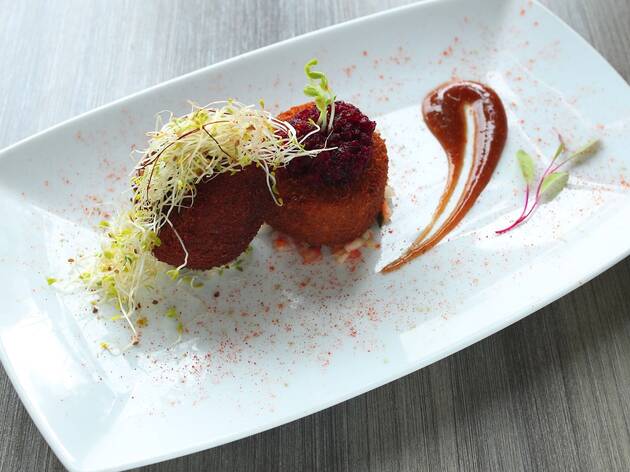 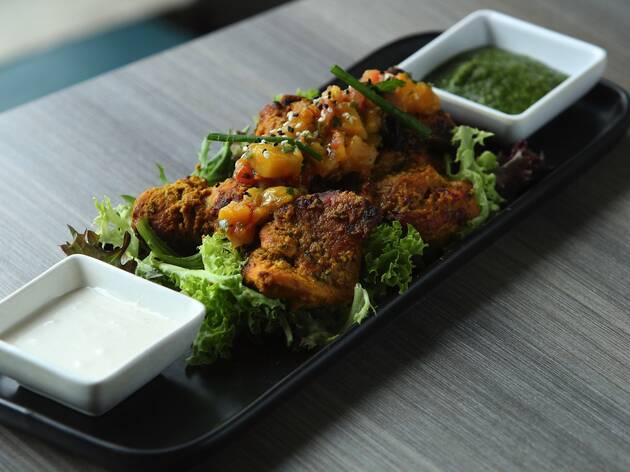 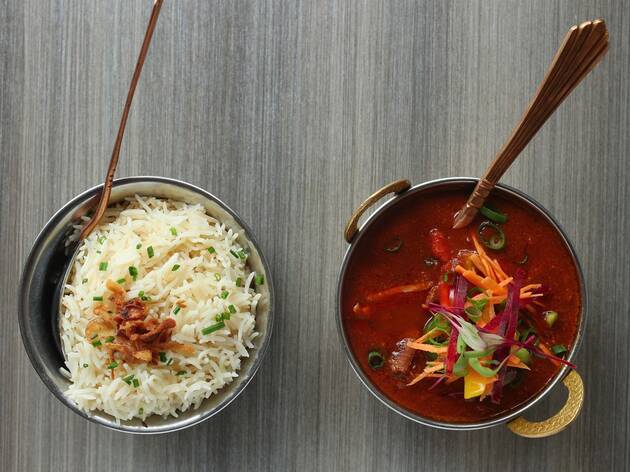 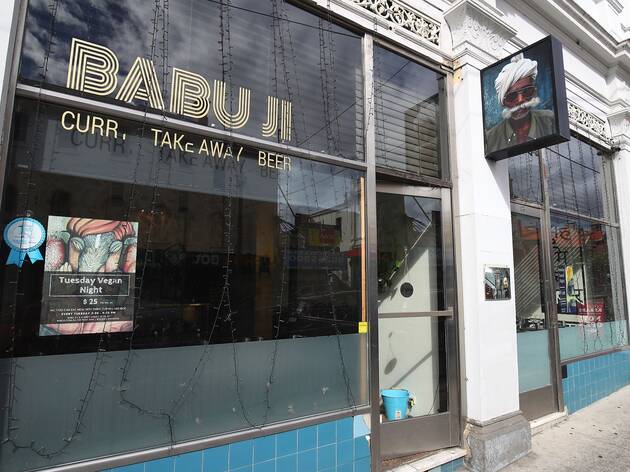 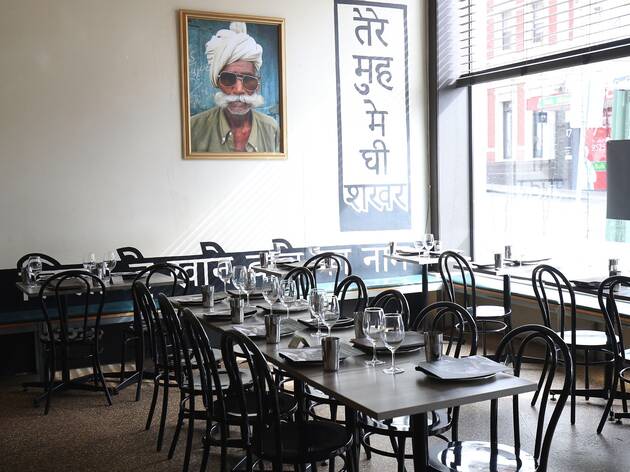 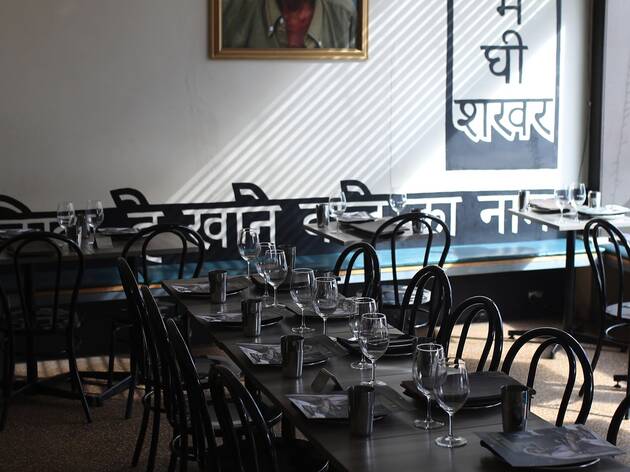 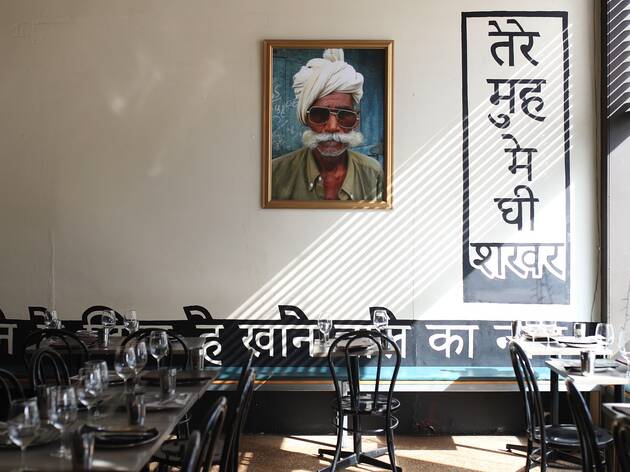 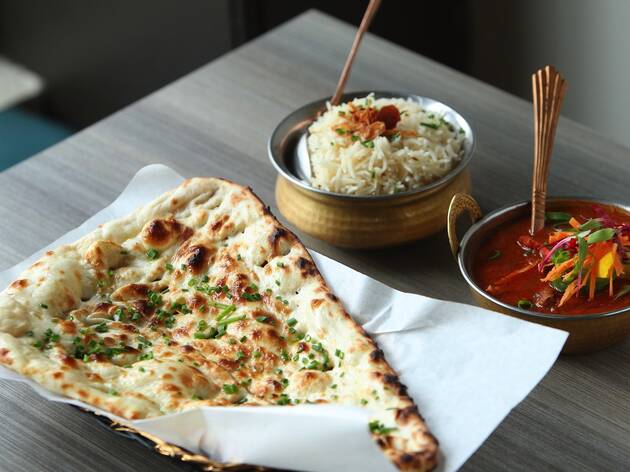 In India, Babu Ji is a term you’d use for an older male, say your dad or grandfather, and since opening on St Kilda’s Grey Street in 2014, the original Babu Ji has earned the respectful title. The original owner Jessi Singh packed his bags, along with the Babu Ji concept and took it to New York and Southern California. But that whole time the St Kilda outpost, alongside sister restaurant Horn Please, continued to tick along, serving their modern take on Indian cuisine.

Smart money is on the $49 set menu. It lets you choose two entree dishes and two curry dishes along with rice and a basket of naan bread. You’ll also get a basket of fresh papadums with a minty dip, a sweet and sour tamarind sauce and mango chutney. Dinner sorted.

Another mark in its favour is the inclusive menu, so bring your vego and pescatarian mates. ‘Double Trouble’ is a non-traditional take on aloo tikki (potato croquettes). The pair of croquettes (one crab, one beetroot) is served with a sweet apple and gooseberry chutney. Following staff recommendation, we tried both croquettes together in the one bite – the earthiness of the beetroot and the peppery crab croquette find balance with the sweetness of tamarind. It’s not often we ask for smaller serves, but in this case, smaller croquettes would’ve meant more of the crisp golden exterior.

Tandoori chicken is juicy, but more time in the oven is needed for char and smokiness. Better results are found in the vindaloo, which was closer to the traditional Goan version. Here it is pork-based and has plenty of tangy punch from vinegar, cayenne pepper and mustard. If you’ve ordered this as part of the tasting menu, you’re even allowed to ask for seconds in case you need more curry for the last bits of garlic naan.

Four out of the nine-item curry menu are vegetarian, including gobi ke kofte, which involves meatball-sized fried cauliflower koftes dunked in a tomato-based curry that comes with a refreshing topping of pickled julienned carrot and a side of raita if the heat gets too hot to handle. They’re billed as crunchy cauliflower dumplings, but they quickly succumb to the softening effects of the curry.

Everything from the service to the drinks situation here is casual – like at sister restaurant Horn Please in Fitzroy North – if you want to drink beer with your meal you’ll have to serve yourself from the beer fridge behind the bar. This has the effect of making diners feel like regulars at this decent St Kilda restaurant in the bar-heavy Fitzroy Street area slinging less-than-traditional takes on Indian classics.