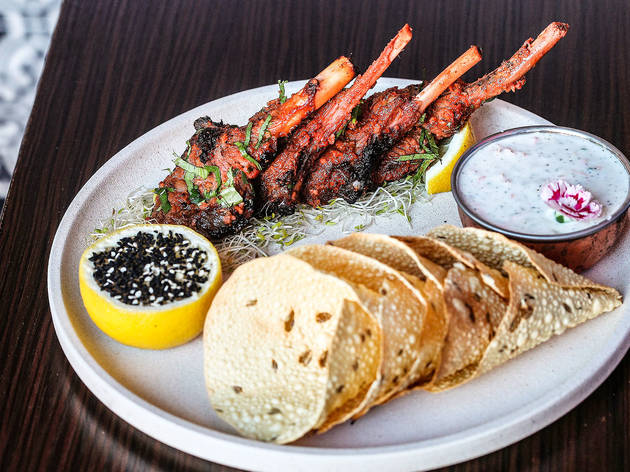 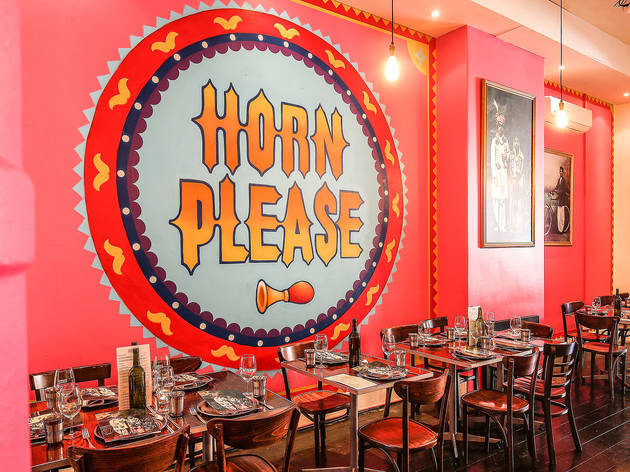 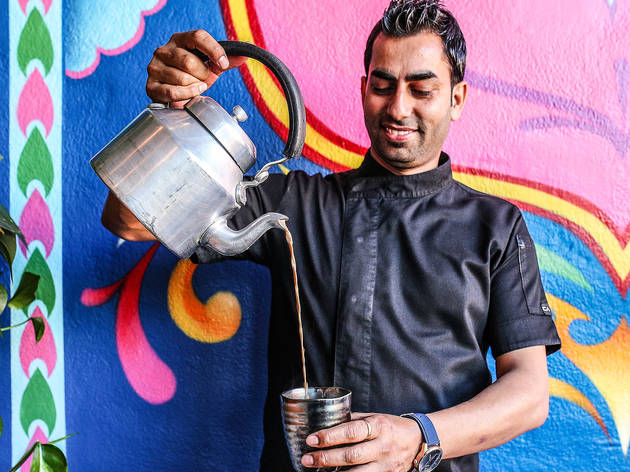 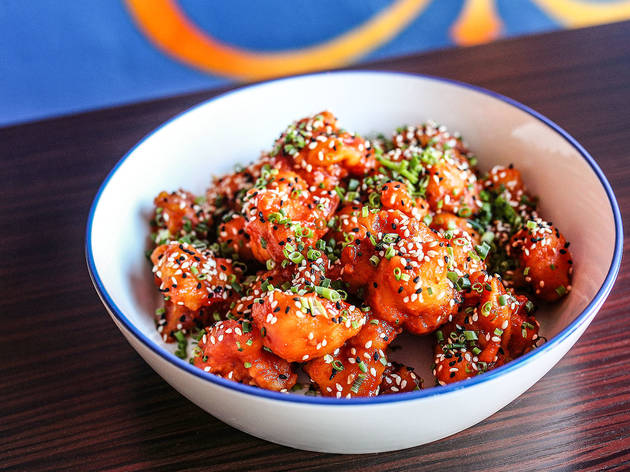 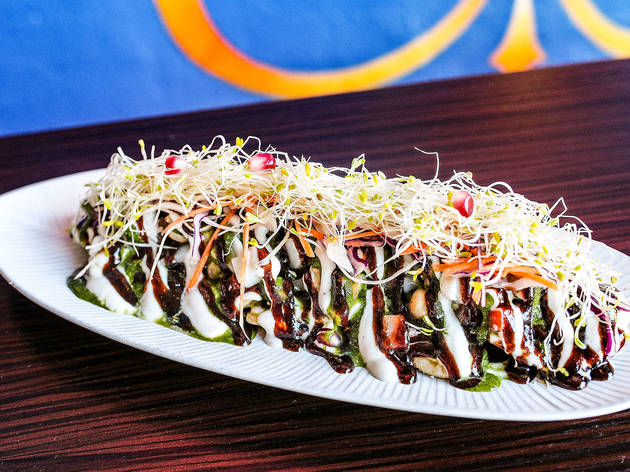 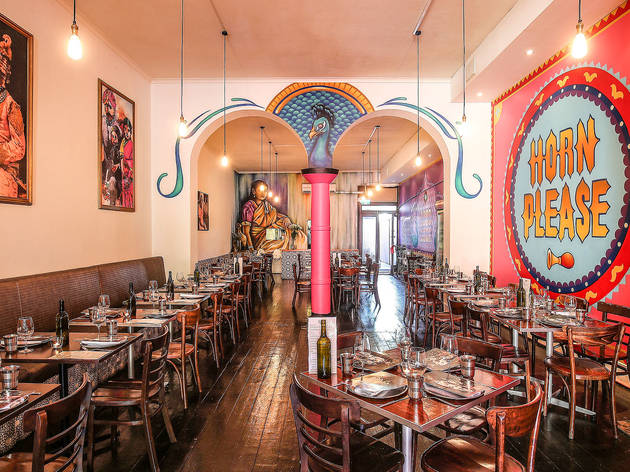 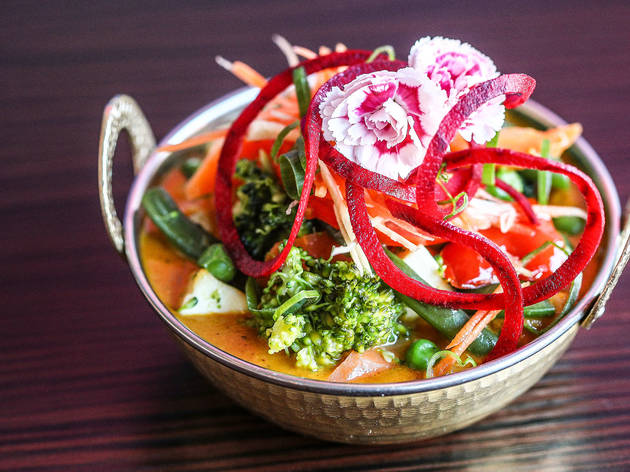 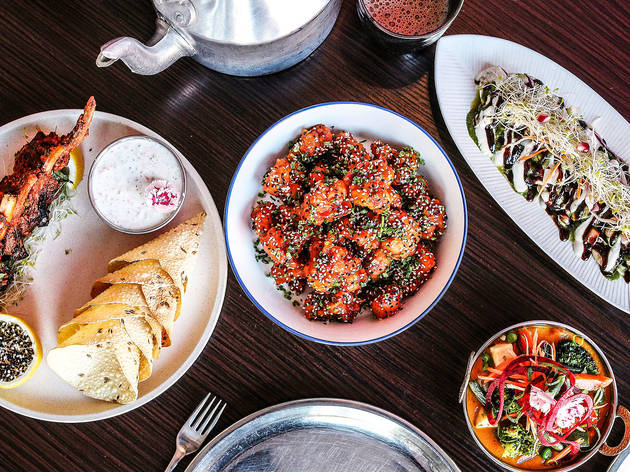 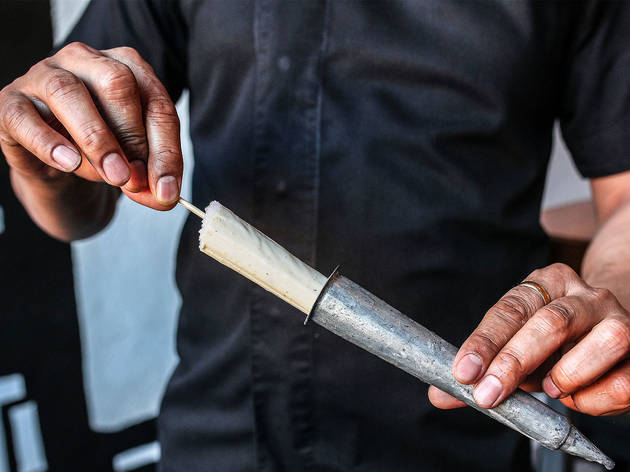 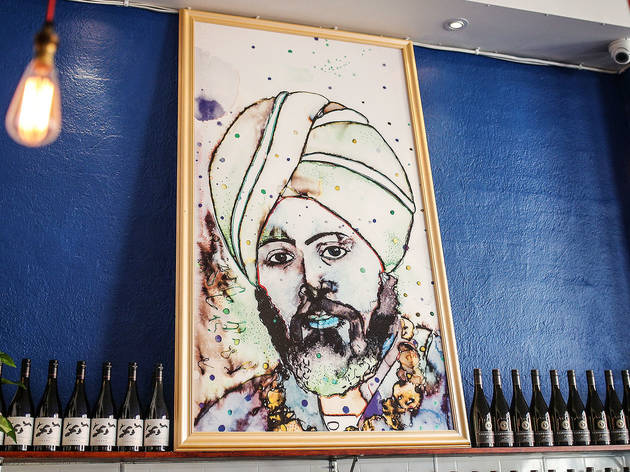 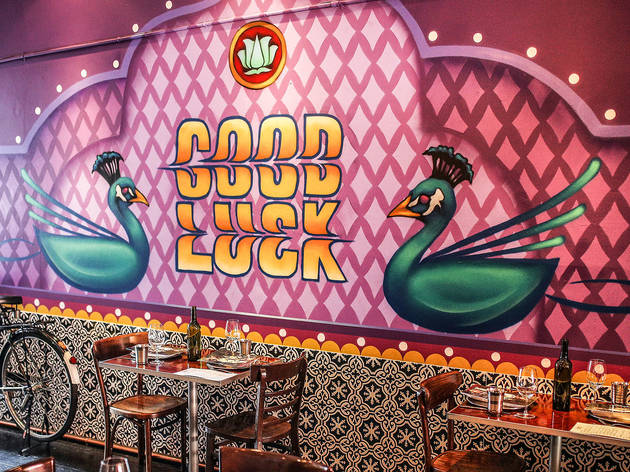 Former Horn Please owner Jessi Singh has returned to Australia – and to the restaurant – after three and a half years in America, and he's learned a trick or two. In a hat tip to the famed Chinese American dish General Tso’s chicken, Horn Please’s Colonel Tso’s cauliflower sees deep fried florets doused in a tomato chilli sauce and sprinkled with sesame seeds. It was a bestseller at Singh’s NYC restaurant BabuJi, but the acidic sauce in the version we try is a little overpowering, which is more than enough excuse to make return trips for self-serve beers.

Papdi chaat, otherwise known as Indian nachos, are still on the menu, but for something archetypally Indian, order giant, crisp triangular pastries filled with a savoury mishmash of spiced potato and peas – the samosas could be dinner on their own. You also want the tandoori lamb chops, where smoked meat is softened by a spicy yoghurt masala marinade spiked with cumin, paprika and turmeric.

Service is attentive, very attentive, but they get props for honesty – we’re advised to forego our fourth entrée and they are right. Onwards to the gamey goat in the gosht khada masala that falls apart, the meat infused with a thick reduction of coriander, cardamom and garam masala, though we'll have to take their word for it about the bone marrow. Minute parcels of spinach fritters swim about in a milder yoghurt-based sauce – a counterpoint to the heavier flavours in the goat masala. Both curries come with the simple garnish of fresh chopped capsicum, a simple yet effective way to cut through the spice.

Befitting the festive air of the restaurant, where Bollywood tunes are broadcast and birthdays are commemorated, the theatrics begin at dessert time. Waitstaff pour chai back and forth between the pot and the cup from a great height to ensure it’s frothy and aromatic. And to get your prize of honey and cardamom kulfi, an Indian frozen dessert similar in consistency to a custard-based ice cream, you need to yank it out of a metal sheath gripped tightly by a waiter, like Arthur pulling the sword from the stone.

Along with the very best Fitzroy North institutions – Moroccan Soup Bar and Danny’s Burgers among them – Horn Please has firmly lodged itself as a perennial favourite of the area. Singh's return may have brought some new energy and ideas to the kitchen, but loyalists of the mod Indian diner will be glad to know the essence of the popular restaurant remains the same.