Cocktails, craft beer and Vietnamese by a big-name chef in a shopping centre

It seems like just yesterday that our options for shopping centre sustenance extended from Maccas to Muffin Break. Thanks to the retail apocalypse, however, we’re now expected to spend via the stomach. Rubrical food courts (fast food, self-serve Chinese, salad and wrap counter, sushi rolls, repeat) have made way for “dining precincts”, with centre operators splashing the cash to lure big-name chefs and overseas chains that become a destination in and of themselves.

As it were, the capstone in the final stage of the Glen’s half-billion-dollar redevelopment is a leafy, open-air pavilion of flash casual eateries, with drawcards including Korean imports Massizim and Gami Chicken and Beer, plus Dainty Sichuan spinoff Tina’s Noodle Kitchen. Esteemed Annam chef Jerry Mai has thrown her hat in the ring too with Bia Hoi, a big and bright eatery inspired by the laidback beer halls of Vietnam.

While there are quick pho or bùn bowls to power grocery runs, Bia Hoi’s really pitching for diners to stick around for convivial rounds of beer, street snacks and DIY barbecue. There are even cocktails for the most devoted of the ‘treat yourself’ crowd, consisting mainly of peppy twists on the familiar – lychee-sweet caprioskas and Vietnamese coffee martinis swirled with condensed milk. For the rest of us it’s frosty glasses of Bia Hanoi and 333 along with an impressive selection of craft beers (we’re in Glen Waverley, after all), going beyond pale ale with sours, IPAs and flavoured stouts from Victorian brewers like La Sirène, 3 Ravens, Mr Banks and Kaiju.

When it comes to the hot and greasy snacks made to soak up those beers, success is more varied. ‘Jerry Fried Chicken’ doesn’t seem to us to deserve the chef’s good name, chicken ribs lost in a double whammy of thick, doughy batter and a very sweet ‘fish sauce caramel’ that has none of the funk and tang we hoped for. Vegetarian netted spring rolls do better on crunch factor, but on our visit they give way to a rather mushy radish filling. When we visit, the scant, rubbery sugar cane prawn is far from the fat and fragrant fingers of prawn mousse you’d find at any mom’n’pop in nearby Springy.

You’ll get far better mileage with produce-first dishes like beef skewers saturated in peppery sweet soy marinade, while $29 nets you a bonza quantity of blue swimmer crab tossed in tamarind and caramelised pineapple sauce. It’s still a touch too sweet for us, but we’re quick to forgive amid the sticky fun of cracking, picking and hoovering soft crab meat in between sips of Moorabbin brewery 2 Brothers’ crisp, gently citrusy rice lager.

Unqualified redemption is earned with plump slices of king mushroom wok-tossed with Chinese broccoli, bok choy and beancurd – each vegetable glossy and hot yet maintaining its crunch, all tied together with ginger-prickled oyster sauce and plenty of char from the wok. Better still is pho-spiced squid, an addictive evolution of the salt and pepper classic that coats wobbly chunks of squid in crisp batter peppered with the earthy sweetness of five spice. We could happily take a bowl of this with a beer and call it a day.

The space itself is a colourful mishmash of red brick and rattan, lanterns and weathered-effect paint meant to evoke good times and tropical locales far, far away. Ample daylight helps you forget you’re in a shopping centre, while bubbling steamboats and in-table grills employed by groups forge a convivial atmosphere at night.

You don’t need to know your banh cuon from your bun cha to understand that you can get better versions of the classics in Victoria Street or around Footscray. But if you want craft beer and service that’s got time to chat, plus access to Mai’s brand of fun, modern Vietnamese (albeit a diluted version of it) without a long trip to the city, you could do far worse than a post-shop trip to Bia Hoi. In fact, with a few easy tweaks in the kitchen, you could be heartily encouraged to. 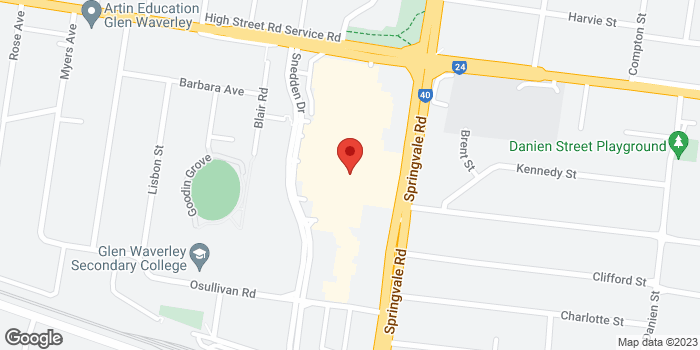