Blok M, a nightlife district in Jakarta, lends its name to this no-frills Indonesian eatery on Little Bourke Street, where nightclub-like queues form anytime after half-past 12 on a Friday afternoon. Students and worker bees alike jostle to find a spot in the split-level restaurant – you’ll most likely find yourself sharing a table with someone else, but what Blok M lacks in space and comfort it makes up for with the unapologetically punchy flavours of Indonesian food. Food can take a while to arrive, particularly during the lunchtime rush hour, but you’re not here for a sanga – complex dishes are prepared fresh, and it shows. And Blok M now accepts credit cards.

The perfumed aroma of condensed milk hits you as soon as you step into Blok M, no doubt due to Southeast Asia’s most popular pulled hot milk tea – teh tarik. Though this lacks the requisite silky richness to which we’re accustomed, the soda gembira – which translates to happy soda – makes us just that, with its pool of sweetened condensed milk sitting at the bottom of pandan syrup soda coating our mouths with every swig.

Blok M draws from every corner of Indonesia – its balado (a chilli-based spice mixture) dishes are from West Sumatra, while its grilled chicken owes its provenance to Java. If you’re unsure where to start, the ‘Blok M special entrée’ contains bite-sized portions of Indonesia’s most ubiquitous appetite-whetting dishes. Lumpia, influenced by the Chinese spring roll, is softer, spongier and lighter than its East Asian equivalent owing to the use of thin egg crepes – Blok M’s diced prawn and bamboo shoot ones are fresh and moreish, particularly with a dab of sweet chilli. The blistered skin and velvety yolk of the balado egg, hard-boiled and deep-fried before it’s dunked in the classic West Sumatran spice paste, are the perfect vessels for the fragrant, slightly sweet peanut-laden sauce. Inch-high slabs of nutty, deep-fried tempeh are slightly plain and definitely need a good dunk of sweet chilli.

It’s hard to go past the combo meal option, where you add an oxtail or chicken soup, fried egg and drink to any meal for a mere $4. Go for the oxtail soup, or sop buntut as it’s known in Indonesia, with ‘buntut’ meaning ‘tail’. Those unacquainted with oxen will be pleased to know beef tails are used instead, braised until tender in a fragrant concoction of garlic, onion, ginger, nutmeg and cloves and served as a broth. Blok M’s bone-warming one is topped with spring onions and fried shallots, and it’s the definition of that highly vaunted fifth taste ‘umami’, with the soup’s brininess overriding the gaminess of the beef.

The wonderfully savoury oxtail soup is one of the six components of the nasi campur, a melting pot of flavours presented on Blok M’s banana leaf motif plate. The smokiness of the lightly charred strips of cabbage and julienned carrot finds its counterpart in the fall-off-the-bone grilled chicken drumsticks, salty-sweet from their sweet soy, kaffir lime and galangal marinade and tinged yellow from turmeric. Fermented sambal – as piquant as it is heat-filled – goes a treat with a spoonful of fried egg, long-grain rice and a munch of the accompanying prawn crackers. There’s no tampering with the chilli levels at Blok M – it’s catering to its predominantly Indonesian clientele, which means the rest of us must avail ourselves of the serviettes kindly placed on each table.

Waitstaff ask you if you want your mie goreng spicy or non-spicy – opt for the former if you’re a chilli fiend and you won’t be disappointed. What arrives looks a lot more intimidating than it tastes – a mountain of egg noodles arrives dusted with chilli powder of such a bright shade of lurid red it almost makes our eyes water. Once it’s mixed in, however, the chilli powder amalgamates seamlessly into the springy noodles, coating each strand with its sour heat while chargrilled cabbage and scrambled egg tossed throughout provide textural contrast. As the heat builds up towards the back of your mouth, take a bite of the emping – a mild, slightly bitter Indonesian cracker made from melinjo nuts.

The fieriness of red chillies is offset by tomatoes, shallots and limes in the lele balado, where long pieces of deep-fried catfish are blanketed in the fragrant spice mix. Impeccably fried at the ideal temperature so there’s not a skerrick of grease on it, the catfish is so crisp you can eat it whole – bones and all.

In contrast to the ubiquity of Malaysian and Thai options in Melbourne, Indonesian is the lesser-known cousin of Southeast Asian cuisine. Not that anyone who visited Blok M would guess. Its tables are perpetually filled by Indonesians who have found a slice of home where they can eat with their hands and enjoy eye-wateringly hot dishes. It’s about time everyone else leaned into the flavour-bursting dishes of lele balado and nasi campur. 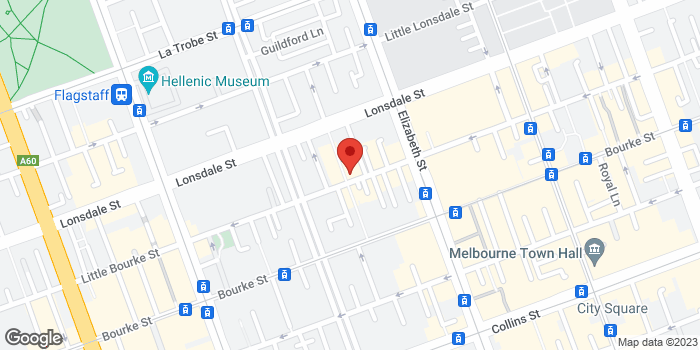