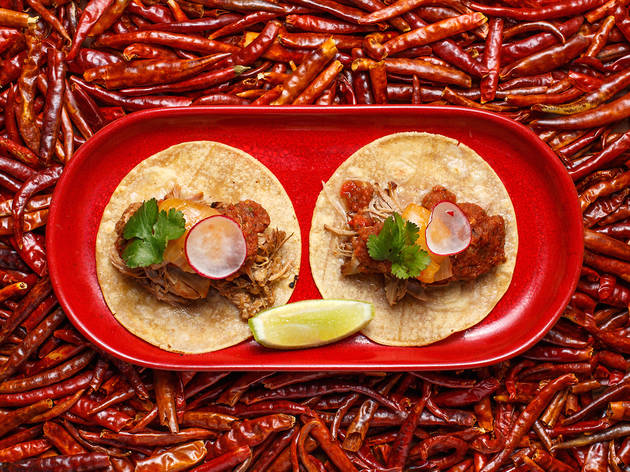 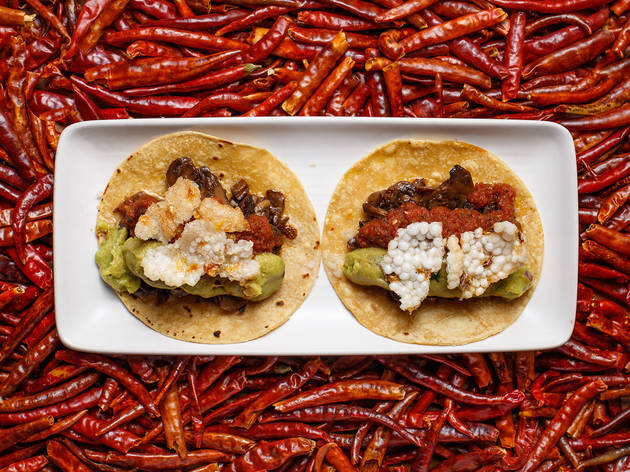 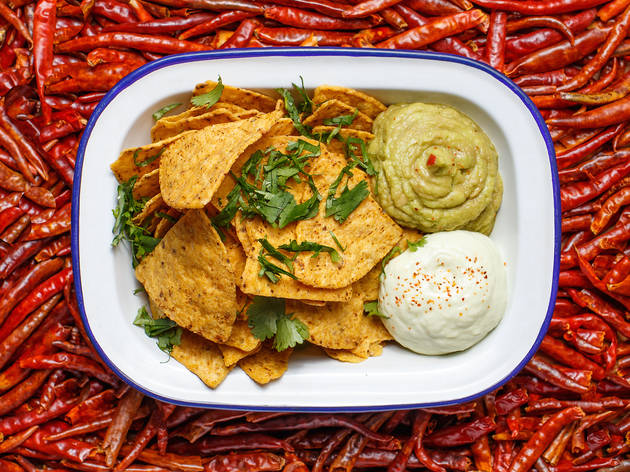 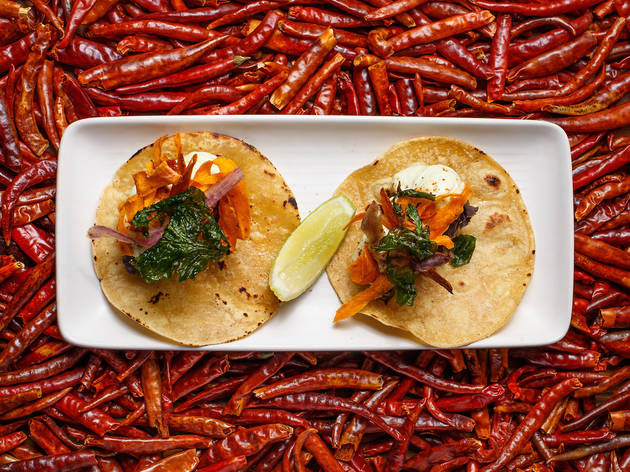 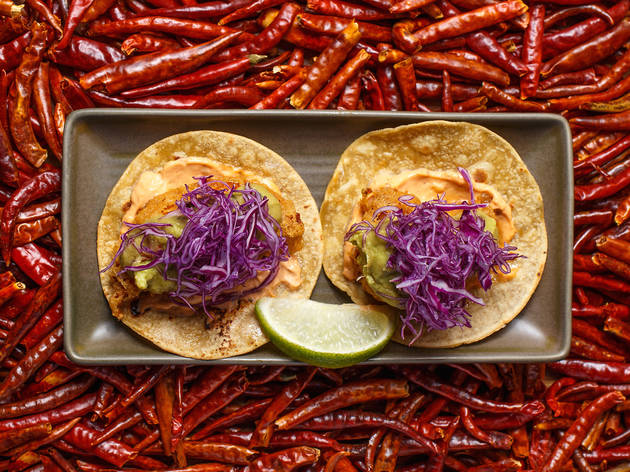 Co-owners of Bodega Underground, Julian Downing and Geoff Machirus, have gifted Melbourne with something we never knew we needed: all the agave and the spirit of Mexico. We’re grateful, but wary. Mezcal is a dangerous thing. Add tacos and a closing time of 3am, and you’re in for a riotous night.

You’ll recognise Bodega Underground from the ominous red neon glow on the corner of Crossley and Little Bourke Streets. Venture in and you’ll descend into a basement plastered in posters from the golden age of Mexican cinema – tits, ‘taches and Tecate. The tables and stools are more cantina than bar, and the prime place to be is perched up at the counter. Beware, shots are the drink of choice there, and the fast-paced music will always make you think you’re one behind.

Cocktails involve clever applications of tequila and mezcal. You’ll see some familiar favourites such as the Tommy’s Margarita or a play on the gin-based El Last Word, subbing out the juniper for agave to tempt the tentative, tequila beginner. For more adventure, order the Aloe Señorita, a punny floral refresher marrying tequila, aloe vera and lime. Mezcal lovers can step up to the Pancho’s Ancho, a smoky, savoury and sweet attack on your palate using mezcal, agave, grilled lime and the fruitiness of crushed ancho chillies to liven up the salt rim, creating a drink robust enough to stand up to the food.

Naturally, tacos feature heavily on the menu. Corn tortillas act as a foil for battered fish, pork, grilled octopus, fried potato or mushroom. Tacos come at two per serve with house specifications such as a chipotle mayo, crema, pepitas, guacamole or other accoutrements, making it more Cal-Mex than straight-up Mex, but that doesn’t make them any less delicious. Vegetarians and vegans are well catered for, and need not rely on fried potatoes or naked corn.

Bodega Underground doesn’t need to do much to encourage a good time. The cocktails are varied, the list of mezcal is comprehensive and the kitchen is open until the bitter end. But beware – the climb back up to street level will be harder than you think.