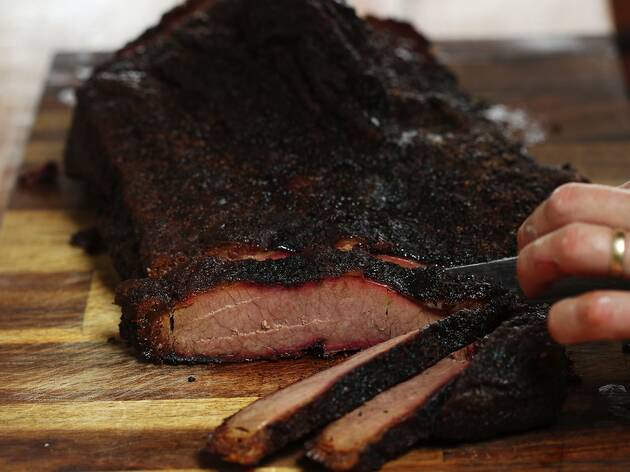 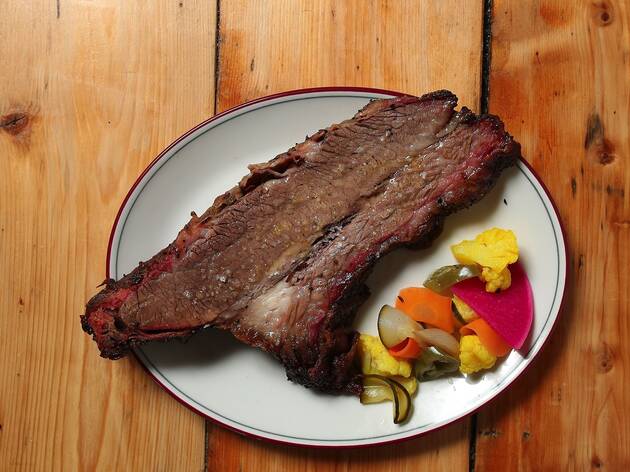 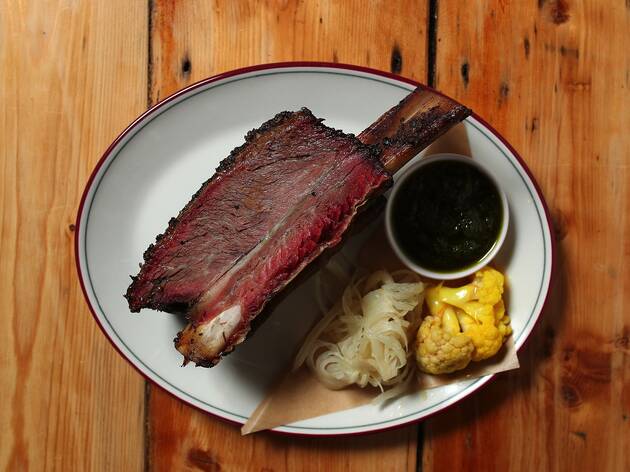 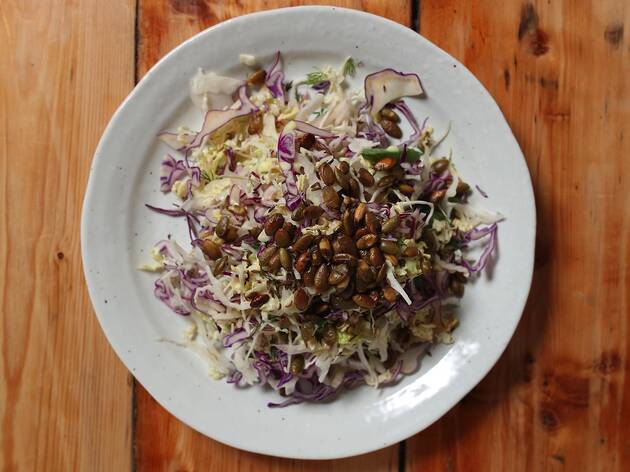 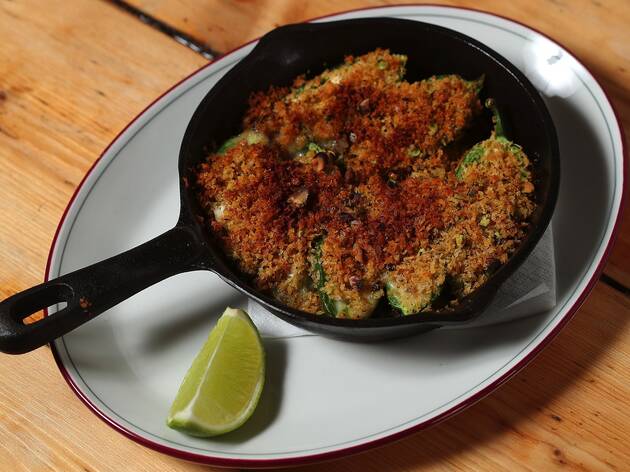 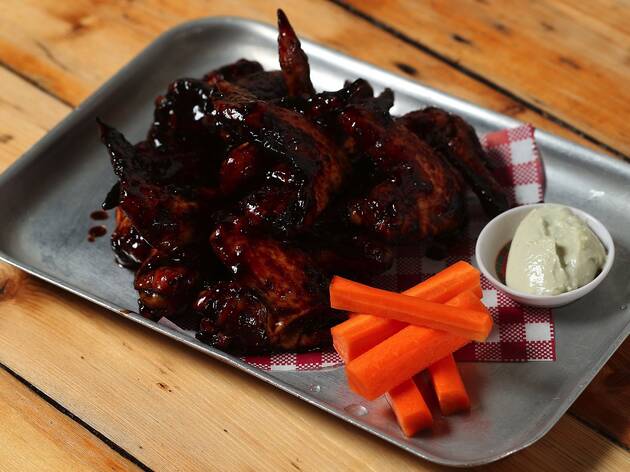 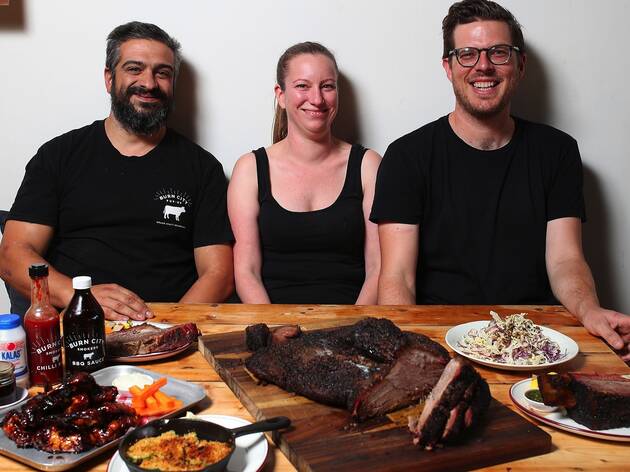 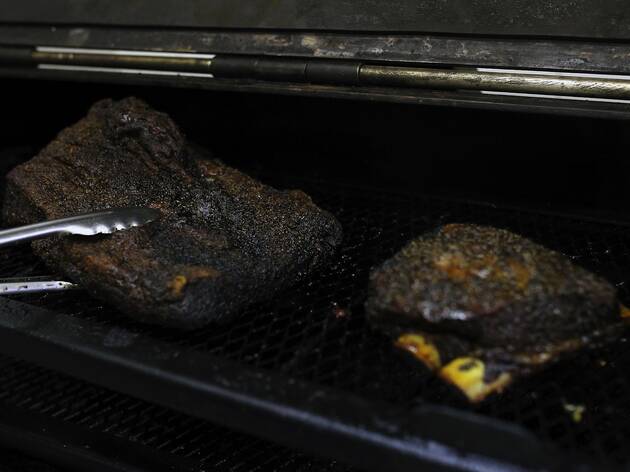 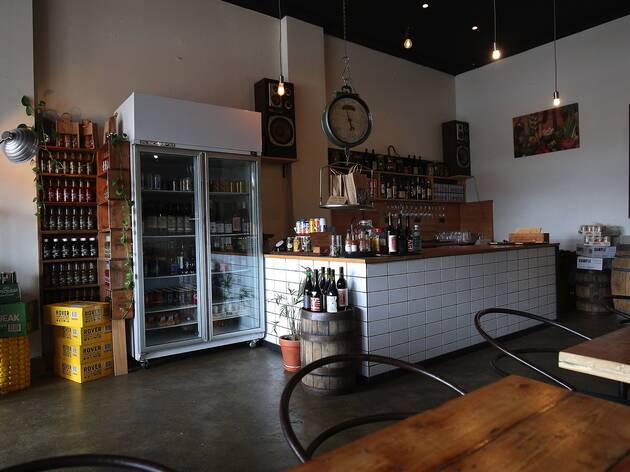 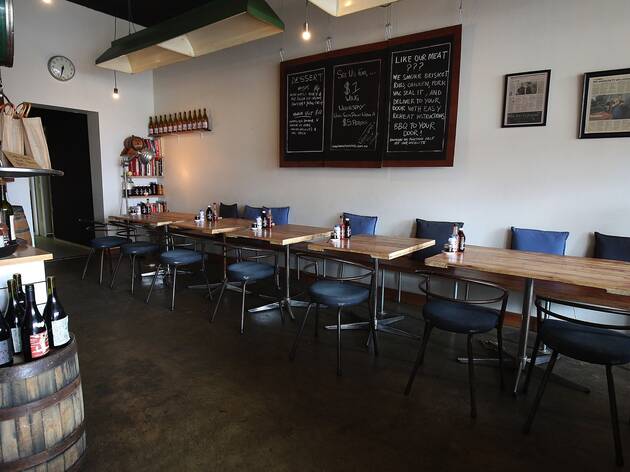 This suburban barbecue outpost feels, and tastes, like the real deal

A tiny strip of shops in the south-western suburbs, the surrounding front yards in various states of dilapidation, is a good setting for a BBQ joint. Most of the best smoked meat in the American South is found in unassuming, out of the way places like this. And while there are elements of elevation here at the Burn City Smokers Test Kitchen, the overall approach is family friendly and unpretentious.

During the huge wave of interest in populist American food, and barbecue in particular, that hit Australia a few years back, Burn City started out as a mobile meat-smoking operation doing festivals and events. Now with four smokers to their fleet, events are still the main business (you want brisket at your wedding or work picnic? These are the guys to call). But as the operation grew, the need for a prep space lead them to this little shopfront with a big kitchen out back. Concrete floors, reclaimed wood tables, old scales and a white tiled bar give it the feel of a butcher shop from a bygone era, shelves stacked high with bottles of house-made sauces.

Get started with a high-class take on jalapeno poppers that sees the mild, green chilies cut in half, stuffed with brie and pistachios, topped with breadcrumbs and baked rather than fried. Chicken wings are huge, tender and deeply smoky. Their sticky chipotle glaze is very mild, but the wings themselves are so flavoursome that it doesn’t matter, and the accompanying blue cheese sauce is spot on. Slaw is fresh and crunchy with thick shreds of wombok tossed with currants, fresh dill and sweet dressing.

Beef brisket is the least forgiving of the traditional barbecue cuts, and most rewarding if it’s done right. Here, it is. The meat pulls apart easily, but not so easily that it’s mushy. A peppery crust and subtle smoke amplify the taste, and the house BBQ sauce, rich with molasses and woody spices, is the obvious condiment. For a bit of vinegary balance, grab the house chilli sauce, fermented from mild red jalapeños. A rainbow of lovingly pickled vegetables, each one its own explosion of vinegar and spice, completes one of Melbourne’s best brisket plates.

To wash it all down, there’s a solid wine list that includes the likes of an easy-drinking movedre that’s a summery counterpoint to smoky meats, and a handful of beers and spirits to round out the offering. Our only gripe is that they could do with a few more American brews and bourbons to match the food.

Burn City Smokers Test Kitchen is at its best when it plays the hits and doesn’t try too hard to improvise. But as the gourmet sensibilities of inner Melbourne march steadily West like a foodie wagon train, it’s nice to know there’s a place where an awesome plate of brisket, and hotdogs for the kids, is waiting at the end of your road.