Gyoza bar Chotto Motto isn’t the first joint venture from co-owners Dylan Jones and Tomoya Kawasaki – it all started with Jones’ insta-famous shiba inu dog. Tofu Pudding Jones is one of Collingwood’s favourite dogs, with an 150,000-strong audience. His owner, Dylan Jones is also one half of Chotto Motto, the gyoza bar that already has a cult following – we show up at the relatively early hour of 6pm on a Saturday to find the wait for a table has already begun.

Jones has teamed up with restaurateur Tomoya Kawasaki, who moonlights as the voice of Tofu Pudding Jones when he isn’t running Neko Neko, famous for its vegan ramen, and Wabi Sabi which reopened in June last year with a pescaterian and vegan bent. Conversely,  Chotto Motto revolves around meat. It has options for plant-based eating, but the crowning glories of the menu are the gyoza.

Thanks to the sheer number of knick knacks on display, from the Godzilla figurines and kewpie dolls to Japanese confectionary mascot Peko Chan and life-size Pocky boxes, dining here feels a lot like you're in someone'slounge room. But the food is anything but plastic fantastic. They serve Hamamatsu-style gyoza, where the dmplings come arranged in a circular pattern so as many as possible can be simultaneously fried and garnished with fresh bean sprouts. As of right now, both the classic pork and the prawn and ginger gyoza hold the joint title for Melbourne’s best gyoza, which takes the sting out of the price tag of 10 pieces for $16, 20 pieces for exactly double.

The dumpling wrappers are browned and crisp on the bottom, steamed, and then flipped and fried again – the skin is tender and slippery yet sturdy enough to hold together, and the potsticker crust that binds the gyoza together is worth fighting over. The pork and cabbage filling is moist and savoury – wait a few moments before tackling these if you want to escape with the roof of your mouth intact – while the freshness of the discernible pieces of prawn is complemented by the slight spiciness of ginger. Dip your gyoza in the aromatic house-made sesame chilli oil with garlic chips, or if you need to hit your hunger with a blunt instrument, you can add melted cheese for a dumpling destined for pole position on your drunk snack hit list.

We mentioned this place is already popular, right? Which means we experience an hour-long wait for the first plate of gyoza, the chicken karaage is out of stock, and the katsu sandos are listed on the menu with a ‘coming soon’ sign stamped across them. Thankfully there are plans to add lunch hours in a few weeks’ time, where the sandwiches will make their debut.

What we do get is ace. Deep-fried slices of tempeh are the unusual garnish on a kewpie mayo-rich Japanese potato salad, and cauliflower karaage is steamed in the middle and deep-fried on the outside for crunchy effect, lifted by a spicy Thai basil mayo.

If you’re looking for a relaxing spot to park yourself for the night, Chotto Motto isn’t it. Self sufficiency is the name of the game: you nab any of the 15 spare tables you can find inside or in the courtyard or take your chances and order at the counter first, hoping to spot a vacancy en route. Drinks come from a refurbished Japanese vending machine stocked with Australian and Japanese craft brewers like Stomping Ground, Niigata or Kizakura’s matcha IPA. Non-beer drinkers have the option of sake and soft drink.

A DJ cranks tunes from the corner, but Chotto Motto isn’t so cool that you can’t bring your child. That way you can lie and say the soft serve of the month is for them – on our visit, it’s a creamy, light vegan charcoal and coconut number with rainbow confetti. Best bit? Being a frozen treat, you don’t have to wait to get it. 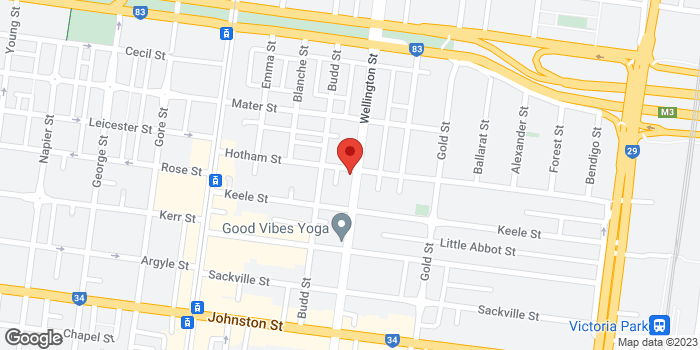