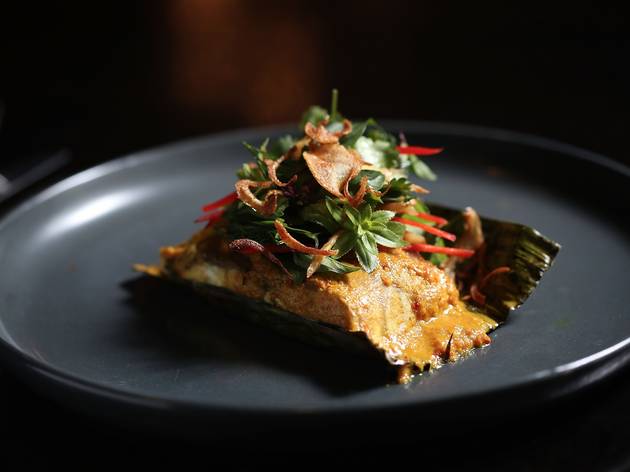 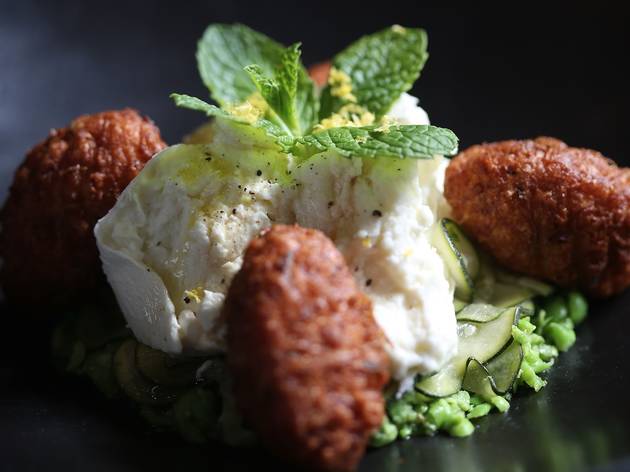 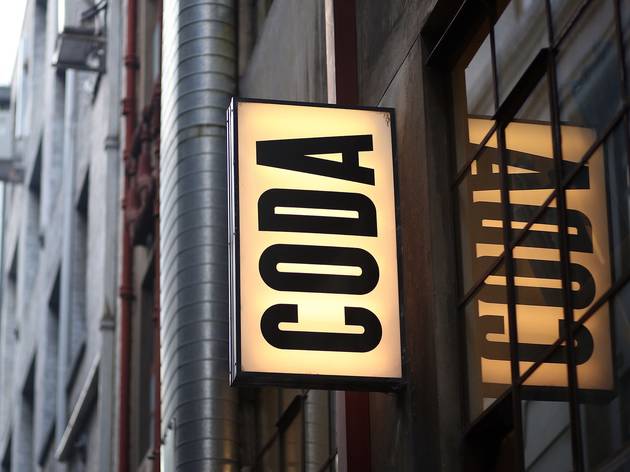 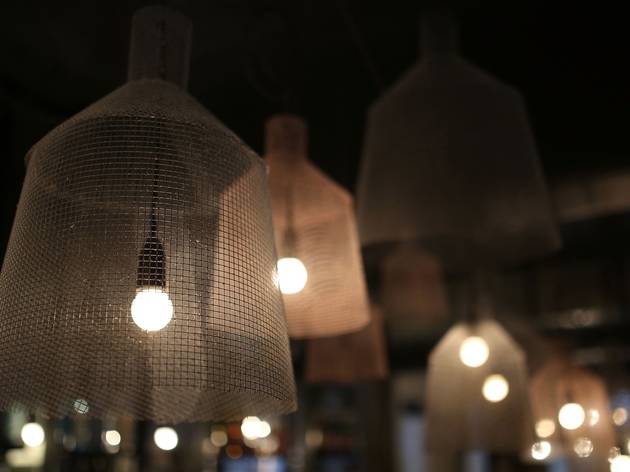 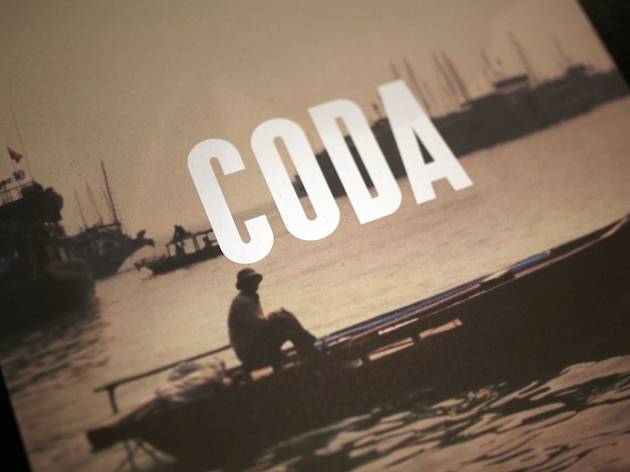 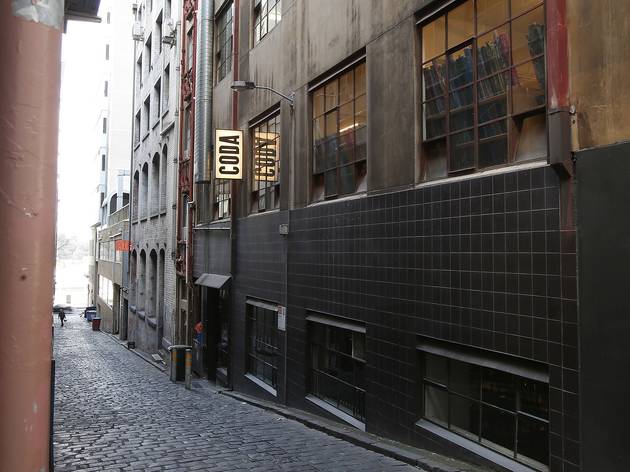 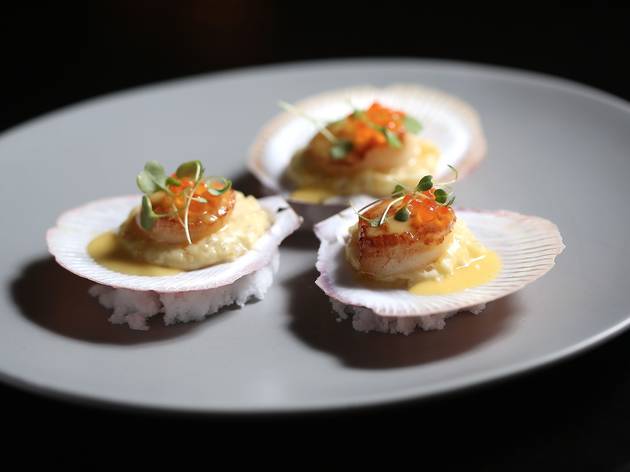 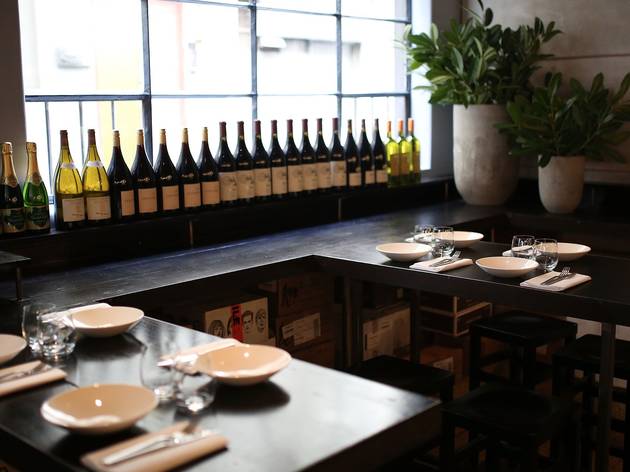 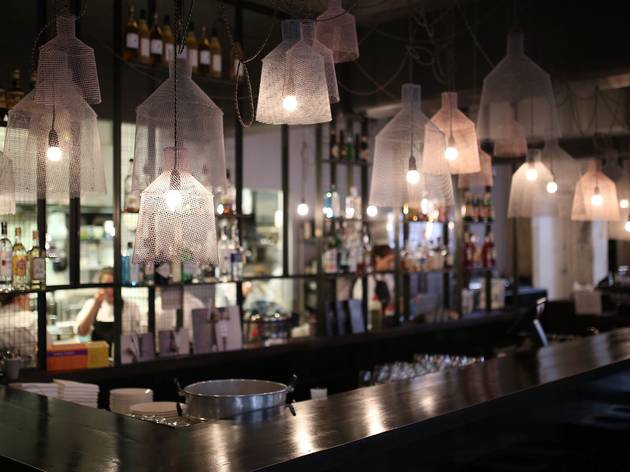 Its chicken wire cachet has entered restaurant middle age, but never mind: six years on, Coda continues to rock from its classic playbook

The energy of Coda. If there were a way of bottling it you could solve the world energy crisis. It billows out the door onto the cobblestone laneway then drifts along the street where it mingles with the crowds outside Chin Chin. It’s the Flinders Lane fairy dust.

Not that the real estate alone is a reason to visit. Not a bit, although it certainly helps. Six years after taking over its sexy basement space where diners can happily cast judgment on the fashionistas’ footwear passing above, the Projects of Imagination fit-out remains razor-sharp. The chicken wire lightshades, a ghostly filigree in pastels, have proven their genius by remaining as cutting-edge today as they did back then. Posing moodily against the subterranean gloss of dark wood, their dim glow makes Coda one of the city’s best options for a first date – although the flipside is that you might want to use the torch option on your smart phone to read the menu.

The concept has evolved since chef Adam D’Sylva and his front-of-house partners Mykal and Kate Bartholomew flung open the doors in 2009. Back then it was a slightly tentative approach, mostly Asian with a sub-major in French, with nothing significant by way of the middle ground. It’s more confident now, more resolutely Asian with the snails and parfait kicked to the curb, although it’s held onto the steak tartare with mustard cress as well as the buffalo mozzarella (from local heroes That’s Amore) and zucchini fritters on a pea and mint salad. A Coda classic. It’s a great dish, a lunchtime favourite, but it’s also emblematic of Coda’s shortcoming for recidivist diners.

Possibly a by-product of the owners diverting attention to their mod-Indian gaff Tonka nearby, the menu reads like a favourite book. Things like the scallops, seared to the point they sport a week-in-Bali suntan but are still translucent in the middle, dabbed in salmon roe, resting on the shell in a cloud of champagne sabayon-spiked tapioca. Or betel leaf-wrapped prawn mince, fried into a crisp lather of tapioca batter. The blackened quail is another old stager: the skin wickedly caramelised in a finger-licking crust of soy, sake and mirin.

It’s good stuff, though, with half a dozen dishes jostling for 'signature' status, and it is possible to peel off the well-trod track for Aperol-cured trout, mingling pinkly with pickled beetroot, salmon roe and crème fraiche, or to swap the familiar joys of the roasted yellow duck curry for banana leaf-wrapped barramundi, still firmly textured after cooking with 'jungle aromats' (minus the excessive heat it suggests) and a lush thicket of fresh herbs.

Maybe another trick to relevance in restaurant middle age is about key staff adding a layer of identity. On that note, long-serving sommelier Travis Howe keeps the vinous thrills coming and several waiters must be looking forward to long service leave. Six years on, Coda is mightily familiar but it certainly doesn’t breed contempt. Quite the opposite, really.