In the most exciting restaurant news since Andrew McConnell opened Marion next door, Cutler & Co brings back its bar (among other things)

Update: We attended this venue in May 2017 and some details may have altered since then.

In the PR world they’d call it a brand refresh. In the cosmetic enhancement world they’d call it a nip and a tuck. In the military world they’d say Cutler & Co has gone in for a surgical strike. Whatever the nomenclature, Andrew McConnell has given his major Gertrude Street address a thorough going-over after eight years, dusting away any cobwebs, polishing the nameplate… and in the process devising a canny way of getting back in the media again.

It’s an indictment of our modern age that restaurants now have the equivalent of dog years. An accelerated life cycle means eight years is boringly middle-aged - hence the A-Mac’s decision to call in designer du jour Iva Foschia, who has deployed green marble slabs with abandon; introduced semi-circular leather booths, and knocked windows into the back wall, giving new life to the difficult space at the rear. It looks a million bucks. The best bit: the bar, reprised from days of yore (or at least 2012-ish), which never totally fired, spatially speaking, now has all the necessary accoutrements to succeed, including being wrapped around the open kitchen and basking in its energy. Nor should the siren song of an aperitif bar be ignored – Champagne rests on ice and a Negroni is only a charming waiter away.

Melbourne, meet your new favourite snacking spot, where a seafood-centric bar menu offers breaded abalone with tonkatsu sauce sandwiched in the kind of high-GI white bread your doctor warned you about. There are oysters so screamingly fresh you wonder if the rest of the Melbourne restaurant world is being dudded, and Padron peppers flashed in sherry vinegar play their sinister game of Russian roulette.

It’s a remarkably easy place to while away a few hours – but it would be a mistake to ignore Cutler & Co’s marquee menu, on offer further into the mood-lit inner sanctum where the trademark elegance has been refashioned into… trademark elegance. Glistening rounds of duckfish interleaved with translucent pickled daikon and dabbed in fresh Tasmanian wasabi, draped over a hillock of crème fraîche and salmon roe would easily win the title of crudo of the year, if such a thing existed. The pigeon has emerged as the go-to dish in the early stages of the reinvention. The gamey meat is matched by the iron depths of chicken liver, the torched sweetness of fig and salty swatches of jamon.

A mushroom pithivier with aged Comté, salt-baked celeriac buckwheat pancakes (à la beef Wellington) has as much meaty grunt as a vegetarian dish could conceivably hope for. Suckling pig with toffee-thin crackling, playing it minimalist with little sweet-sour onions and a thyme-heavy potato cake, is another winner. It’s all been cunningly calculated to send diners into a tizz of menu indecision. Bless them for the new livery, but some things never change. 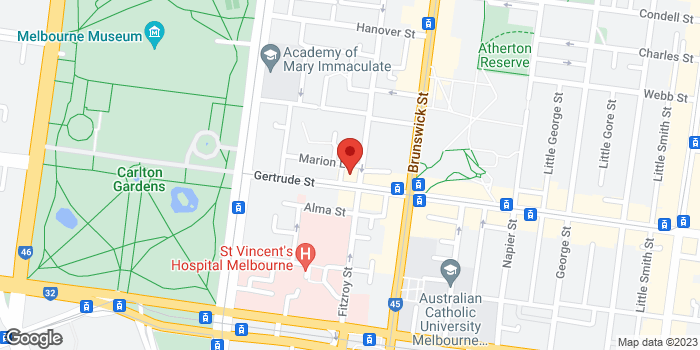 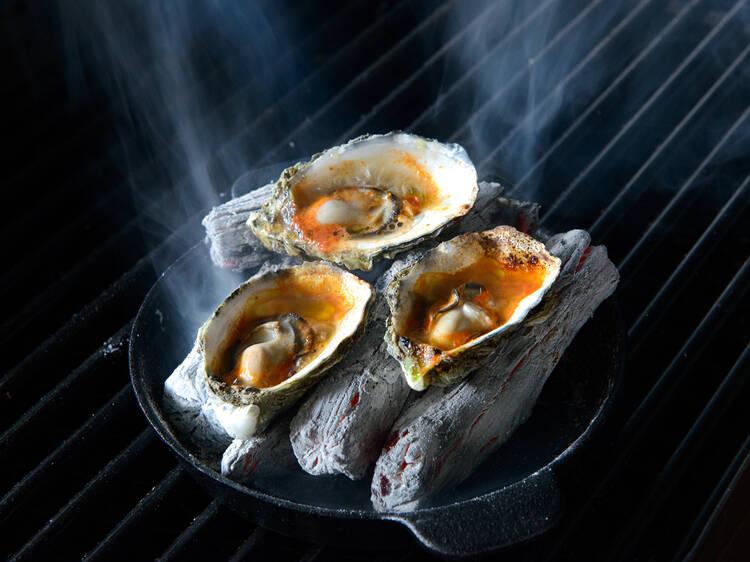 Let Cutler and Co cure the familiar gloominess that pervades with the rolling in of colder days with the launch of their new autumn grill menu, on offer until the end of May. Be reminded of the pleasures and possibilities of autumn with hot dishes to counter cold days, boozy meals to warm you from the inside out and the smoky smell of fire filling the air.  The menu is centred around cooking in front of an open fire, and all dishes are constructed from the finest seasonal ingredients. Head chef Tana Rattananikom describes the dishes chosen for the new menu as "simplicity at its finest." Five-year-old jumbo Pacific oysters are grilled and brushed with beef fat, Ortiz anchovy toast is served with smoked butter and slow-grilled new season potatoes serve as the perfect vehicle for Polanco Oscietra caviar, sour cream and chives.  Tana encourages diners to sit down for a full meal from the menu, or even to stop by for a "quick bite and a glass of something delicious." Responsible for said something delicious is head sommelier Penny Vine (with an ironically fitting surname). Penny proudly proclaims the Plageoles Gaillac l’Ondenc will please wine lovers as it's a "salty, savoury, full but fresh white wine made from the almost extinct and super rare grape variety, Ondenc." The autumn grill menu is available from Thursdays to Sundays for dinner and lunch until May 29. Consider also stopping by for Sunday lunch (at $95 per person for four courses) to experience a relaxed and generous ce