Restaurants, Mexican Collingwood
3 out of 5 stars 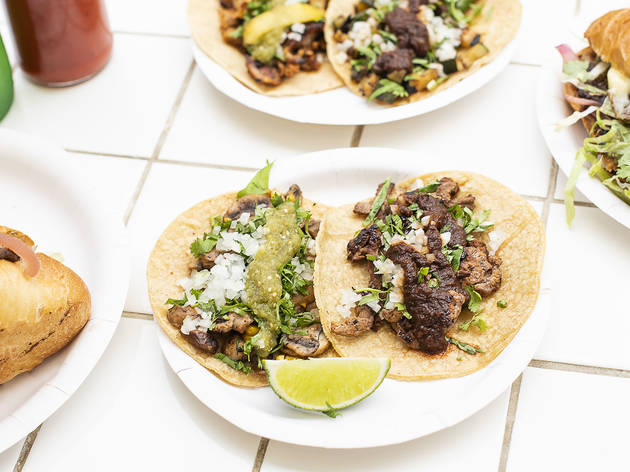 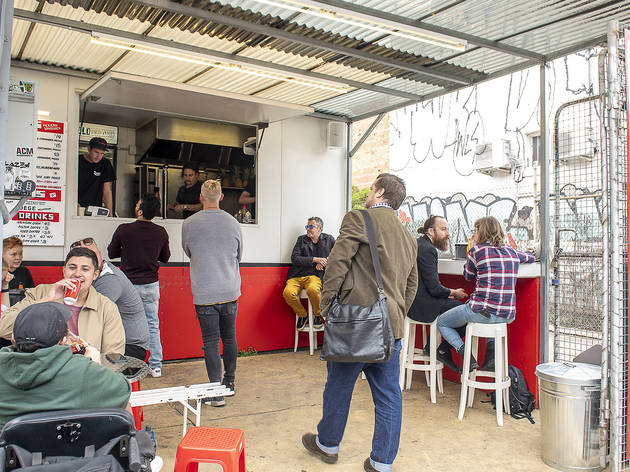 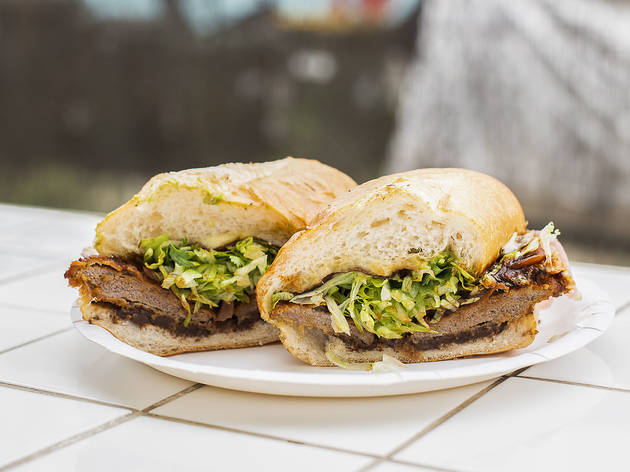 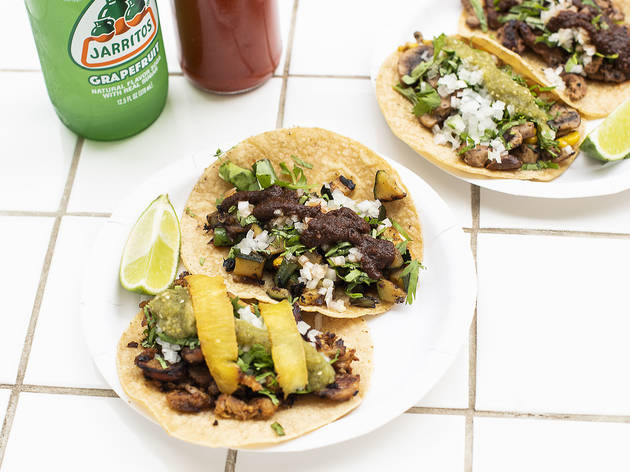 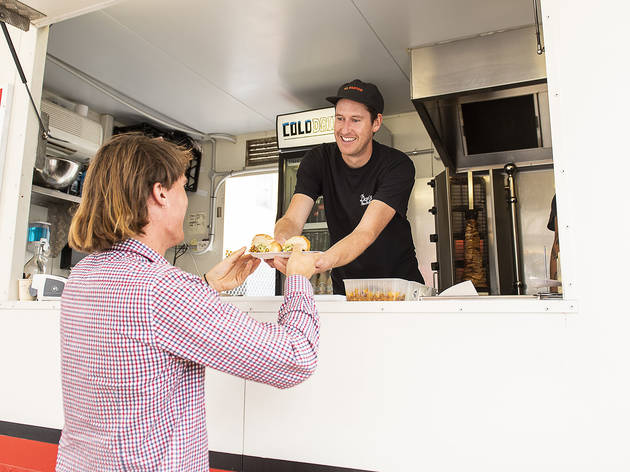 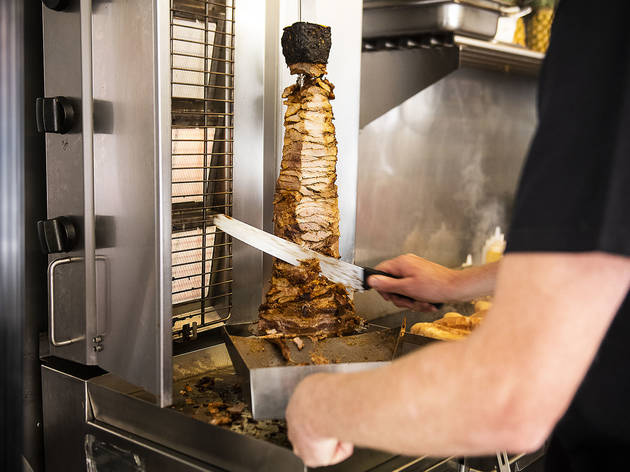 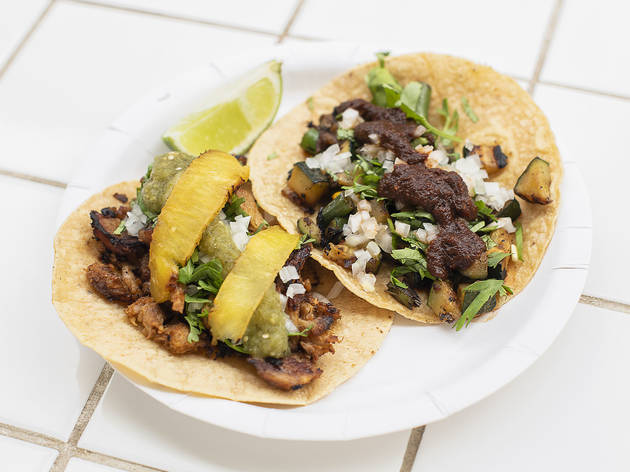 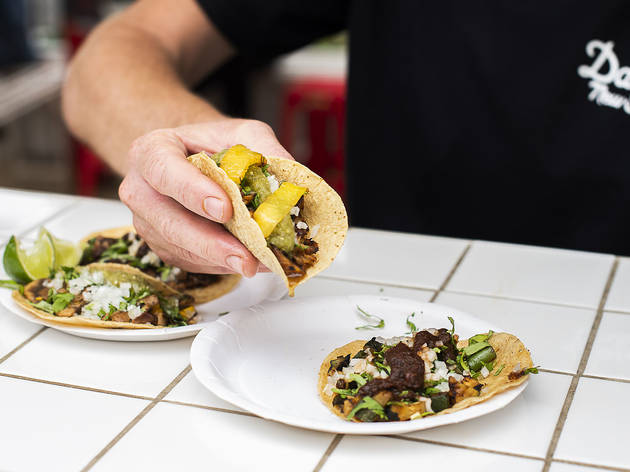 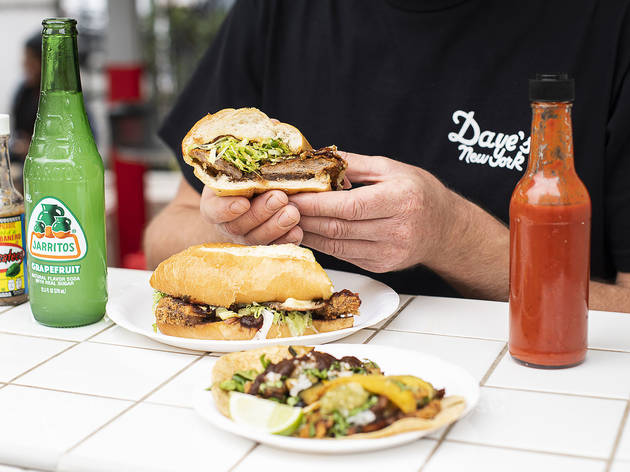 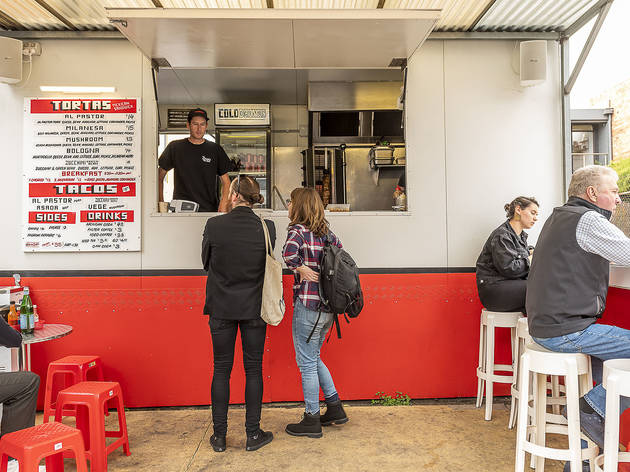 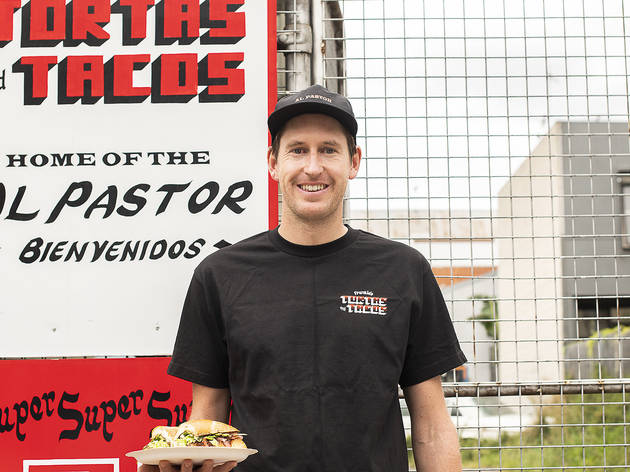 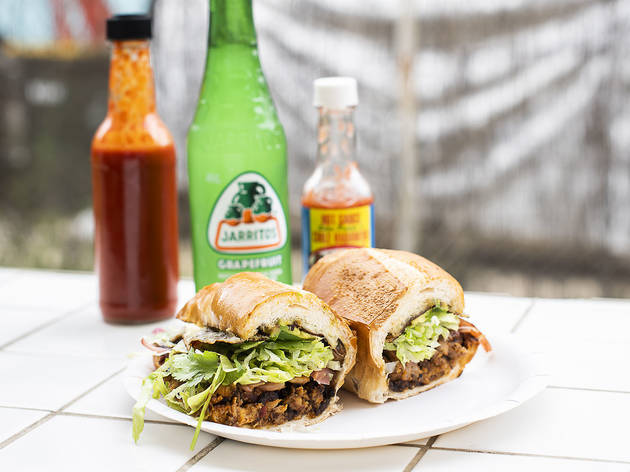 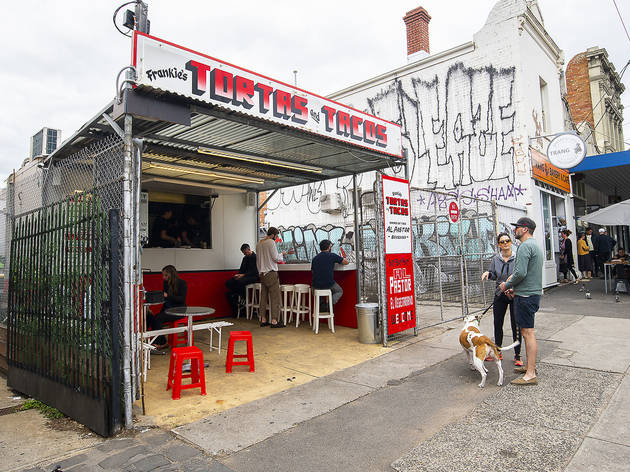 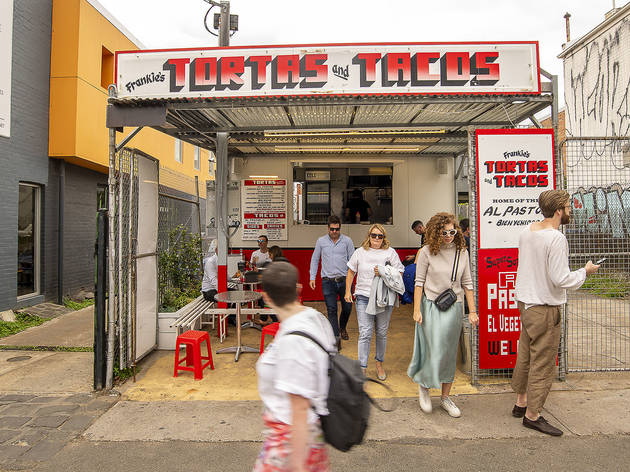 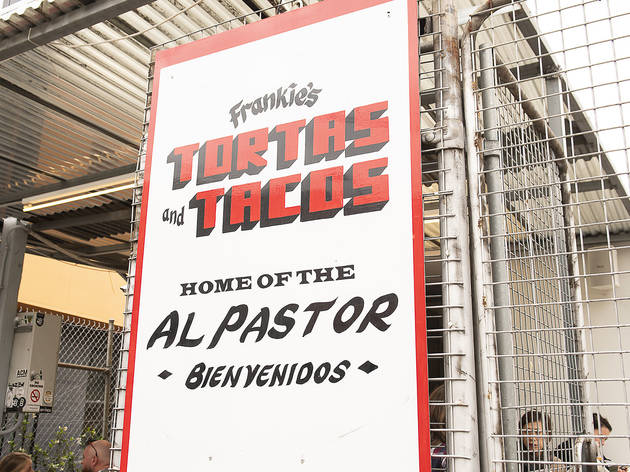 A pumping taco and sandwich truck putts into Collingwood

We’re eight-deep in the queue here at Frankie’s Tortas and Tacos, a stationary Mexican food truck servicing the outlet adventure stores of Smith Street’s arse end. “Heavens to Murgatroyd!” we exclaim, in unison, in our heads, in two-part harmony. “Why, it’s only a Tuesday! It’s but 12.30pm on a Tuesday, and we’re stood in a great sodding queue! Imagine!”

Frankie’s opens at midday, and arriving much after is to risk the ultimate disappointment. “They often run out of food – get there early” goes the cautionary tale of diners and would-bes past. It’s a good selling strategy – just ask Brunswick’s Juaninto’s (née La Paloma): create delicious thing, make little of it daily, generate urgency, convert urgency into buzz, foster addiction, yield profit. Maybe it’s intentional, maybe it’s not. Either way, when the goods are as bulletproof as, say, the Paloma Roll, everyone’s winning.

Six-deep in the queue and Frankie’s reveals its form – a caged area extends from the white truck (and one-time kebab joint, complete with functional kebab rig, more on that in a moment) to the street and offers questionable seating (red plastic stools, iron benches and a few bar stools) for roughly 15. Palpably smug typography courtesy of the team that nailed Leonardo’s declares Frankie’s the “Home of the Al Pastor”: a rotisserie-pork taco or torta filling courtesy of Mexico’s first Middle Eastern immigrants, who allegedly introduced their new pals to the spit (praise be). It’s an aesthetic triumph, popping like a stereogram from its humdrum surroundings. It screams Collingwood, it screams Mexico, and it’s no doubt part of the reason that we are still in the queue.

Two-deep and the menu appears, slapped on the wall in two parts: tortas and tacos. Tortas, if you must know, equals sandwiches. Queuers choose from al pastor, milanesa (a Latinx cousin of the schnitzel) or mushroom tortas, each finished with grilled queso (hell yes-o), refried beans, pickled onion, lettuce, avocado and coriander. Tacos come as al pastor, asada (beef) or vege (mushroom). Mexican soda, filter and iced coffees and iced tea rounds out a concise menu – most of which is now ready to be collected from the counter following an understandable and really quite impressive ten-minute wait.

“I’m from America,” proclaims an American next to us, “and this is the closest thing to real Mexican food I can find in Melbourne.” Cool.

If you’re a Los Hermanos regular, you’re going to find the tacos here on the smaller side, but at $4 a pop, you’re likely breaking even. And they rule. The asada is not the most tender out there, but loaded with diced onion, coriander, barbecued pineapple and a rich brown habanero salsa, it pops. Lose the pineapple, switch out the brown sauce for green and the beef for the rotisserie pork and you have the al pastor – its juicy shards of edge-charred pork auguring well for its sister torta. As was foretold, save for the feature protein, there’s not much variation between the tortas, but the crisp, oily outer shell and its constituent fillings are great bedfellows for your favourite meat or mushrooms – the rich, fried breading of the milanesa shades the rest for ours, but you really can’t go wrong. They’re not massive, it should be known, so keep an extra $4-8 on you as insurance.

A reggae cover of Phil Collins’ ‘Think Twice’ plays (‘It’s just another day for you and me, you and me in paradise Kingston Town’) as we drain the colas and peck around our paper plates for fallen pork.

Frankie’s is confusing. It’s too Smith Street to be a food truck and too food truck to be comfortable. The food is delicious, no doubt – that American guy loved it. But jagging a coveted seat can be tricky, and the moment that last bite enters your mouth common courtesy dictates you should hightail it. That’s all fine in Mexico City, say, where street food is a real thing and the stools aren’t ironic, but when your sandwich is $15 and your supplementary taco(s) are $4 each, do you really want to feel that pressure?

Near Frankie's Tortas and Tacos