Restaurants, Japanese Richmond
3 out of 5 stars 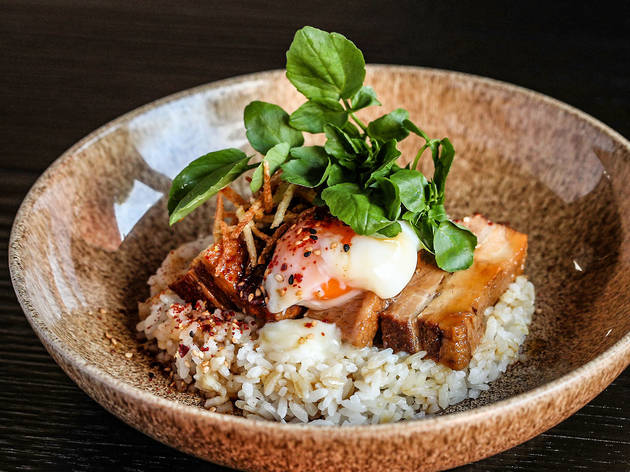 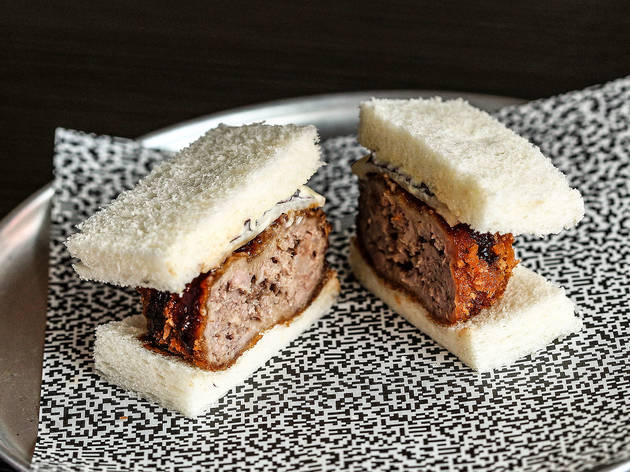 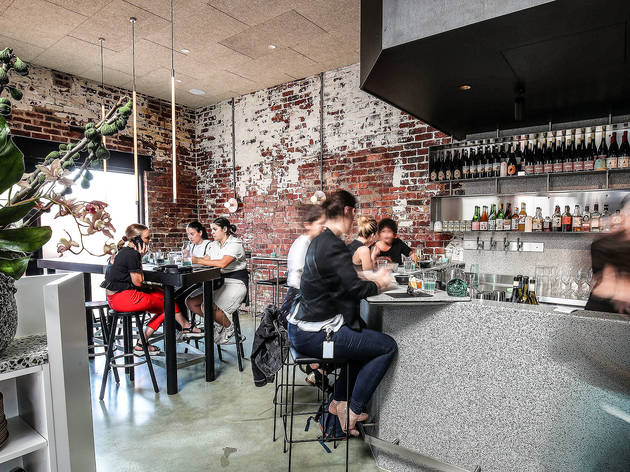 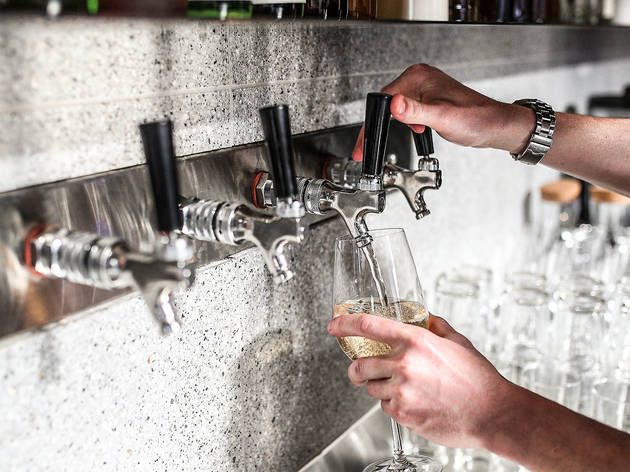 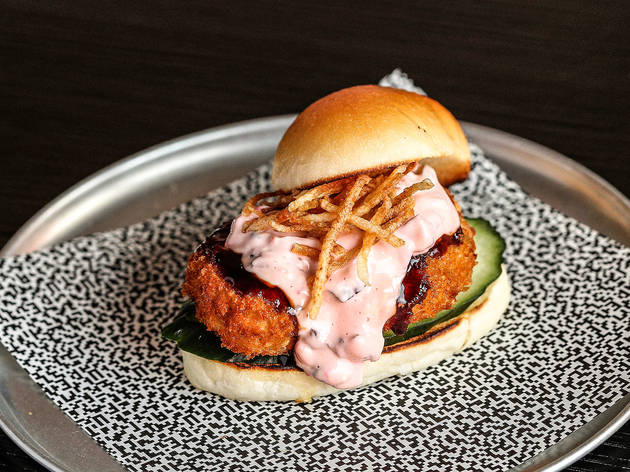 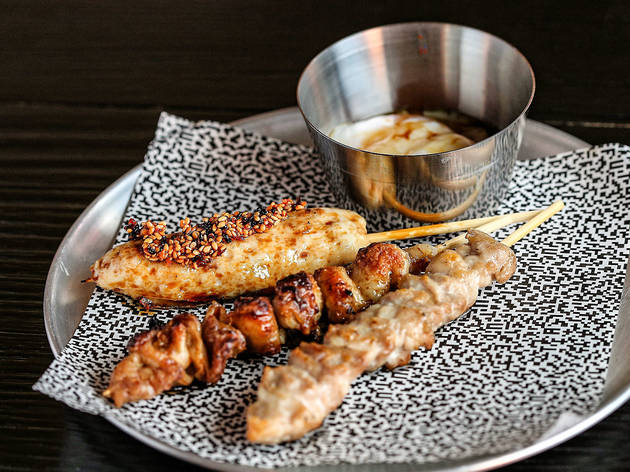 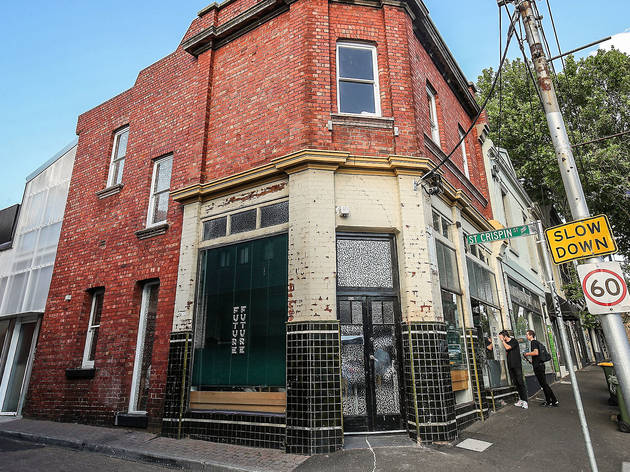 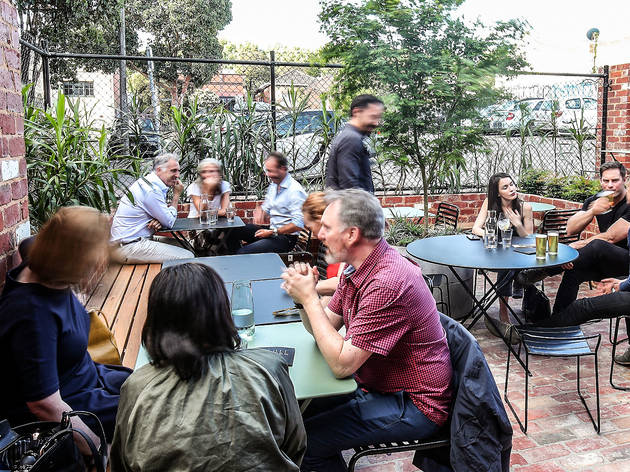 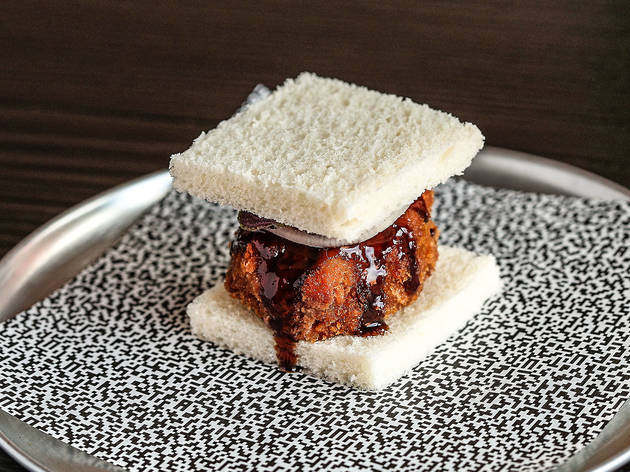 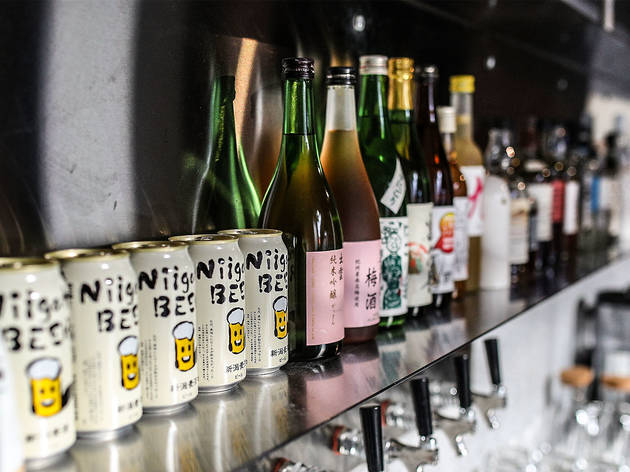 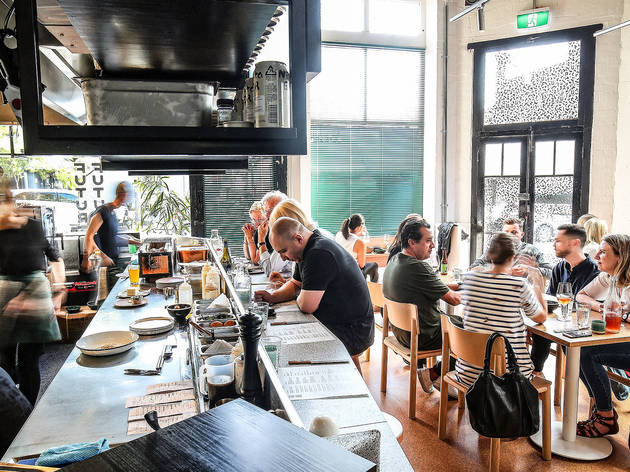 If you loved Congress’ pigs head sanga – you know, the fried puck of pork with added juicy stock explosion – there’s every chance you’ll be pretty happy with Future Future’s crumbed meatball katsu-sando. Recipe: take one fat puck of beef, introduce it to a fryer, slap it in spongy white bread with a shameless amount of Kewpie mayo and tonkatsu sauce, then salvage its dignity with the fresh crunch of daikon. While we’re on the subject of sexy sandwiches, the panko-crumbed prawn number is on the money, too (literally, at nine dollars) with its zesty lick of cocktail sauce and milk bun.

Future Future is the latest addition to the nascent restaurant stable that started with Collingwood’s Congress, and this time the premise is tailor-made for the Millennial young professional crowd congregating in the inner `burbs and using cafes and restaurants as their social hunting ground.

Congress certainly got Collingwood right, especially with its new apartment build overhead creating a live-in audience, but Future Future, which inhabits a red brick corner shop smarted up with blonde wood, steel and Pinterest-worthy light fittings, is having a wilder stab at Richmond’s algorithms.

It’s only eight years since Melbourne was excitedly grasping the concept of the izakaya and here we are, facing a menu boasting an okonomiyaki of a matcha crepe with provolone, kewpie mayo and cabbage. There’s less gastro-pedantry than you might expect of a former Kappo sous chef, although some things, like the yakitori, stick tightly to the script. A triumvirate of smoke-licked chicken includes thigh, crisp-ish skin and meatball, the latter arriving with a ceramic pot of onsen egg and soy to use as a dipping sauce that fails to get much traction. The fried eggplant is fairly textbook, too, its flavour-sopper talents put to work here with chilli oil, dashi and a rugged sprinkling of furikake.

The menu is weighted towards the snacks and leaves, with the heavy lifting left to donburi and a few meaty mains. Of the former, soft swatches of braised pork belly with a lift from yuzu salt arrive with a heavy hatching of fried potato sticks giving textural relief. Hapuka arrives in what the menu calls lemon butter, but it is something closer to a thin soup with only a faint citrus kick, dominated by dashi or the wakame flecks that congregate in the depths.

It’s one of only two dishes over $20 but you’ll need a side dish. Baby cos lettuce with a sauce of minced onion and the twig-like superfood known as hijiki seaweed is a decent idea lessened by fridge-coldness.

There are plans afoot for Future Future. The timber-clad courtyard should have received furniture by now. The upstairs rooftop bar is due to open by summer. The drinks list, which has friulano from Mornington Peninsula's skinsy scene queen Kath Quealy on tap, six sakes and a tight list of sun-loving cocktails, is certain to aid enjoyment of both. That’s the near future covered, then. Beyond that? We’re not in the business of predicting the future, but our crystal ball does spy plenty of meatball sandos.