Restaurants, Chinese Melbourne
3 out of 5 stars 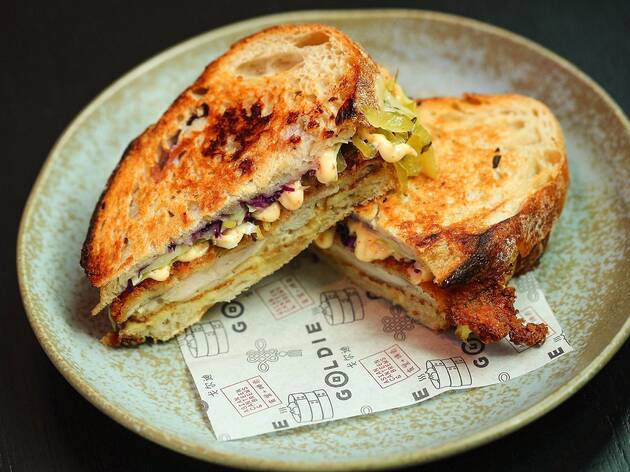 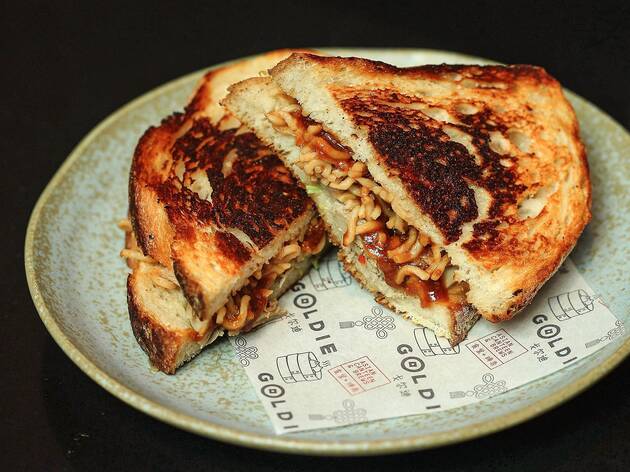 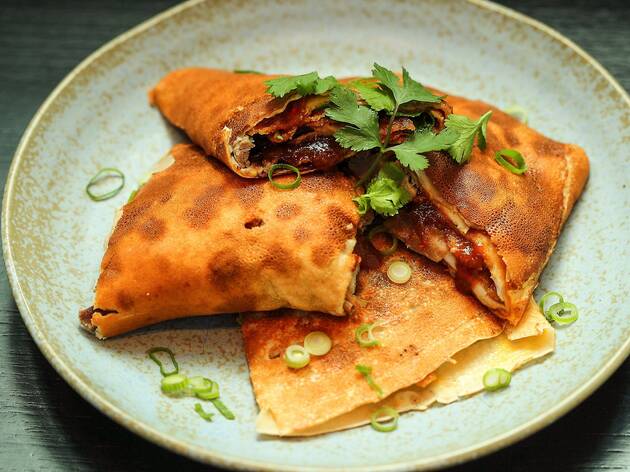 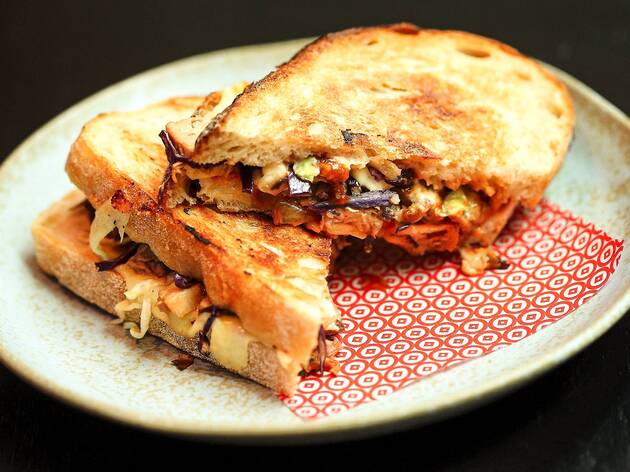 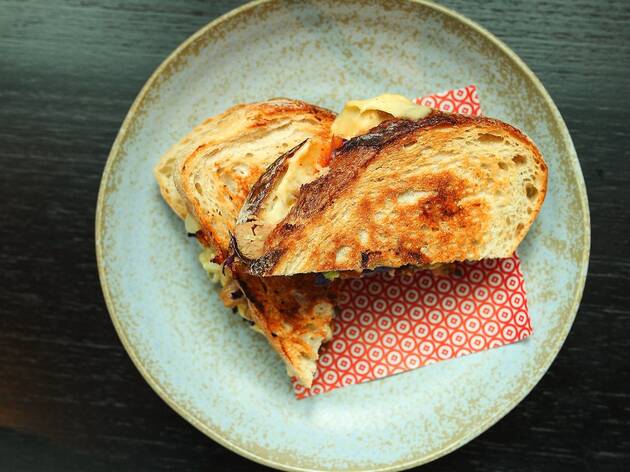 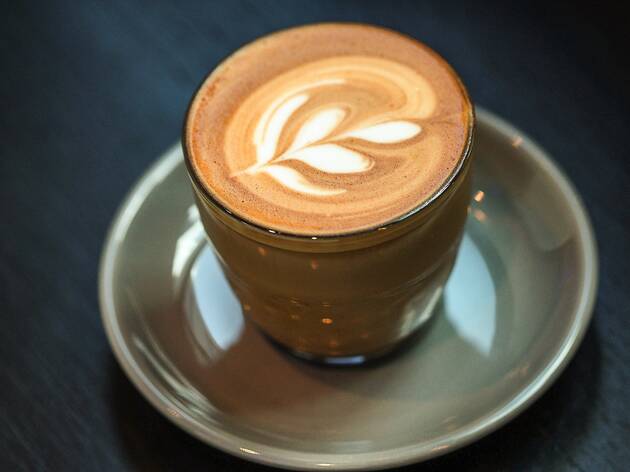 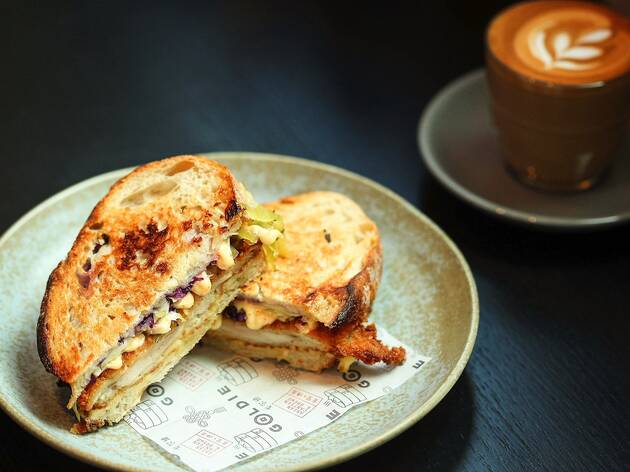 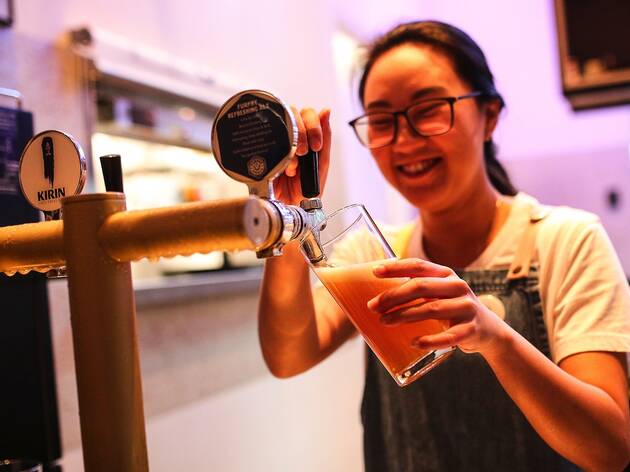 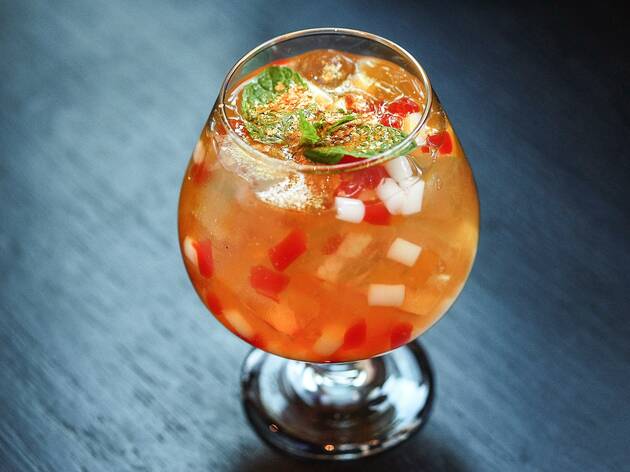 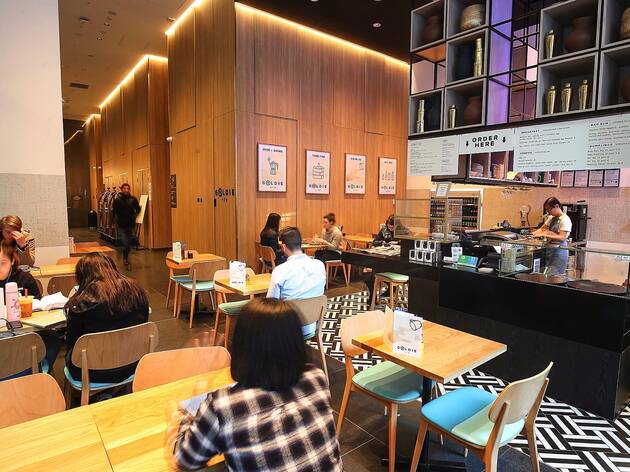 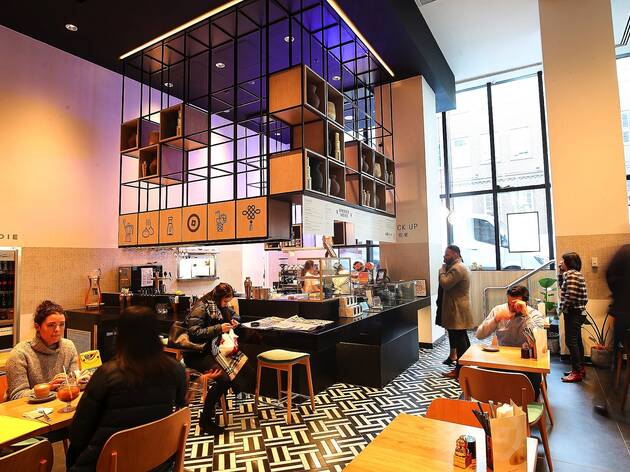 Bing, bao and bubble tea: it’s not the hotel lobby café you know

You have to love the audaciousness of a carb-on-carb dish, which defies convention to give us gems from the culinary canon like potato pizza, red bean mochi, and the glorious chip butty.

The latest to straddle that fine line between crazy and genius is all-day CBD eatery Goldie Canteen, which has created a macro-busting frankensandwich that stuffs instant ramen and peking duck between its bready borders. With crunchy, toasted sourdough couching the slip of noodles and hoisin sauce, bolstered by a layer of juicy shredded duck meat, it may sound like the brainwave of a stoner or a child, but there’s no denying it strikes those pleasure receptors square on.

A second punt on the format is a take on jianbing, a Chinese breakfast street food. Thin, crisp crepes are given a wash of egg and earthy fermented soybean paste before being wrapped around a hot baton of youtiao, deep-fried dough crullers with an oily crunch. True jianbing fans will find Goldie’s take a lightweight cousin of the real thing, which is traditionally packed with scallions, sesame, wonton crisps and pork floss, but context forgives. After all, you couldn’t get much further from a Shanghainese pavement than the lobby of the Novotel Melbourne Central.

It’s an unexpected move for a hotel chain to open a bright Asian-inspired café, one that sports cute cartoon graphics and neon lights while spinning bing, bao and bubble tea. As could be expected, in the process of giving street food a hotel-ready polish they’ve also buffed out some of the kick. Pork belly bao sport wobbly layers of fat and nudge-apart tender meat, but it could do with a sprinkle more five spice in the braise and a smudge of sauce to tie it all together. And while chewy tapioca pearls have plenty of bounce, they swim in drinks with a heavier hand on the syrup pump than the tea plunger.

For best results stick with those turbocharged toasties, which include a chicken katsu and togarashi mayo number and a kimchi and char siu grilled cheese – delicious on their own merit without an OG to compare them to.

While there are plenty of places within the Hoddle Grid that’ll do you more faithful renditions of Chinese street food, Goldie’s refusal to play by the rules means it’s almost definitely the only place you can a get St Ali coffee or a draught Furphy to go with your plate of har gau and Sichuan eggplant bao. Better yet, because hotels operate in a timeless vacuum, you can order the same fill as easily at 7.30am and 7.30pm. Goldie’s blessing us with easy, please-y food that we’d take over a $20 club sandwiches and OJ any day. There are certainly worse ways to kill time until check-in than that ramen-filled toastie.