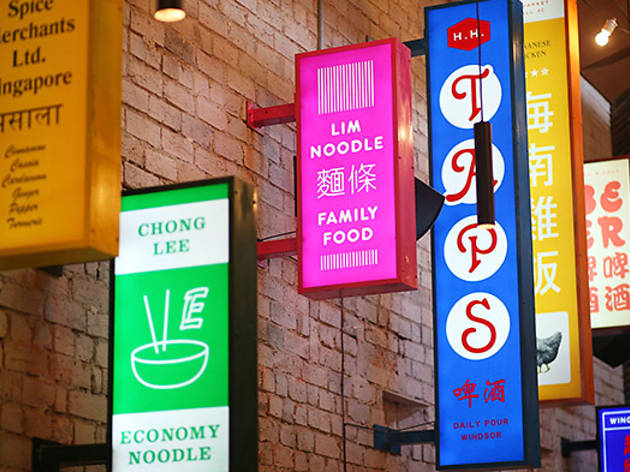 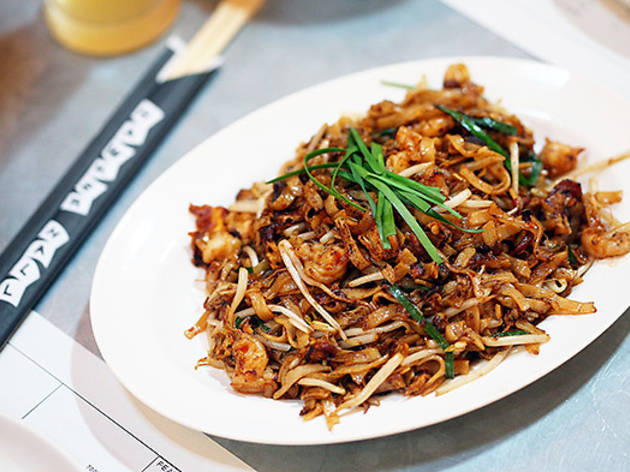 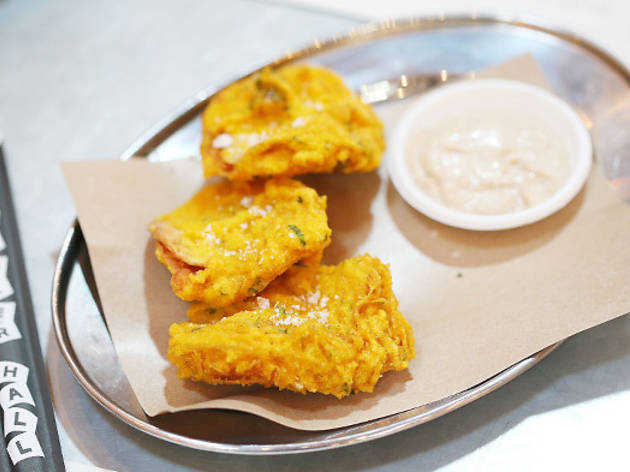 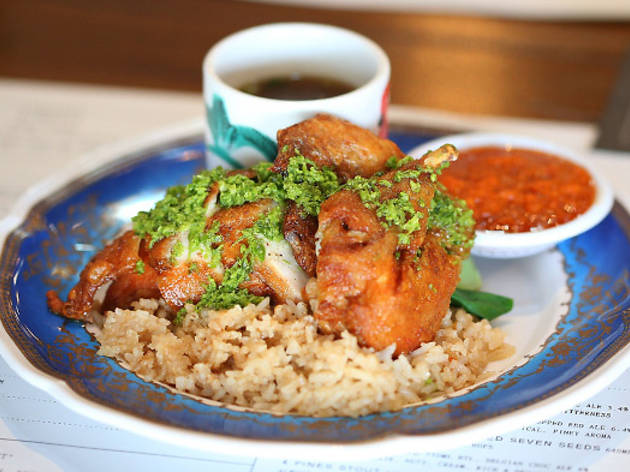 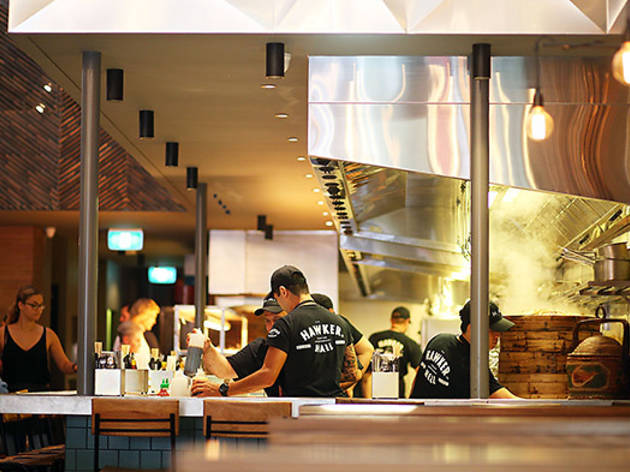 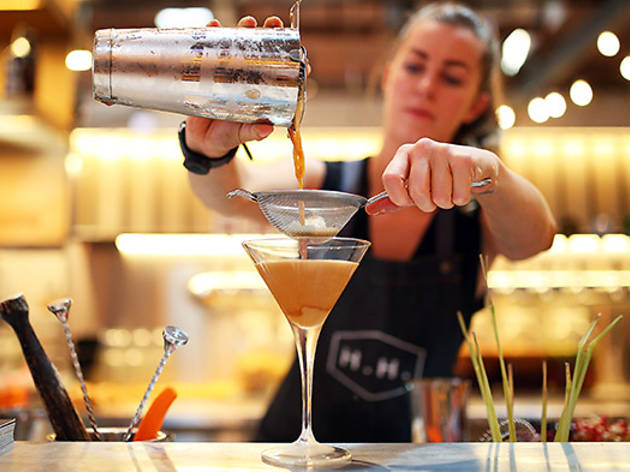 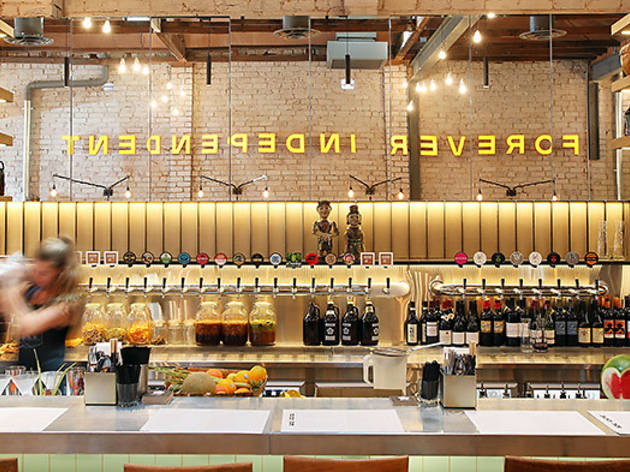 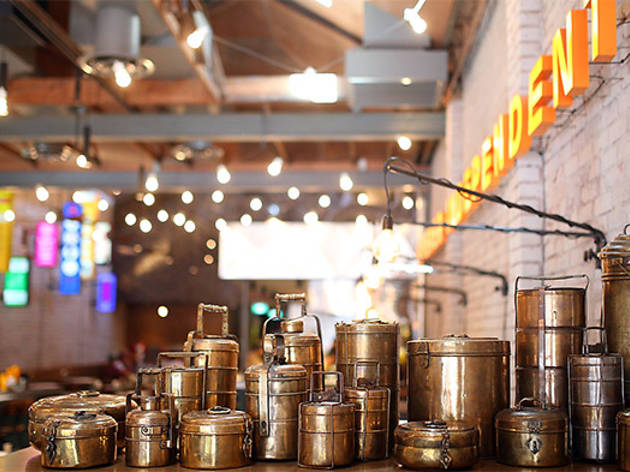 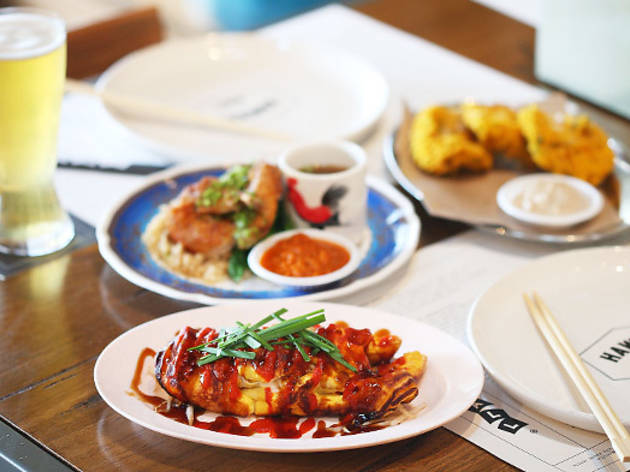 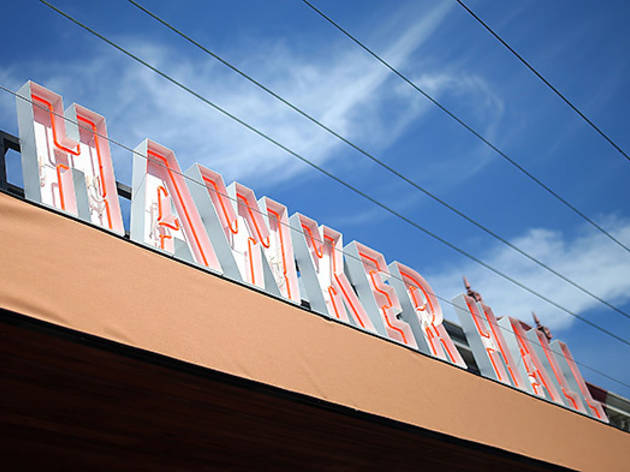 The mastermind behind Chin Chin, Baby and Kong lets the good times roll at this bustling pan-Asian eatery

You’ve got to hand it to Chris Lucas: the man sure knows how to put on a big production. He’s the Cecil B DeMille of the Gen Y food scene. But it turns out that his mega-hits Chin Chin, Baby and Kong were just warm-ups for Hawker Hall, in both its size (it could double as an aircraft hangar) and the breadth of the menu (60 dishes across 12 categories). It arrived pouting and ready for its Instagram treatment in October, an insouciant splice of beer hall and one of those upscale, modern hawker markets springing up in the Asian capitals. The legend "Forever Independent’" is emblazoned down one wall in block letters (independent from what it doesn’t say) and Asian food shop signs jut from the wall opposite with enough street flair to make you forget for an instant that this is a squillion-dollar fit-out on Chapel Street and not some cheap-as-chips one-dish specialist in back-lane Kuala Lumpur.

It is, in a word, dizzying, in that patented Lucas fashion: visually arresting, olfactorily pleasing thanks to the hard-working woks in the open kitchen, and packed to the rafters with a well-dressed sliver of humanity.

And so to the menu. Once again the work of the group’s executive chef Benjamin Cooper, it flits from beer food and dumplings and buns, through to roti and satay, noodles and salads, proteins from the coconut barbecue and curries and stir fries. Two people can barely scratch the surface, which is why this rowdy no-bookings joint is best tackled with a sizable crew nestled into one of the booths. You’ll want to drink up, which saying that a) that the beer list is long and interesting, bordering happily onto the obscure, and b) that the food, which is a simulation of swings and roundabouts, isn’t really the main deal here, more a hook on which to hang an entertainment extravaganza while Neverending Story warbles (hopefully) ironically on the sound system.

Prawn and ginger dumplings, for example, are more notable for the gumminess of the skins than any brilliance to the thin soy and black vinegar caramel sauce, and meatballs with coconut are simply dry and dreary. Roti is a better bet – the flaky tissue paper-esque fried bread folded over curried potato with pickled cucumber. Char kway teow uses very thin rice noodles rather than your trad fat ricecake strips, jumbled with prawns and lup cheong, that little-goes-a-long-way Chinese sausage, the whole lot infused with that all-important smoky wok flavour. Make a beeline for the oyster omelette, a perfect expression of the eggy arts folded over a crunchy thicket of bean shoots and striped in Sriracha. Also worth considering is the Hainanese barbecue chicken rice, with good juicy cook and salty-crisp skin.