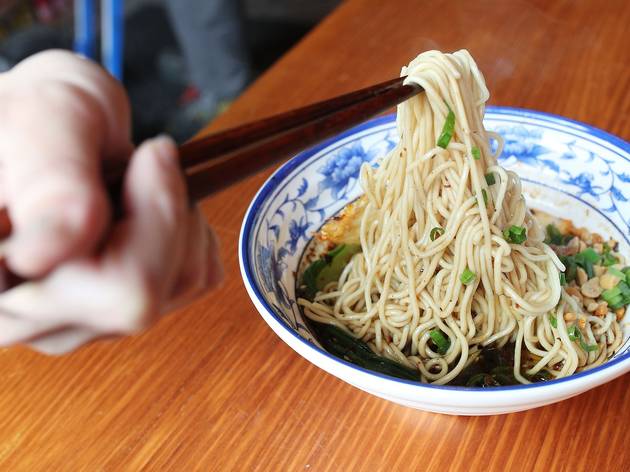 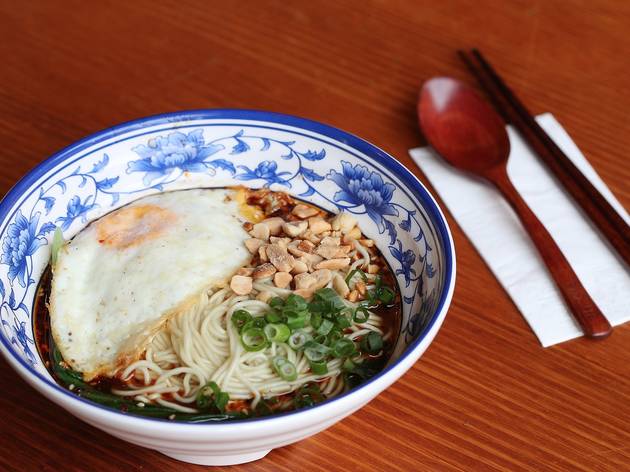 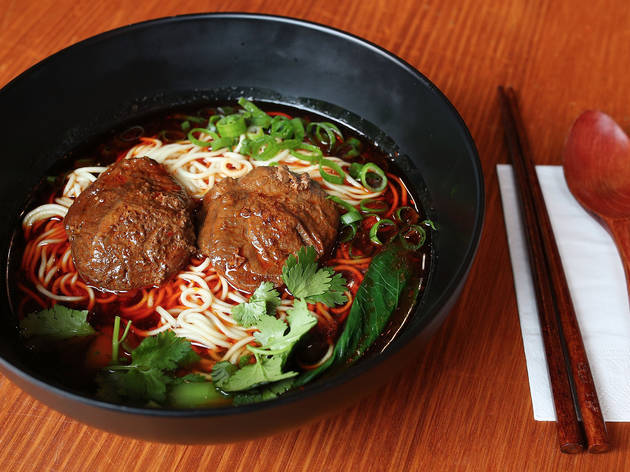 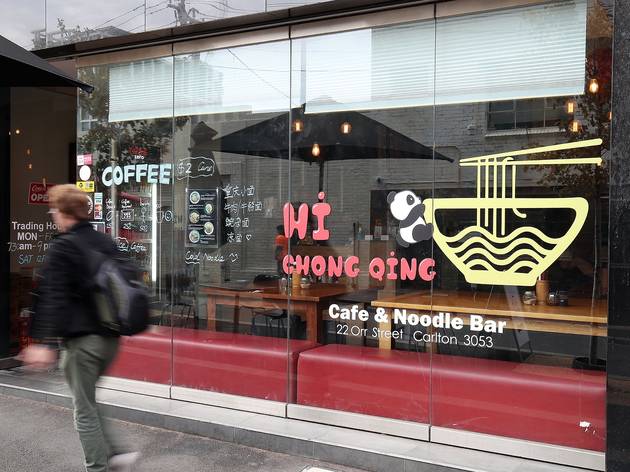 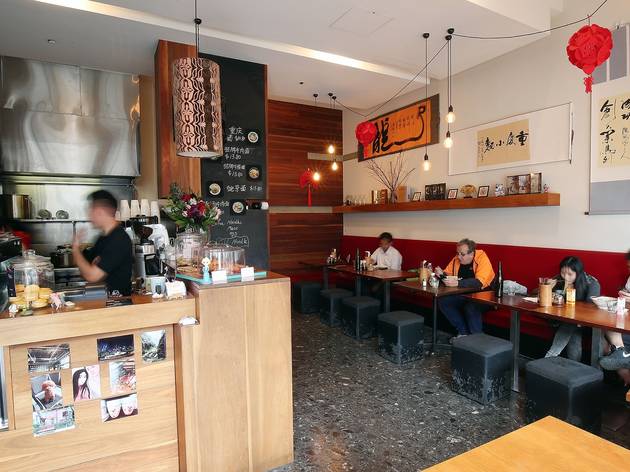 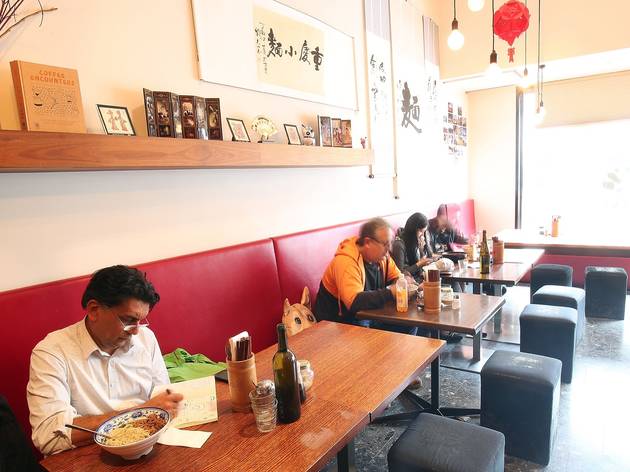 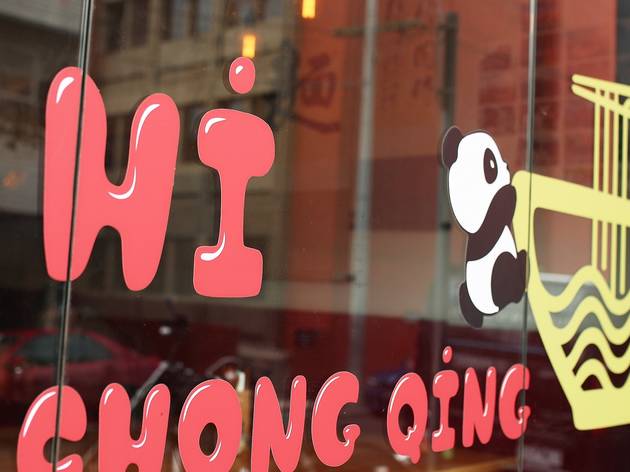 Are these the best noodles in Melbourne? Right now, they’re the only noodles we want to eat

If we were to tell you we know where the best noodles in Melbourne are, you’d most likely be expecting a ramen or laksa place, not an offbeat joint specialising in the food of the southwestern Chinese city Chongqing.

Chongqing is famous for two things – hotpot and noodles. The noodles came to attention in Melbourne last year when Chinese dating game show If You Are the One host Meng Fei opened Mr Meng Chongqing Gourmet in Elizabeth Street. Now we have Hi Chong Qing, housed in an unassuming shopfront between RMIT and Lygon Street, obscured by road works on every side and easily missed if you’re not looking for it. Trust us: you should be looking for it and its short-but-sweet menu of five noodle dishes.

Hi Chong Qing is the first venture from restaurateur Kevin Houng, who spent some time in Chongqing learning the art of making a good bowl of noodles from a master who has been honing his craft for 26 years. Fresh and springy wheat flour noodles, a mouth-numbing broth due to the inclusion of Sichuan peppercorns, and toppings ranging from intestines to pork feet are features of a traditional bowl of Chongqing noodles, but Houng has swapped out the spiciness for a more subtle level of heat and the offal with more conventional meat cuts.

Kevin says they are considered a breakfast staple in Chongqing but Hi Chong Qing instead serves up a standard fare of coffee and pastries such as Danishes and croissants in the mornings. This draws a steady enough crowd, but 11am is when the real fun begins and the noodles start being wheeled out. Prices start from $10.80 and go up to $15.80, and for a few extra dollars, you can add a fried egg or additional meat to your bowl.

In a departure from traditional meat-heavy versions, the ‘signature Chongqing noodles’ can be made in a vegetarian version if requested. The heady and restorative broth, whether veggo or reduced down from pork bones, is concocted from ten ingredients that include clearly discernible notes of garlic, ginger, coriander, spring onion, soy, chilli and, of course, Sichuan peppercorns. The well done fried egg that we add to the signature noodles absorbs the pungent aroma of the broth and is a textural delight. Don’t venture near these noodles with a white shirt, or without a serviette bib – these slurpable oily noodles are messy and they will stain.

The thin, slippery wheat flour noodles take centre stage in the ground pork and chickpea combination because this dish is traditionally served dry. Bound together by a fragrant marinade, the slightly sweet, deeply browned pork mince sauce is an explosion of umami and saltiness when eaten in a chopstick-pinched heap of chopped up spring onion, slivers of peanuts and smooth peeled chickpeas.

The taste-obliterating fire of traditional Sichuan and Chongqing food isn’t replicated in Hi Chong Qing’s noodles. Instead, the piquancy is subtler and the undertones of the meat sauces are more vinegary and reminiscent of ground red chillies. Hi Chong Qing customises the spiciness of its noodles upon request, but we bravely request the chilli-laden versions of our respective dishes. The heat gradually rising in our throats induces brow sweats and causes us to reach for our boxed soft drinks.

Hi Chong Qing offers three other varieties additional to the ones we try, each derived from cow – spicy beef noodles, spicy beef tendon noodles and medicinal Chinese herb beef noodles. Houng plans to supplement the menu with more side dishes in the near future, but he need not bother – his succinct menu is knocking it out of the park as it is. These contemporary versions of Chongqing noodles will help spread the faith: ramen’s days at the top of the noodle chain look like they could be numbered.