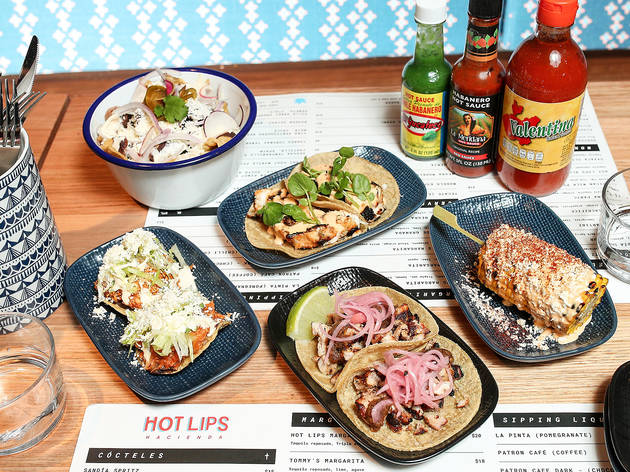 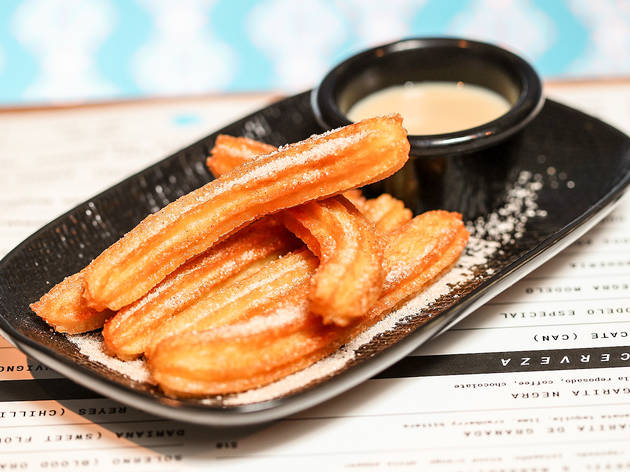 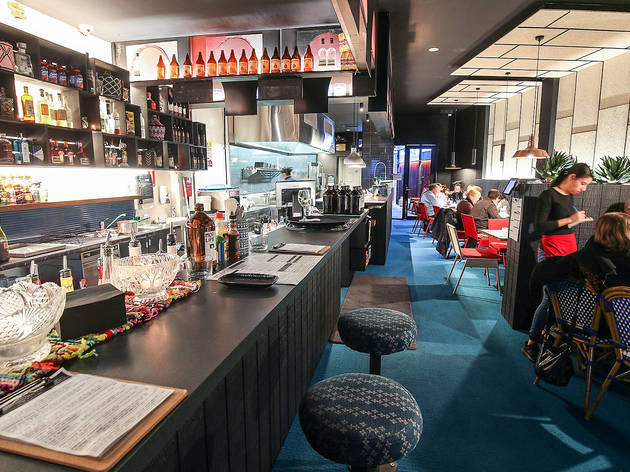 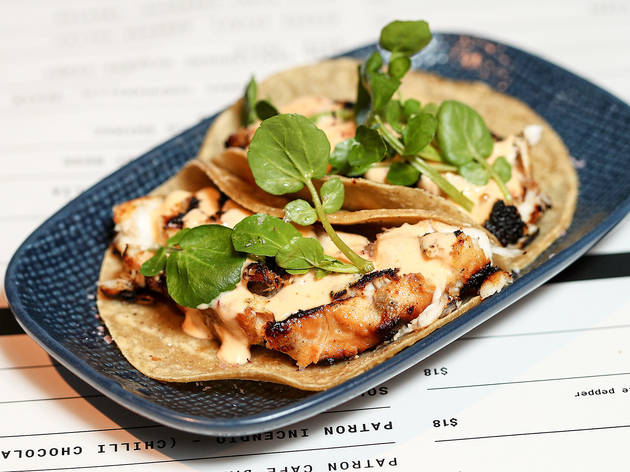 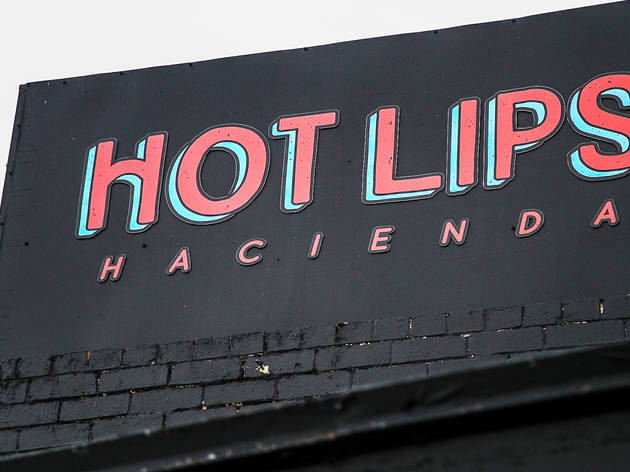 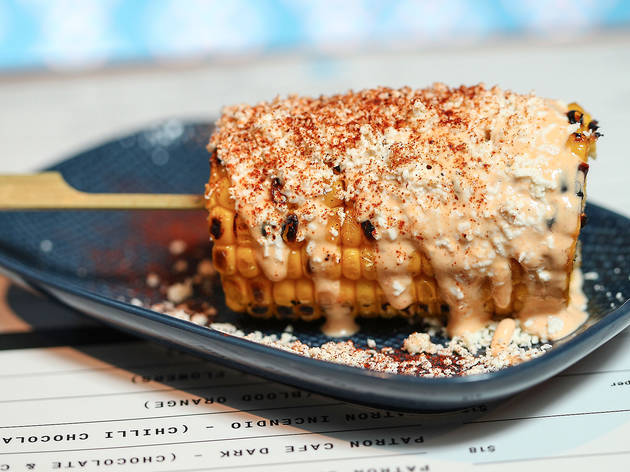 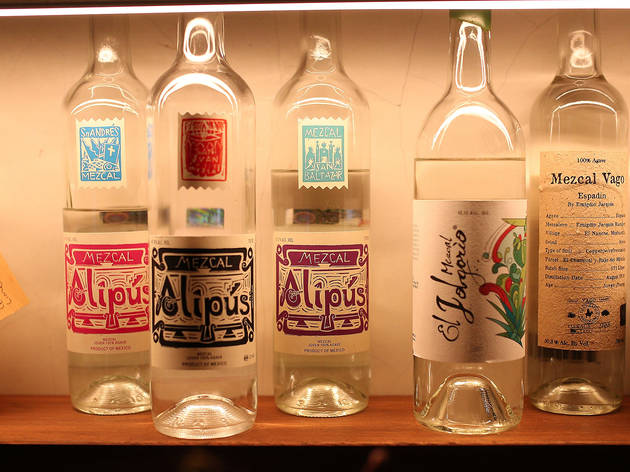 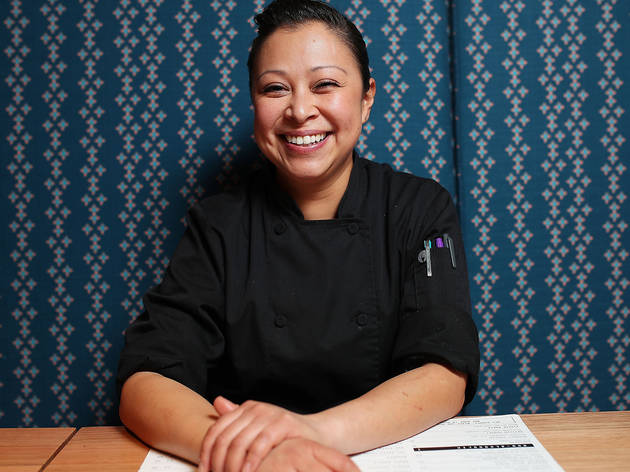 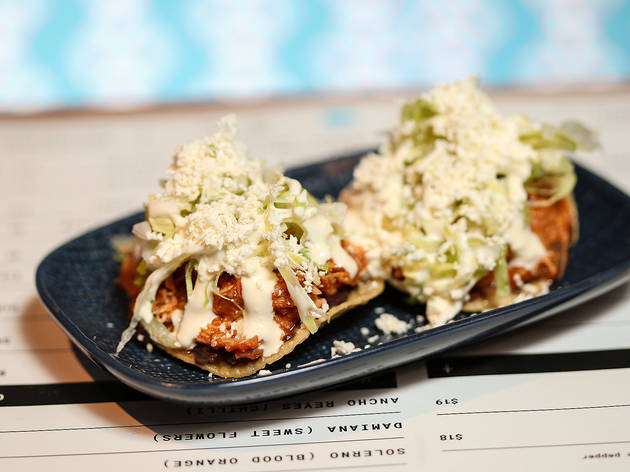 Gluten-free Mexican street food and a killer tequila and mezcal selection down Bayside? Pucker up for Hot Lips Hacienda

Steve Kingi is on a mission to put the City of Bayside on the culinary map. Last year he opened Typhoon, a hit with pho enthusiasts, and in April, he teamed up with another local, Liam Tighe, to spearhead Mexican dining in the area with Hot Lips Hacienda – a taste of vibrant Mexico City in sleepy Highett.

A multi-coloured poncho hanging on the wall inside the former newsagency is the only hint that this is a Mexican restaurant. You’re looking at a menu of traditional street food – mostly tostaditas, tacos and quesadillas – care of ex-La Tortilleria chef Sachiko Makihara. Their nixtamal tortillas also come from La Tortilleria, where they are freshly baked in proper stonemill ovens.

Whet your appetite with chilaquiles negros, which are bona fide nachos, not your Tex-Mex guac-salsa-shredded cheese affair. Corn chips are dressed with a black bean salsa, Mexican crema (a liquidy sour cream), fresh radish and jalapeños. It delivers crunch, tang, and spice – the trifecta of Mexican cuisine – and it’s a damn shame there’s not more of the topping. The classic late-night snack elotes callejeros is a juicy, barbecued corn on the cob jazzed up with crema, chipotle chilli for that distinct smoky flavour, and queso fresco.

Tostaditas are bite-sized flavour bombs loaded with meats (there’s one veg option), salsas, onion and spices. Try the pollo – chicken slow cooked with tomatoes, onions and chipotle and topped with black bean salsa, lettuce and oodles of queso fresco. The tacos pay homage to different regions of Mexico: the pescado from the south has grilled barramundi, chipotle salsa and watercress, while the star is the chicken taco from the Tequila region that features charcoal chicken in a secret marinade of tequila and spices (there are whispers of paprika and chipotle, but the chef is hush-hush on the rest). It’s finished with a fiery habanero salsa that jumpstarts your taste buds, while the pickled onion garnish kicks it into another gear with salty savouriness.

Everything is designed to share but the portions are quite small, and after a few rounds of tacos and Margaritas you’ll crack $100, easy. To cater for those with big appetites, they have a larger daily dish: maybe it’s a whole butterfly chicken with rice and beans, a chocolate mole soup or the famous sopa de tortilla (tortilla soup).

The flavours are supposed to conjure the street eats of Mexico but they could afford to ratchet up the chilli. Those that can take the heat are advised to douse their food in La Meridiana habanero hot sauce, or the citrusy, vinegary Valentina salsa. On the plus side, the entire menu is gluten-free.

You’ll come for the food, but you’ll want to stay for the bar. They’re pouring 30 different types of mezcals and tequilas each, most of which aren’t on the menu. Ask the friendly bar staff to help you choose. They’re even adding them to dessert: the churros come with a lip-smacking tequila-and-chilli-infused sauce, and there’s a Café Patron-laced version (there’s also a non-alcoholic caramelised goat’s milk option for kids). Sleepy Highett, no more. It’s time for a fiesta.

I'm here for dinner (and drinks)

Hungry? Select this option so we can seat your table in a prime eating spot. Terms and Conditions: Maximum of 20 diners. Includes VAT, includes service. Valid For: 1 - 20 People Wed-Sat 4:30PM-8:30PM

I'm in it for the drinks!

Here to drink? Great, this makes it easier to seat your table in a prime drinking spot. Terms and Conditions: Maximum of 20 diners. Includes VAT, includes service. Valid For: 1 - 20 People Wed-Sat 4:30PM-9:15PM

Offer valid until Jul 2 2119
You may also like
Best selling Time Out Offers
Popular on Time Out
We know this city. Do you?