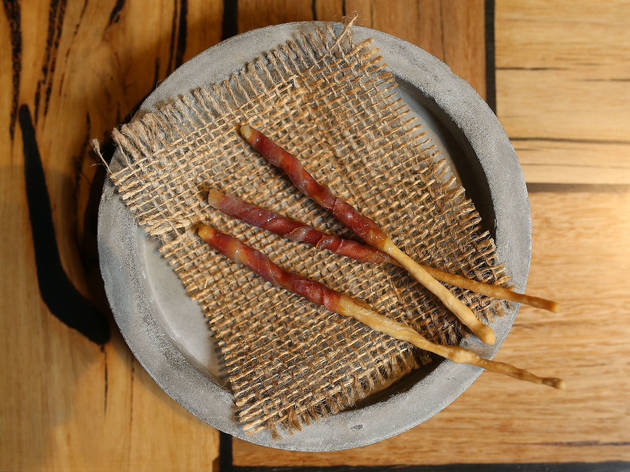 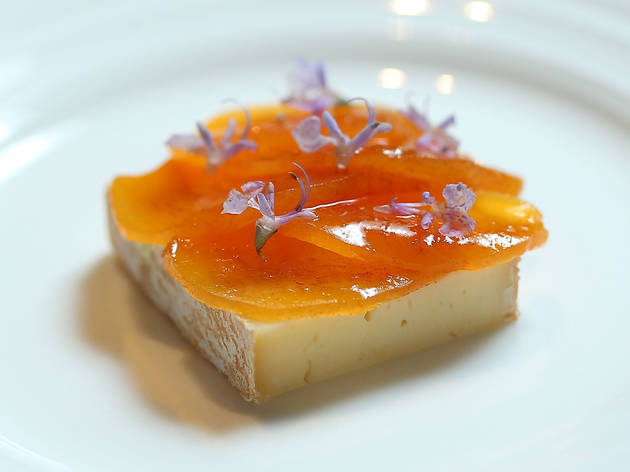 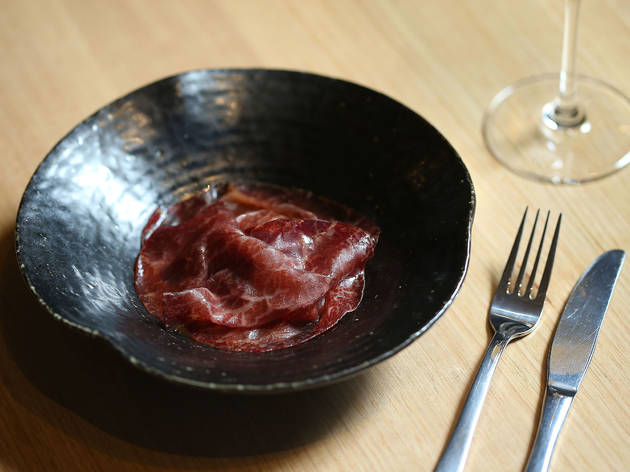 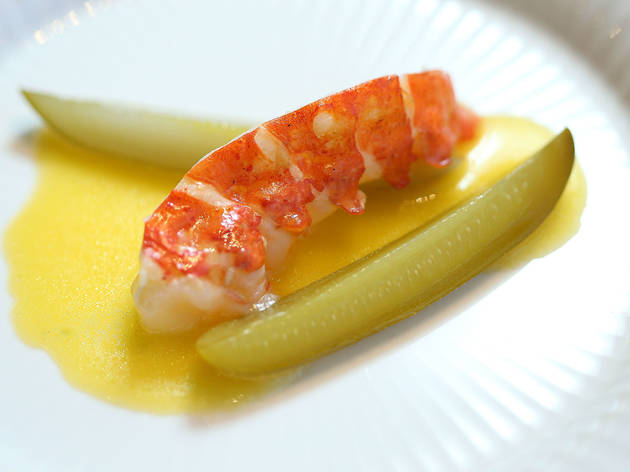 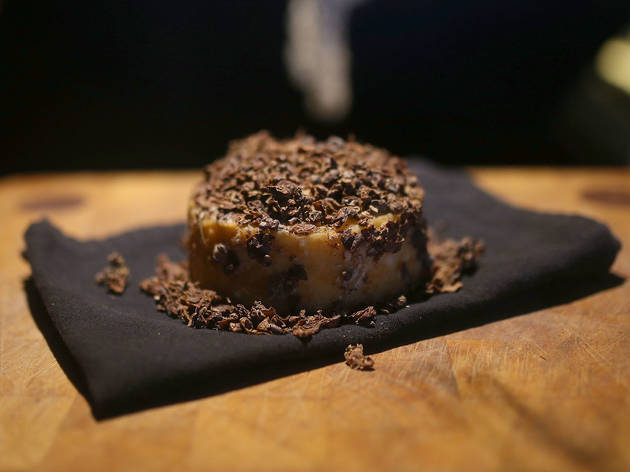 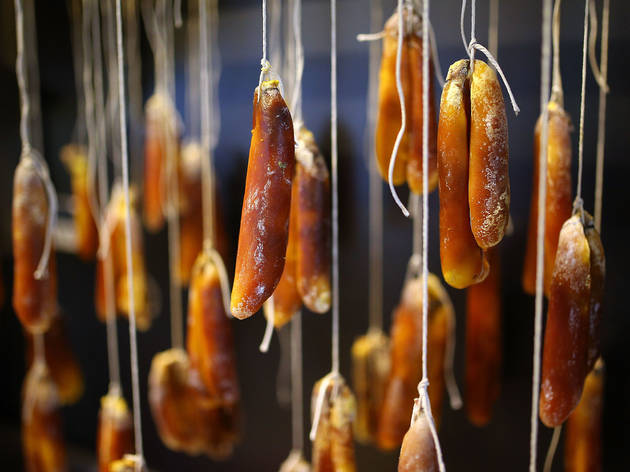 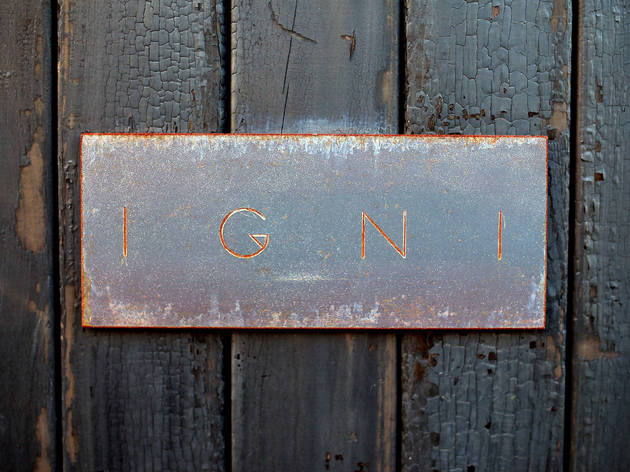 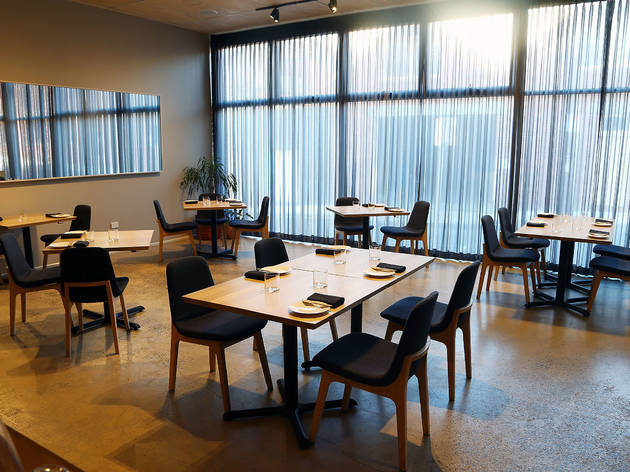 After a few years in the wilderness (well, Tennessee), Aaron Turner returns in triumph

We all felt the loss when Aaron Turner went away to Nashville after closing Loam, the restaurant that made the Bellarine sexy. We all cheered when he finally returned, rather alarmingly more beardy than before, and opened the Hot Chicken Project – particularly the good people of Geelong, upon whom he bestowed the finger-lickin’ good times. Now he’s doubled down on Victoria’s second city by opening Igni, a restaurant that lives up to his talent. People of Melbourne, start your engines.

Igni might be a little hard to find – it’s at the arse-end of Geelong’s CBD on a one-way street, with no discernable signage – but it’s worth the swearing and hurling of iPhones. Not to get all gushy or anything but it’s probably the most exciting restaurant to open in all of Victoria since Brae. Like Brae it’s degustation-only (five or eight courses) and a bit of a culinary mystery tour, although they’ll ask your preferences – if you’re in the pro or anti-marron brigade, for example, or if you swing savoury or sweet.

It’s the kind of dining that can inflate the pretension in a room, only here the safety valve comes in the form of cheery front-of-house svengalis, former Loam stalwarts (now co-owners) Drew Hamilton and Jo Smith. Then there’s Turner himself who is the poster boy for the get-out-of-here-I’m-just-trying-to-cook school of chefs, a rapidly diminishing tribe who shall be blessed both here and in the kitchen heaven afterlife.

It’s a tight operation, from the pacing to the amount of information they give you about each course, and the wine list, which veers off the food’s locavore mentality by packing a world of choice (quite literally) into two exquisite pages.

Also exquisite: the opening barrage of snacks, which might include aged goose – think poultry prosciutto – wrapped around a grissini stick, and crisp chicken skin and whipped cod roe, and crisp saltbush leaves dusted in freeze-dried vinegar, so good they ought to be packaged and sold in vending machines.

Most courses owe a debt to the stainless steel charcoal grill in the kitchen (the name Igni comes from the Latin for fire) including a lightly grilled oyster, with seaweed emulsion and a leaf from the oyster plant, a triptych of briny loveliness. Marron has similarly been waved somewhere in the direction of the coals before being plated with pil pil (a buttery, crustacean-infused sauce) with a couple of fermented baby cucumbers. The grilled marron bones, along with chicken fat, inform the stock supporting raw calamari noodles, supple and creamy, that’s all umami intensity, and then there’s cured wagyu with fermented grains and slippery jacks that’s all crazy acids and funky bassnotes but still a thing of excessive comfort.

There’s so much more there’s no space to go into, including a proper cheese course (Ossau-Iraty sheep’s cheese, rosemary and tomato seeds – solid not spectacular) but the take-home message is this: Igni is the kind of restaurant where after eight courses you emerge, blinking, into the Geelong night and immediately start planning your next visit. The only difference is, next time you’ll take the train.