The word ‘gama’ holds a lot of meaning when you say it to a Sri Lankan. It translates to ‘village’ and invokes images of hard-working aunties churning a coconut scraper to grate fresh desiccated coconut for a sambol, or putting together a spread of umpteen curries and sides for a small family lunch. It’s even as simple as receiving a hot cup of tea on an unannounced visit. It’s the ultimate form of hospitality that can’t be replicated anywhere else in the world.

This is what South Indian-Sri Lankan eatery Indu sets out to represent in its new digs in the old bones of Collins Quarter. Saunter on past YSL and into the dimly lit corridor lined with raw spices and marigold garlands where you’ll be greeted by the scents of temple incense and rust and turquoise interior that resembles an upscale restaurant you would spot in Sri Lanka’s flash capital city, Colombo. If Indu sounds familiar to you, it's because it's firmly planted its roots in Sydney already. Co-owner Dr Sam Prince, founder of Mexican chain store Zambrero and tequila bar and eatery Mejico, opened Indu’s Melbourne venue with Ian Hicks of Hicks Hospitality Group following the Sydney venue's success.

Inspired by his mother who hails from Galle and his humanitarian trips to Sri Lanka with Doctors without Borders, Prince explains how the food at Indu is a natural evolution of food. He draws comparisons between whitewashed, sugary butter chicken dishes as the initial ape stage of evolution, and describes the final stage as Indu’s take on Indian and Sri Lankan cuisine. It draws upon tradition with a contemporary approach and doesn’t compromise on raw spice and hard-hitting flavours.

Sri Lanka is a country that likes to snack and it’s common to see little pastries referred to as short eats at most roadside stalls. At Indu, peppery samosas appear with tender slow-cooked beef, charged with roasted raw spices (key to any Sri Lankan dish), while mutton, a meat that’s a delicacy and loved by Tamils and Sinhalese alike, finds its home in Sri Lanka’s answer to Chiko Rolls – crumbed, deep-fried pan rolls stuffed here with curried mutton.

There’s a clear overlap in Tamil and Sinhalese food, with a lot of food that’s cherished in Sri Lanka like hoppers, otherwise known as appam, originating from its Tamil community. And though Sri Lanka’s history is rife with civil war, Indu bridges the cultural gap through food.

Appam, or hoppers, arrive at our table. The inverted crepe-like domes cradle a soft, spongy middle laden with a runny egg, while a rainbow of condiments amasses the top like jewels. Bright pink pomegranate seeds, ash-coloured goats curd imitates burrata, earthy onion sambal (lunu miris), tangy eggplant brinjal and coconut add depth to the dish, but while it is visually appealing, it proves tricky to eat and resembles a savoury Eton mess by the end.

Kale mallum, otherwise known as tempered kale, is placed next to a spoon of raw chilli powder. Raw spices are displayed in every nook and cranny of the venue and act as a nightmare to any Sri Lankan mother afraid of spices losing their flavour to air exposure. Back to the mallum – its glossy leaves of kale are torn and lightly sauteed with strips of red onion to provide a palate cleanser or light accompaniment to the richer dishes.

A generous, tender fillet of Victorian barramundi falls apart to the touch in a bath of spiced gunpowder broth, its skin rendered crisp and morish. It pairs well with the Australian wines that have been making their way to our hands throughout the night, including the light Mac Forbes Riesling.

String hoppers that are commonly eaten for breakfast appear like crisscrossed layers of vermicelli noodles, served with kiri hodi, a creamy, milky gravy that’s spiked with turmeric and a dry, bright orange coconut sambol loaded with desiccated coconut and flecks of chilli that match the red walls.

The conclusion of the evening is marked by a dense, spiced carrot cake topped with subtle coriander icing, toffee carrot and walnut cream.

Overall the flavours and combinations might surprise you at Indu, but it manages to challenge preconceived notions of what Sri Lankan food is, all the while respecting customs and using a whole lot of raw spice. 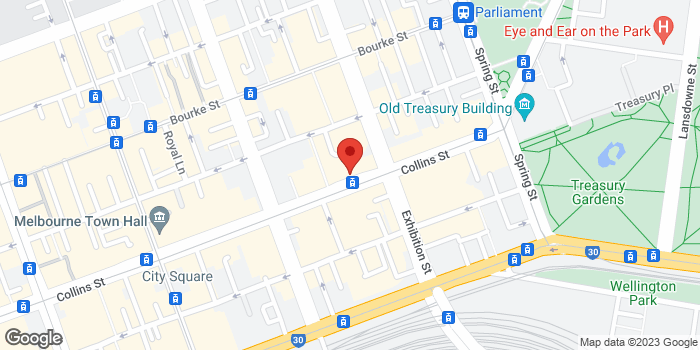