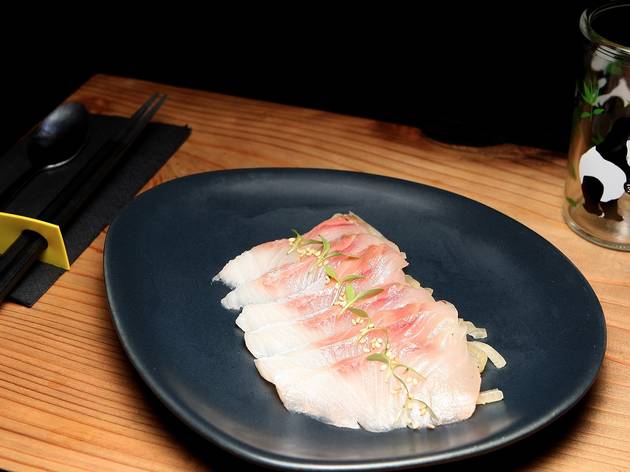 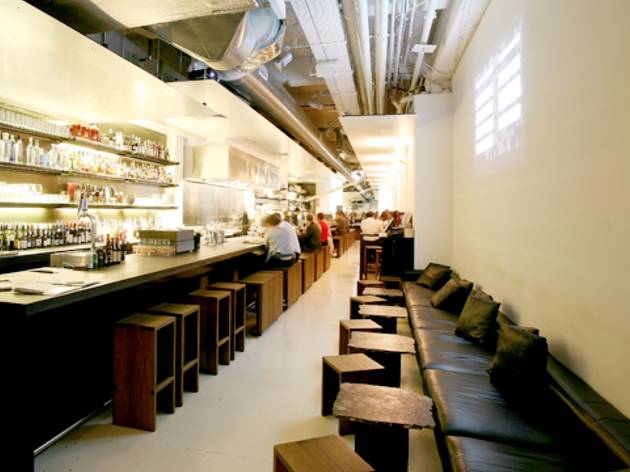 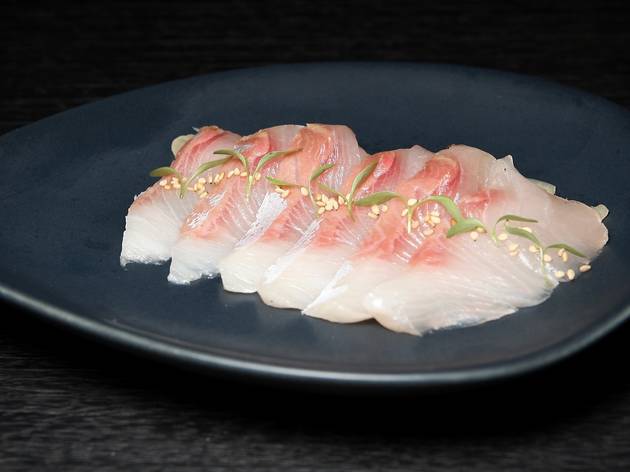 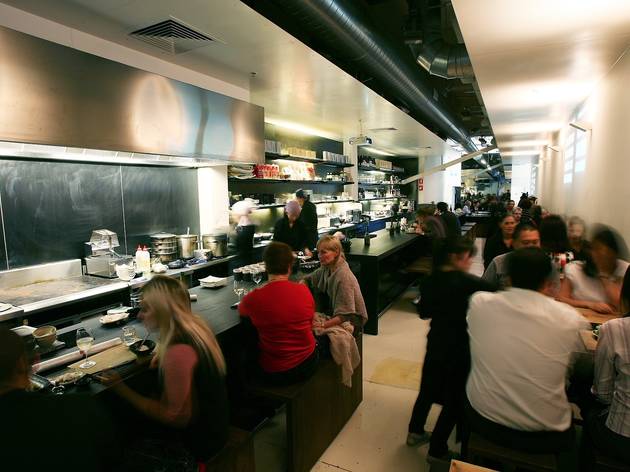 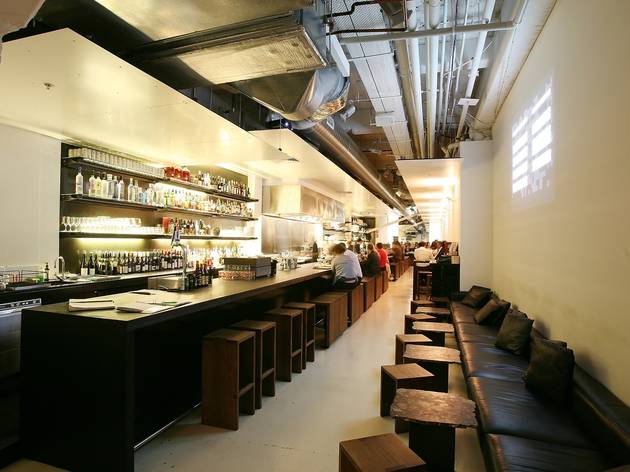 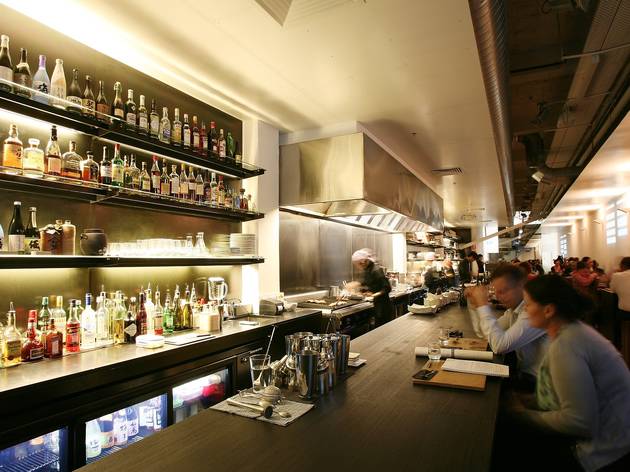 Six years on, this Tokyo-inspired den is still burning brightly with its mix of drinks and snacks in edgy basement surroundings

It’s hard to find and has minimal signage. So far, so Melbourne. But find the doorway, descend the stairs, push aside a black curtain and this dark basement venue could be in Tokyo.

The bar has front row seats to watch the chefs in the open kitchen. Dressed in black with patterned bandannas, they move intuitively around each other as they fillet, chop, fry and plate up. It’s near-silent mastery at work, set to the beat of funk music.

Once seated, unobtrusive, efficient staff quickly set you up with oshibori (hot towels), water and menus written on scrolls.

In Japan, izakaya are informal drinking venues that also serve food. Brush up on your Japanese drinks knowledge with the bar staff, who can help you choose from the extensive offerings. There are Japanese beers – from Asahi to Kirin, with Orion on tap – umeshu (plum wine), sake, shochu (distilled liquor) and a Victorian-focused wine list.

Often erroneously called ‘Japanese tapas’, the snacks at an izakaya are small plates good for sharing over drinks. We love what’s on offer here.

Best start with something fried: knobbly sweet corn balls, bound with tempura, deep-fried and dusted with green tea salt, are a heady mix of sweet, savoury and salty, while fried chicken chunks come with mayonnaise and lemon wedges.

Cold dishes include kingfish sashimi, its gentle dressing highlighting the flavour of the sea. Vegetables star in their own show: a refreshingly cool mix of broccoli, shredded black funghi and gomazu-ae (sesame) dressing, or crumbed and fried tender flat mushrooms.

A fitting finale is green tea and white chocolate fondue, with small tea cake squares and frozen grapes for dipping. It’s a sweet, but not cloying, finish.

There are no bookings (unless your group is larger than five), so go early to bag a good seat and settle in to eat and drink the night away.

More of the best Japanese restaurants in Melbourne.