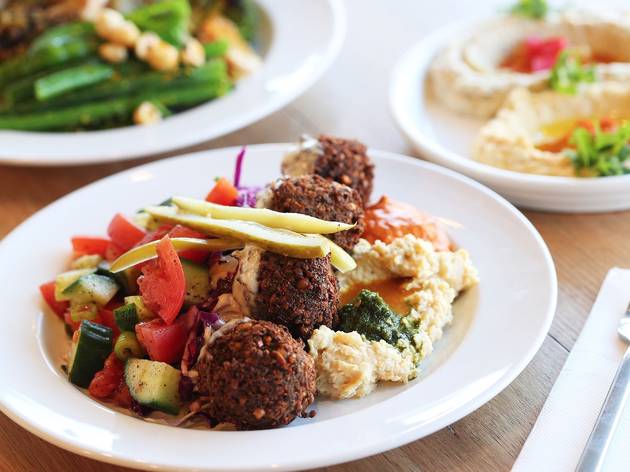 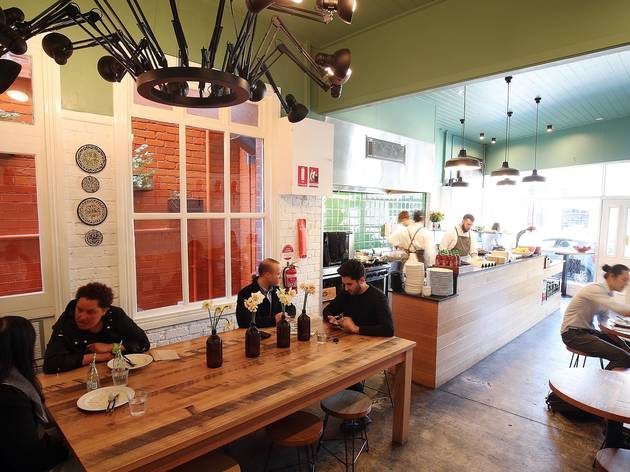 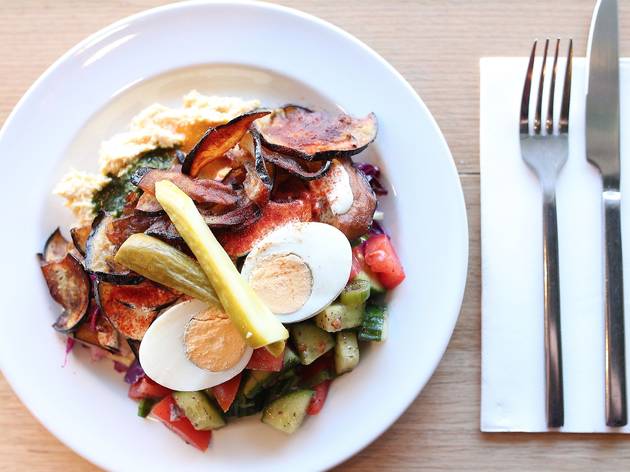 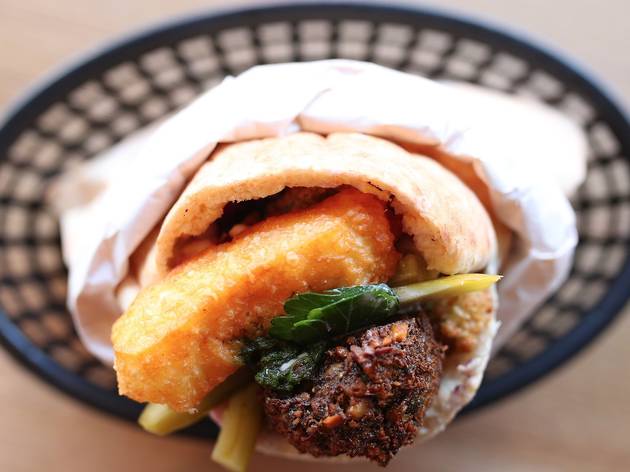 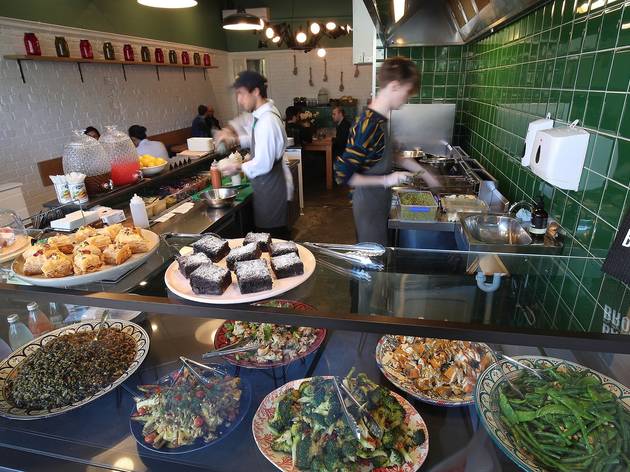 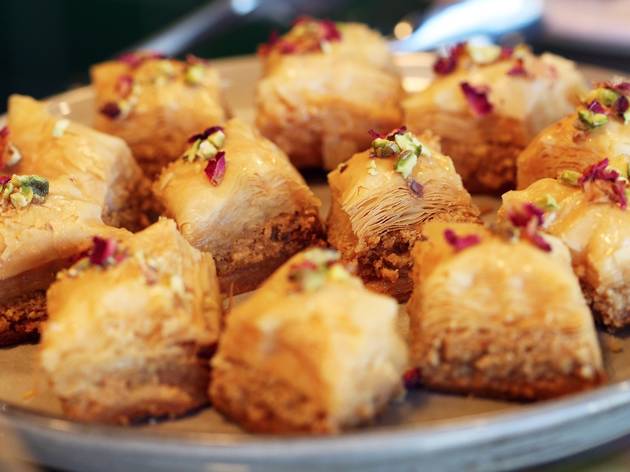 Melbourne’s having a bit of a Middle Eastern moment. There’s Very Good Falafel in Sydney Road, Brunswick winning the truth in advertising award; Babajan in Carlton where finding a seat on the weekend seems as remote as solving the Israeli-Palestinian conflict; and the pita party of Miznon in the CBD bringing all sorts of ballyhoo to the oeuvre. And now in a bright little shopfront where the memo about hip-hop being the only soundtrack with street cred has definitely landed, we have Just Falafs bringing seriously good falafel and all its zesty bandmates to North Fitzroy.

Opened by a mother and son with well-thumbed passports and runs on the board in the local industry, it’s the eatery the suburb needed.

Falafel is the Middle Eastern answer to gnocchi. Do it wrong and you wind up with rubbery pucks of sadness. Do it right and angels weep. Just Falafs deserves to have a host of teary, harp-playing spirit guides hovering overhead but we didn’t notice thanks to being face-down in a fluffy pita pocket stuffed to the gunwales with those crunchy balls with the flicker of harissa fire cooled by cucumber and a silken tahini.

Here, the star product is more herby than a lot of falafel, which apparently is a more Egyptian approach to the task at hand (Just Falafs describes their outfit as modern Israeli). Argue the semantics of falafel by all means, but don’t detract from the appreciation of the so-Ottolenghi-so-good salads such as green beans in a sweet tomato sauce, a grainy melange ripe with dried fruit and still-crunchy broccoli florets all charry and chilli-dusted. Get them on a platter with your falafel, hummus and tahini in a DIY affair.

The only non-falafel sandwich is the sabich – a pita-wrapped combo of crisp-fried eggplant slivers and sliced hard-boiled egg with a delicious gloop of hummus and tahini meeting Israeli salad and pickled cabbage. It’s good. It’s also stonkingly rich. We defy anyone who’s not coming off the back of a two-week juice cleanse to eat it in one go.

Dessert is baklava, and to drink there’s pomegranate orange and lemon iced tea in self-serve fountains on the counter.

The only negative is the lack of loos (although the bar next door, Monty’s, is happy to oblige with their facilities). Whatevs. It’s cute, it’s cheery, it’s cheap, and going by appearances it’s solved the too-lazy-to-cook dilemmas of a whole neighbourhood as well as providing regular employment to the Uber drivers of the wider north-east. Remember that name. Just Falafs.