Restaurants Brunswick
Recommended
4 out of 5 stars 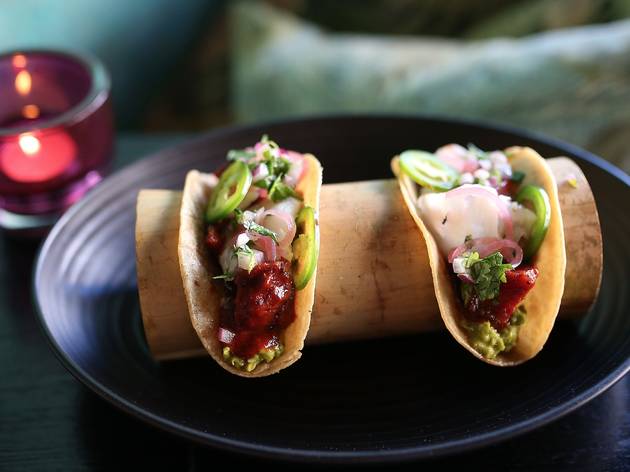 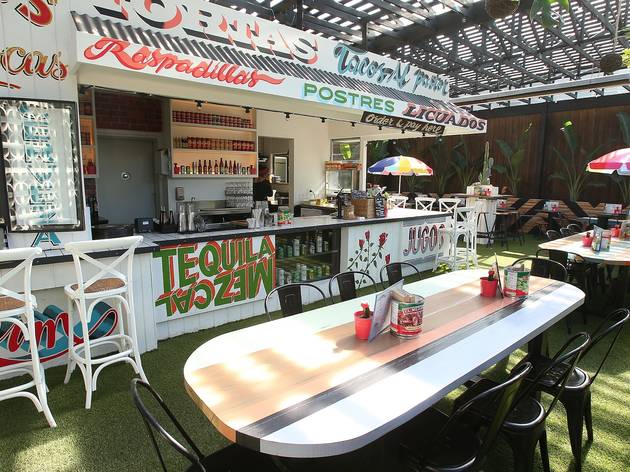 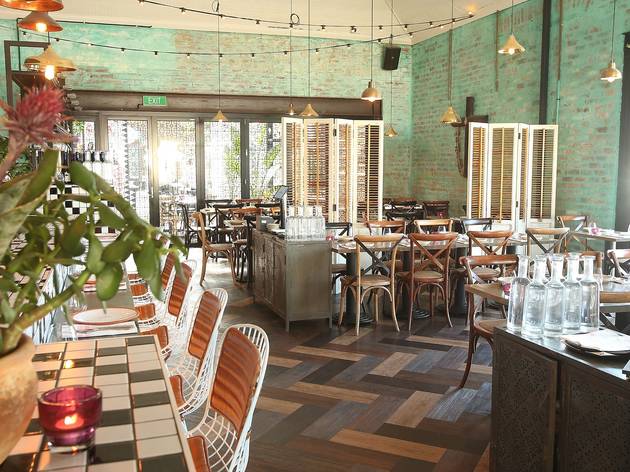 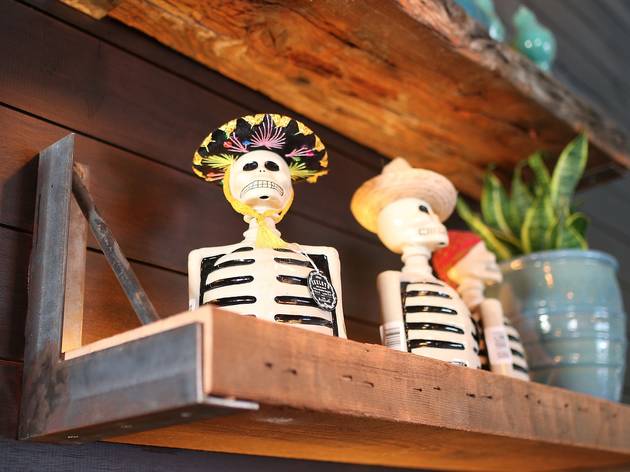 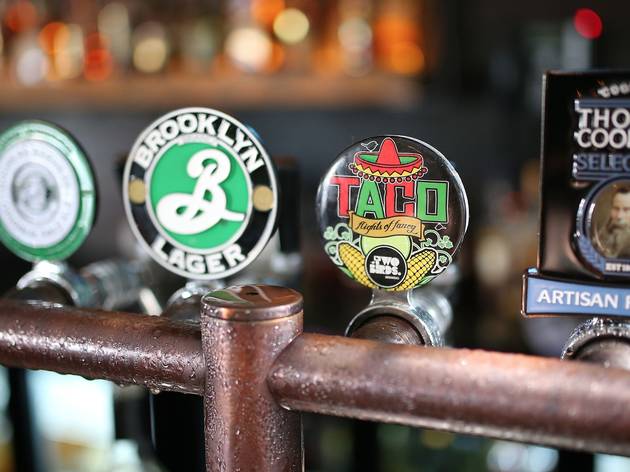 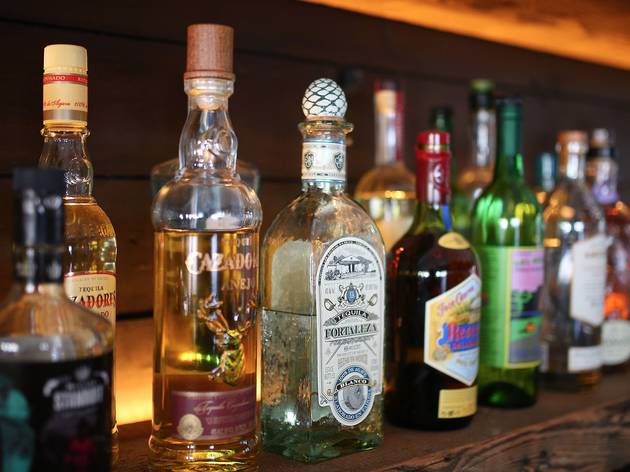 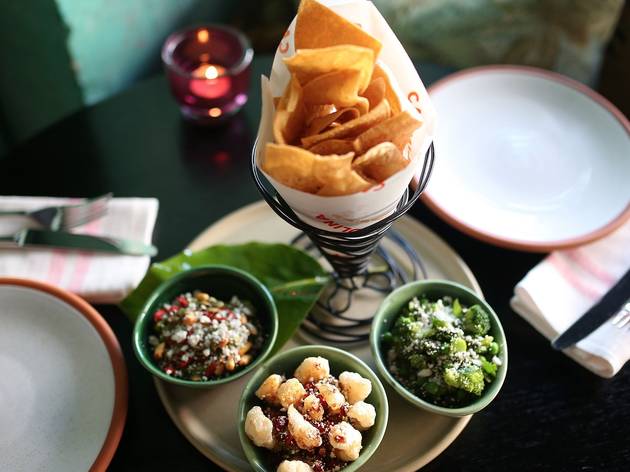 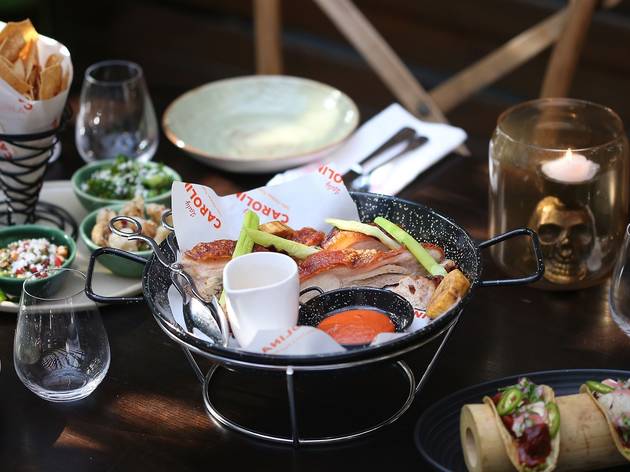 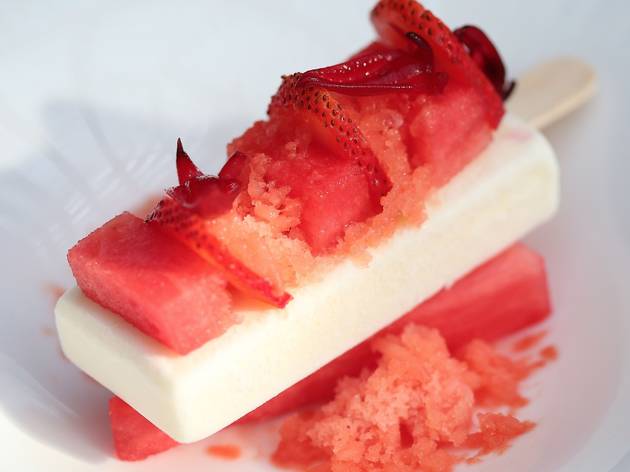 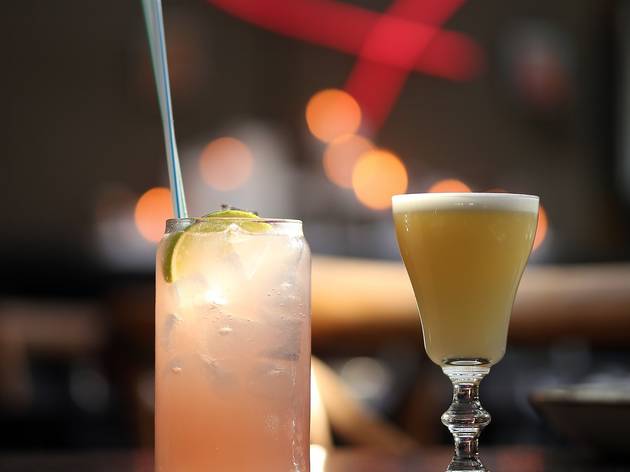 Get a Cuban sandwich, a ceviche and a dose of goodwill at Brunswick East’s colourful Latin American kitchen and bar

Larger-than-life British chef Paul Wilson has long had a love affair with Latin America. In St Kilda, he flew the Cali-Mex flag with tacos and moles at the Newmarket Hotel and Acland St Cantina, before consulting in Sydney for a spell. Now, he has returned south of the border to launch Lady Carolina with socially minded restaurateur Alby Tomassi (Feast of Merit), riffing off the street foods of Mexico, Cuba and Peru in an energetic, dual-zoned eatery.

While Wilson’s food has always had integrity, here he has taken it one step further, working with local hobby farmers to cultivate Latin American ingredients like purple corn, tomatillos, wild hibiscus and a whole alphabet of chillies. Tomassi brings another layer of integrity to the game, donating eight per cent of the restaurant’s profits to grassroots charity Pay A Sack Forward, which supports the homeless in Melbourne and Brisbane by providing meals and survival sacks. The waitstaff even chip in with ten per cent of their tips.

That said, this isn’t supposed to be serious dining: in the AstroTurfed Latin Street Kitchen out back, a retro-cool caravan dishes out generous Cuban sandwiches layered with pulled pork, ham, cheese and pickles, and soft tacos filled with smoky spit-roasted pork, fiery habanero salsa and the tang of fermented pineapple. It’s no-frills and noisy, with $12 cocktails and boozy snow cones keeping things lively.

Dubbed the Cevicheria, Paladar and Pisco Bar, the more refined front dining room is home to a mosaic bar with strings of fairy lights, terracotta bricks peeking through turquoise paint, and sharp Pisco Sours. The team is high energy, but on busy nights the service can be as patchy as that paint job – some waiters deliver dishes without a word, others explain each ingredient in minute detail. We reckon the sweet spot lies somewhere in the middle.

In the restaurant, kick things off down Mexico way with a lip-smacking Paloma of pink grapefruit, tequila and lime, and pair it with a trio of pimped-up guacamoles. Served with moreish nixtamal (Aztec corn) chips, there’s a chorizo guac loaded with garlicky sausage and stretchy cheese; the ‘super soulful' number peppered with pepitas and goji berries; and the 'chicharrones' with flavour bombs of crunchy pork skin.

Next, dip into Peru, where Chinese and Japanese immigrants have made an intriguing mark on local food culture. The tuna ceviche Nikkei, which marries sashimi-grade tuna, soy, sesame and seaweed, could have come straight out of Tokyo, but the slivers of pickled onion and jalapeño deliver heat, sourness and an umami punch.

From the barbacoa (wood-fired barbecue), zero in on the 1kg lamb shoulder with Oaxacan black mole. Crowned with hibiscus flowers, the spoon-tender lamb is smothered in an earthy, smoky sauce, layered with cinnamon, allspice, dried chillies and the bitter kick of dark chocolate.

Following such strident, confident flavours in the savoury courses, the signature dessert falls a bit flat. Served with poached rhubarb, vanilla cream and pomegranate, the purple corn pavlova gets its gentle lilac hue from chicha morada, an inky, sweet-tart syrup made from Peruvian purple corn. Sure, it’s pretty, but it’s also pretty forgettable, a brief, sugary segue into style over substance. Instead, order a goat’s milk and salted caramel paleta (Mexico’s answer to the Paddle Pop), or retire to the courtyard for another round of cocktails.
Hell, have both. The laidback atmosphere and reasonable prices encourage lingering. And it’s not every day you get the chance to put food on someone else’s table simply by feeding yourself.