If the Mornington Peninsula didn’t have it all already – preternatural good looks, stonking new hotels like the Jackalope and the RACV’s Cape Schanck Resort, an embarrassment of late-model European sports cars – along comes the wonderland of Pt Leo Estate to let mere mortals know where they really stand on life’s ledger.

Pt Leo Estate would be a billionaire’s folly were it not for the fact that the billionaire in question, developer John Gandel, has pulled off an audacious, multi-pronged venture encompassing vineyard, cellar door, sculpture park, bistro and restaurant. Apparently it cost in the neighbourhood of $50 million, a fact written across the venue from its magnate-worthy proscenium to the countless fine details of the gracefully curving building tucked into a hill and looking over lawn and sculpture park to the wild Western Port shore.

Laura is the name of the cast-iron sculpture from Catalan artist Jaume Plensa – a captivating eight-metre-tall megalith of a woman’s head, her eyes closed in an attitude of serenity – that provides the jewel in the crown of the 50-strong collection. Laura is also the name of the 40-odd-seat restaurant sectioned off from the 100-odd-seat bistro. In dining terms, it’s the Estate’s pièce de resistance, where the glassware goes from the bistro’s very respectable Riedel to a featherweight Zalto, where the tables are wrapped in leather, and everything is just as it ought to be. Both physically and edibly, it’s embedded in a rare sense of place, the latter thanks to exec chef Phil Wood, a shining light in Neil Perry’s empire lured south (one presumes) by the enticing prospect of a blank canvas.

It’s a canvas Wood is colouring with keen choices born of the location and the broader region. Fine dining is too much of an old-fashioned term to describe this very new-fashioned restaurant, where the warm brioche rolls are made with a variety of red wheat grown close by, chased with peppery Cape Schanck olive oil, and the menu doesn’t go the long-winded degustation route but a tighter four, five or six courses dotted with site-specific origin stories, like the lion’s mane mushrooms from a nearby Mornington farm.

Those meaty mushrooms are pan-fried and glazed, Wood says, in the same way he would a chicken wing: with stock, sake, soy, mirin and butter. The result is something you’d almost bet your yacht was actually abalone. It’s become something of a signature that shapeshifts over the weeks; ours came with a tiny dice of real abalone and a drape of radish in a rich, sticky sluice of beetroot, its earthiness mollified by shiso. Dish of the year, 2018? Quite possibly.

Ben Shewry at Attica showed that the humble spud can be a thing of beauty and so it is here: a soft confit Dutch cream with chewy nubs of pistachio nougatine under a creamy hat spiked with miso and bruléed, lavished with trout roe and caviar (the real deal, not – ugh – Avruga). Underneath, there’s a tangy beurre blanc to drive the whole high-end comfort theme home.

Can’t decide between the Tuscan-style sauce of chicken livers cooked with pancetta and sage, or an Asian-style five spice and orange? Throw both at the blushing pink and crisp-skinned duck and its ballotine-esque showpiece of confit duck leg and chicken mousse wrapped in carrot and baked in a charcoal crust. Along for the ride are family-sharing-style sides of golden kipflers with parsley puree and parsnips, sticky-sweet with halved red grapes (for our money, the livers win).

It’s what the Peninsula should taste like as we finally move into the cold weather. See also: dessert. A thin Italian meringue shell is filled with all the memories of autumn: roasted chestnuts and crystallised ginger; pumpkin and nutmeg; whispers of their former selves suspended in cream and restrained sugars.

It would be a crime to ignore the floor team: the waiters’ answer to the AFL Fantasy League. It takes one look around the room to realise Pt Leo Estate is exerting the gravitational pull of a black hole on the industry’s top tier, both front and back of house. A billionaire’s folly? On this evidence, we need to encourage more billionaires to open restaurants. 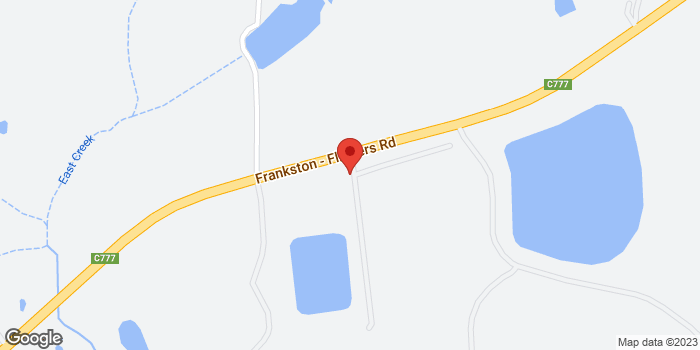