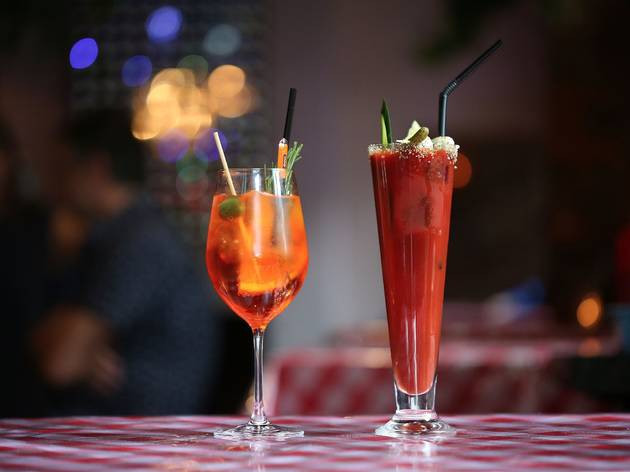 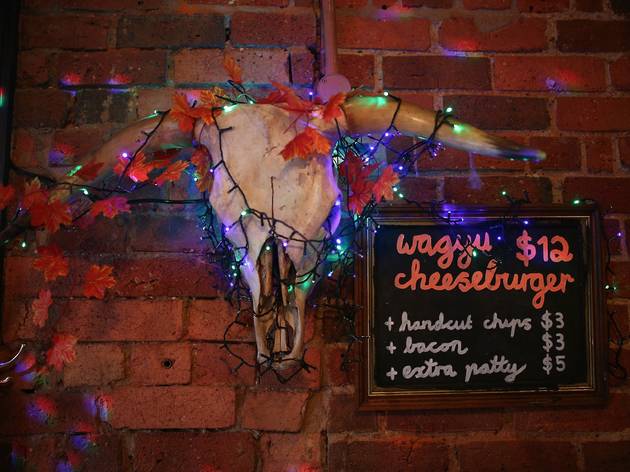 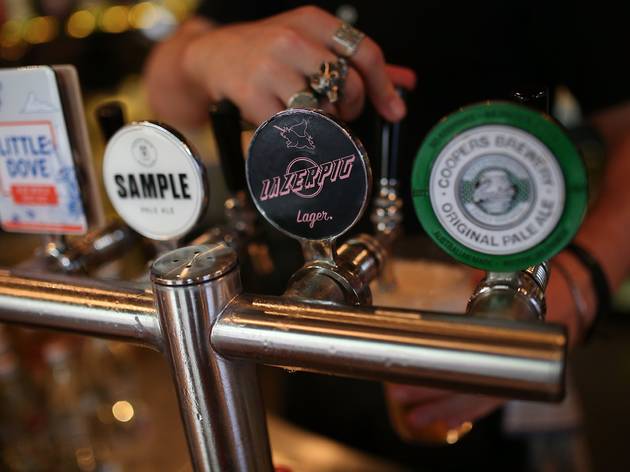 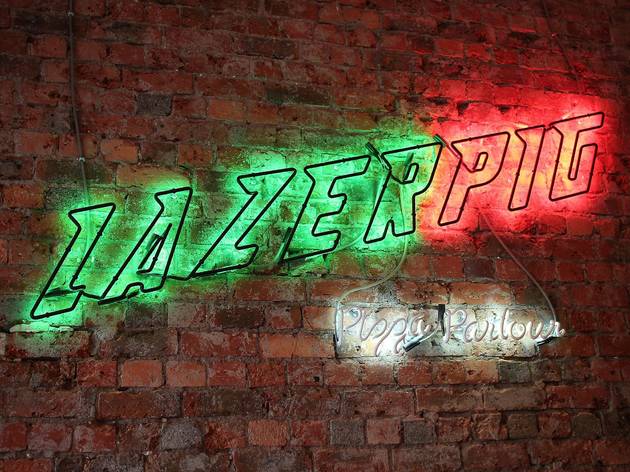 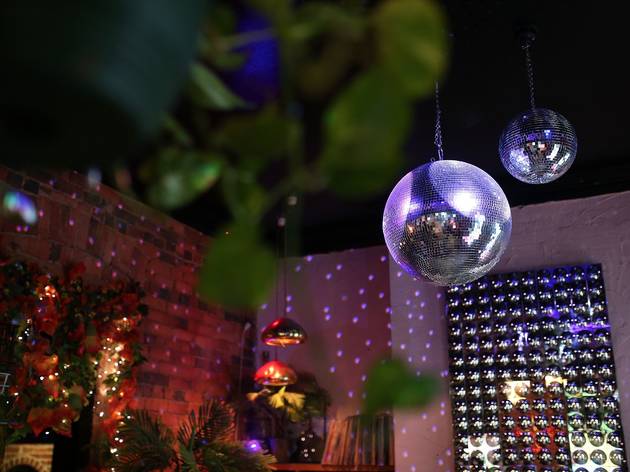 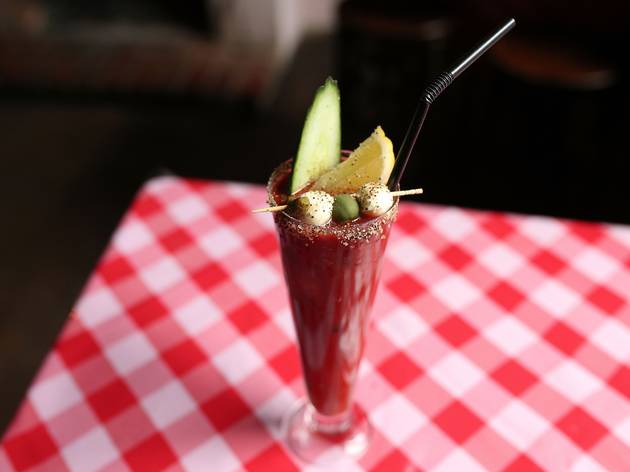 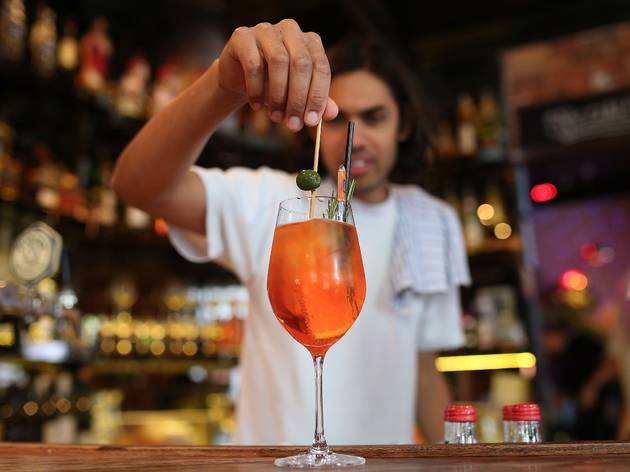 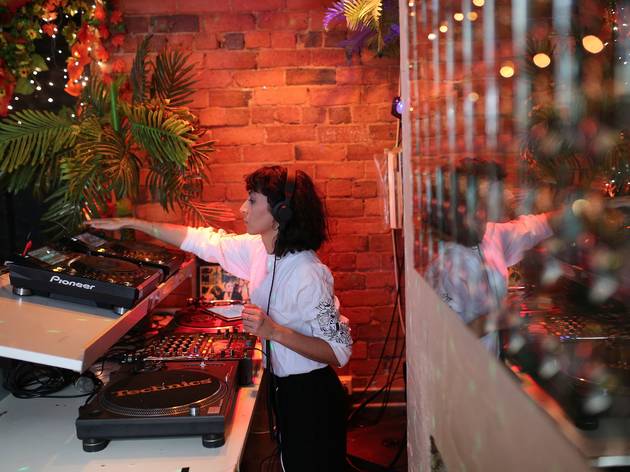 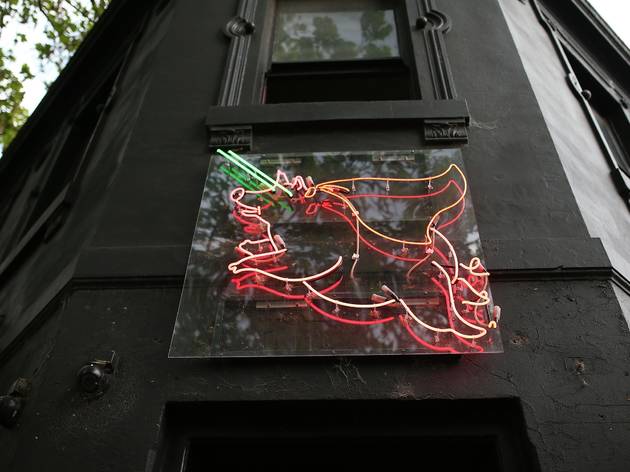 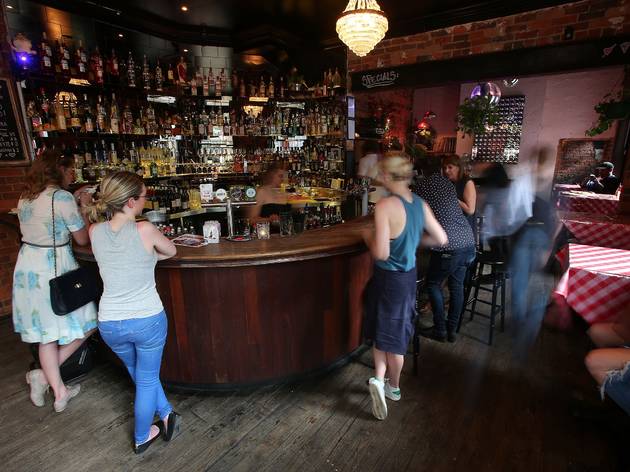 Blink and pizza turns into a party in Collingwood

While new apartment developments continue to tower over Collingwood’s previously grungy surrounds, all is not lost in the ’hood. Just a few hundred metres off Smith Street’s shiny new Coles is Lazerpig, whose winged pig neon signage beckons to punters. This former men’s shelter (and later pub) is today a slashie bar (as in bar/pizzeria/disco) that will see you go from eating pizza in the dining room with your mum to busting a move in what little room you have between the DJ booth and the bar counter.

Start your night at Lazerpig in the red and white tablecloth-clad dining room, where you’d be wise to go straight to a double patty cheeseburger or the wood-fired Queen Margherita – unchanged and still brilliant since the bar’s opening almost four years ago. Whatever pizza you order, slather on the chilli oil like there’s no tomorrow and pair it with a fresh pint of the Lazerpig house lager. More grown-up party food options such as the antipasto plate will go brilliantly with the bar’s range of Italian drops: opt for an Aperol or Campari Spritz when it’s warm, but the grappa-based Amaro Nonino on ice is a good post-pizza drop.

From Thursday to Sunday, the disco ball gets switched on to set the mood and DJs start spinning vinyl by the bar from dinner time. If you have a long night ahead of you, ask the barkeep for a Lazerbeam. It’s a mix of the highly caffeinated German soft drink Club Mate, vodka and lime, and no doubt someone by the bar will tell you all about how they lived on vodka-Mates that time they were in Berlin. Lazerpig gets better and looser as the night wears on and the tunes gets louder. As easy as Smith Street make bar hopping, we’re not going to begrudge Lazerpig’s one-stop-shop approach to a night out. This bar can take it from 0 to 100 in no time, so hang on for the ride and deal with the ramifications later.