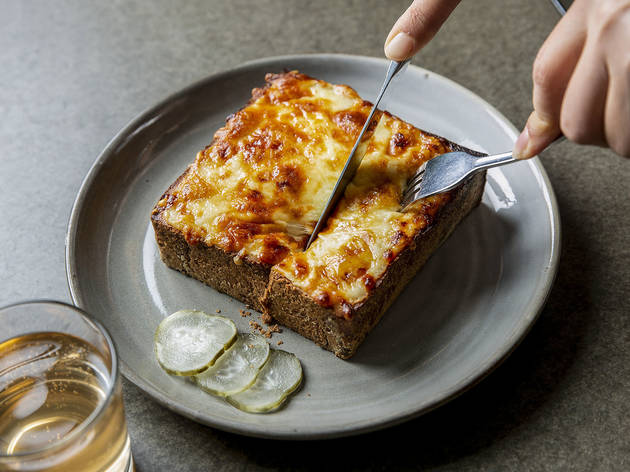 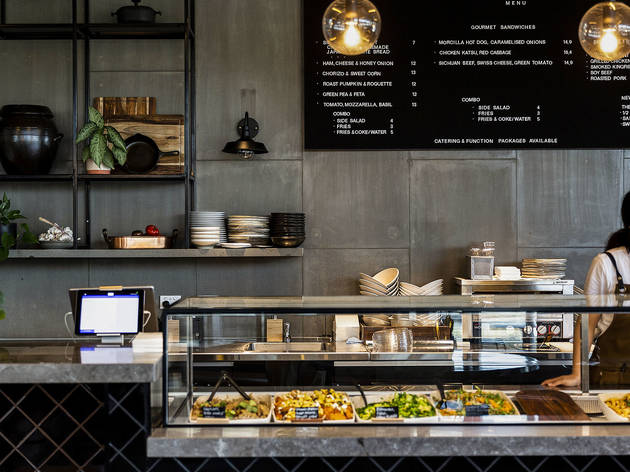 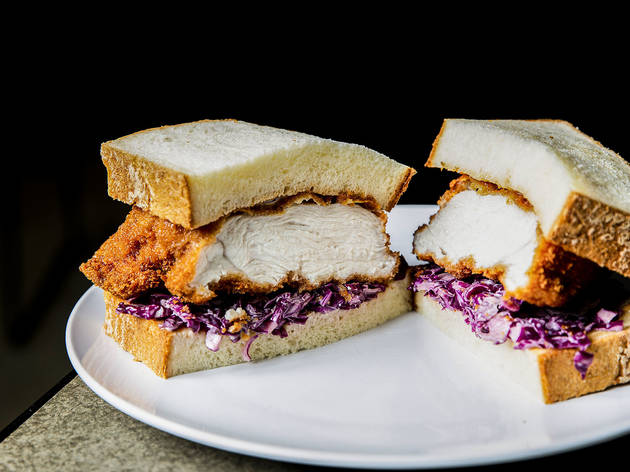 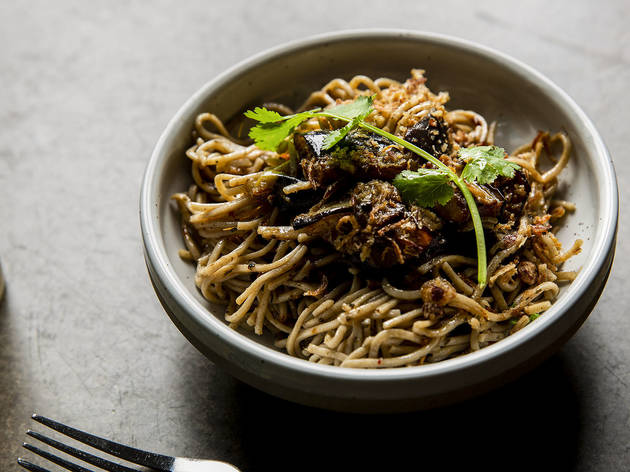 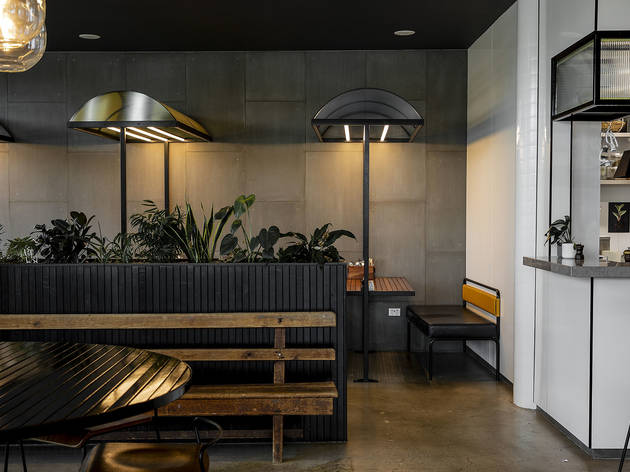 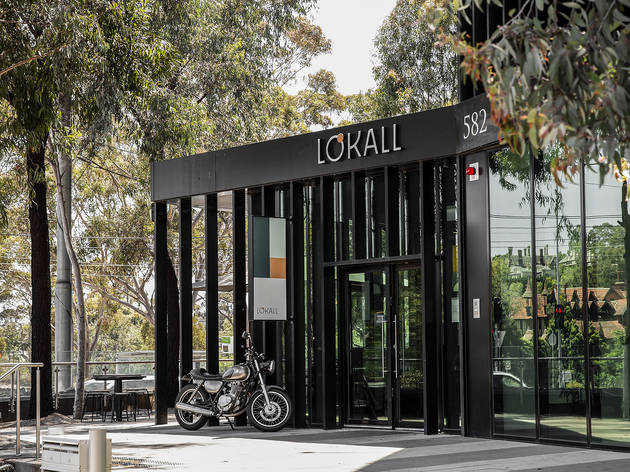 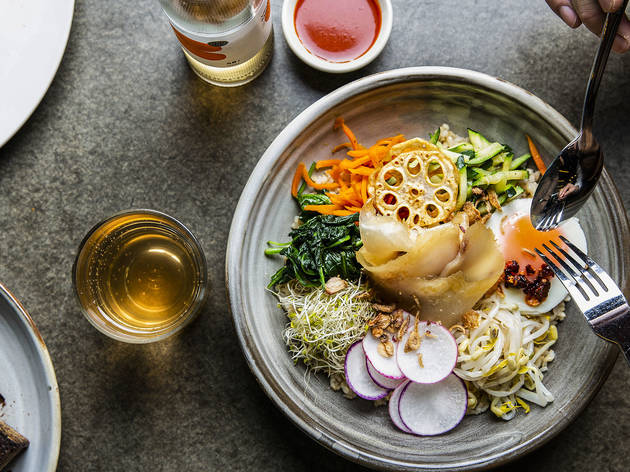 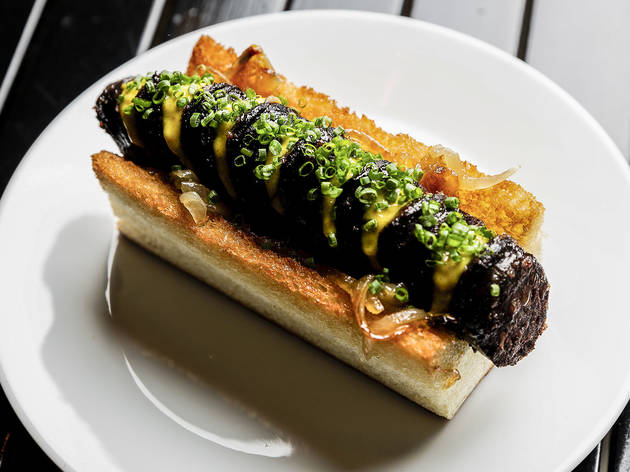 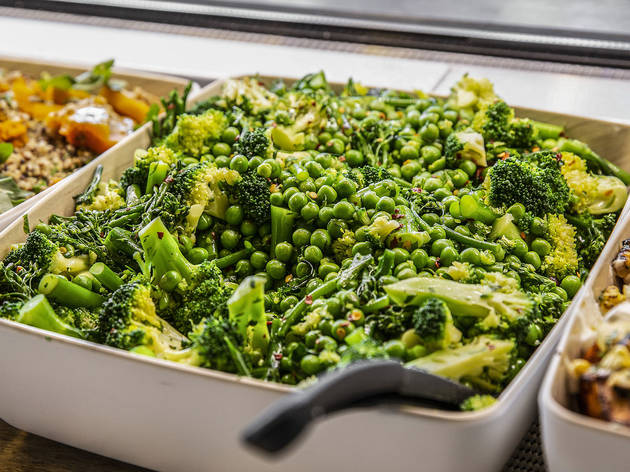 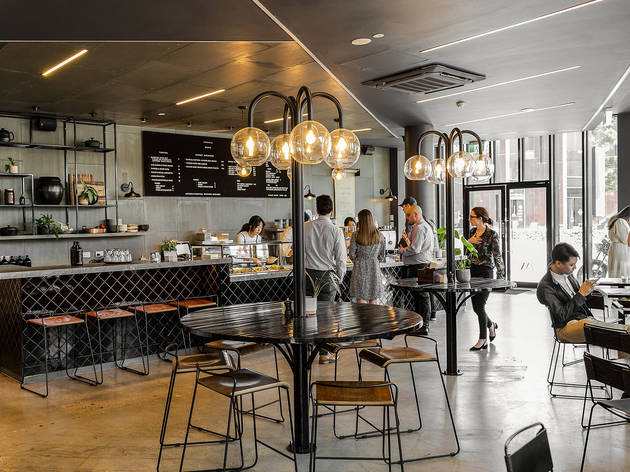 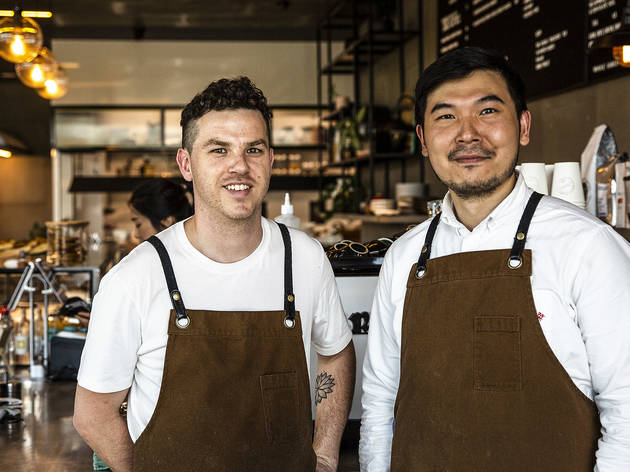 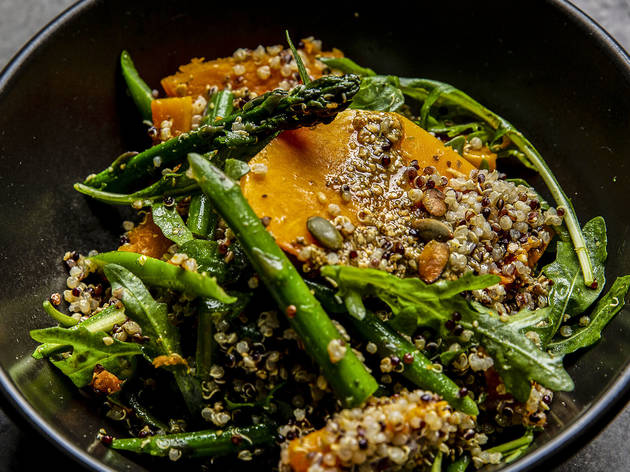 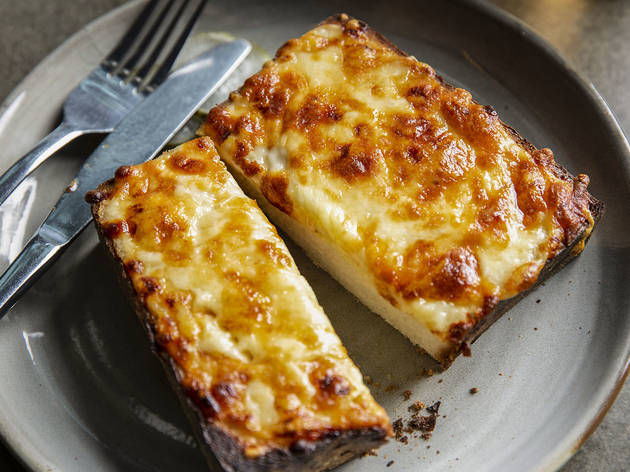 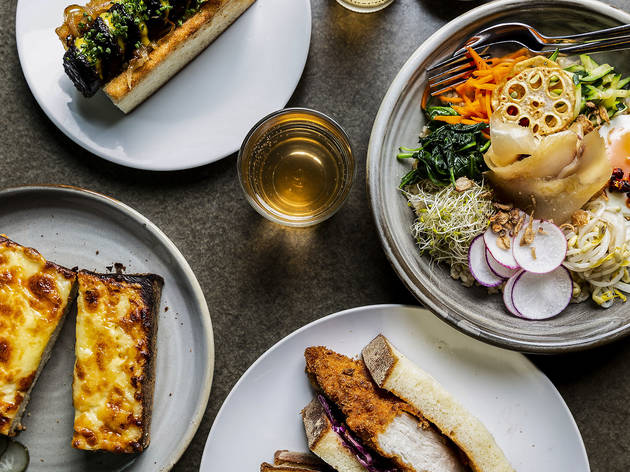 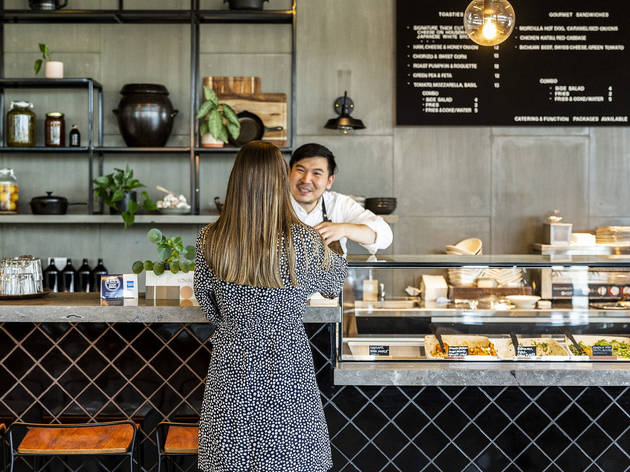 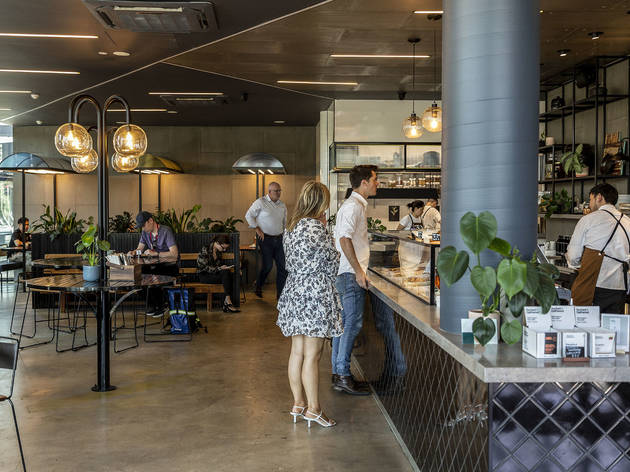 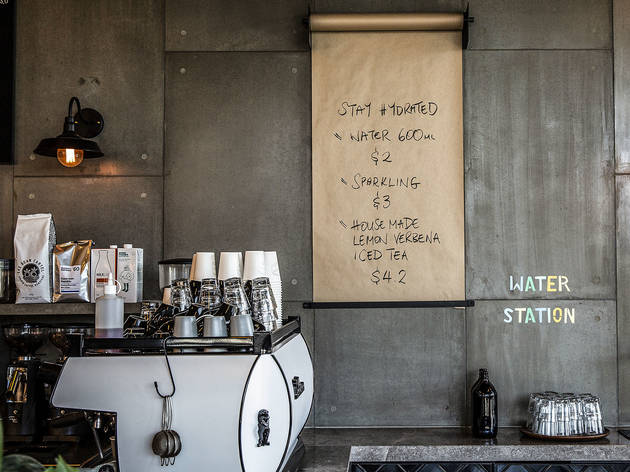 Looks can be deceiving, particularly in the case of corporate-looking Lokall

Burnley café Lokall is industrial. We don’t mean industrial chic in its aesthetic, as all Melbourne cafés seem to be required to be, but actually industrial – it’s a stone’s throw away from multimillion-dollar office development Botanicca Corporate Park, perched in a rather sterile corner lot. But don’t let that put you off – ex-Supernormal and Cumulus chefs Steve Lim and Dean Little (also co-owners of Lokall) are pumping out some of the best cheese toasties and chicken katsu sandos we’ve found in Melbourne.

There’s no table service at Lokall. You order at the counter, which gives you ample time to appreciate the daily rotating medley of fresh salads that sit in the display cabinet, ranging from carb-laden pasta and potato salads to puffed grain and broccoli ones. For $4, you can add any of these to your order – less than you’d pay for a side of bacon at most cafés.

Lokall’s triple cheese toastie on inch-thick slabs of fluffy white bread, known in Japan as shokupan, has already made a name for itself. Shokupan grew in popularity in Japan during post-war years of rice scarcity, and its legacy lives on in Melbourne – Burnley has the pick of the lot with Lokall’s housemade version, which is soft, springy and pillowy.

Creamy béchamel topped by a trifecta of cheddar, mozzarella and grana padano, grilled until bubbling, blankets the bread alongside the faint zing of dijon mustard. The result is an indulgent breakfast with savoury notes of heat from the mustard and faint welcome sweetness of the shokupan. Lokall’s cheese toastie is open-faced with the perfect ratio of melted cheese to bread, but the chicken katsu sando is a traditionally constructed beast.

A large slab of panko-crumbed, deep-fried chicken breast features in Lokall’s chicken katsu sando, and impressively, it isn’t dry, owing to an overnight brine. Tender from being fried at the ideal temperature, the fresh Bannockburn chicken is accompanied by a refreshing red cabbage slaw dressed in creamy tonkatsu sauce. The sando is best shared if you want to save space for other things.

Lokall’s potato, green beans and confit garlic salad is garnished with a chorizo crumb, elevating a classic potato salad, while the sweet potato and charred corn salad speckled with smoked paprika and dressed in a light mint yoghurt veers towards the sweeter end of the spectrum. Both salads exhibit the same balance between lightness and heartiness that Lokall successfully delivers in its sandwiches.

Lokall also offers several brown rice bowls. Far from an afterthought, these bowls pack in oft-changing hero ingredients as diverse as koji chicken and miso eggplant. The smoked kingfish is stored in olive oil to preserve it after being smoked, which lends the fish an uncharacteristic, welcome fattiness. The brown rice is topped with a fried egg and seasoned with soy sauce and sesame oil, akin to bibimbap, minus the sizzling stone pot.

Sit inside by the concrete polished floors on temperamental days with a cup of Bean Cartel coffee or choose a seat underneath one of the huge portico umbrellas out the front. Be sure to visit on a Friday, when Lokall rolls out weekly specials, from chorizo poutine sandwiched by shokupan to blood sausage hot dogs.

While everyone is talking about the triple-cheese toastie, it’s the impeccable chicken katsu sando that would get us to return. It’s a shame the café is only open from Monday to Friday, but keep an eye out – we hear that Lokall might just bring Saturday trading back after a mini-trial this year. If only Lokall knew how many people would travel to Burnley for its chicken katsu sando – it’s well worth jumping on the 70 tram.