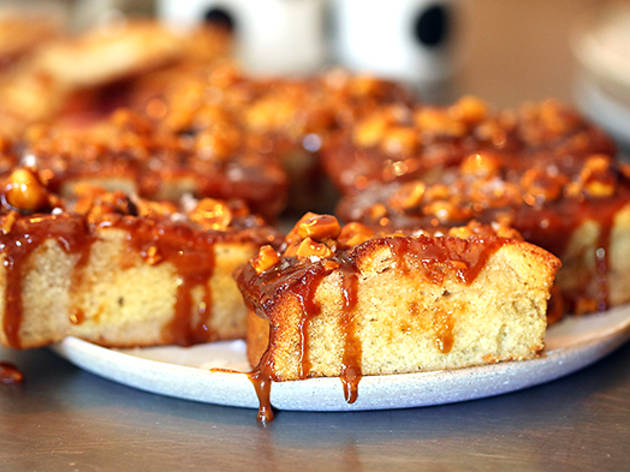 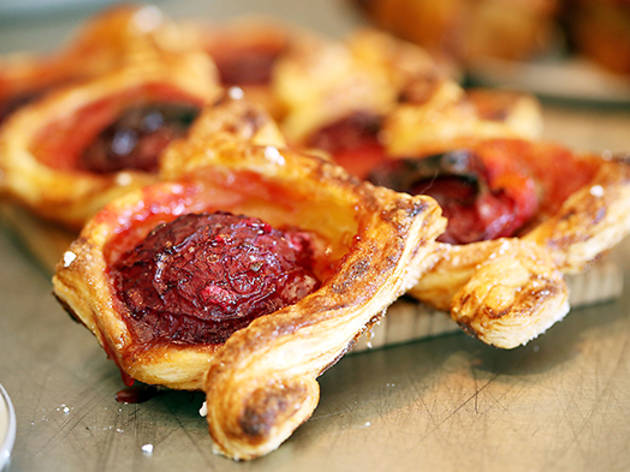 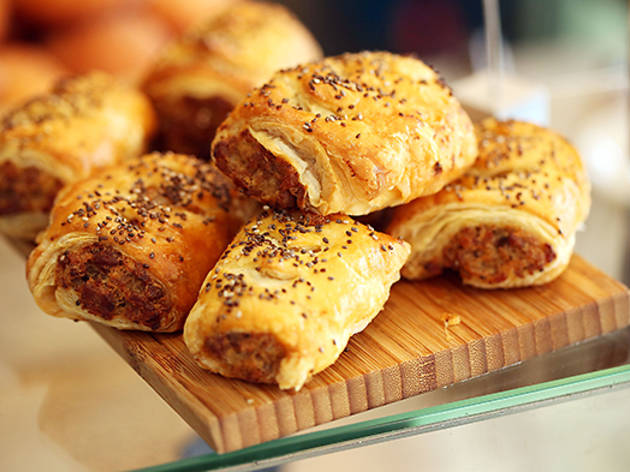 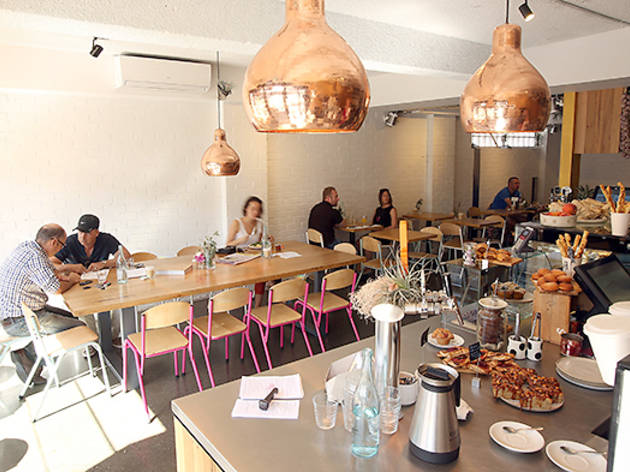 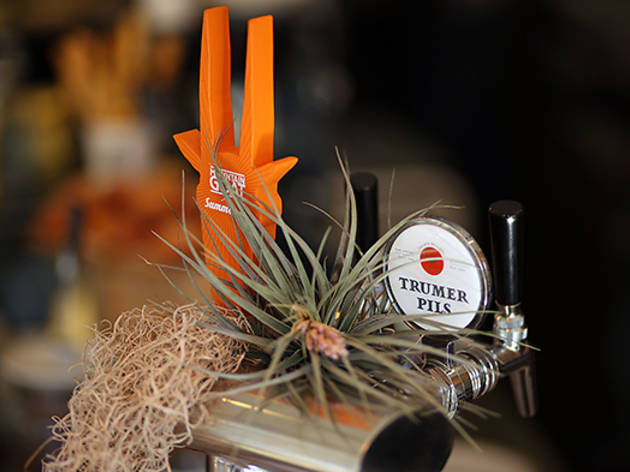 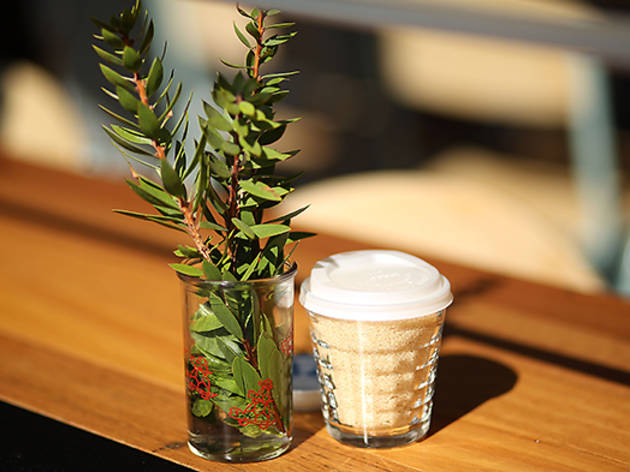 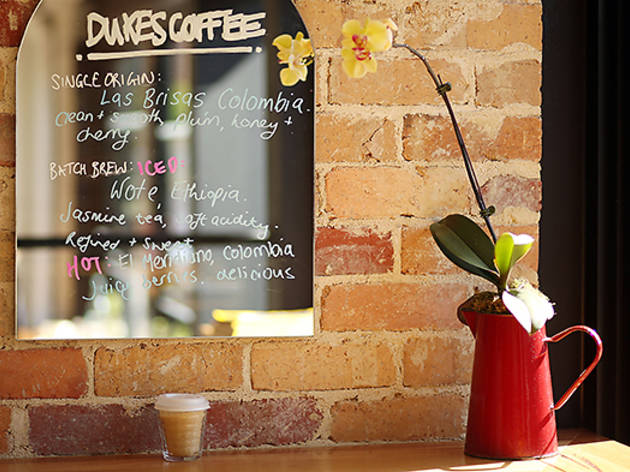 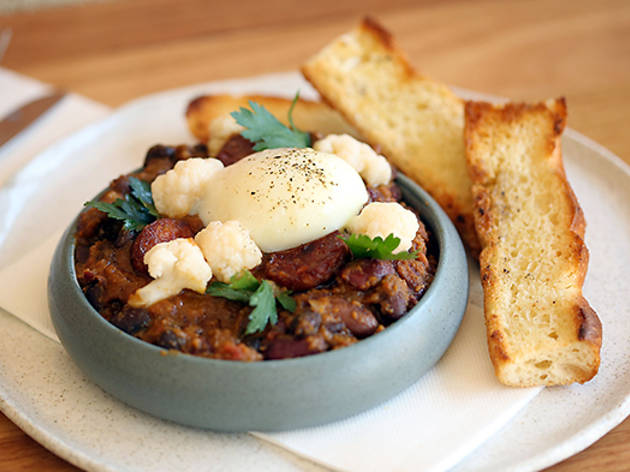 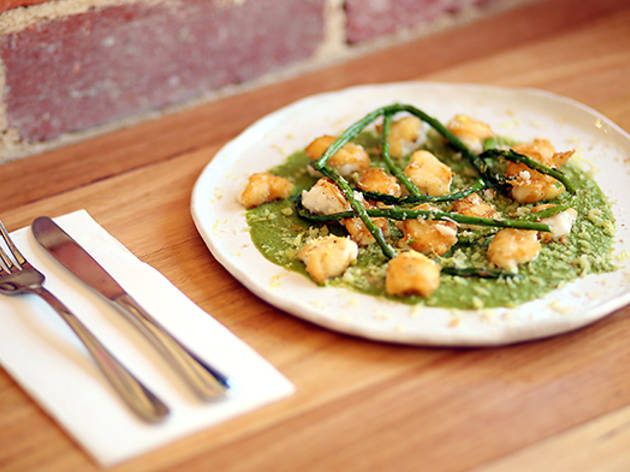 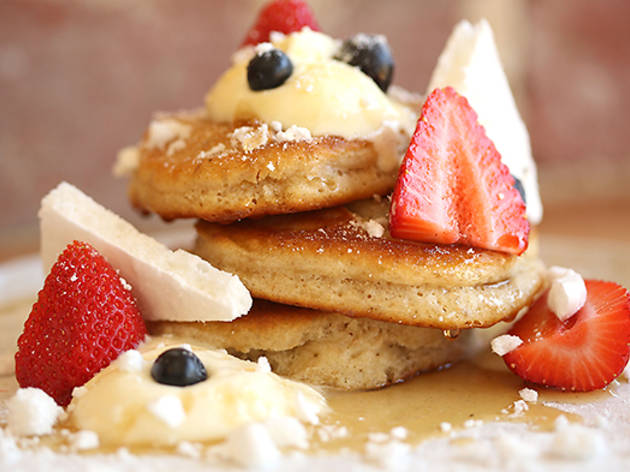 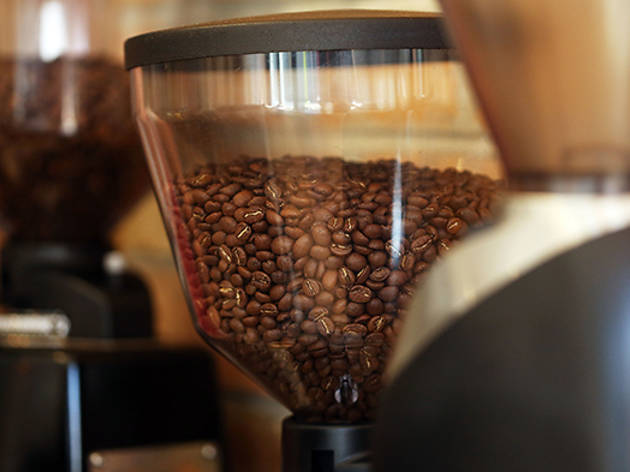 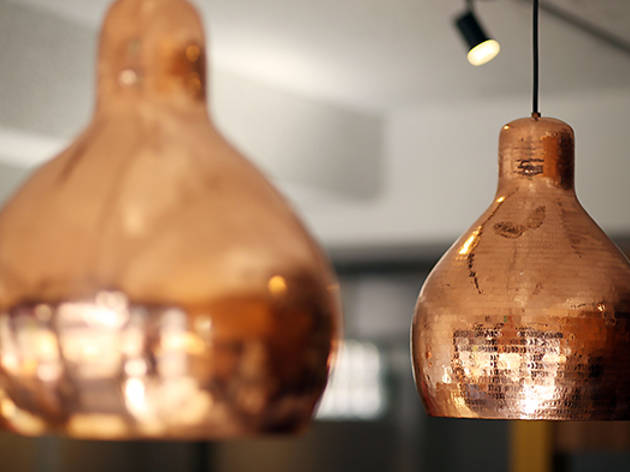 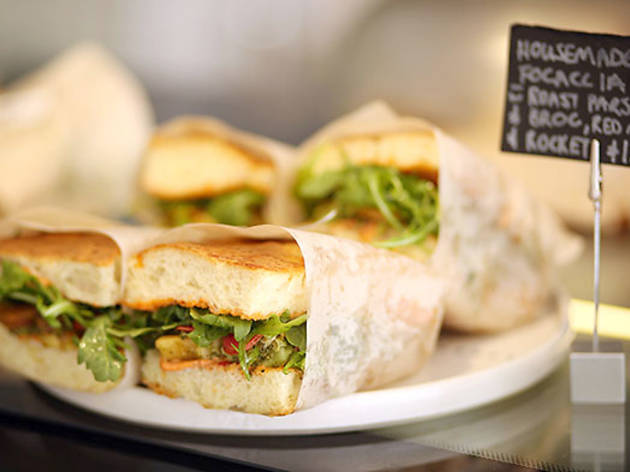 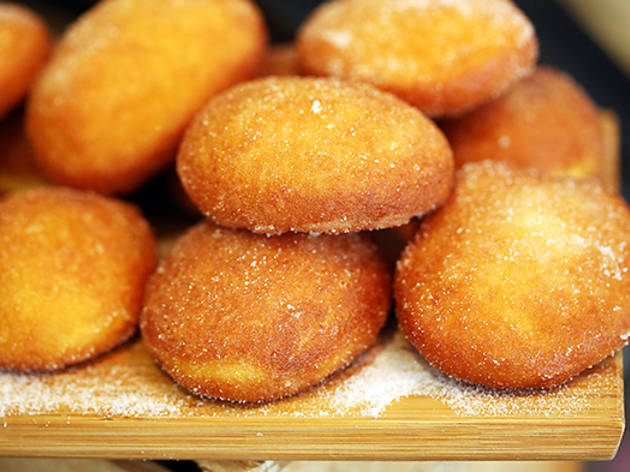 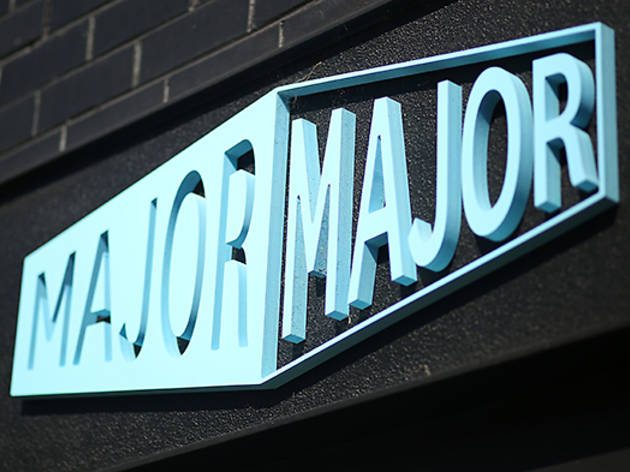 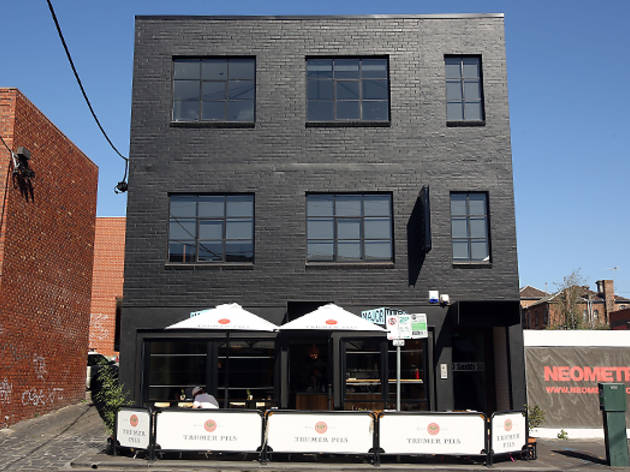 This new Fitzroy eatery brings some major flavours to the table

For years the south side of Smith Street has had little culinary delight to offer beyond the McDonalds on the corner of Victoria Parade. Staring down the golden-arched Goliath from across the road, the newly opened Major Major takes big strides towards readdressing the area’s culinary balance by serving up a tasty range of healthy(ish) breakfast and lunch.
Major Major embraces a calm and uncluttered approach to décor and lets the high quality food and service do the talking instead (disclaimer: the food does not, in fact, talk. But the service does, quite well). Tables are adorned and attentively replenished with complimentary sparkling water and customers sit in full view of the open-plan kitchen, where all the magic happens.
The breakfast menu is available all day – highlights include your classic baked beans, sausage, egg and toast soldiers combo, flatbread wraps, plus banana pancakes for the more sweet-toothed. Beans, egg and toast may sound run-of-the-mill on paper but as you might expect, this ain’t your average tin of Heinz. Every aspect of every meal has been skilfully executed with housemade ingredients. Sixty-three degree eggs are served with Hungarian csabai sausage and housemade baked beans and presented in a dish that looks as good as it tastes. Feel free to have an extra helping of maple syrup on those pancakes: they’re wholemeal.
Lunch boasts blade steaks, smoked swordfish and calamari gnocchi, while on the lighter side of things $12 will buy you three salads of your choosing. Coffees come courtesy of Dukes Coffee, as is Major Major’s selection of Larsen and Thompson tea blends, which are served in a nifty self-brewing, button-pushing teapot.
The entire Major Major squad are proficent, friendly and outgoing – even the chefs. It’s a tour of duty we’d happily sign up for again.
Share Tweet