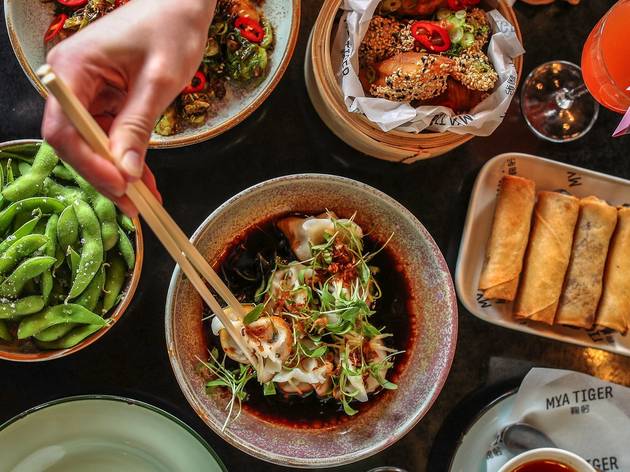 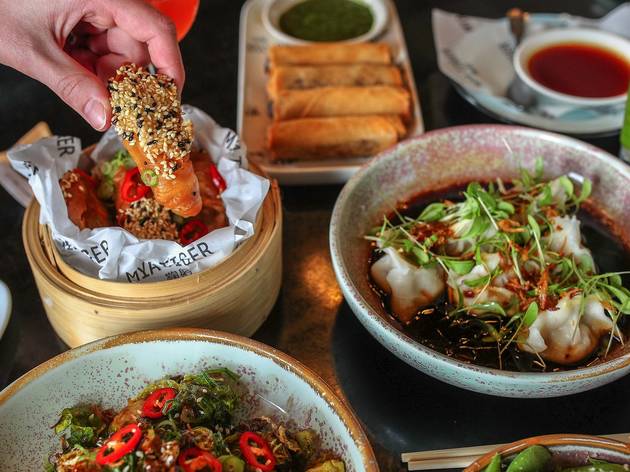 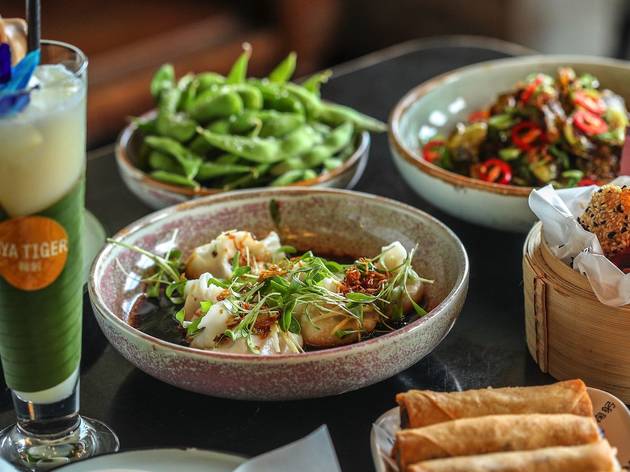 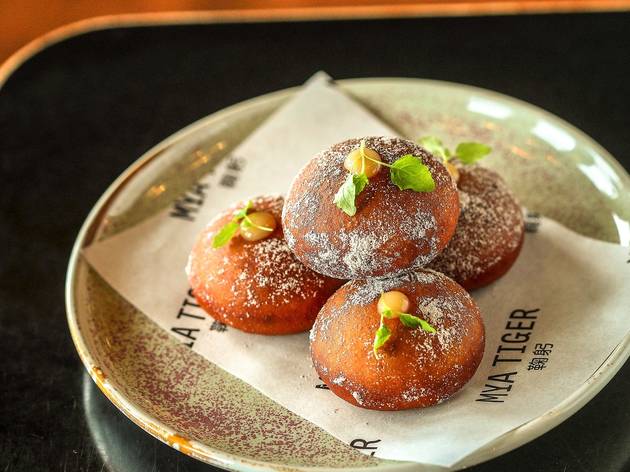 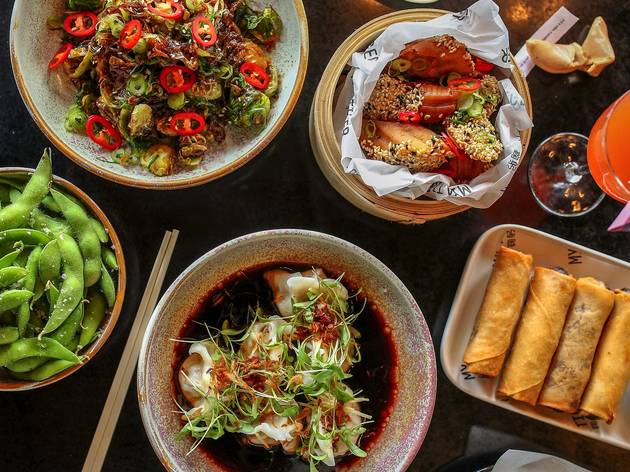 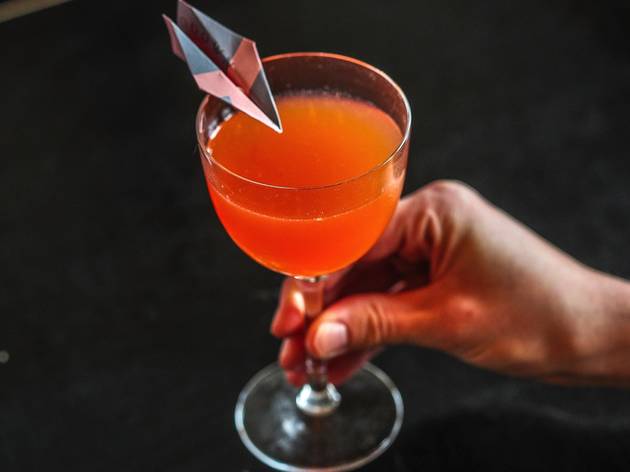 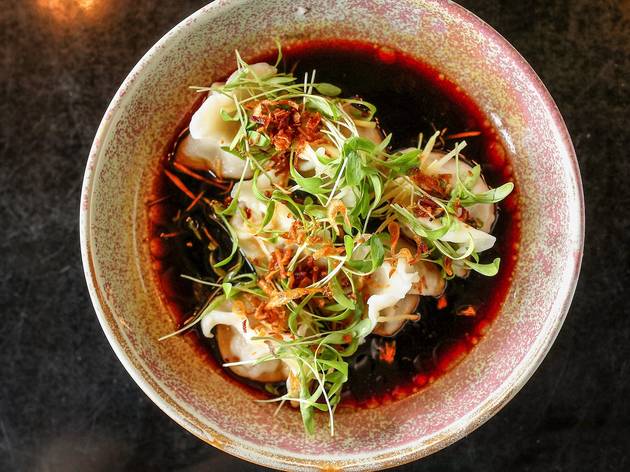 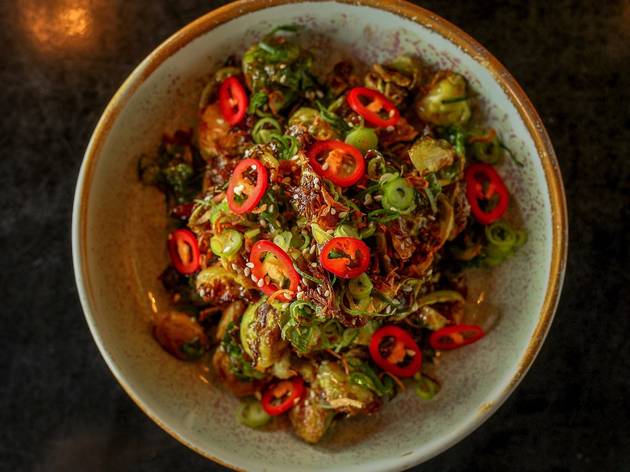 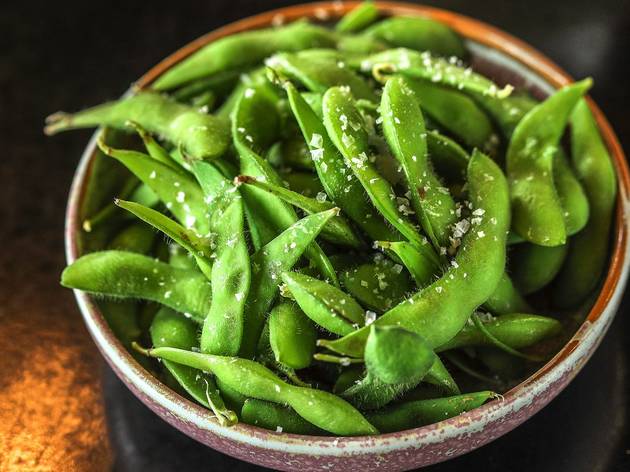 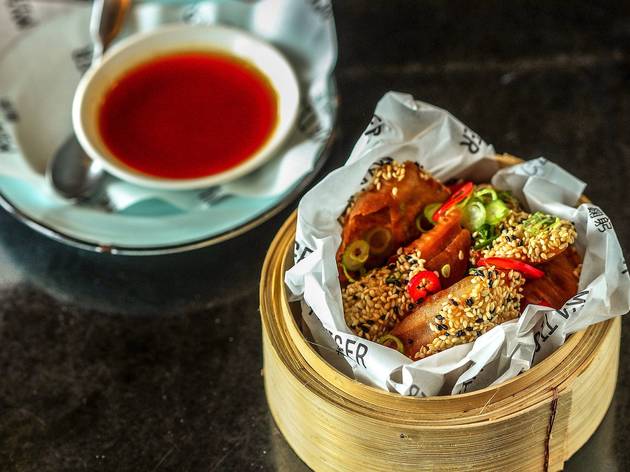 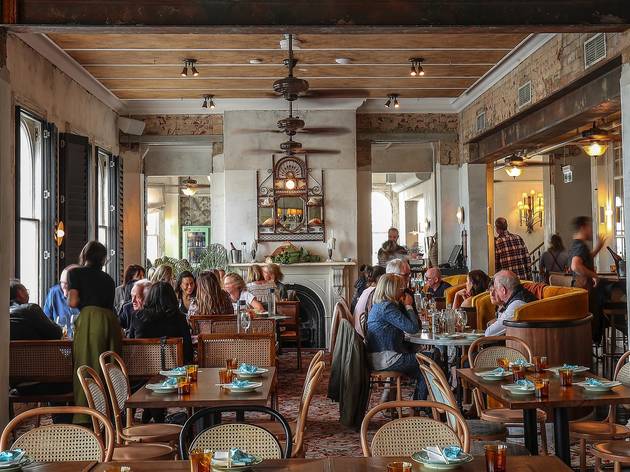 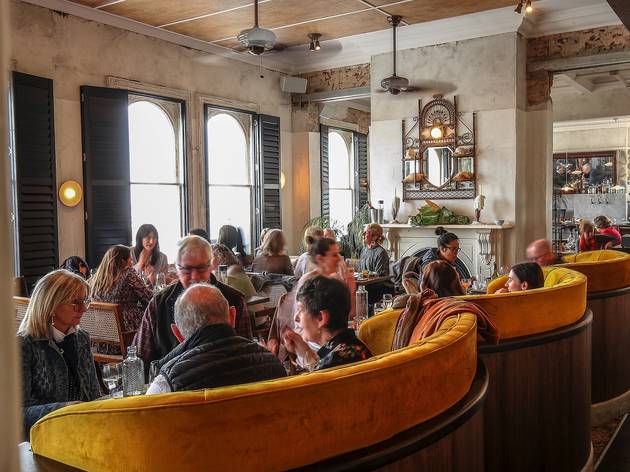 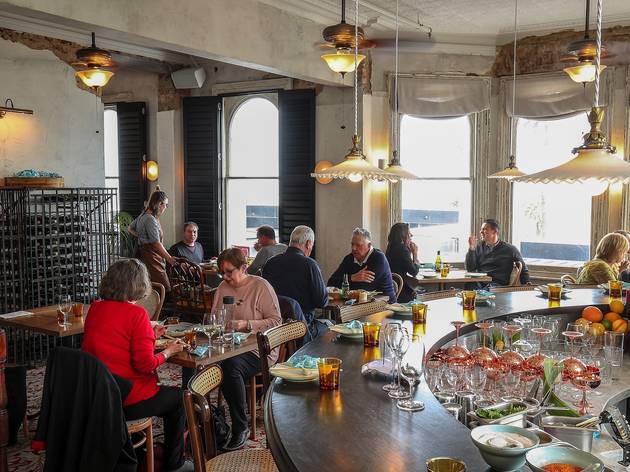 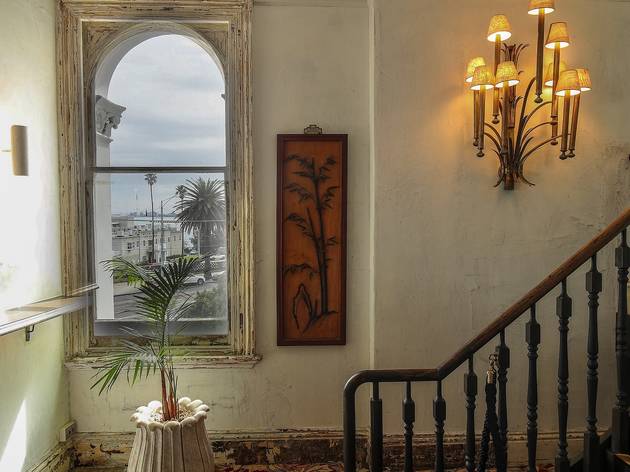 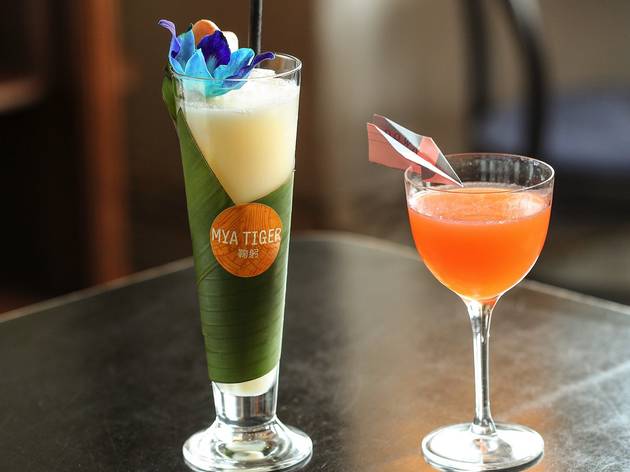 The revamped Espy didn’t ruin the Gershwin Room (three generations of Melburnians breathe a sigh of relief), and the fit-out is spectacular. After years lying fallow and countless false dawns and the terrifying prospect it was going to be turned into some sort of WAG-vortex Disneyland piggybacking a high-rise tower housing people who wear lanyards as accessories, the Hotel Esplanade re-emerged from the plastic surgery ward with its dignity intact.

The grande dame is proving 140-plus is the new 30, and Mya Tiger is the jewel in its turban. One of the joys of sitting in the first-floor restaurant with views of the pier and bay, having cleverly booked a semi-circular booth swathed in gold velvet, is watching fellow travellers traipse through taking in the tactile beauty, wide-eyed with wonder at the clever-clever high-low approach with a soupçon of Days of the Raj thrown in for good measure.

So here’s hoping Mya Tiger understands when we say the food comes second to the fit-out. It’s a big-flavoured Canto parade that’s not going to set the world on fire; nor is it going to gouge your wallet until it bleeds. Without going anywhere near the abject territory of a “miso hungry” banquet option or “happy ending” desserts that you'd see at other restaurants, you’ve certainly eaten this menu before – if not here, then at other places doing devil-may-care mash-ups and plenty of things that interrogate the line between drinking food and dinner food.

Lamb spring rolls, toasty with cumin, are actually a pretty good idea, especially with a sharpening dip into mint sauce with a backbone of chilli. Sesame prawn toast, everyone’s favourite relic of the Chinese restaurants of childhood suburban dreaming, splices its DNA with Chinese doughnuts (the minced prawn is stuffed inside the sliced pastry, which is really a matter of window dressing) then turns up the volume with a citrus-driven chilli dressing. And the bang bang Brussels sprouts deserve the love for engineering the bite-sized brassicas into charry, oily, salty, spicy pods of antioxidant-giving happiness. Win.

On the other side of the ledger sits chicken and ginger dumplings, the fragrant fillings let down by gummy wrappers, and edamame that arrive screaming for more salt. But no kvetches with doughnuts oozing yuzu curd innards and dusted in sugary five-spice, the kind of thing the Queen Vic Market van might want to look into.

Drinks? It seems a terrible oversight not to have a Bloody Mary on the booze list with all this chilli flying around, especially when Mya Tiger gets the dressed-to-impress weekend brunch crowd. Seriously, guys, remedy the situation pronto. Yet consolation is at hand in the form of cocktails that stick to the theme (a 5-Spice Highball with cola, citrus and Havana Club especially is on friendly terms with most of the menu) and locally produced local craft beers.

It’s a fine experience, and a fun one. But final word goes to the fortune cookie: “A life-changing experience awaits you in the next room.” Yes, the Gatsby-esque powder rooms are magnificent. At the new Espy, it’s all about the real estate.