Restaurants, Barbecue Melbourne
3 out of 5 stars 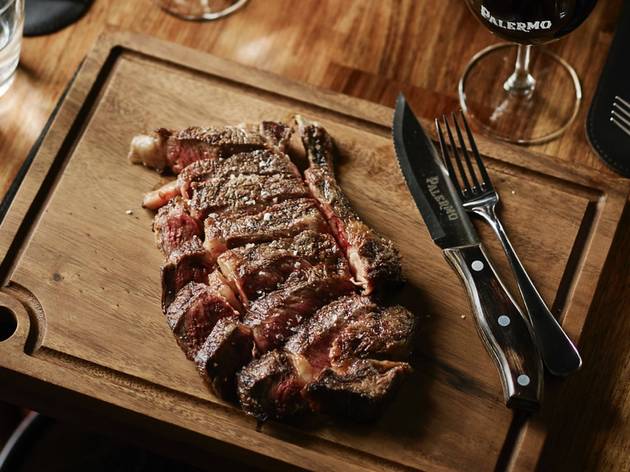 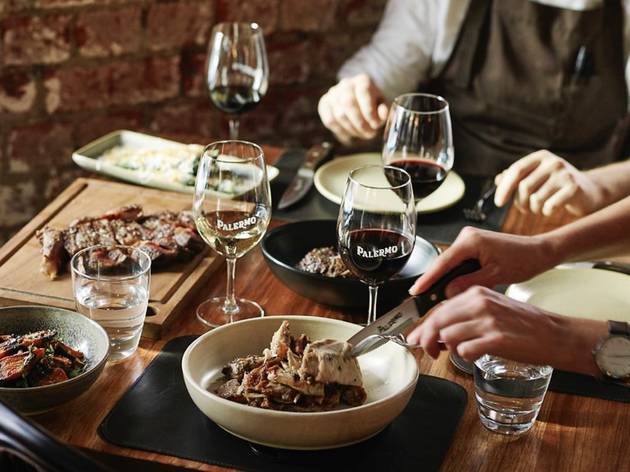 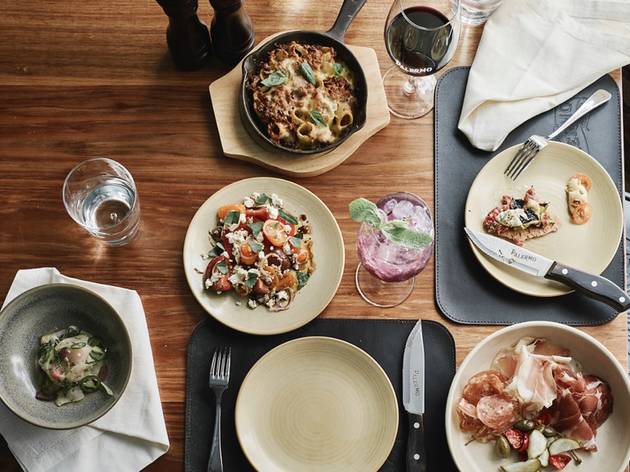 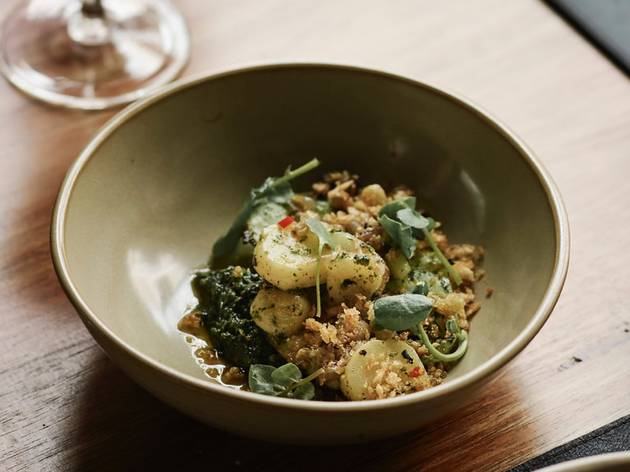 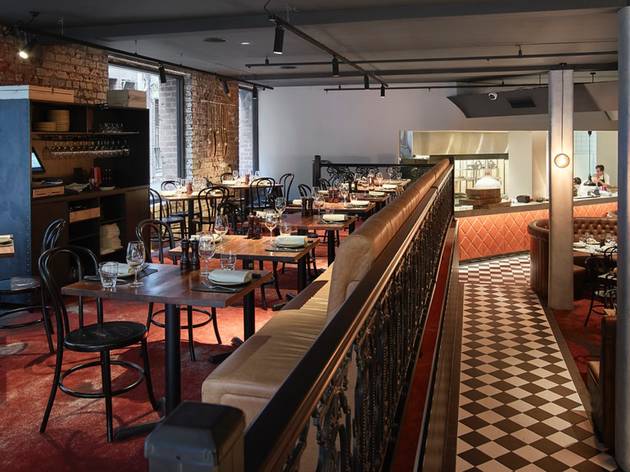 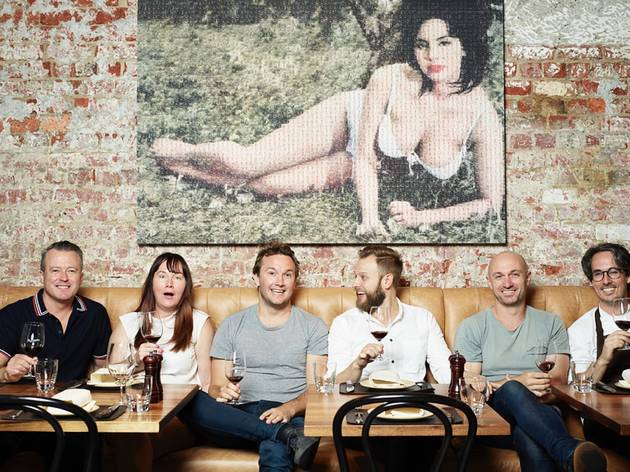 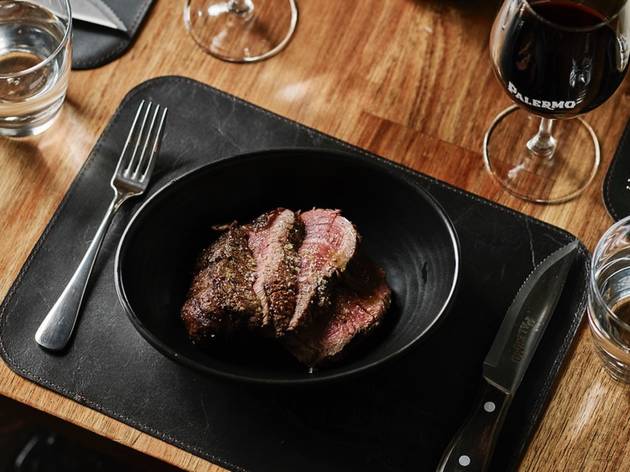 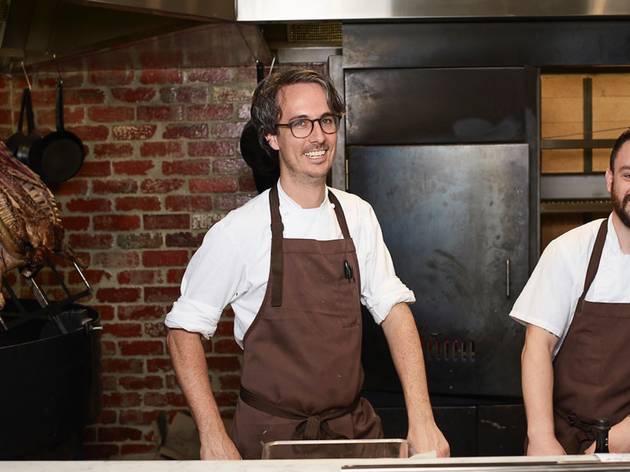 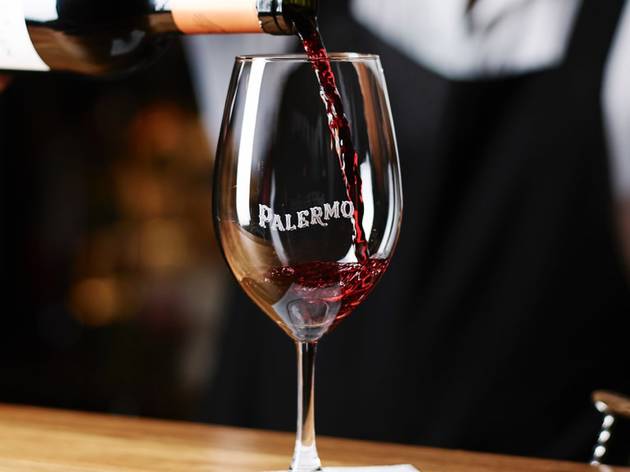 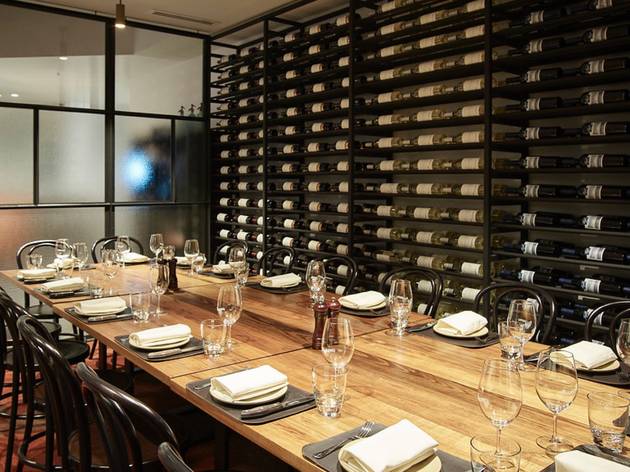 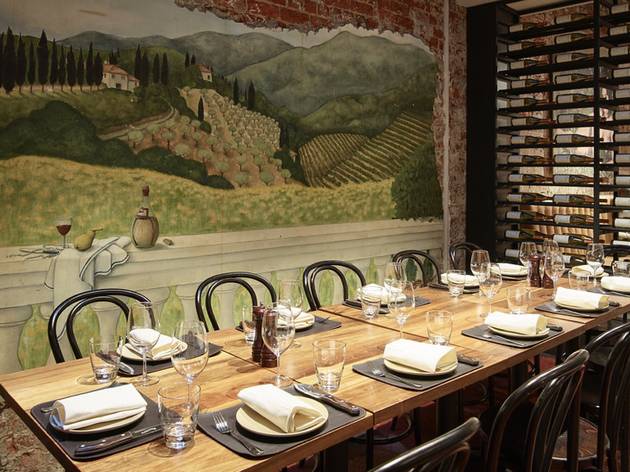 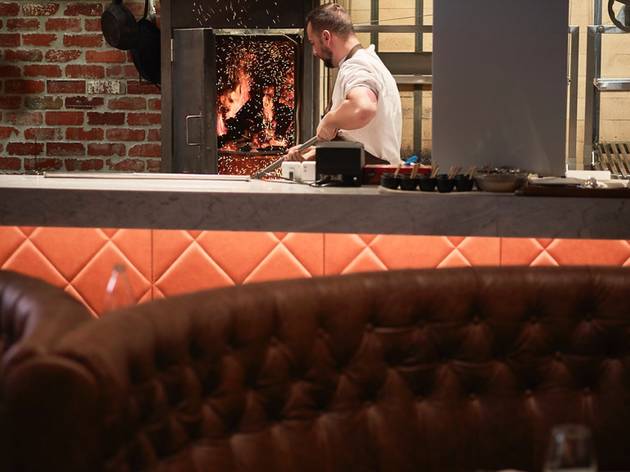 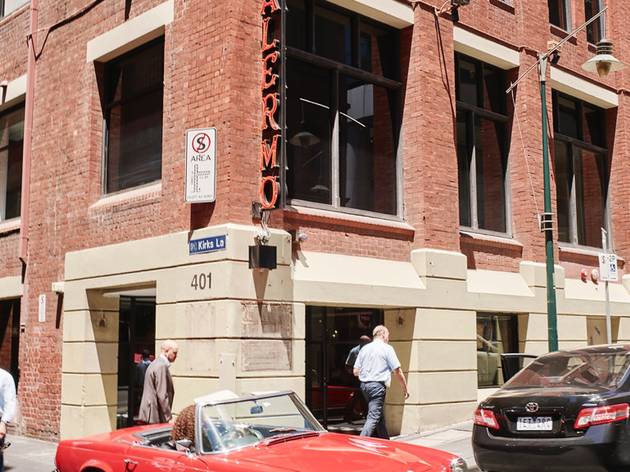 Get your bearings, Melbourne. Palermo the restaurant is named after the barrio in Buenos Aires, not the city in Sicily. The difference is perhaps more academic than it immediately appears, given the profound Italian influence on Argentinian cuisine, but the distinction is necessary to explain the particular mise-en-scène of its kitchen: the whole pig tangled in a wire frame over a red-brick fire pit (the asador) and the contraption known as a parilla, where shelves of chorizo, morcilla and other meaty bits are raised and lowered over glowing coals with a NASA engineer’s precision.

It’s a scene not dissimilar to Palermo’s older sibling San Telmo. Palermo is more or less the same concept, migrated to the other side of the city on the cusp of the legal district where the deification of steak is as sacrosanct as wigs and gowns. And going by an ordinary Thursday night, when the sunken dining room’s covetable leather booths are heavily populated, it would appear to have been a successful second bite of the cherry for the same team behind the Peruvian-leaning Pastuso and the soon-to-open Southbank restaurant Asado.

Warning: this is not a steakhouse paying lip service to vegetarians, who are banished forlornly to the list of side dishes. But for those who keen to embrace its meaty heart and South American garb (including a wine bottle chandelier worthy of a spaghetti western and waiters in smashing leather aprons), our sage advice is to value-add by summoning a group of mates to best experience the breadth of the menu’s light and shade.

Are there empanadas? Sure are: fat pockets of fried fun, crisp and bubbled, spilling melted mozzarella and corn punctuated with a mild jalapeño kick (good) or long-simmered nubbles of garlicky beef (a little dry). Fat swatches of kingfish don’t exactly state the case for the national sport of ceviche – they lack a depth of acid and crisp, clear flavour – but the toasted sunflower seeds and sweet-salty element of fire-licked red grapes jazz it up beyond the standard playbook. The best dish is the most devoutly Italian: chargrilled baby octopus just-cooked so the proteins retain the memory of their jellified state, the impression sharpened by the subtle brine of a squid ink aioli and rich tomato salsa.

Steak is billed by its weight as well as its origins, from a 300-gram O’Connor’s grass-fed hanger thrown on the grill just long enough to form a tasty crust over the gutsy rare meat to a 1.3 kilo Wagyu striploin that’s the stuff of business-lunch fantasies. They’re all served bare, frosted with only a few salt flakes – yes, you will need add-ons, and we don’t just mean malbec. The waiters will push the carrots with smoked eggplant purée, but the crisp greenery of cos and beans with slivers of toasted almonds is the simple life-raft raft of enlivening crunch you need in this all-protein scenario.

For all the posturing of the asador, the pork is presented in the streamlined international style. The shards of crackle appear to be the uniform fryer version – not something that’s just been pulled off the carapace with a winning mixture of crunch and gooey fat, but more of a “here’s something we prepared earlier” scenario. But hey, dessert. Flan is a national dish for which Argentina should be inordinately proud, and Palermo does it justice with thick, spoonable crème caramel topped with of dulce de leche (who needs Nutella?) and salted peanut praline adding a moat of crunch. We say si.