Gone are the days when vegetarian restaurants are explicitly labelled as much. As everyone collectively reduces their meat consumption in a bid to improve our physical and planetary health, meat-free restaurants occupy less of a niche position and more as all-round destinations no matter where you sit on the carnivore–omnivore–herbivore scale.

Taking occupancy in a 1920s two-storied Art Deco building off a secluded roundabout on the periphery of the city, Patsy’s vibe differs dramatically on both floors. Upstairs, it has an old-world charm with stained glass archways, wood panelling, blue-green wallpaper with hand-painted geometric shapes and vintage sideboards. Downstairs, it’s Mediterranean beach bar vibes with a glass-framed bar and terrazzo tables. If your dinner booking’s for 6pm, show up ten minutes early to capitalise on half-priced happy hour cocktails with monikers ranging from ‘My Vegan Friend’ to ‘Gwyneth’s Daughter’ or avail yourself of a local or international wine – most of them vegan, all of them from regeneratively farmed vineyards.

If you’re unfamiliar with regional European fare, Patsy’s menu may require some googling and tentative finger pointing when your waitstaff comes along. With a menu delineated into ‘snacks’, ‘entrées’ and ‘mains’, our waiter recommends 3-4 dishes from each section for our group of five. Each dish crafted by chef Dallas Reilly is inspired by a drop from northern Mediterranean wine regions, in a list carefully put together by wine director Sebastian Zotti, so unsurprisingly, the food takes its cues from France, Italy, Spain and Greece.

One of Burgundy’s most famed food exports, gougères bourguignonne are hollowed out, small oblongs of choux pastry puffs – a delicate concoction of butter, water, flour and eggs – filled with the silky soft, gooey Lyonnaise sheep’s milk cheese Brebirousse. They resemble chocolate eclairs – the same choux pastry is used in both. If the Brebirousse oozing out of the pastry puffs isn’t enough cheese, grated Gruyère with mini dollops of seeded mustard sits atop. The first snack is a success.

The Corsican chestnut flatbread is more akin to a miniature crêpe, bursting at the seams with fresh mustard leaves and effectively straddling the boundary between savoury and sweet with its crushed hazelnuts and small wedges of mandarin.

Pâté is one of those intense meat-like dishes that has nonetheless been met with strikingly similar vegetarian incarnates, and Patsy’s pâté aux champignons is chief among them. Like onion mushroom soup in a buttery mousse-like form, the salty, garlicky pâté – as every good one should be – is a treat with the thinly sliced, crisp baked croutons.

Kickstarting the ‘entrées’, Nice’s famed chickpea pancake socca is crisp on top and fluffy underneath in Patsy’s incarnation, recalling the spongy texture of uttapam – a South Indian breakfast pancake made with fermented rice lentil batter. Topped with sautéed Jerusalem artichoke, crunchy artichoke crisps and the smoky char of grilled radicchio-like treviso, the socca is a melange of savouriness.

Hailing this time from Spain, the traditional sweetish savoury dish of guiso de coliflor is the best riposte to cauliflower rice and other such abominations of the cruciferous family. Flash- fried tiny florets of cauliflower are tossed with capers, a raisin purée and pine nuts, while the hint of orange you see peeking out between the florets is the famous Catalan xató sauce, a nutty and garlicky concoction not dissimilar to romesco. The addition of raisin purée may put off those with their feet firmly in the savoury camp, but the effect is a light rather than cloying overtone.

Every region has its version of a dumpling, and culurgiones – ‘little leather satchels’ – are Sardinia’s. Pasta pockets filled with potato and pecorino and shaped into ears of wheat, Patsy’s culurgiones are pillowy soft, herby and fresh despite consisting exclusively of carbs. The accompanying salsa di ricotta is perhaps a touch nondescript and not as punchy as a traditional passata, what’s often used in Sardinia, would’ve been.

Mains arrive swiftly. Greece’s answer to a leek pie – prasopita – is invigorated by kefalograviera, the Mediterranean country’s most famous cheese: a hard, yellow, piquant variety. Like so many dishes on Patsy’s menu, it crisscrosses the borders of sweet and salty as a cheese pie doused in red-wine stewed capers. As a contrast to the flaky thin pastry in the prasopita, the thick and sturdy shortcrust in the empanada envelops a salt-spiked, rich filling of potatoes, olives and egg. Patsy’s swaps out seafood with brussels sprouts in the southern French culinary specialty of bourride, traditionally a fish dish bathed in aioli and olive oil. With an unmistakeable smokiness, the soupy dish is lent some heft through the addition of cubed potatoes.

If you haven’t had enough potatoes, however, the kipflers with frizzled onions off the ‘sides’ menu are oh-so simple but oh-so reliable in the flavour hit they deliver, while the arroz e feijão – Brazil’s answer to rice and beans with the addition of Portuguese chimichurri – is delicious and comforting in a way reminiscent of a homecooked meal.

As our waiter intones, "Dessert doesn’t go to your stomach, it goes to your heart," so we order three – the empanada de ruibarbo, mille-feuille de coing and the sorbete de chocolate. The tartness of the rhubarb and custard-filled empanada is complemented perfectly by a velvety, thick pool of caramelised white chocolate while the mille-feuille is a structurally impressive feat, with three layers of crisp, light puff pastry interspersed with quince, cream and pistachios. The juxtaposition between the salty cacao crisp jauntily wedged into the chocolate sorbet and the bitter coffee oil drizzled all over is perhaps the most memorable of the three sweets.

Formerly a nightclub, Patsy’s is now delivering good times of a very different quality: a diverse yet selective list of wines and traditional European dishes where meat is supplanted with vegetables – so the likes of cauliflower, brussels sprouts and even the humble potato can occupy the spotlight they so rightly deserve. 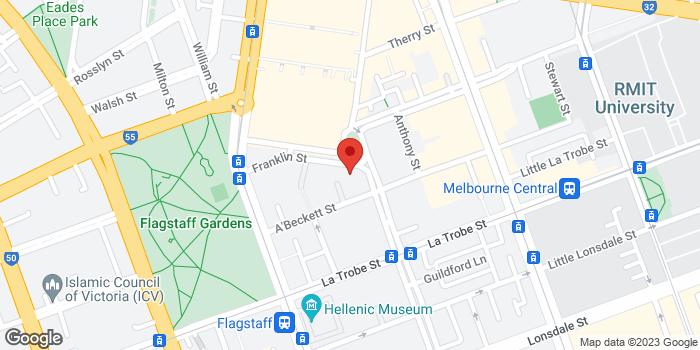