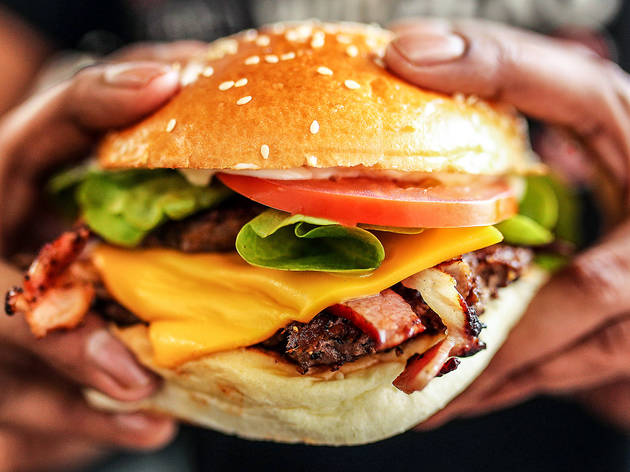 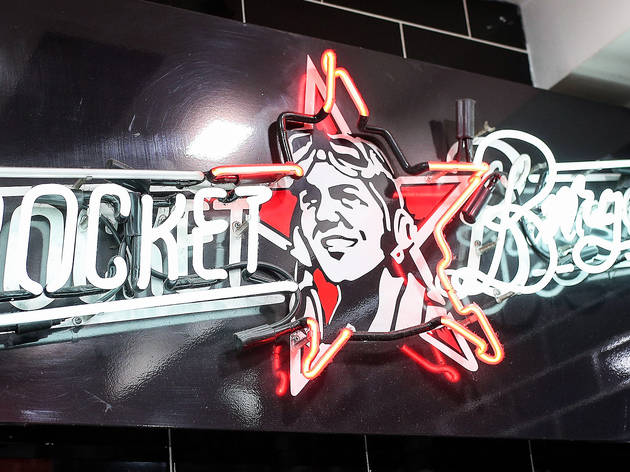 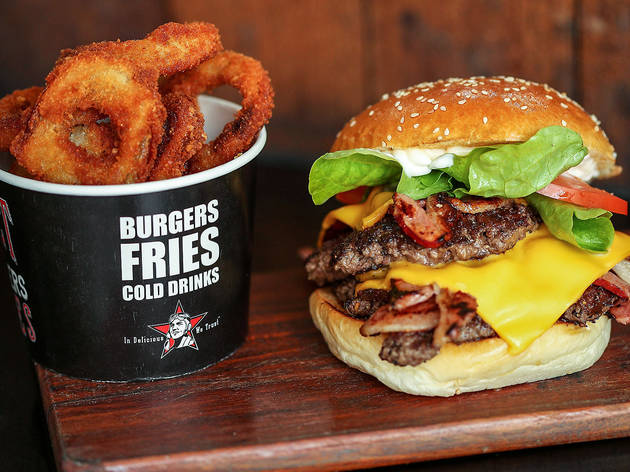 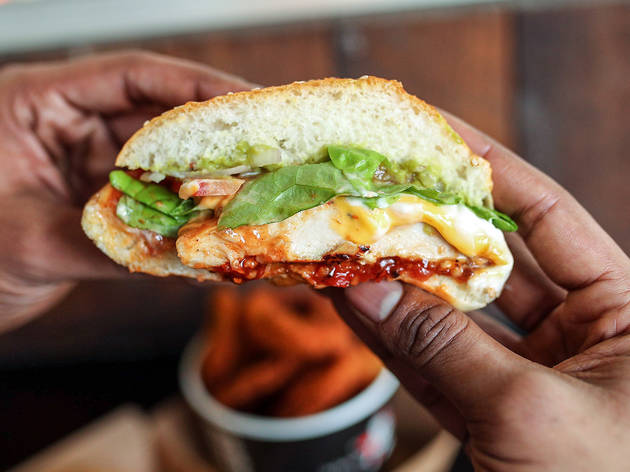 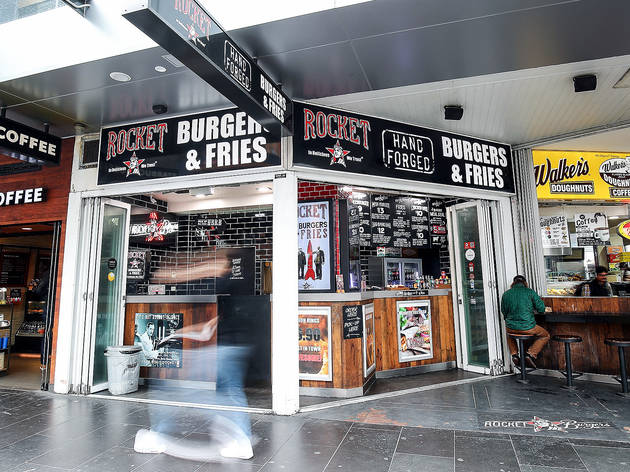 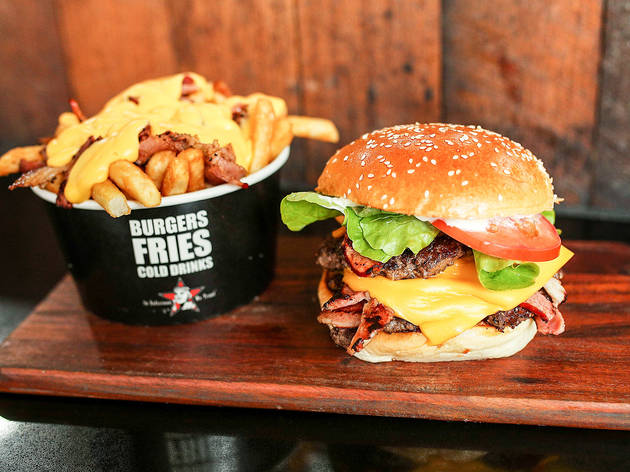 Rocket Burgers is located at the corner of Elizabeth and Flinders streets in the CBD - not the most glamorous surrounds, where hundreds of busy commuters, earphones plugged in, cause pedestrian gridlock. But in the wee small hours it's busy for a whole other reason – very late night burgers.

It’s designed for take-away, with only seven stools and a slim table. But that won’t really matter, because this hole-in-the-wall, which opened in 2015 is keeping those grills hot until 6am on weekend party nights.

The menu is sparse (six burgers, plus sides)  but what it lacks in size it makes up for it in taste. Try the lime and pepper chicken burger, smothered in American cheese, creamy guacamole, a tangy, tomato relish and the traditional salad trimmings. The chicken breast is tender and juicy, while the lime and pepper adds a subtle zing. The only let down is the somewhat flimsy buns that needs to be a bit stronger to hold its contents together to make it from box to mouth.

Add the loaded cheesy and bacon fries to your order; a generous bucket of golden crunchy fries laden with sizeable chunks of crisp bacon for a smoky hit and American cheese.

The man-burger is terribly named but it also happens to be the Noah’s Ark of burgers - there’s two of everything; two slices of bacon, two slices of cheese and two beef patties, cooked well done and made from Angus beef that they grind in-house. The pickle, onion, tomato and lettuce brings lightness to all that protein.

Rocket Burgers’ got that dinky, grungy vibe that being an Elizabeth Street walk-up will do to a place. But don’t let its lack of charm - or seats - put you off. In a town almost at bursting point with burger options, Rocket Burger is a bit of a secret gem. It’s well worth rubbing shoulders with the crowds to try, whether it be at 6pm or sunrise.