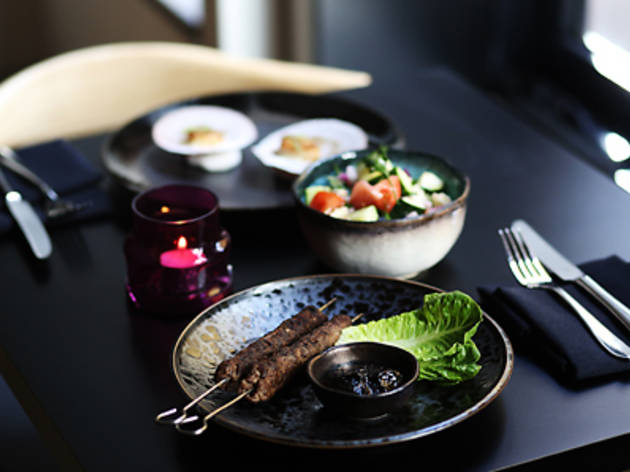 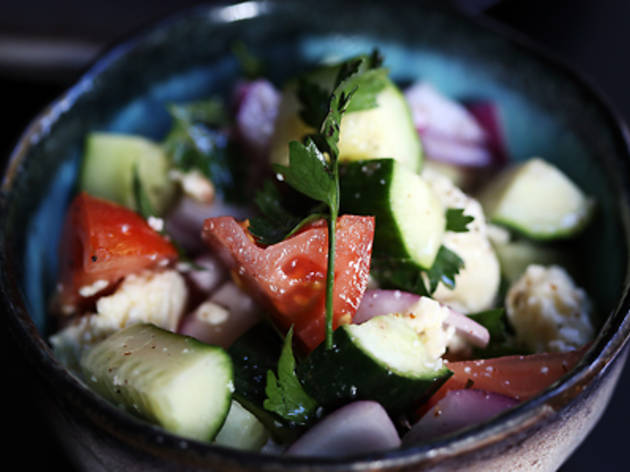 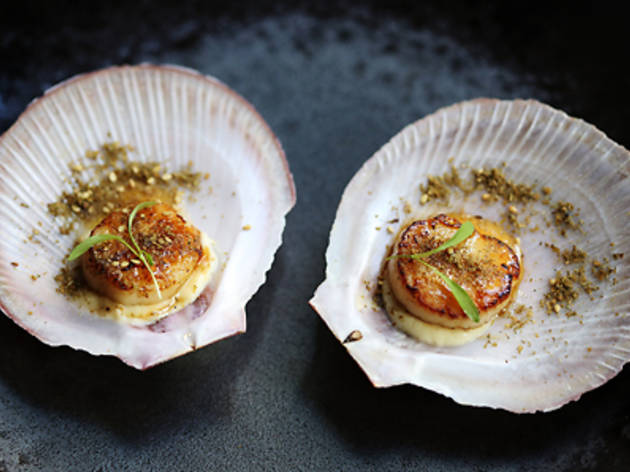 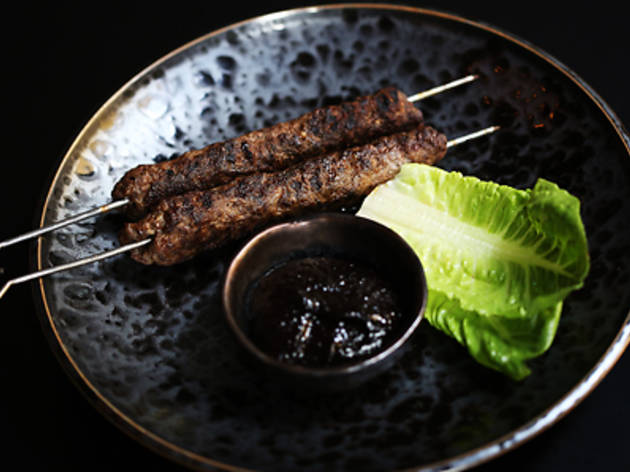 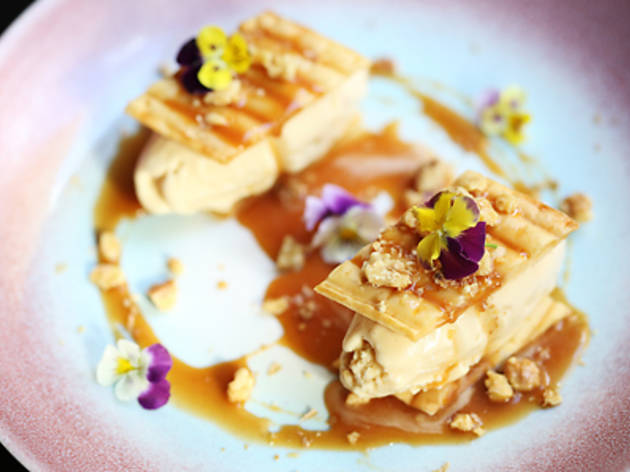 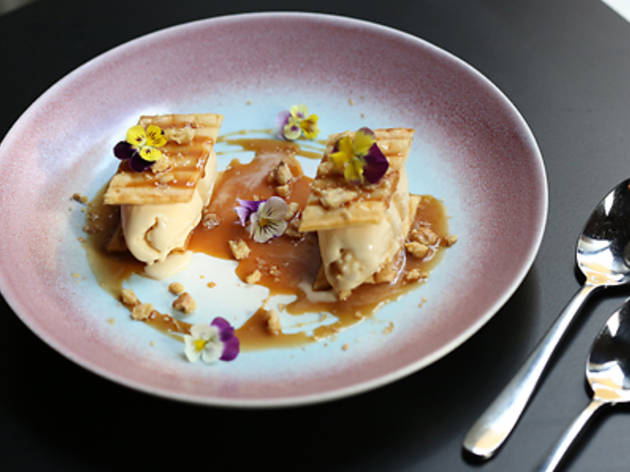 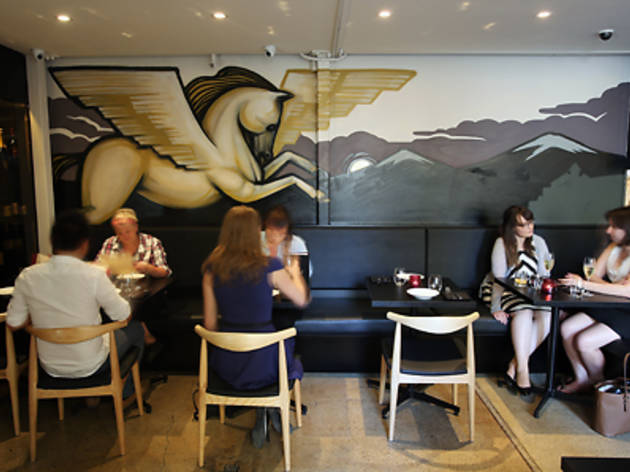 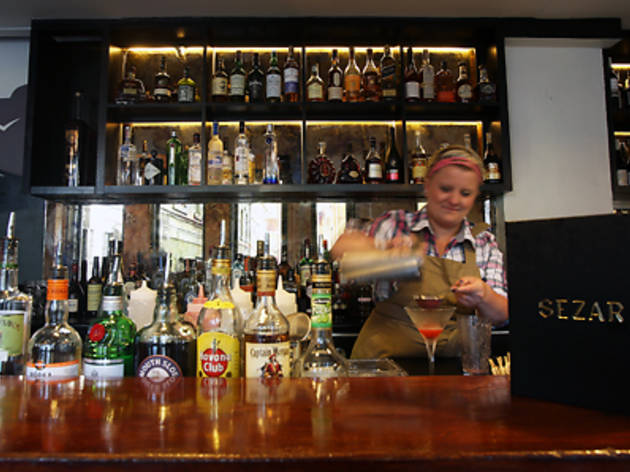 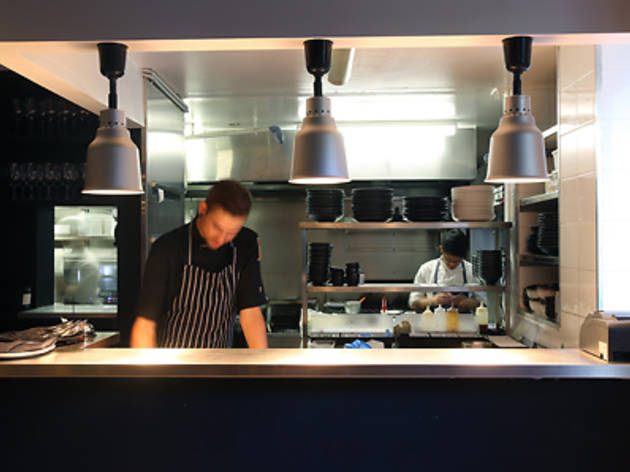 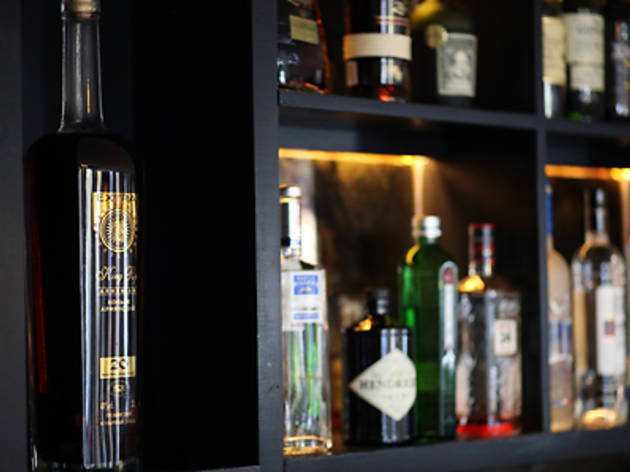 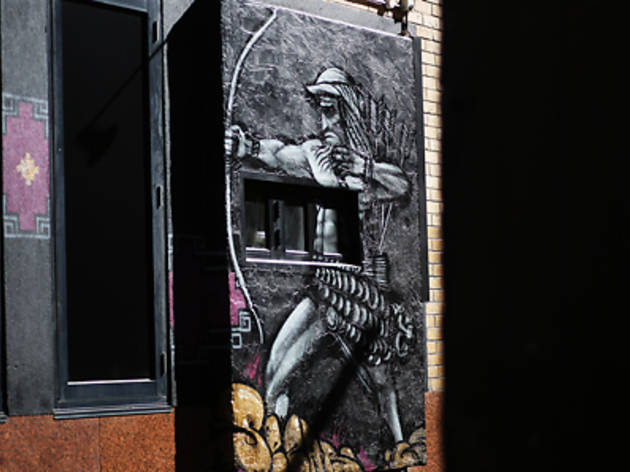 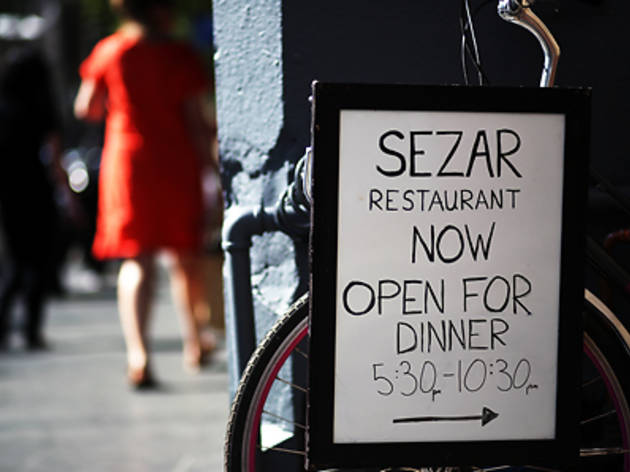 The Black Toro crew have opened an Armenian restaurant, but does it hit the mark?

So this is the restaurant by Aret and Sasoon Arzadian and chef Garen Maskal – the crew behind Glen Waverley’s fancified Mexican haunt Black Toro. This time their pitch is Armenian – new in this town – but before you gallop here on an anthropological quest, be warned that Sezar is unlikely to unravel the mysteries of Armenia’s Mediterranean-meets-the-Middle-East cuisine. Maskal is a bona fide native, but he trained in the polished, mod-Oz kitchens of Ezard and here his menu offers fanciful riffs rather than traditional dishes.

Sure, you might start with boregs: fat, golden filo cigars with a molten core of spinach and salty feta cheese. But then seared scallops with a slick of cauliflower purée, are all Melbourne only mildly exotified by a sprinkle of dukka. You wouldn't call it hearty soul food. These are simple dishes, gussied up for a modern Melbourne audience and priced accordingly.

Kofta-style lamb skewers are grilled and served on a beautiful mottled black plate with sour cherry jam and a cos lettuce wrapper. They deliver char, fresh crunch and tang – it’s a great combo. What they don’t deliver is bang for buck at $9.50 a pop. Butterflied and grilled prawns are $26 for four with a bowl of raisin-topped burghul that cries out for moisture, and yet the acrid taste of the scorched prawn shells doesn’t inspire us to finish the dish. We’re also left cold by a pretty plate of air-dried beef sheets looped around fresh and dried figs and a potently smoky eggplant puree – all good elements that don’t quite gel.

That’s the thing about Sezar. You’ve got a menu gunning for refinement but then the soundtrack swings between clubby disco and electro pop. It’s as if someone left the music on from prep shift. We’re rushed to order by a staff who aren’t familiar with their menu, and left hanging for desserts and the bill.

The room feels thrown together. They did, in fact, flip the old St Peter’s Trattoria site in three weeks, simply dressing the long, white box with a chunky, winged horse mural and a mod-gothic chandelier plugged with those Edison bulbs. Some sound buffers could go a long way to improving the vibe and the noise. Right now, one group’s shouty pal becomes everyone’s problem friend.

There are good things here. The ‘baklava’ dessert is a home-run that sees flaky filo sandwiching a soft quenelle of walnut ice cream and salty caramel, and they have a few great beers like Lebanon’s 961 Pale Ale. But as a restaurant seeking to compete in the CBD dining war zone, sometimes you have to ask if the bits of good are good enough.