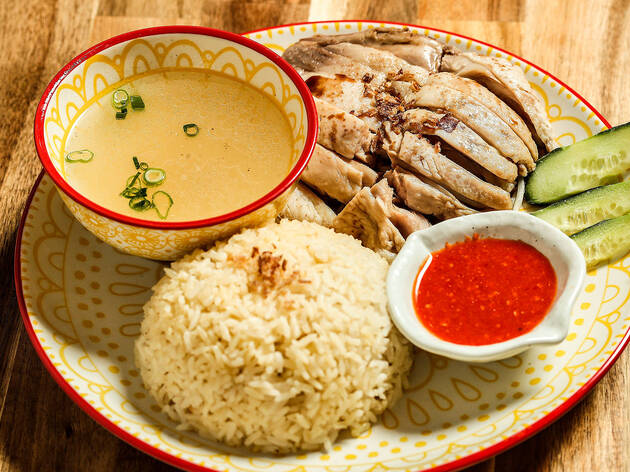 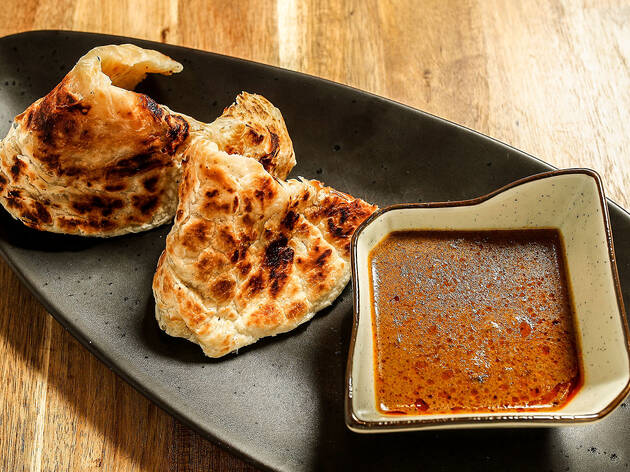 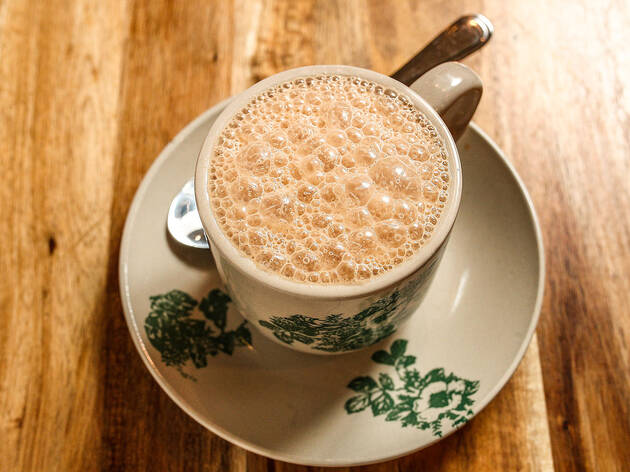 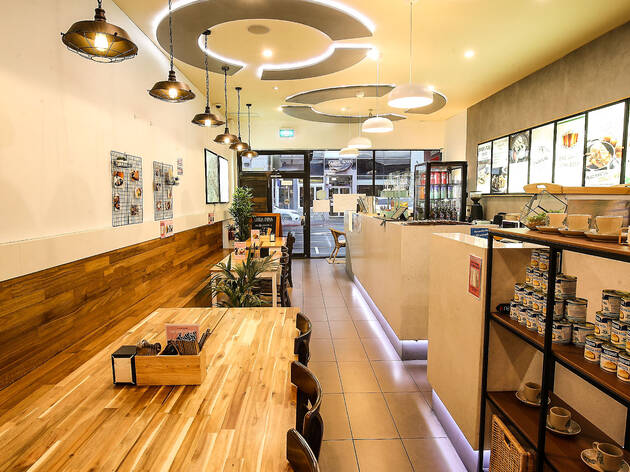 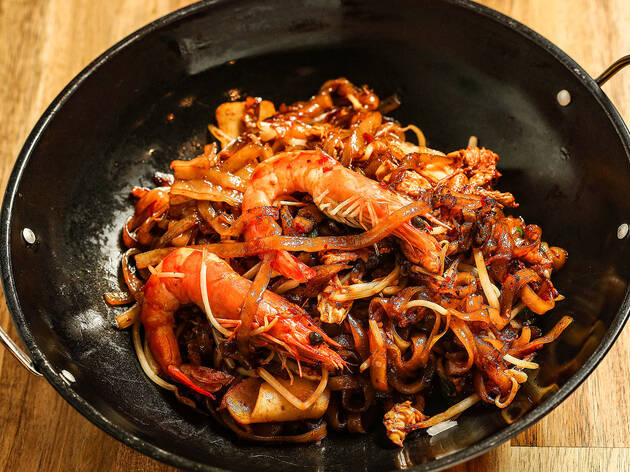 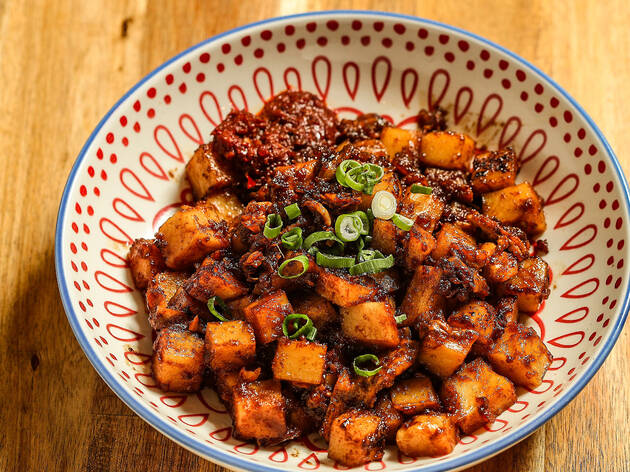 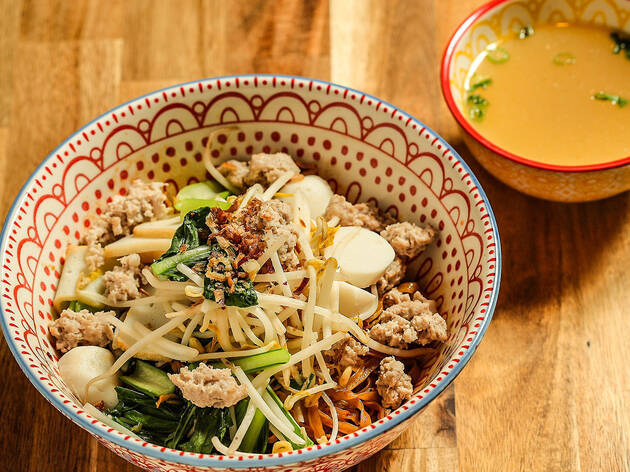 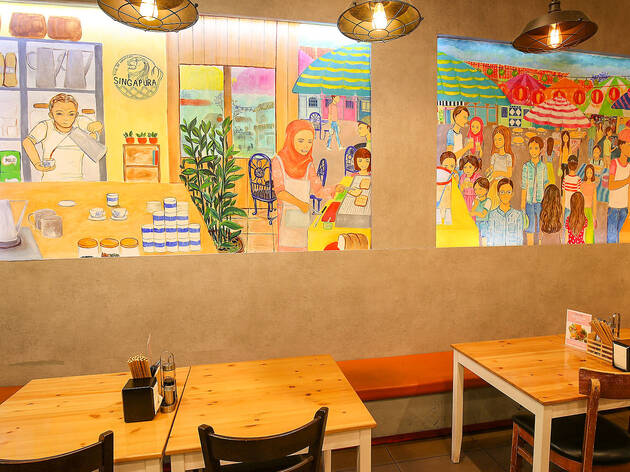 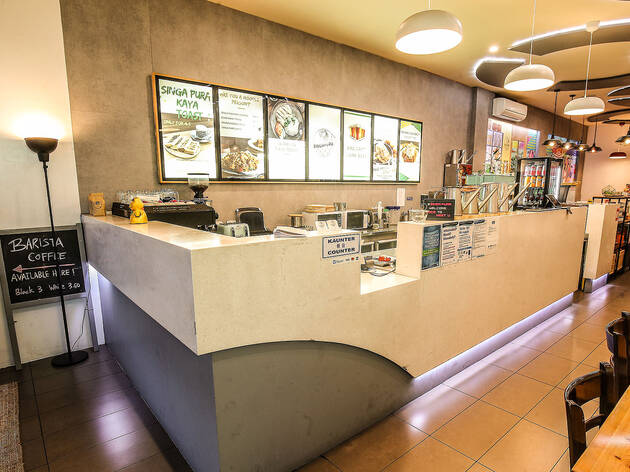 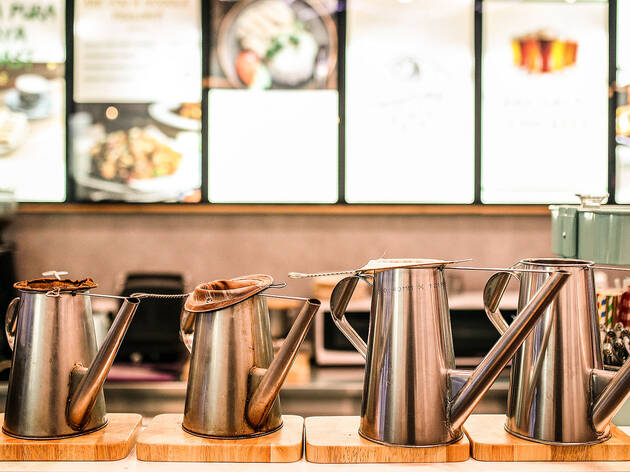 Singa Pura’s menu is like a dining chair travel guide to Singapore – it’s divided into three distinct sections named after the country’s most famous dining precincts: Newton Circle Hawker Centre, Maxwell Food Centre and Clarke Quay. Singa Pura King of Hawkers is resolutely championing the food of the tiny island city state, not settling for a pan-Asian approximation. And you can rest assured that Singapore’s most famous food export – chilli crab – is on the menu.

Unlike the bustling chaos of the open-air markets that inspired its menu, at Singa Pura you get the cosiness of a family-run restaurant with ambient lighting, framed paintings of street food and the table service you so sorely miss when you’re in a food court.

Favourites of the region like char kuay teow, satay chicken and beef rendang sit alongside lesser-known dishes like carrot cake (a savoury dish of cubes of stir-fried radish, not to be mistaken for the Western dessert), mee pok (a Singaporean hawker staple of fresh, flat egg noodles tossed in lard, sambal and a vinegary chilli sauce) and iced cendol (a dessert of green rice flour jelly).

Singa Pura’s noodle dishes are standouts. In the mee pok, the jagged zigzag indents of the chewy and bouncy flat yellow egg noodles – similar to the Italians’ tagliatelle – catch and keep the salty sauce they’re tossed in, with fishcake and fish balls adding a welcome freshness. The use of chicken mince over pork is a departure from tradition, but the dish doesn’t suffer for it. The faintly charred prawn and chicken char kuay teow, a wok-fried flat rice noodle dish famous throughout Southeast Asia, has that essential wok hei (wok breath) from being cooked over high heat and a slick oiliness clinging to the thin rice noodles. It’s a delicious dream or a Keto nightmare depending on how you feel about fried noodles.

Carrot cake gets its misleading name because in Teochew (a dialect commonly spoken in Southeast Asia), there isn’t a word for white radish, so it was loosely called a carrot. Singa Pura’s carrot cake (imagine something between a fritter and a latke) comes with or without sweet soy. In the former, garlicky, egg-crusted chunks of steamed radish are pan-fried and doused in treacly, salty molasses – it’s so sweet this dish could almost belong in Singa Pura’s dessert section, but it’s saved by the punchy shrimp paste sambal on the side.

Gingery Hainanese chicken rice firmly steers us back to savouriness. Poached chicken doused in an ice bath to stop it from overcooking retains its springy texture and breaks apart easily in Singa Pura’s version. The best way to eat this is to cut off a piece of chicken, pair it with a small spoonful of seasoned rice and top it with Singa Pura’s housemade chilli sauce. Don’t forget the savoury soup on the side, derived from the broth used to poach the chicken.

Singa Pura’s sweets section boasts a litany of kaya (pandan jam) and toast dishes, plus an iced cendol – a traditional Singaporean and Malaysian dish where green grass jelly and red beans sit beneath a mountain of shaved ice drizzled with palm sugar syrup. It’s not as sweet as you might expect, and it melts very quickly. For a more reliable sugar rush order the strikingly sweet teh tarik with condensed milk.

This is the kind of place where the food’s arrival is swifter than the clearing afterwards, and the service is friendly and familiar – the owner starts up conversations with the restaurant’s patrons, asking them how they find the food and listening to the feedback (mostly from older Singaporean patrons) with a smile.

People are well versed in Malaysian fare by now, but it can be more challenging to draw exact borders around Singaporean food. Enter this royal envoy, bringing traditional hawker centre dishes like mee pok and cereal-crusted butter prawns to Melbourne, no passport required.