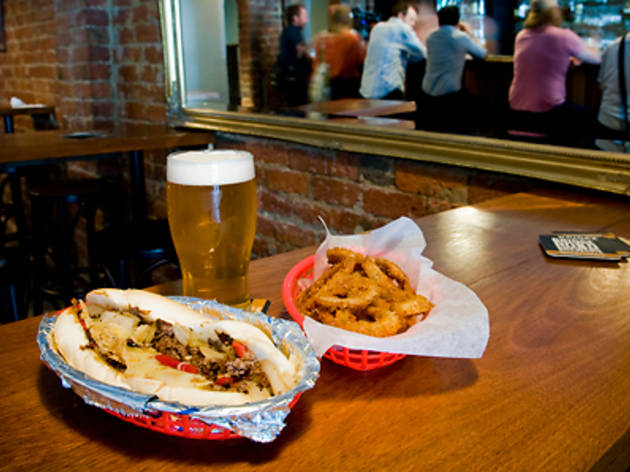 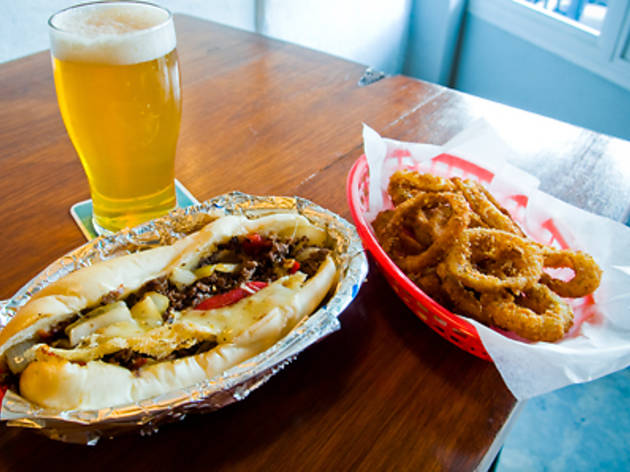 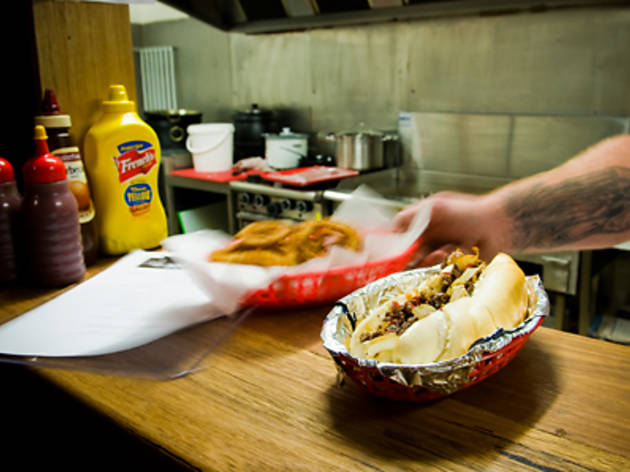 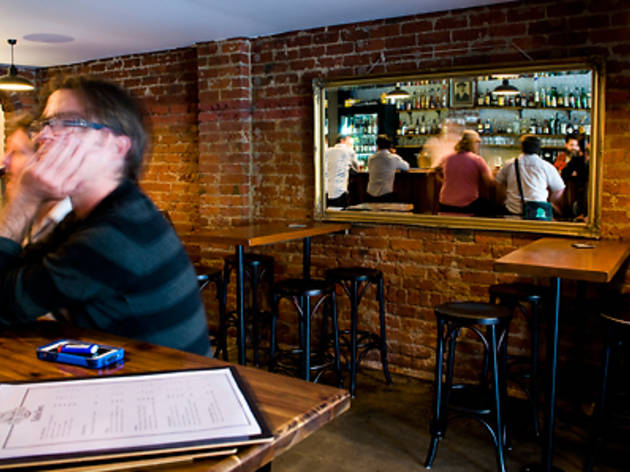 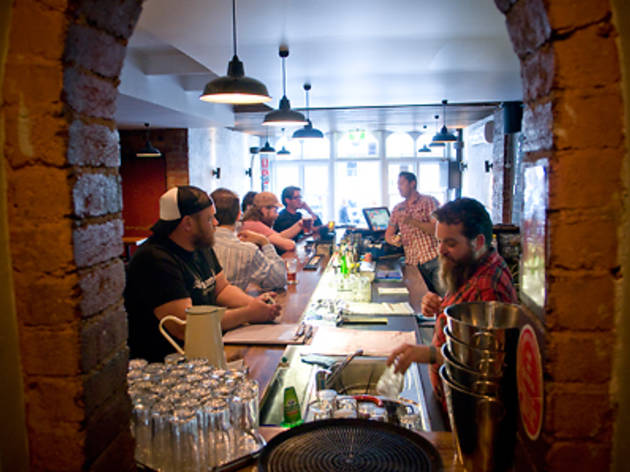 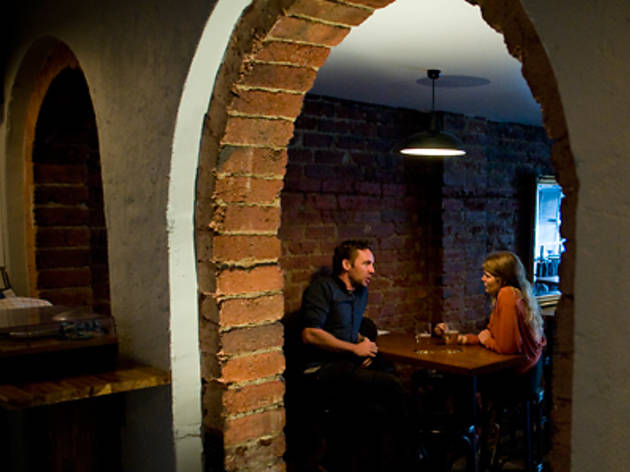 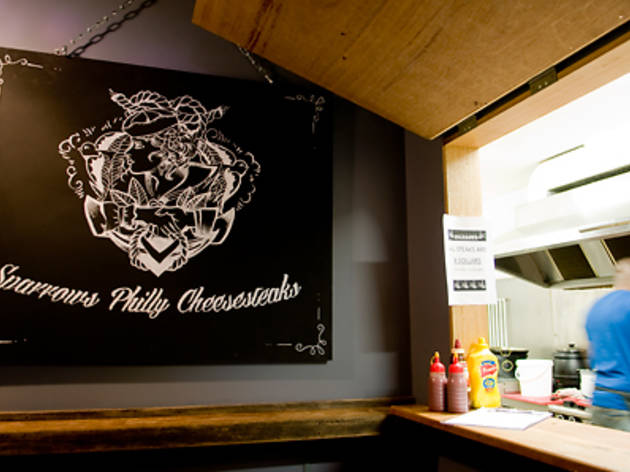 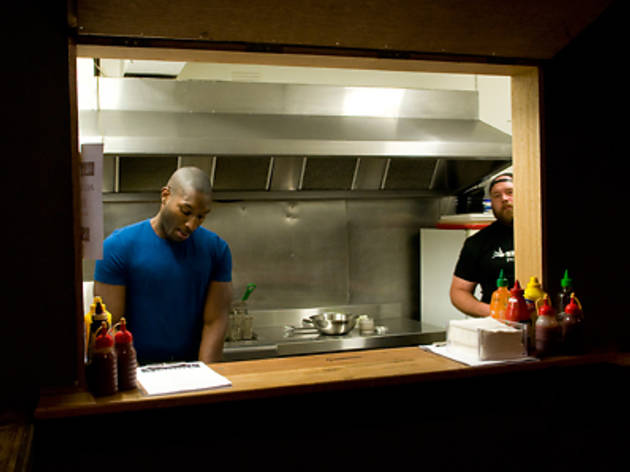 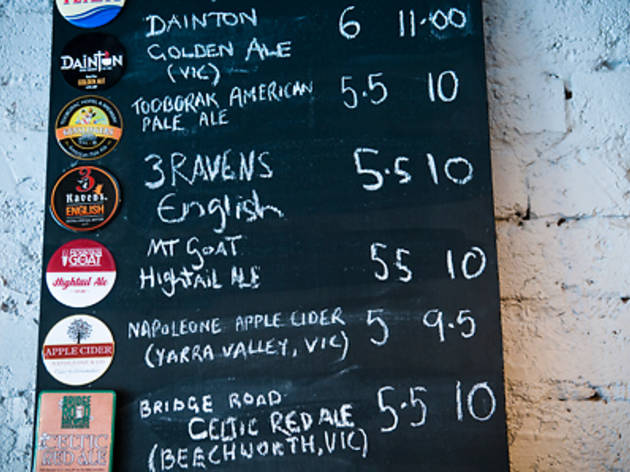 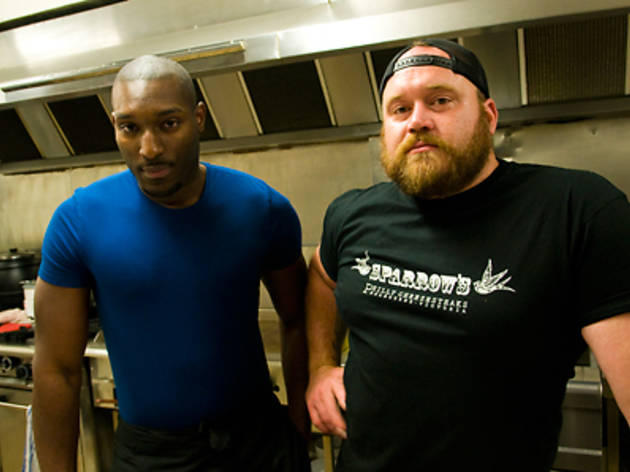 Move over burgers and 'dawgs: USA's king of fatty sandwiches has arrived

The Philly Cheesesteak – Philadelphia’s gooey gift to mankind in the form of thinly sliced grilled steak and onions bound by melted cheese in a bun – may be one of the most raved and raged about sandwiches on Earth.

There’s no dispute over who first put the beef to bun back in 1930 – one Pat Olivieri, a Philadelphia hot dog vendor gets the credit for that feat of culinary inspiration. Aside from that, everything from who first added cheese to the mix to which cheese makes it a proper Philly (many swear it ain’t right unless the soft roll is leaking a golden river of Cheez Whiz; others won’t go past provolone) has been the subject of much enthusiastic debate among sandwich fans for decades.

Now, the debate comes to Melbourne. More specifically, to the old Gertrudes Brown Couch site in Fitzroy, which has recently been converted into far-less-brown, far-more-craft-beer-and-DJ-loving bar Catfish, with Sparrow’s Philly Cheesesteaks operating out the back.

Authenticity gets a serious look in here. On the grills you’ll find Geno Sparrow – Philadelphia born and raised. He’s tossing your minute steak, chunky onions and either mild stretchy provolone or an awesomely plastic American cheese (sadly, they’re not cheese-in-a-jar fans) into buns that are custom-made in Chinatown based on a genuine Philly roll they smuggled in though customs.

How you take your steak sandwich is a matter of preference. We’re sticklers for the classic – meat, onions and provolone with maybe a few dots of Sriracha hot sauce for kicks – but you can get as tricked-up a version as you fancy. We find the deluge of tomato paste, olives and peppers a little overpowering in the pizza number – go for the Italian where sweet red peppers add sharpness and sugar without going overboard. You might also want to consider getting yours with lettuce and tomato (the hoagie) if you want to double down with a side of crumbed onion rings.

The sandwich isn't quite as cheesy as you might find Stateside but it’s the est Philly you'll see in this town, and the roll is dead on: a long, soft and glossy white bun, which presents zero textural barriers to anyone, be they toothless or three sheets to the wind.

Which you may well be. Catfish out front promises obscure craft beers including a bitter-sweet Red Eye Red from new garage-based microbrewery Dainton and a hell of a spicy Bloody Mary for jus ten smackers from noon on Sundays. Wins all round.