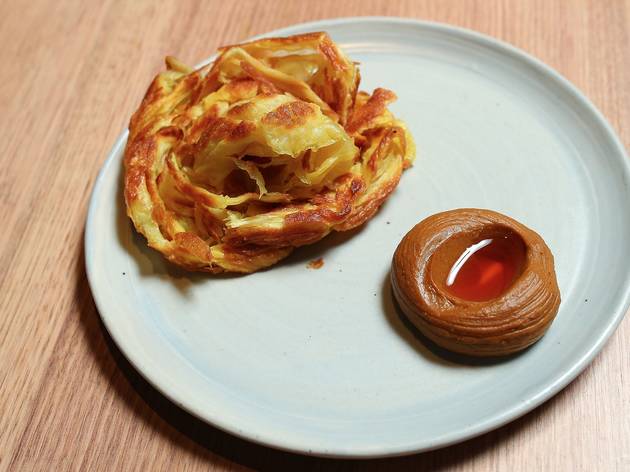 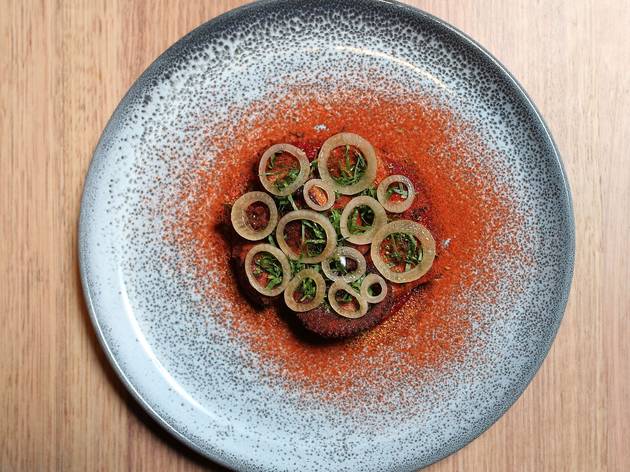 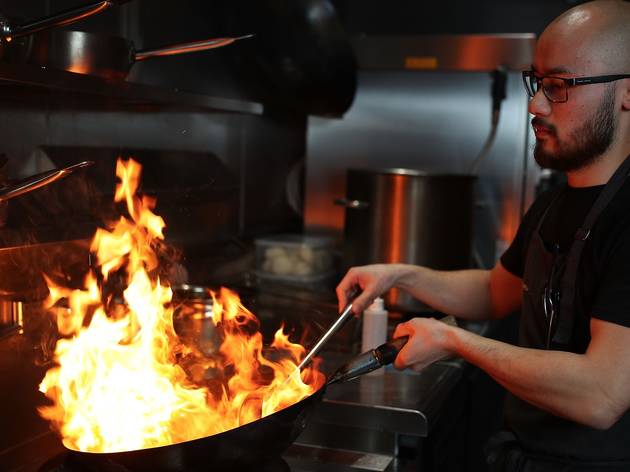 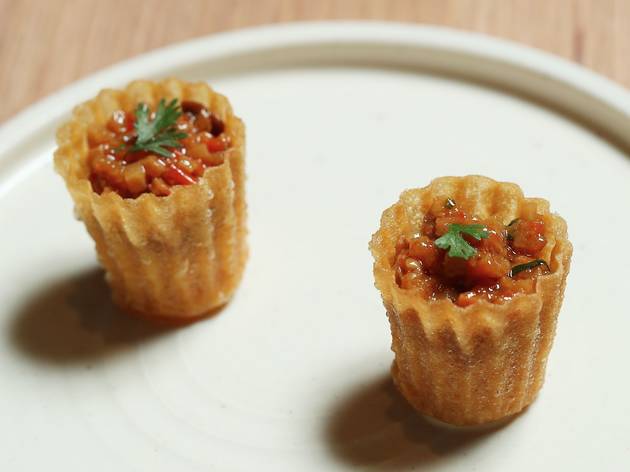 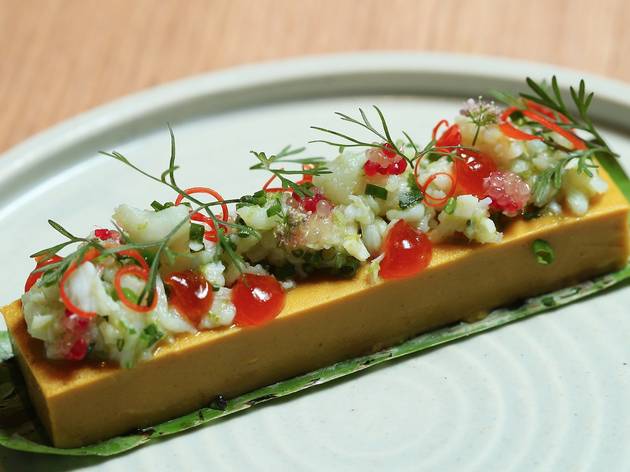 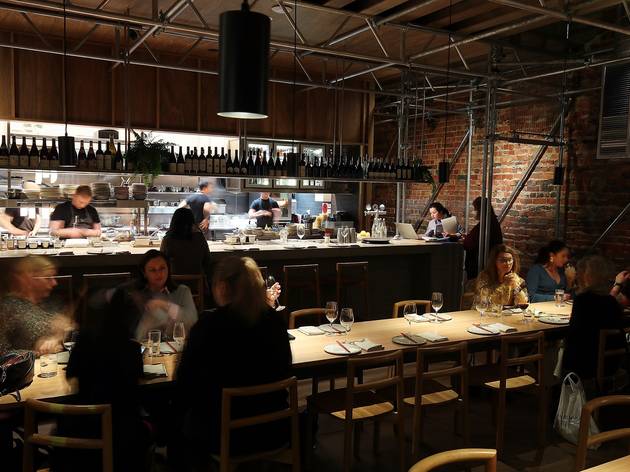 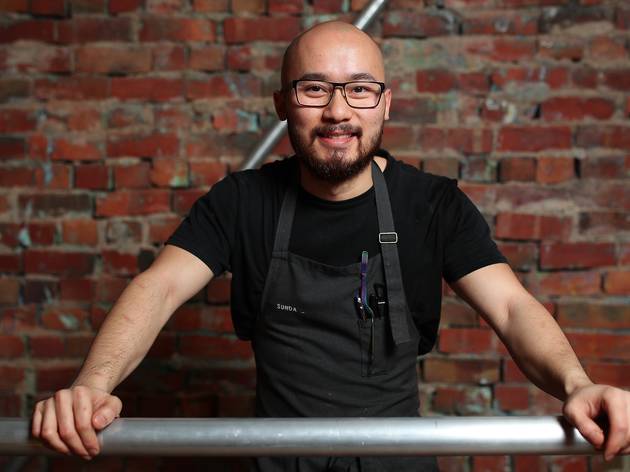 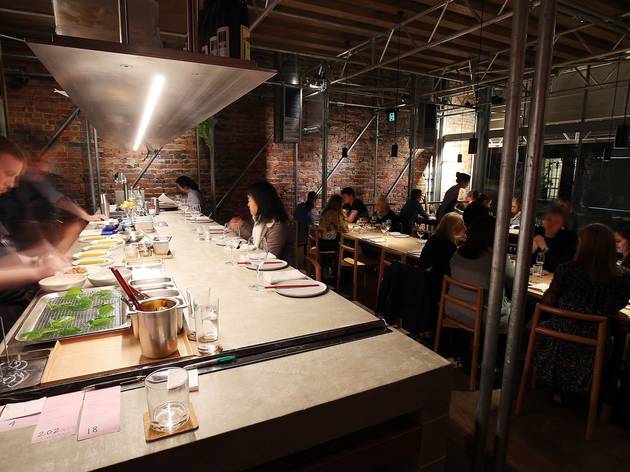 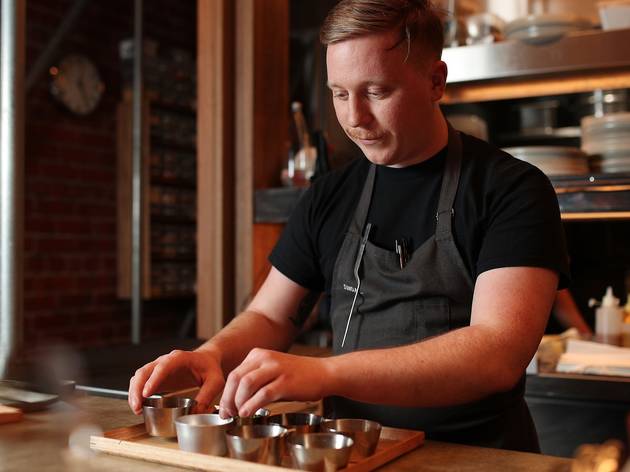 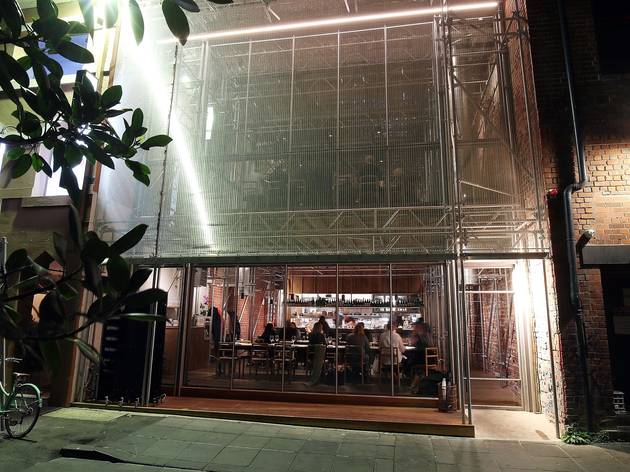 Update: This listing has been edited since we last attended this venue in July 2018. Please note that some details may have altered since then.

It’s the roti with Vegemite curry, okay? Sunda has made the year’s most spectacular play for the hearts and minds of Melbourne with a crazy-brave combination of wickedly buttery deconstructed roti and a deeply savoury curry sauce with a Vegemite-umami backbone. Add the fact that it’s an off-menu secret with only 25 serves available a night for those who know the password (tip: try “do you have any roti with Vegemite curry left?”) and what you have is bona fide catnip to anyone with a stomach to fill.

Don’t make the mistake of thinking Sunda is a one-trick pony. The restaurant stars the talents of chef Khanh Nguyen, a (gasp!) Sydney import, who’s taken the pan-Asian fun of Malaysian, Indonesian and Vietnamese dishes, picked them apart and made them new again with the help of native Australian ingredients. It sounds slightly wrong written down on paper until you hit something like the otak otak, traditionally a grilled fish cake in banana leaf. Here it’s playing like the smoothest, richest seafood parfait with a curry lilt and topped with pops of fingerlime, chilli slivers and picked meat, all the better to smear on rice crackers. Or the crisp, golden-domed perfection of the rendang bun, which is not only a reminder that pretty much every culture has its own version of a meat pie, but that Malaysian beef rendang does very well smooshed into a fluffy carb den with a bold swipe of fermented chilli sambal and a refreshing hit of pickled radish on the side.

Nguyen puts Fremantle octopus through a contemporary centrifuge, the charry cephalopod duking it out with the thumping rich ripeness of bush tomato and a lemongrass sambal. And don’t miss his egg noodles in a drenching of XO underscored by pepperberry and mined with a cholesterol-spiking amount of salty chicken crackling.

A great restaurant cannot rest on its menu alone. Sunda has emerged fully-formed with one of the more interesting fit-outs of 2018 (the best descriptor is construction site-chic; the combination of red brick walls and scaffolding giving the impression of dining in a gallery space) and the switched-on team of staff are armed and dangerous with a wine list that swings natural without being obnoxious about it. Sunda has burst out the blocks demanding our love, and receiving it. Pass the funky rosé, and toast to its future.