The Aviary at St Collins Lane 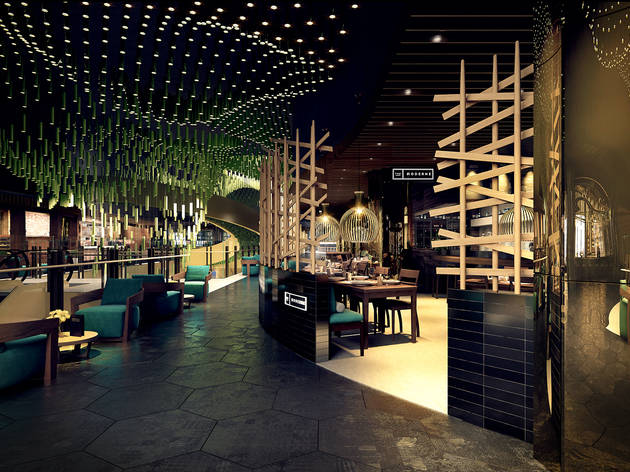 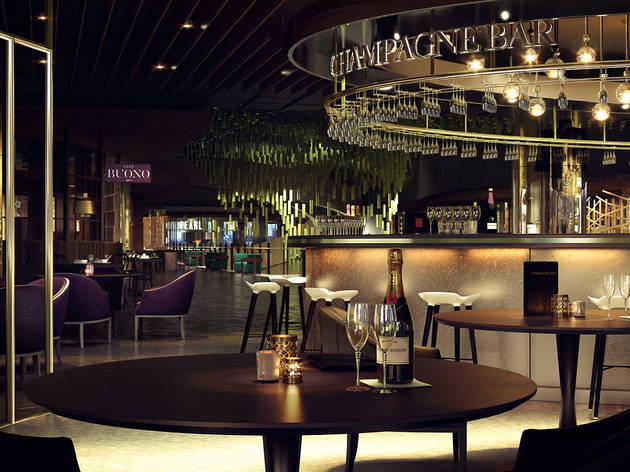 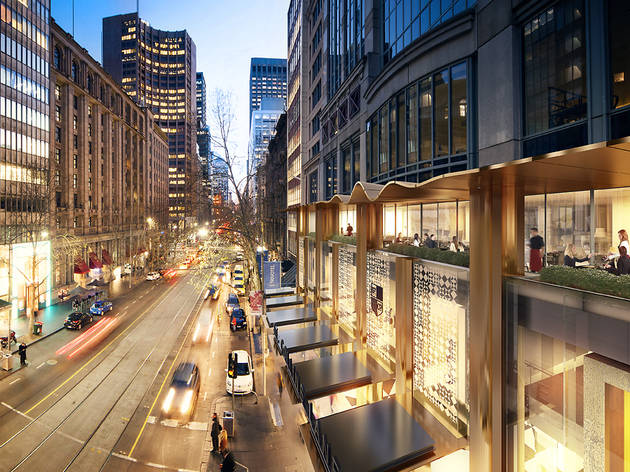 Australia on Collins has undergone a complete transformation, and is fast becoming the CBD’s hottest food hub with Neil Perry leading the way

A major drawcard to the precinct is Neil Perry’s Burger Project; the first of the chef and restauranteur’s burger chain to come to Melbourne. “St Collins Lane presented a really good opportunity because of its position in Melbourne’s CBD,” he says. “Importantly, we had the chance to make the most of the space in The Aviary – there’s a long balcony overlooking Collins Street near Burger Project where diners can sit outside and we get a lot of natural light from the skylight, which is amazing considering we’re on the second floor.”

The space diverges from the traditional concept of shopping centre and food court at every turn – in fact, lead designer Neil Masterton of ARM Architecture prefers the terms “boutique arcade” and “dining precinct”. Retail tenants are skewed towards higher-end retailers, and the food outlets are saved from the usual ghetto-like existence in the basement and allowed to reside alongside the retail section. “Unlike the labyrinthine structure of traditional shopping centres, St Collins Lane acts as a thoroughfare between the laneway experience of Lt Collins Street to the boutiques of Collins St,” Masterton says. “The food offering flows on from the boutiques and is closer in concept to a cluster of restaurants with their own fit-outs and seating areas.”

At the time of writing, only Burger Project had opened at The Aviary, with Mexican eatery Los Vida on the way and high tea salon Runya’s Room due to move in. Once fully occupied, The Aviary’s two outdoor terraces and indoor dining area is hoped to become a go-to spot for post-work drinks and dinner.