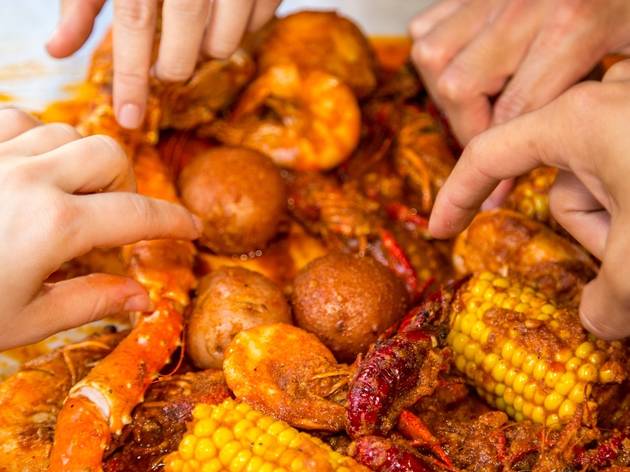 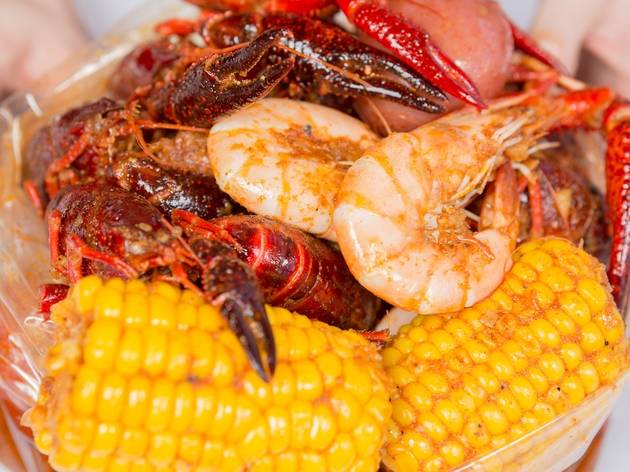 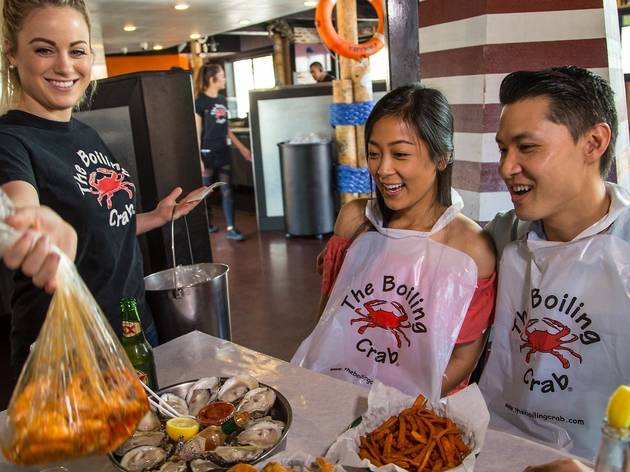 We’ve always had great seafood here in Australia but one thing that we’re wise to import is authentically delicious ways to serve it. And in terms of sheer fun, there’s little to match the American crab boil.

The Boiling Crab, Louisiana crab boil masters, are dropping anchor in Melbourne – Glen Waverley to be exact. They're here to introduce locals to the pleasures of putting on a bib and diving into a bag full of crab, lobster, shrimp, crawfish, oysters and clams, all liberally bathed in lemon pepper, garlic or Cajun sauce (or a mix of all three with their signature 'the Whole Shebang' sauce) and spiced up to the max. Add corn cobs, potatoes or sausages to your boil, or sides of gumbo, chowder, Cajun fries, hot wings or fried catfish, and your meal becomes one heck of a party.

The Boiling Crab story began in Seadrift, a Texas town on the Gulf of Mexico famous for crab fishing, where the founder’s family worked in their boats all year round. Every weekend they’d enjoy their catch over beers by boiling up crawfish and crabs, shucking raw oysters, and grilling fresh fish. The first Boiling Crab restaurant opened in 2004, and the brand now lives in more than 20 US locations from California to Florida to DC, as well as in Shanghai, China.

The restaurants are casual full-service dining venues modelled after traditional seafood boils, with the day’s fresh seafood prepared in giant pots of seasoned broth and served in plastic bags to preserve the flavours. It’s all about eating with your hands, so bring a crowd and settle in for some good clean dirty fun. (The Glen Waverley restaurant is 300sqm in area, so social distancing won’t be an issue.)

The new restaurant boasts a chef and management team trained by the Boiling Crab's American team. Those addictive sauces are tricky to get just right, so they’re shipped over direct from the US.