Restaurants, Japanese Windsor
3 out of 5 stars 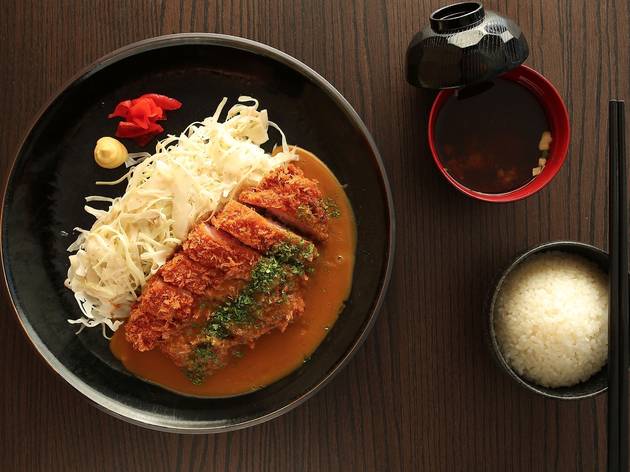 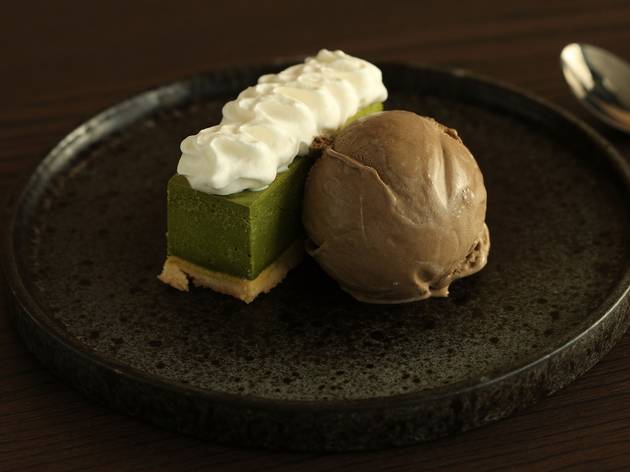 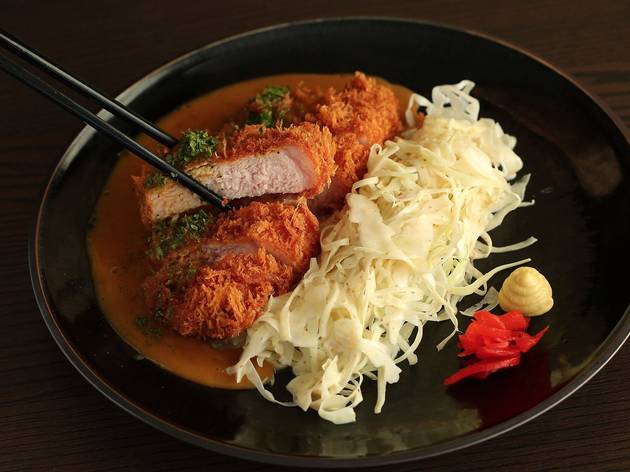 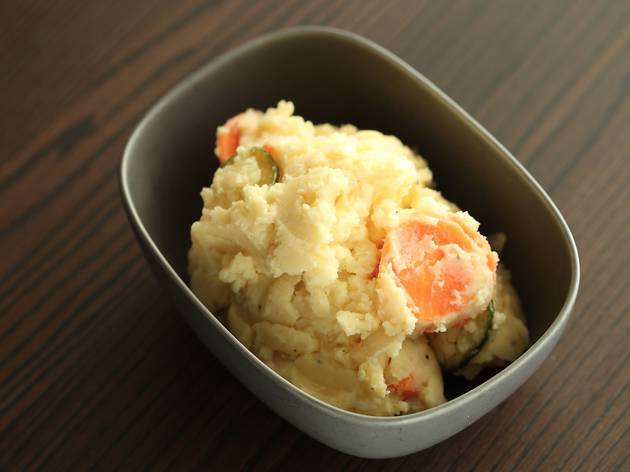 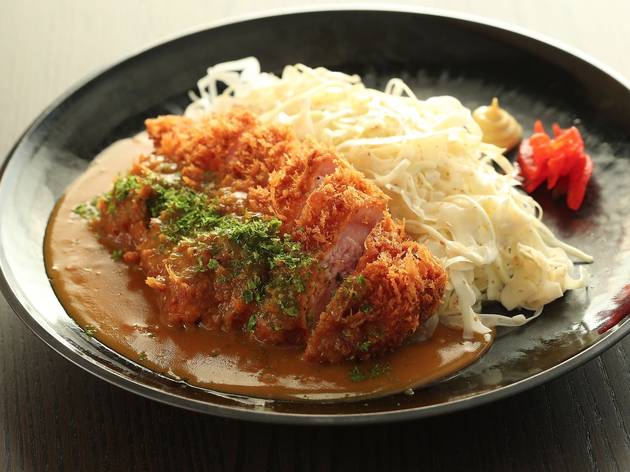 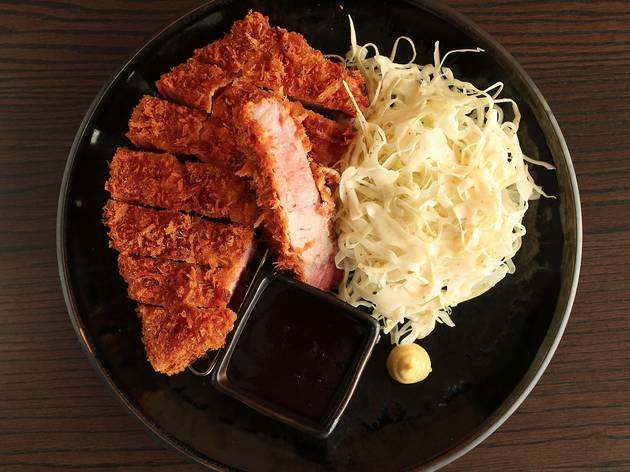 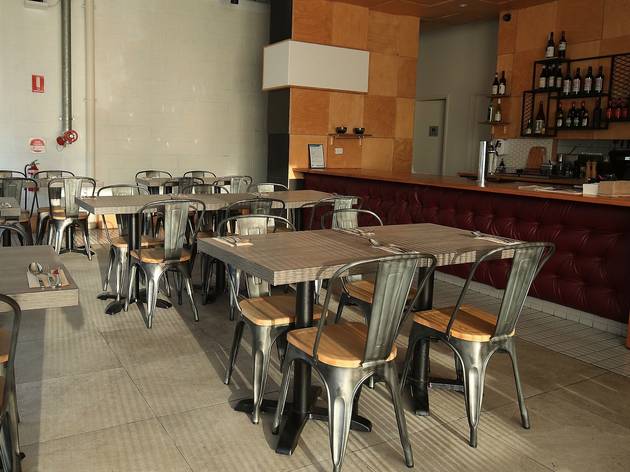 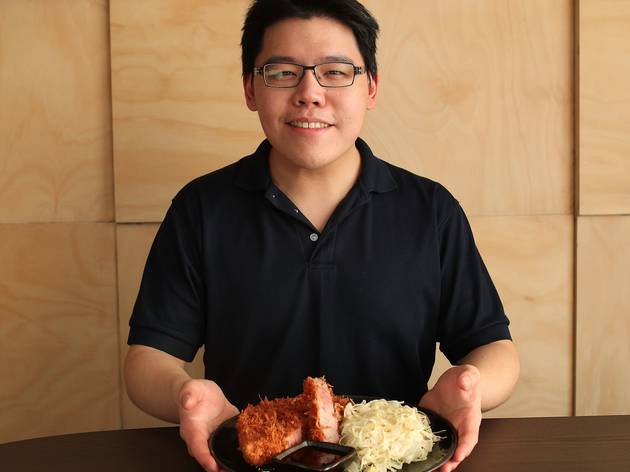 This specialist diner is all about golden crumbed pork

The quiet industrial strip opposite Prahran station is a brave spot to choose as the site of a restaurant, but chef and restaurateur Jason How must be on to something because Ton & Co is packed to the rafters on a weeknight. Ton & Co joins Gypsy and Pig as one of the scant few Japanese restaurants in Melbourne focusing on tonkatsu, those delicious crumbed pork cutlets that can be served with curry and rice (katsu curry), egg on rice (katsudon) or miso and cabbage, among other things. But while Gypsy and Pig specialises in kurobuta pork – the Berkshire pig said to be the wagyu of the pork world – Ton & Co has gone local by working with local butchers to showcase the best Victorian cuts.

Ton & Co serves up tonkatsu made from pork tomahawk (pork loin chop left on the rib bone and known for its richness) and pork striploin (the area between the shoulder and back legs of the pig known for being the leanest, most tender part). You can have them plain, with curry, or an onion gravy – to which you can add a serve of ‘koshihikari’ rice (the short-grain rice used in sushi) and miso soup. If you’re not a fan of deep-fried meat, there’s a pork belly rice bowl, baby back pork ribs and pork ribeye steak. And if meat completely isn’t your thing, there’s a  mushrooms and fried tofu rice bowl – Ton & Co doesn’t neglect diners who aren’t here for the crumbed cutlets.

But maybe it should, because tonkatsu is the undisputed star of the menu. Here they’re brining the meat with salt and spices and letting it rest for around four days to allow the flavours to develop. How hails from Malaysia, where his restaurant ANTE won Time Out Kuala Lumpur’s ‘Best Place for Meat’ and this pedigree shines through in the signature pork tomahawk – the pork cut with the highest fat content on the menu. Every strip of tender, highly marbled meat melts in your mouth and the panko crumbing is flaky and crisp. The dollop of hot karashi Japanese mustard – similar to wasabi in its ability to clear your sinuses – cuts through the richness of the deep-fried meat and the finely shredded cabbage acts as a palate cleanser between bites.

Ton & Co’s sweet and savoury Japanese curry blankets the less fatty but no less tender pork striploin and we’re please to report that the panko crumbing remains crisp underneath the curry – you’ll need that side of sticky koshihikari for this one.

The problem here is that the pork outshines the sides. The furikake seasoning on the fries is good, but we would have liked the chunky potato chips to spend a little longer under the hot oil.  The shiitake broth with the salmon is disappointingly mild in flavour, and it’s hard not to wish our miso was stronger and hotter.

Dessert comes home strong. The pleasing bitterness of the green tea powder in the matcha cheesecake is offset by the smokiness of the hōjicha ice cream, with the charcoal roasted quality of the hōjicha differentiating it from milder Japanese green teas. This may not be to everyone’s taste, but if you’re a fan of earthy and nutty desserts, this one’s for you.

Ton & Co’s minimalist décor of plywood counters and barren interiors might be considered utilitarian to a fault, and they could afford to crank the thermostat in a Melbourne winter. But How has certainly nailed the tonkatsu at the core of the Ton & Co brief, and with a little work the rest of the offering could match the star of the show.