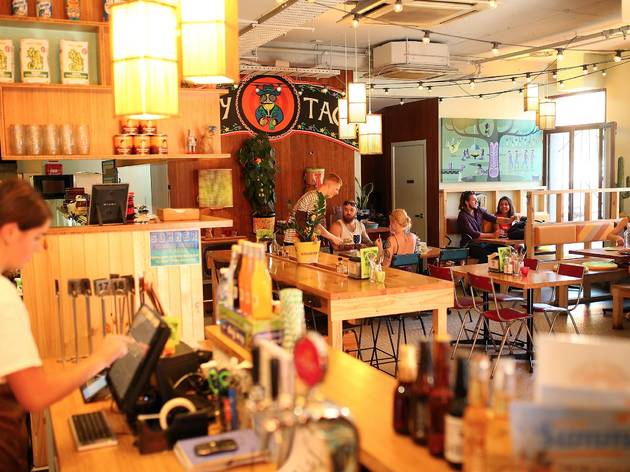 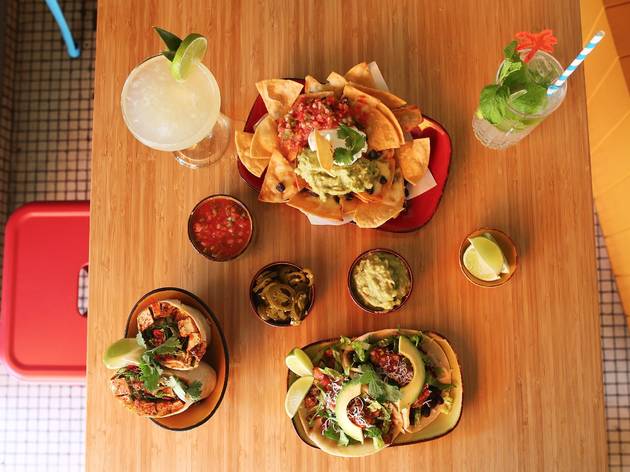 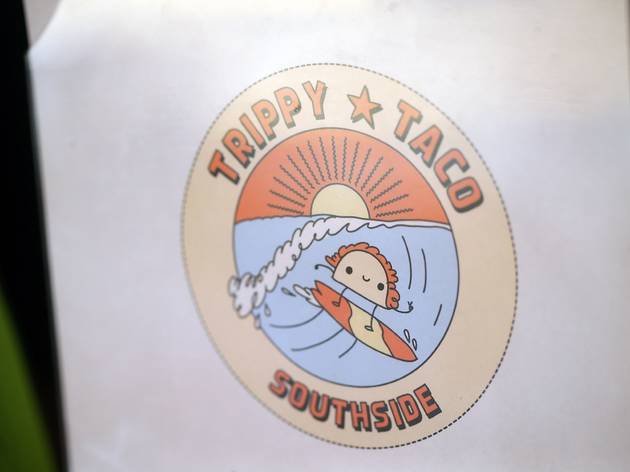 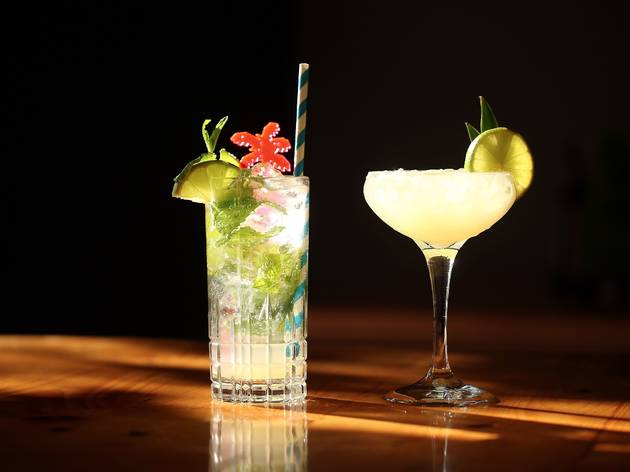 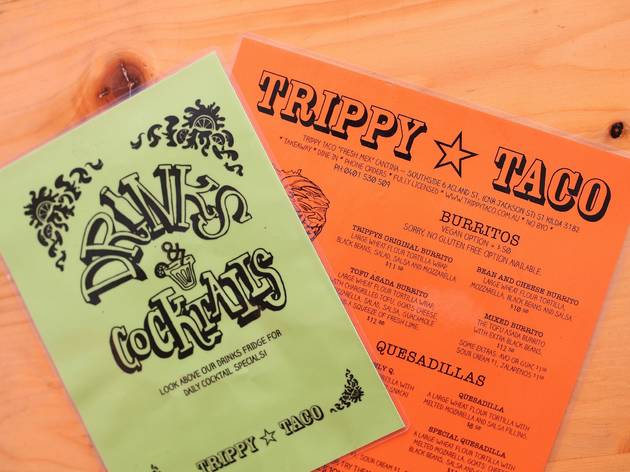 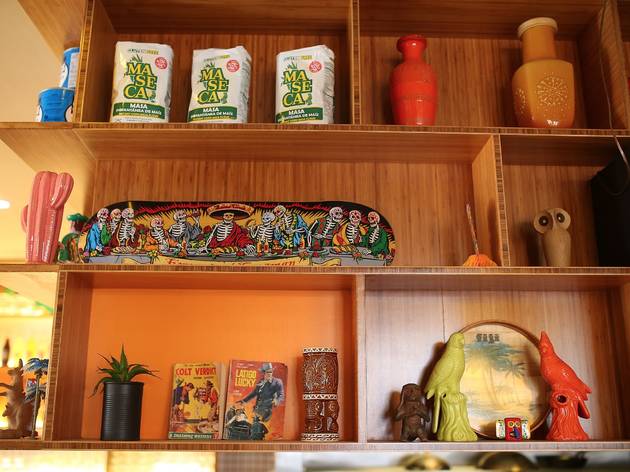 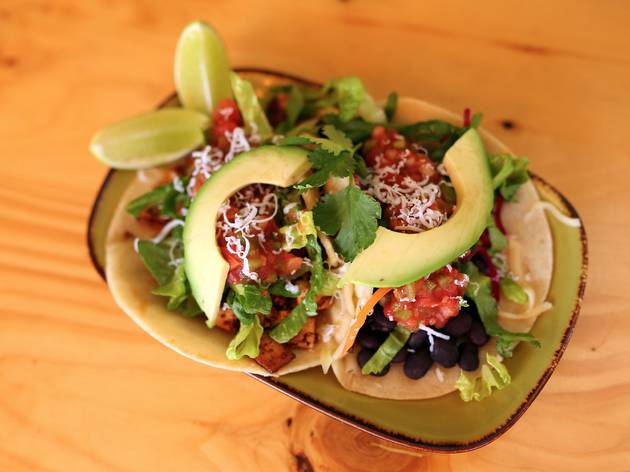 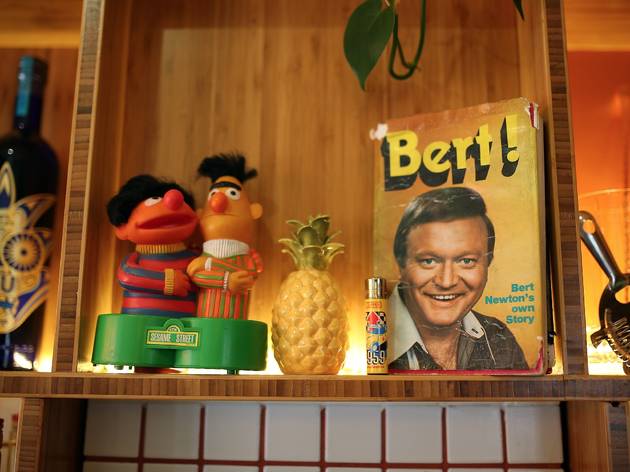 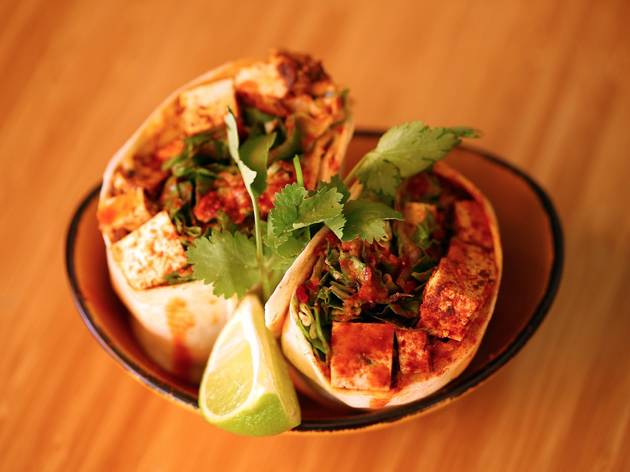 There’s plenty of Mexican joints in St Kilda, but it’s the vibe that sets this one apart – and a killer Margarita

Simon Fisher learned to make tortillas in Mexico and when he came home he decided to take the Trippy Taco party to music festivals. It was so popular he opened a permanent shop in Collingwood, which then moved to Fitzroy because the queues were too long. And now there’s a second restaurant in St Kilda. And just in case you’re worried you might miss it, look for the bright orange “tacos” sign that points to Trippy Taco Southside at the beach end of Acland Street.

Don’t feel bad if you can’t snag an outside table because inside is filled with natural light and bright piñatas, tikis and prints (including a purple and avocado-green print by pop-surrealist Shag). It’s like hanging out in a groovy 1960s beach house. Your hosts for the evening are welcoming and the food, which is all vegetarian and can be taken away, is made in an open kitchen where you can watch them rolling out the tacos and squeezing the limes – good things take time.

The best way to approach your meal here is to order based on texture and hunger levels because the fillings are pretty similar across the board – black beans or spicy chargrilled tofu with salsa, salad, cheese, sour cream and guacamole. If you’re hungry, the soft tortilla burrito is  as wide as your wrist. For crunch, order the nachos with house-made corn chips layered with mozzarella cheese, smoky sauce, tangy salsa, beans, super-fresh guacamole and enough sour cream to count as a daily calcium shot. You should also add jalapeños.

Got dietary requirements? Vegans can have dairy-free cheese (not as stretchy) and sour cream (not as dollopy-thick), and our gluten-free pals can have smoked paprika fries and heavy, steamed corn tamales that are a good, plain vehicle the chilli sauces.

There are no surprises on the drinks list, but what’s a Mexican joint without Corona, Negra Modelo and a ‘Taco Beer’. Sangria comes by the glass or jug and the Margarita – a definite contender for the best in town – doesn’t let the sweet orange triple sec and bitey lime overpower the tequila, which has flavours reminiscent of a musky feijoa or guava. We’re into it. We’re into the whole thing really.