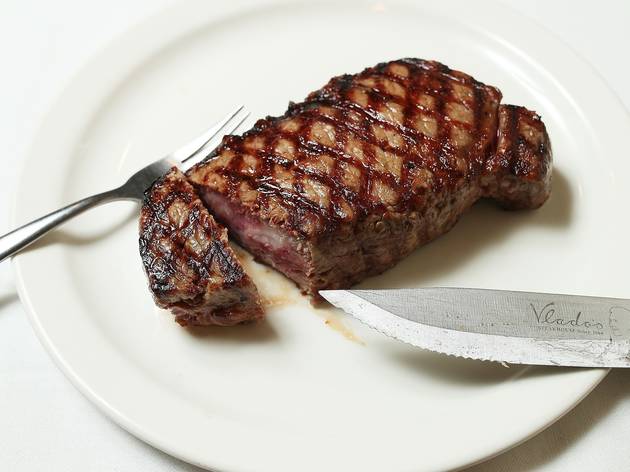 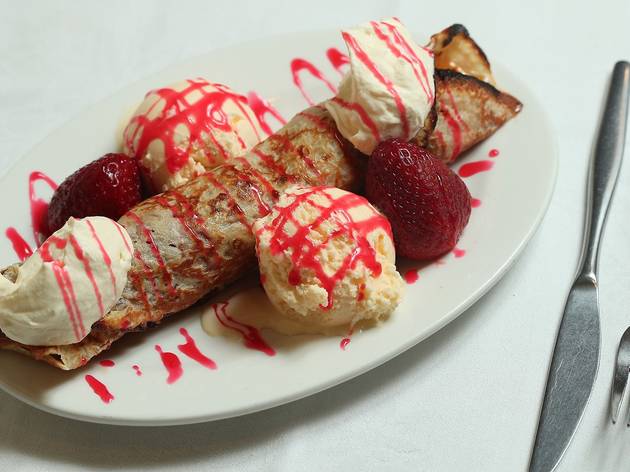 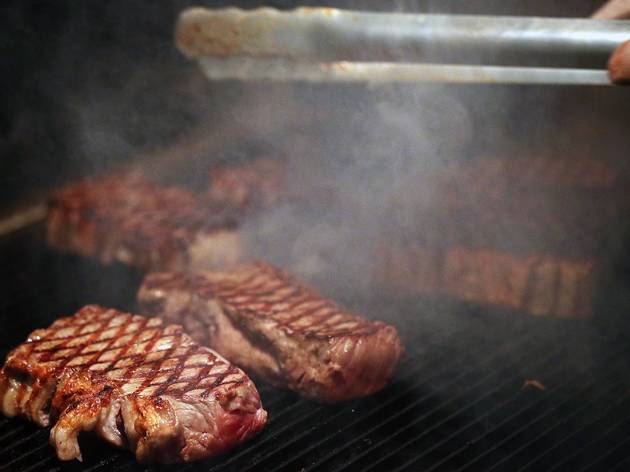 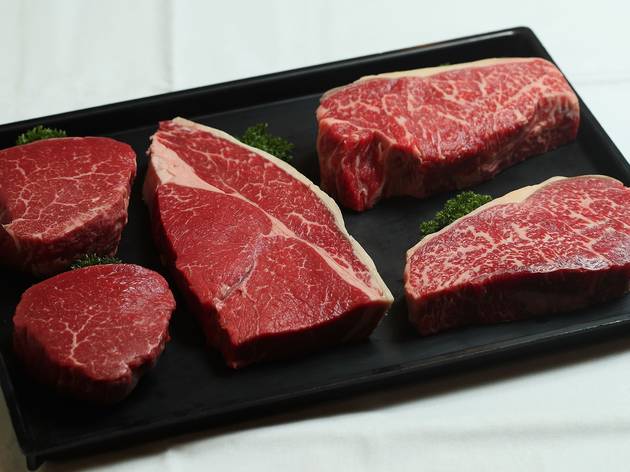 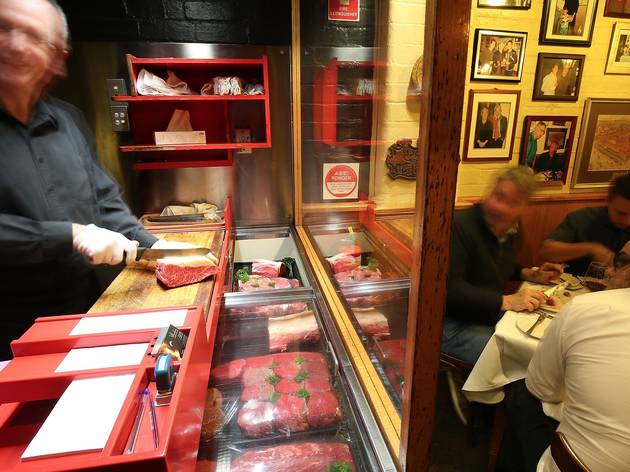 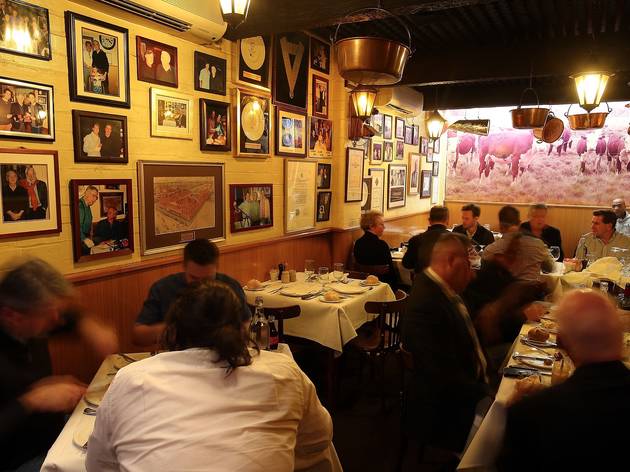 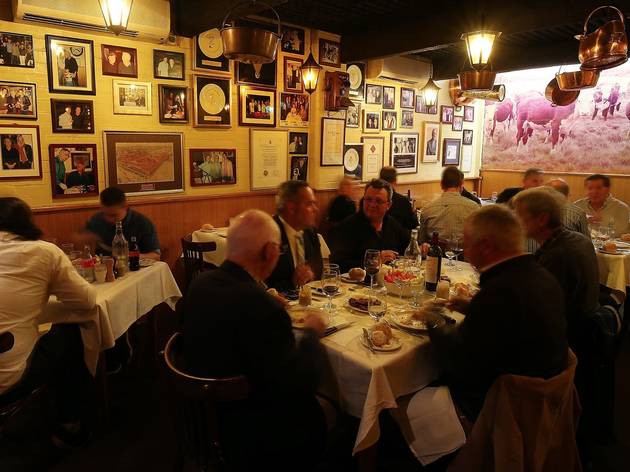 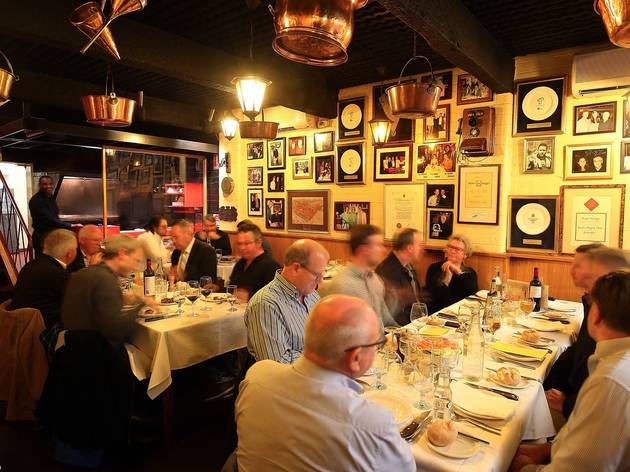 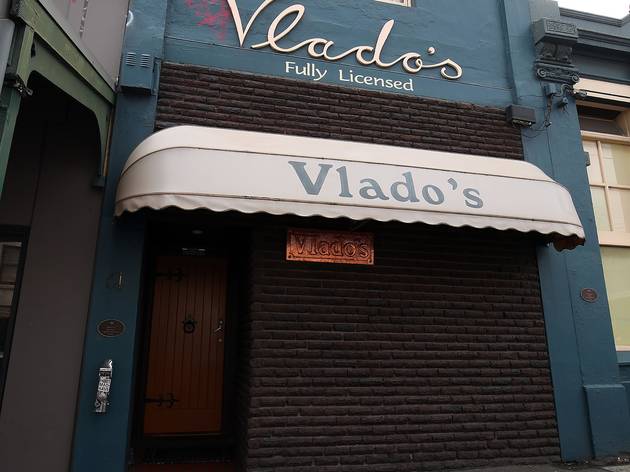 Vlado’s steakhouse is all about the cow, no bull

Vlado Gregurek arrived in Melbourne from Communist-controlled Croatia in 1959 and only five years later he opened his own steakhouse in Bridge Road, Richmond. The restaurant has a simple, ageless charm – yellow brick walls with wood panelling, a dark ceiling hung with copper cookware, and a huge sepia-toned photograph of cows covering the front wall. There are no windows, no views, nothing to distract from what’s in front of you.

The food is simple. It’s a set menu, with no a la carte options to confuse things. You put yourself in the chef's hands, as you would if you were in a tiny bistro in a European country whose language you don’t speak. Start with a simple salad of vinaigrette-dressed coleslaw, lettuce and tomato, followed by housemade pork-and-beef sausage, made to Vlado's mother’s recipe (Vlado's son, Michael, now owns the restaurant, after Vlado died in 2012). The Eastern European-style sausage is not shy with salt, with a little peppercorn heat and a casing that has a beautiful snap to it. Next, a mixed meat platter of calves’ liver, pork neck and small burgers, perfectly kissed by the charcoal grill. The exact composition changes, but the smokiness and heft don’t.

Everything is building to the main event: steak. First you have to choose your meat from a display of ruby-red beef: choose your cut (eye fillet, porterhouse or rump) and how you like it done. There are no sauces, marinades or other distractions – housemade mustard and horseradish are the only accompaniments. The beef is grass- or grain-fed, killed humanely and aged in a coolroom onsite for optimum flavour. The steak comes cross-hatched with grill marks, perfectly medium-rare with a beautiful crust on the outside.

Dessert is a serve of strawberry pancakes, which is also Vlado's mother’s recipe. The whisper-thin crêpes encase four or five good-sized berries, served with classic vanilla ice cream and vibrant almost neon-red strawberry sauce. Tea and filter coffee is served as well – Vlado’s does not have an espresso machine.

Vlado’s is a temple to all things meat, with Vlado Gregurek its revered founder. It hasn't changed an iota since the 1960s – but with steak this good maybe it doesn't need to.