Update: We attended this venue in August 2019 and some details may have altered since then.

To adopt its new Australian vernacular, Vue de Monde has more history than you can poke a stick at. The turn-of-the-century Carlton restaurant that announced Westmeadows wunderkind Shannon Bennett to the world. Its grand-statement, slightly awkward sophomore period at Normanby Chambers. And the past eight years perched at the top of the Rialto, where this Melbourne fine dining star has taken the mantra of evolution rather than revolution as it journeys from French-leaning neo-classical purist to a restaurant with its own Aussie-accented voice.

With Bennett now splitting his time between Melbourne, Byron Bay and the MasterChef set, how much of that shift can be attributed to the overlord himself and how much is due to various executive chef lieutenants anointed along the way, such as Mark Briggs, Cory Campbell and most recent incumbent Justin James, remains a matter of conjecture. And conjecture we food boffins will. All that garden-variety diners need to know is that this slick black-on-black dining room is in good hands with the new kid on the block. Hugh Allen is 24, a graduate of various Noma incarnations, and a brilliant fit for the Vue of now.

A meal at Vue de Monde is still dressed in the accoutrements of the Euro gastro-palaces Bennett came of age emulating. A Champagne trolley greets you on arrival; a cheese trolley helps bid adieu. But this classical sandwich contains a modern filling that’s a more nuanced taste of Australia than before. The earnest moments have largely been banished; the mood is light-hearted rather than quasi-religious.

Take heed of the bread: a pumpkin scone that shades Flo Bjelke-Petersen. Take heed of the obligatory crudo number: lightly cured kingfish and avocado in a palate-brightening drift of wasabi “snow” conjured from Tassie-grown Japanese horseradish and frozen buttermilk. It’s cool, fresh and modern, with a polite measure of nostril-rattling edge.

Seafood plays a starring role. A bouncy mud crab and prawn snag seared at the table and popped into a brioche bun plays to the international guests but will also give locals BBQ inspo with its tarragon emulsion and tendrils of pickled kohlrabi. Marron, top dog of the WA crustacean scene, is a Vue regular, and Allen serves a just-set tail on a gentle cauliflower and coconut puree and in a native curry sauce bedded in galangal, lemongrass and saffron that marries elements of a bisque and laksa to a soundtrack of kumbaya harmonies.

Also rusted onto the menu is the palate cleanser of liquid nitrogen-frozen herbs and flowers you pulverise yourself before a waiter adds sea parsley sorbet. For anyone who’s eaten at Vue during its Rialto incarnation it’s a bit of a new dog, old tricks scenario (“the pestle has landed” a fellow food-writer recently texted from his own Vue experience).

But bring on the diner interactivity that now defines this most ambitious clique of restaurants across the globe. Vue has also received the memo that diners are no longer content to simply sit passively and be fed, so you might head out onto the balcony to toast chocolate-centred marshmallows over a mini-campfire. You might head over to the oyster station, where a chef with wit as dry as a dead dingo’s femur will shuck and top perfect Claire de Lune oysters with native condiments such as finger lime and lemon myrtle (a mark of the new Vue is that you can eat as many as you want. The record is 14. You’re welcome to try and beat it).

Meat courses run to velvety curls of salt-cured kangaroo with a lick of mountain pepper butter, salsify and wild garlic with an acid-bringing scattering of green ants on top. There’s a saddle of lamb and sweetbreads in intense jus and a cloak of truffle before the one item Allen has been ordered to keep on the menu: the chocolate soufflé, now with a jolt of espresso ice-cream. Good call.

And all the while an international cast of waiters will coddle and charm you through three-plus hours of dining power and make you forget the bill until the next day.

Expensive? Hell yeah. At $275 a head for the seasonal tasting menu and $310 if you want to add a date with the cheese trolley and a dish of sea urchin and caviar, it’s not something you’d file under “everyday dining”. And even if you could, would you? But under the talented new custodian of this storied dining room it’s a fun place to revisit, as it continues on its way. 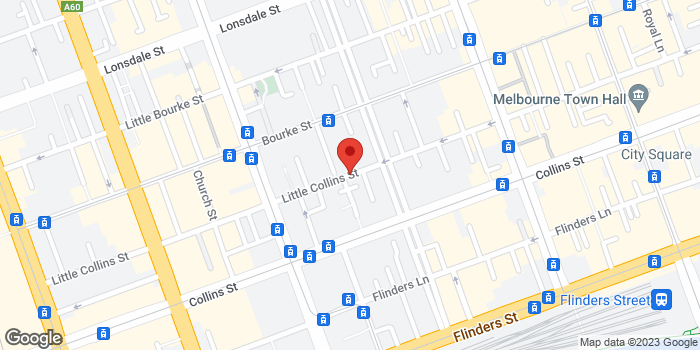