A sporting arena and music venue so legendary it is known by just one letter: the 'G'

The MCG, truly one of the world's greatest sporting venues, was built back in 1853 when the Melbourne Cricket Club had to find new digs because Australia’s first steam train was coming through the oval. The Melbourne Cricket Ground has been a juggernaut ever since – the first-ever cricket Test match was played here in 1877, the 1956 Olympic Games were staged here and, on the last Saturday in September every year, the biggest show in Australian sport, the AFL Grand Final, descends on the 'G' to pack it to the rafters with 100,000 screaming sports fans (the attendance record remains 121,000 for the 1970 grand final between Carlton and Collingwood).

But the 'G' is much more than merely a coliseum for sporting warriors. Many huge music concerts have been staged here and the G-man himself (um, God) deigned to visit in the form of Pope John Paul, who held mass at the MCG on a visit to Melbourne in 1986.

Today, with the recent redevelopment of the northern side of the stadium (the venue's biggest redux in 150 years), the ground holds 100,000 people and is home turf for the Victorian Bushrangers and Melbourne Stars cricket teams. Four AFL teams play regular home matches at the MCG – Melbourne, Richmond, Collingwood and Hawthorn.

MCG tours operate on non-match days, accessing the stands, the coaches' boxes, the famous Long Room, players' change rooms and onto the hallowed turf itself when available. Bookings are not essential for individuals and small groups. 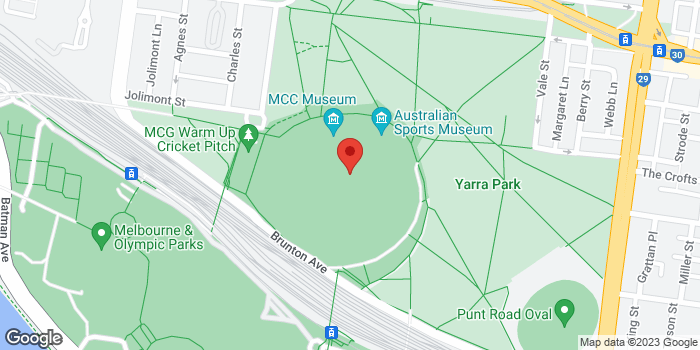 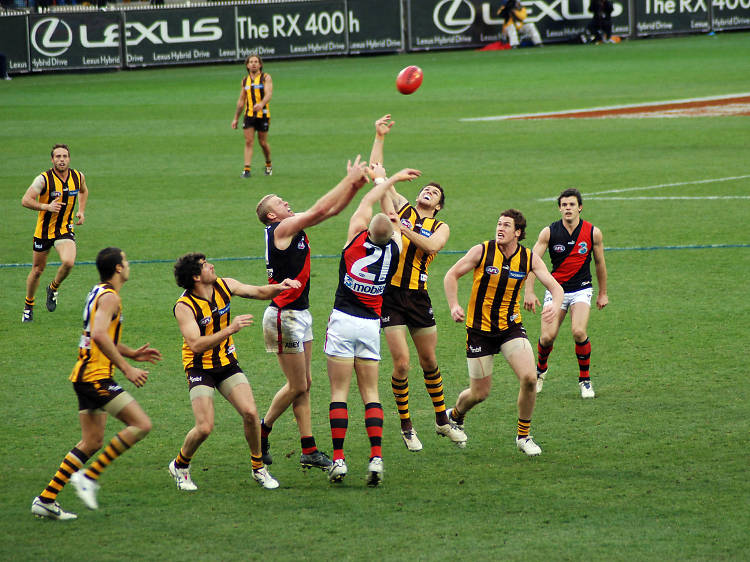 Round one of the 2022 AFL season kicks off on March 16, with Melbourne games taking place at the MCG and Marvel Stadium. The first game kicks off with a rematch between the Melbourne Demons and the Western Bulldogs, the two teams that contended for the premiership cup in the 2021 Grand Final. We've rounded up the dates for every Melbourne game below, and you can purchase tickets through the AFL website.  Looking for a pre-game feed? Here's where you can find the best chicken parmas in Melbourne. Rather watch the game on the big screen? Plan a visit to these sports bars and pubs. 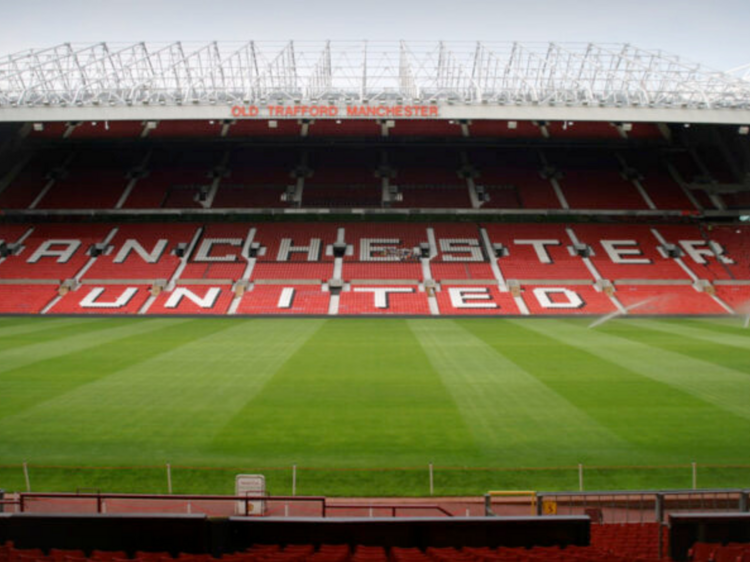 On July 15, Melburnians can flock to the MCG to watch A-League soccer club Melbourne Victory tee up against Manchester United, one of England's premier soccer leagues. It's the first in Manchester United's two-match series in Melbourne, with the second game taking place against Crystal Palace on July 19. It's a friendly game, so it's a low-stakes opportunity to see how our home team fares against the Red Devils on home soil before the Premier League season kicks off. Tickets are going fast, so if you're keen, snap up yours from the website.  Looking for more things to do? Check out our round-up of the best things to do in Melbourne this week. 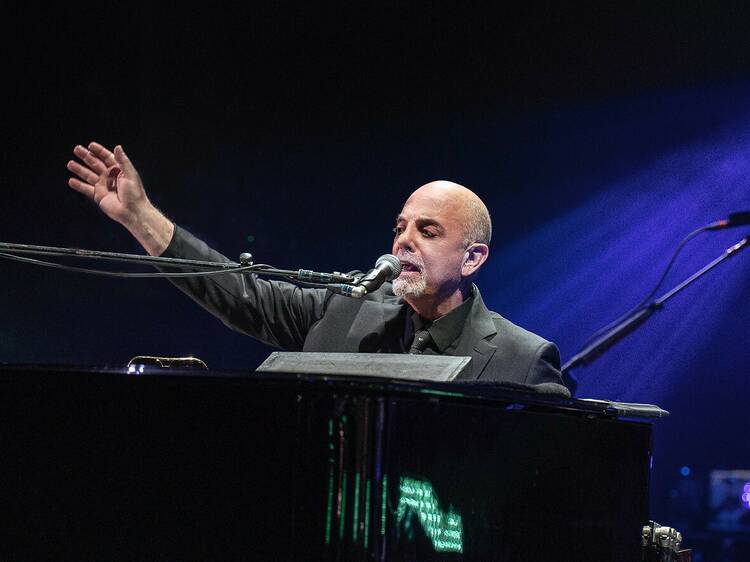 Billy Joel's music has soundtracked the lives of millions, and the man truly needs no introduction. But for those who need a brief recap, he's the legendary American singer-songwriter behind hits like 'Piano Man', 'Always a Woman', 'We Didn't Start the Fire', 'Uptown Girl' and 'Vienna'. And luckily for Melburnians, Joel is heading Down Under for a single performance, and that performance is taking place on December 10 at the MCG. He'll also be bringing along Australian icon Tina Arena as a special guest.  "It is incredibly rare to have stadium-level artists travel all the way to Australia to play one-off shows," says Frontier Touring CEO Dion Brant. "To announce Billy Joel for one night only at the MCG after the success of the Foo Fighters early this year is a great coup for Victoria." General public tickets go on sale on Monday, July 4 at 10am AEST. It's Joel's first live performance in Melbourne in 14 years — and who knows when he'll be in Australia next — so have your laptop at the ready when tickets go on sale. Need your live music fix now? Here are all the best gigs happening in Melbourne this month. 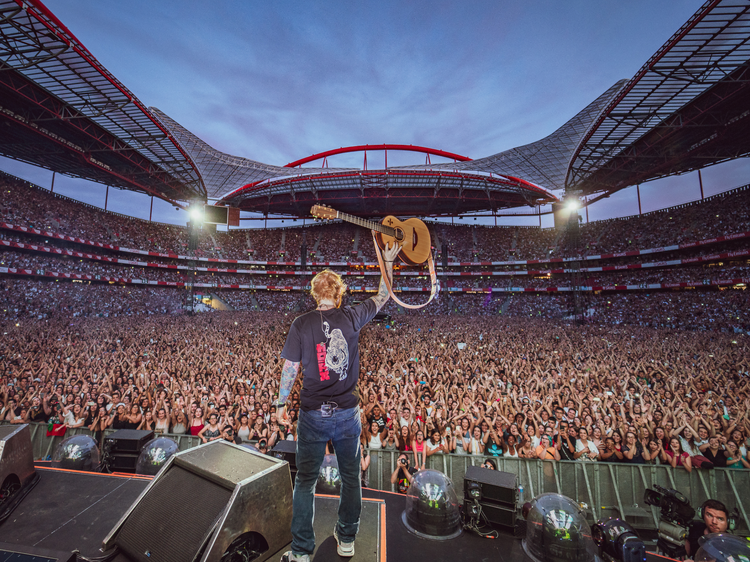 Remember when you couldn't walk past a storefront without hearing 'Shape Of You' blasting from the speakers? Well, a few years have passed since then and Ed Sheeran is ready to take over Australian airwaves again with the Mathematics Tour.  The previous Divide Tour in 2018 turned out to be the highest-selling tour in history, and more than one million tickets were sold across Australia and New Zealand alone. Sheeran may be on track to smash that record once again with the 2023 tour that is set to take him across Wellington, Auckland, Brisbane, Sydney, Melbourne, Adelaide and Perth. Melburnians can see Sheeran at the Melbourne Cricket Ground in 2023 on March 2 and 3. Ticketholders can expect to see cutting-edge production that has never been seen or used in Australia or New Zealand before, and they'll be treated to an array of tracks off his latest album as well as hits from across his career.  General public tickets will go on sale from Wednesday, March 23 at staggered times. For more information and to purchase tickets, head to the website.  Keen on more live music? Here's our round-up of the best gigs happening in Melbourne this month.