A Gentleman's Guide to Love and Murder review 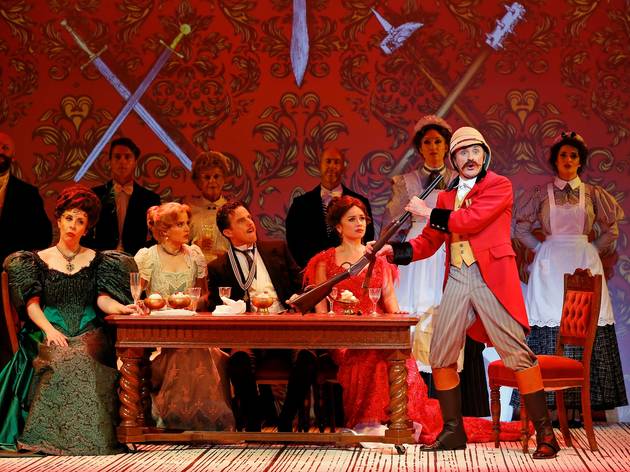 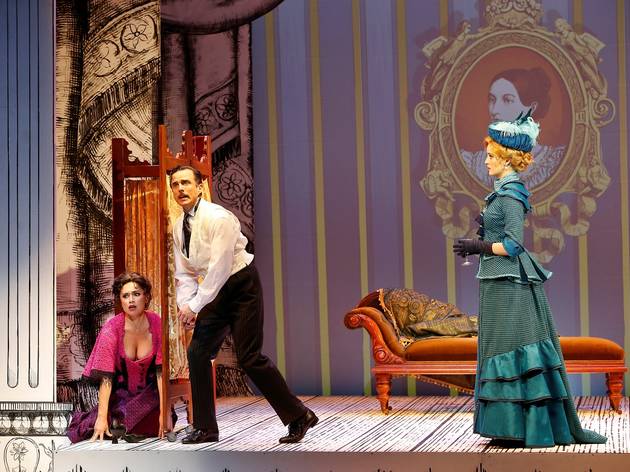 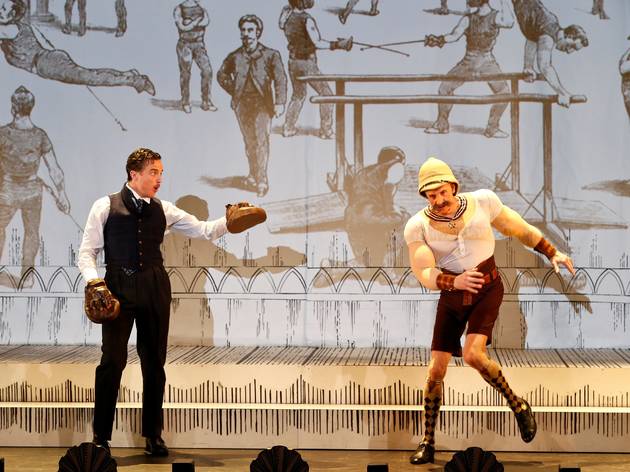 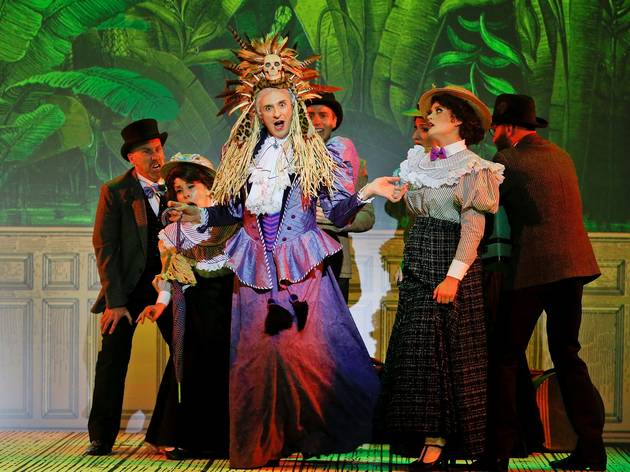 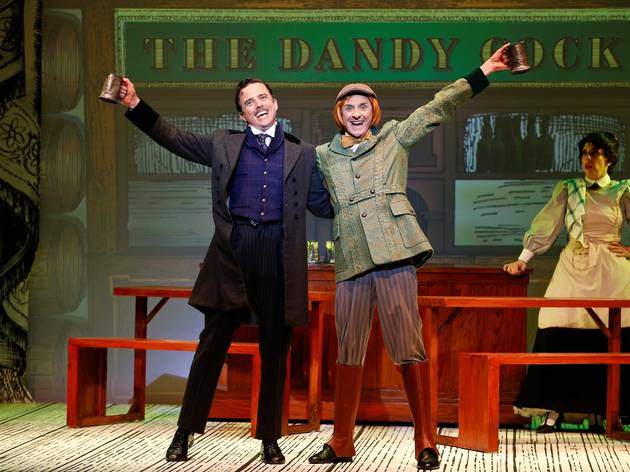 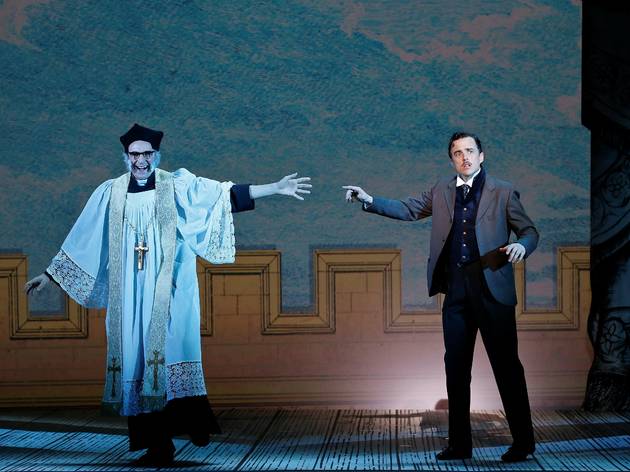 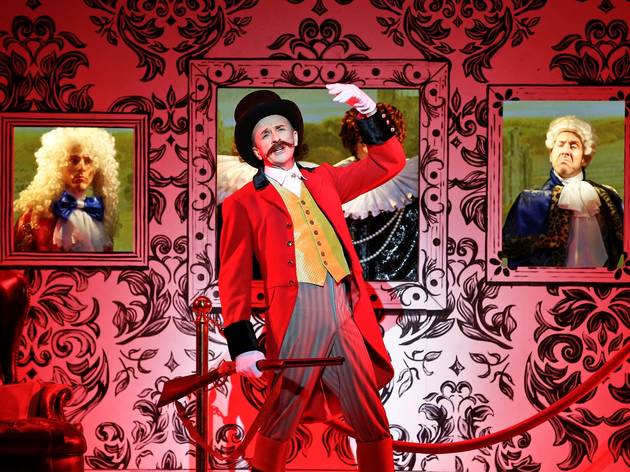 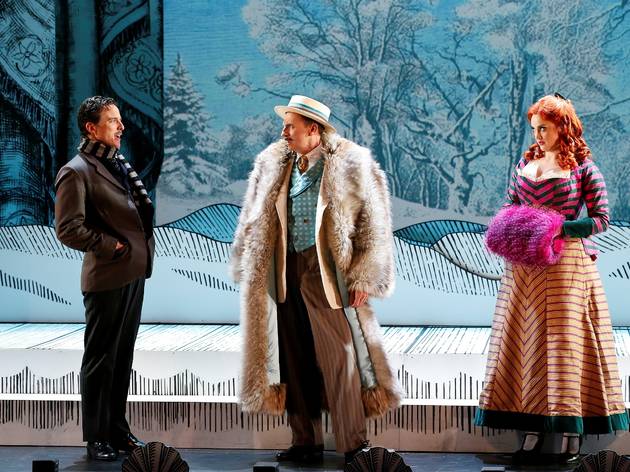 It isn’t obvious from the promotional material, but A Gentleman’s Guide to Love and Murder is actually a musical adaptation of the classic 1949 Ealing Studios film Kind Hearts and Coronets. The producers might quibble that it’s technically an adaptation of that film’s source material, the 1907 novel Israel Rank: The Autobiography of a Criminal by Roy Horniman, but this is sheer legalese. All the mordant wit and class-warfare spice of this show is entirely indebted to Robert Hamer’s sublime film. The central gag, where one actor plays an entire line of heirs waiting to be knocked off by the social-climbing narrator, is a purely performative one and makes zero sense in the context of a novel.

The conceit is so nifty it skirts actual genius: after the death of his mother, Montague ‘Monty’ Navarro (Chris Ryan) is visited unexpectedly by a Miss Shingle (Nancye Hayes), who informs him that he’s not only a descendent of the noble D’Ysquith family, but is ninth in line to the Earldom of Highhurst. His mother was ejected from the family for marrying a Castilian musician, and so in revenge – if there’s a little self improvement involved, so be it – he decides to murder every one of the heirs that stand in his way. There hasn’t been as bloodthirsty a musical since Sweeney Todd. In the film, the noble family was played in its entirety by Alec Guinness; here it’s Mitchell Butel who takes the honours.

The medium of film is a literal one, and the idea of a single actor successfully playing multiple parts largely comes down to makeup and mannerisms; on stage it’s ultimately a question of timing. Butel leans heavily on funny accents to admittedly hilarious effect, and his timing is often dazzlingly precise, but he also has enormous fun colouring in the rather schematic characterisations. Thus we get a beautifully blustering Lord Adalbert D’Ysquith, a barely repressed gay fop in Henry D’Ysquith, and possibly the dodgiest Hedda Gabler the stage has ever seen in the ludicrously puffed Salomé D’Ysquith.

While Butel gets to have the bulk of the fun, it’s Ryan who is the true centre of the play, and his rendition of a fabulously charismatic anti-hero galvanises the production. His Monty is utterly charming and sympathetic, but he never lets the audience forget that he’s a serial killer. We always sense the blade under the smile. As his two love interests, Sibella and Phoebe, Alinta Chidzey and Genevieve Kingsford prove a perfect balance between the sultry and the pure. Hayes is delicious as the sneaky Shingle. The remaining performers are all strong, and form one of the tightest ensembles the Production Company has seen in ages.

Much of the credit for that must go to director Roger Hodgman, who reminds us why he’s one of the finest directors of ensembles in the country. His control of tone and pace is exemplary, pulling on the broad comedy of Victorian Music Hall but tilting it slightly towards something more macabre and contemporary. Robert L. Freedman’s book and Steven Lutvak’s score are full of witty pastiche and jaunty melodic phrasing, beautifully melding content to form, and the music is delivered here by the Production Company Orchestra under the baton of Kellie Dickerson with skill and spirit. If the first act, chock full of murders as it is, gets a little repetitive, it’s still fun waiting to see the ingenious way the D’Ysquiths are going to die. The second act is terrific, as plots thicken and the stakes go up. The cast throw themselves into it with panache.

The design is gorgeous; rarely has the Production Company stage looked as good. Set designer Christina Smith is one of the country’s finest, and this is among her best work. The toy theatre set-within-a-set allows for rapid changes and constant surprises, all while evoking a cartoonish approximation of the period. Isaac Lummis’ costumes are as cheeky as they are stylish, and Matt Scott’s lightning design is a gaudy delight. Overall, the design recalls Edward Gorey’s vaguely sinister and mordantly funny Edwardian illustrations, most notably The Gashlycrumb Tinies, an abecedarian book about the untimely deaths of 26 children.

The Production Company have had a fine year, on this their 20th anniversary; they opened with a gorgeous, lyrical Oklahoma! – which fulfils their commitment to musicals of the past – and they finish with a smart Australian premiere of a musical that surely has a future. It’s a fitting way to see in the next 20 years.