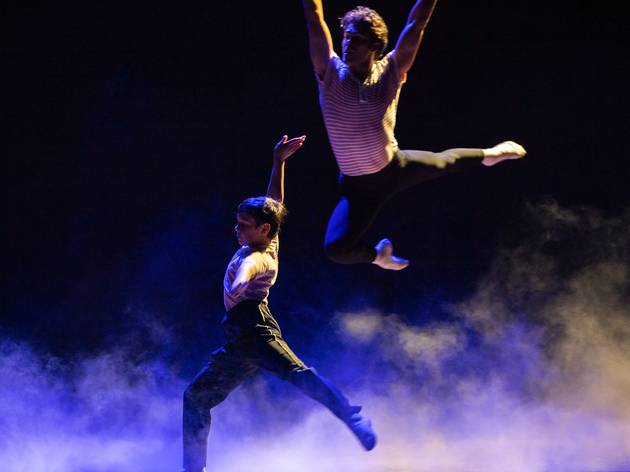 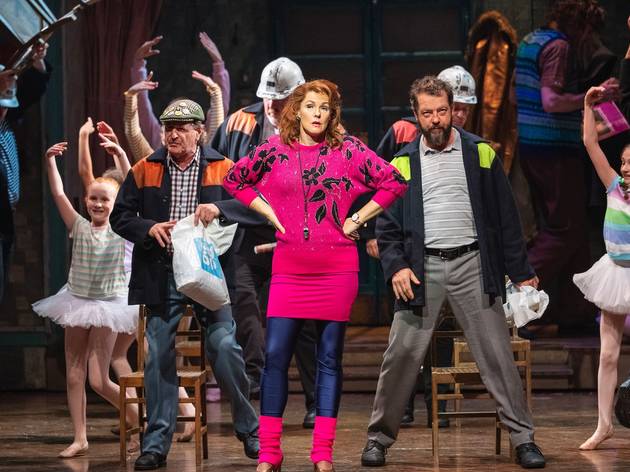 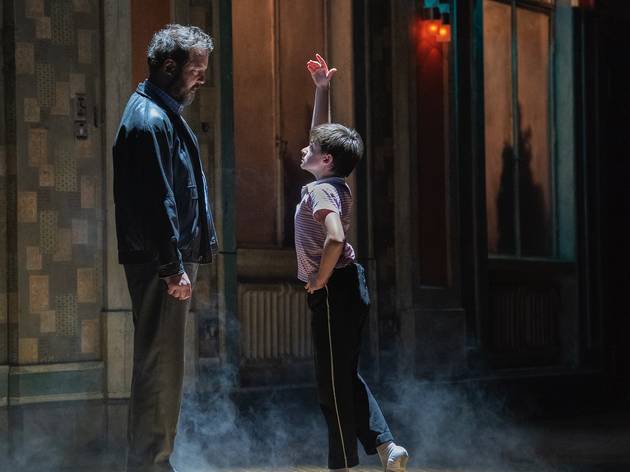 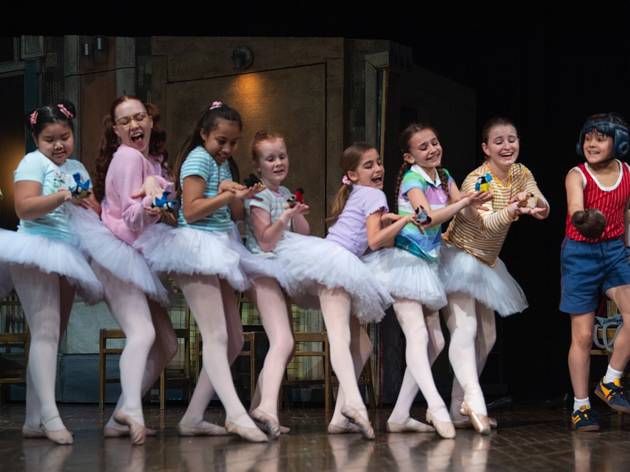 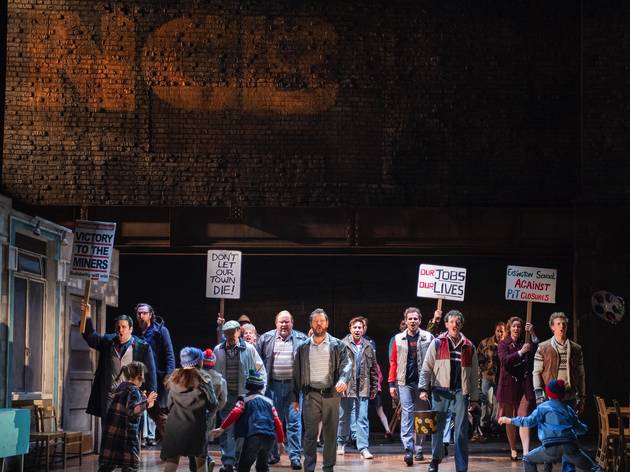 Our favourite ballet boy is pirouetting back onto the Melbourne stage

Update 16/03/20: Due to government health advice regarding the spread of COVID-19, Billy Elliot the Musical played its final performance on Sunday, March 15. If you hold tickets for future performances you will be contacted by your place of purchase regarding refunds.

When Lee Hall wrote Billy Elliot, the surprise hit film about a young boy in a Northern UK mining village dreaming of a career as a dancer, he was largely writing his own story. Hall grew up working class, the son of a house painter, and his family didn’t really understand why he’d want to go to university and pursue a career as a writer. That tension between a young person’s burgeoning creative spirit and the realities of their family and community’s social situation is at the heart of the film, and it is just as central to the deeply moving 2005 musical version, with a book and lyrics by Hall, and music by Elton John, another son of the working class who was lifted by his own prodigious creative talent.

Making a musical that runs on class tension is not the easiest thing to do (although My Fair Lady got it right), but Hall and John, along with director Stephen Daldry, have concocted a smart, surprising and exhilarating piece of theatre. The characters from the film – Billy, his tough-as-nails ballet teacher, Mrs Wilkinson, and his miner father and brother – are all blown up to theatrical proportions in a way that feels tactful and caring.

This new tour, opening 12 years after the show first popped up in Sydney and won a swag of Helpmann Awards, proves the story’s endurability and ability to capture an audience’s heart. One key element of the set, designed by Ian MacNeil, has been adjusted slightly to make the show more tourable, but it's lost very little of its visual appeal or emotional tug.

The new Australian cast is wonderfully accomplished and bring their characters to life in a vivid and endearing way. On opening night in Sydney, Jamie Rogers played the title role (which he alternates with Omar Abiad, River Mardesic and Wade Neilsen) and confidently carried the entire show on his shoulders. A genuine triple threat at just 12, Rogers embodies Billy perfectly, singing gorgeously and proving himself an adept dancer in every style that choreographer Peter Darling throws at him.

And that choreography is rarely easy, smartly calibrated to track Billy’s evolution as a dancer. Darling’s work is even more impressive in big ensemble numbers, smartly propelling the story forward through movement. In ‘Solidarity’, he shows the battle between striking miners and police, interspersed with one of Mrs Wilkinson’s ballet classes as Billy and his fellow students battle to perfect their pirouettes. It’s a striking image, seeing burly miners in high-vis dancing alongside schoolgirls in floating white tutus.

‘Solidarity’ is one of John’s stronger numbers, although it’s difficult to pick out too many musical highlights from the pop music icon. The melodies are mostly fairly simple and folksy – John’s version of working class tunes, we suppose – but they all support the action and plot rather than overwhelming it.

There’s excellent and heartbreaking work from Justin Smith as Billy’s father (he played his brother, Tony, in the original Australian tour), who struggles to find his way into Billy’s world of ballet and accept his son’s new passion. Vivien Davies and Drew Livingston round out Billy’s family unit as Grandma and Tony, creating a believable family dynamic. A few of the performances feel that they could settle into a more comfortable groove, but this will likely happen in the next few weeks of the run.

Billy Elliot is often described as the story of a young boy making his ballet dreams come true, set against the backdrop of the UK miners’ strike of 1984 and 1985. But it’s much more than a backdrop; unionism and the town’s economy is at the foreground. Everything that happens to Billy is, in some way, a result of his family’s class and working situation. And for many people, those things are an insurmountable barrier.

Of course, musicals operate on the ‘Climb Ev’ry Mountain’ way of thinking – that you simply have to follow every rainbow ‘til you find your dream – but Billy Elliot at least offers a slightly more complex look at the real struggles inherent in dreaming.