Charlie and the Chocolate Factory review 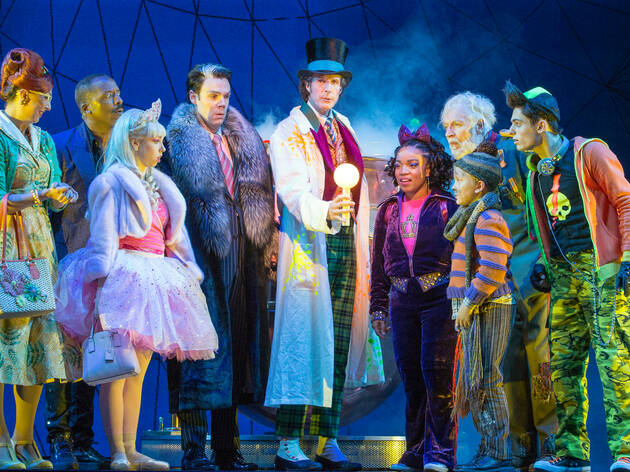 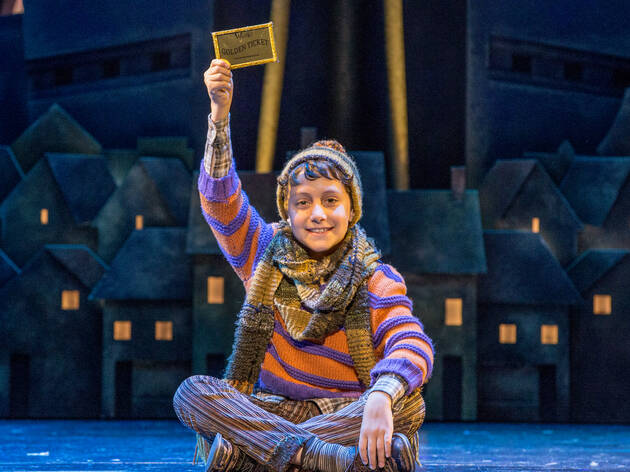 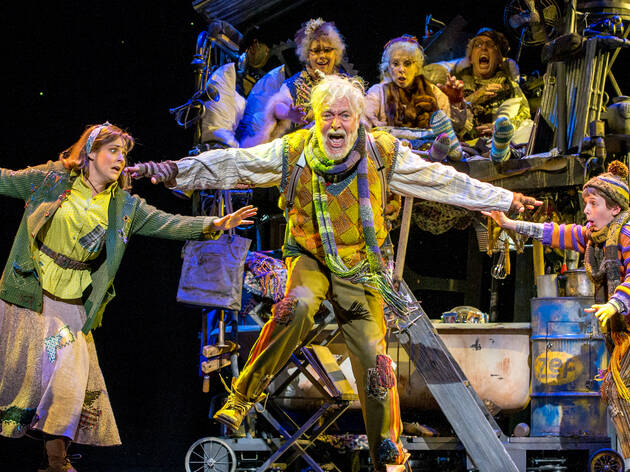 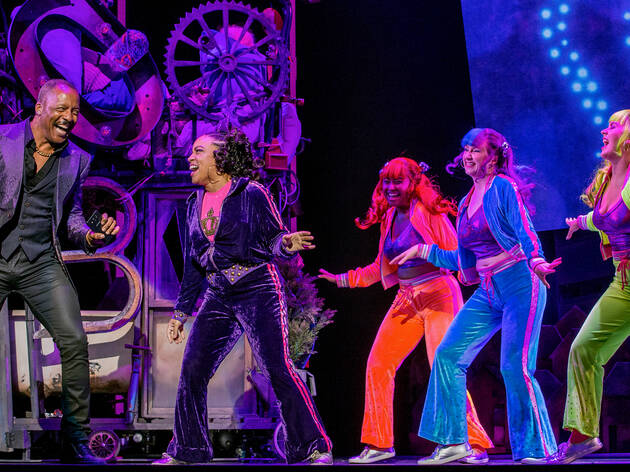 The last time audiences saw a big budget musical adaptation of a Roald Dahl novel was when the Royal Shakespeare Company teamed up with Tim Minchin for the incomparable wonder that was Matilda. So naturally – even though no two shows are alike and you can’t bottle lightning and yada yada – we are going to compare Charlie and the Chocolate Factory to that, and naturally it’s going to come up short. Best to get that out of the way early. But, once you’ve brushed away the fog of expectation, it’s pretty easy to enjoy yourself here; you don’t even need a particularly sweet tooth.

This is largely because Dahl’s original, like all his work, is as brittle and nutty as it is sweet. The story of poor Charlie Bucket (Benjamin Belsey, Elijah Slavinskis, Edgar Stirling, Lenny Thomas, Lachlan Young), so impoverished he can only have a single bar of chocolate on his birthday, winning a golden ticket to the magical wonderland that is Willy Wonka’s (Paul Slade Smith) Chocolate Factory, is a morality tale of the most gruesome and delectable kind. Charlie’s fellow winners – Augustus Gloop (Jake Fehily), Veruca Salt (Karina Russell), Violet Beauregard (Jayme-Lee Hanekom) and Mike Teavee (Harrison Riley) – are all hideous creatures of desire and self-gratification. Only Charlie is pure of heart, and deserves the ultimate prize.

This adaptation has gone through many iterations since it opened in London on Drury Lane in 2013, with massive changes in scale and content. The original sets were lavish to a fault, but the critical response was lukewarm at best. When it transferred to Broadway, it underwent major rewrites and was completely redesigned. What we are seeing here is a scaled-down touring production unlike either of those originals; it’s a bit like seeing Augustus Gloop on a diet. The funny thing is, the show is probably better for it. Sure, it mightn’t dazzle quite like you’d expect, but it has a few nifty tricks up its checkered sleeve and the cast throw themselves in like Gloop into a chocolate waterfall.

Central, of course, is Wonka himself. It’s a role with a surprising amount of interpretive wriggle room: Gene Wilder was nonchalantly fatalist, while Johnny Depp was creepily sadistic. Smith plays him as a brightly-coloured praying mantis, as likely to bite your head off as perch prettily about the place. He’s the worst kind of guide unless you’re exactly the right kind of kid; it’s a key element in the character’s appeal, and Smith nails every nuance.

In support, Tony Sheldon makes a wonderfully bewildered Grandpa Joe, and Lucy Maunder is excellent as Charlie’s mum; she sings beautifully, and brings casual pathos but not a whiff of mawkishness to the family’s financial dilemma. The nasty kids are all played by adults, and all manage to shine, although best of all is Jayme-Lee Hanekom as the insta-famous Violet, a wannabe pop princess whose reputation is about to explode. In fact, the increasingly grisly fates of the vile kiddies is one of the show’s chief delights.

Perhaps the greatest delight, though, is the ingenious depiction of the Oompa Loompa, those mini people Wonka saves from their natural predators, the Hornswaggers, Snozzwangers and the Wangdoodles. It’s a simple puppetry trick, but it is beautifully realised and joyously manipulated, and brings some much-needed wackiness to proceedings. The first act is fun enough, trading on some wildly outrageous cultural stereotypes, but most of the joy comes in the second.

The score includes some material from the 1971 film version, which seems lazy but is smart, given how bland and unremarkable the new material – music by Marc Shaiman and lyrics by Shaiman and Scott Wittman – turns out to be. Mark Thompson’s set and costumes are not particularly remarkable either, but they do the job, and Jeff Sugg’s projections add some fairground flair. Jack O’Brien’s direction keeps things bright and bouncy, but can’t quite paper over the show’s structural flaws. Wonka’s opening appearance, where he lays out all the show’s surprises before he’s even set them up, is a total waste of dramatic tension, and his long initial appearance as the Candy Man totally undermines his actual appearance as Wonka later in the show. It’s curious that this mimics precisely the musical version of Aladdin. It didn’t work there, either.

Despite these problems, Charlie and the Chocolate Factory goes down smoothly, like the perfect bar of Wonka chocolate. There’s a bit of Chitty Chitty Bang Bang in there, and a hint of The Nutcracker, but it also feels enough like Dahl to give adults a tug of nostalgia and to give kids that thrill of subversion that made him so great. So it’s not Matilda, but then what is?

See what other major musicals are heading to Melbourne.