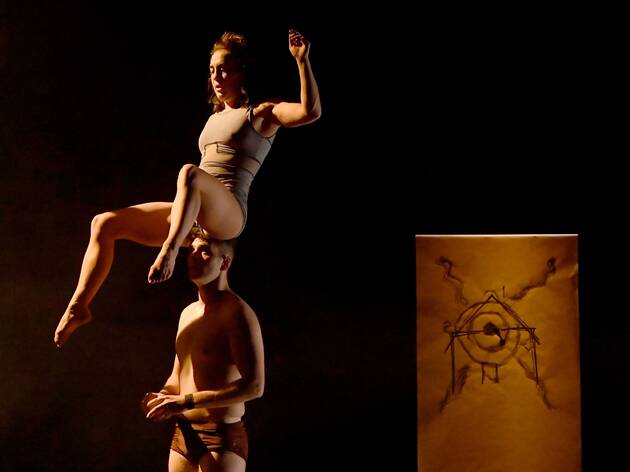 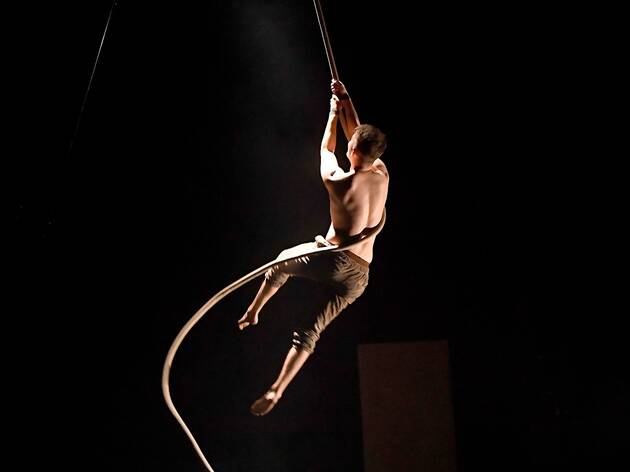 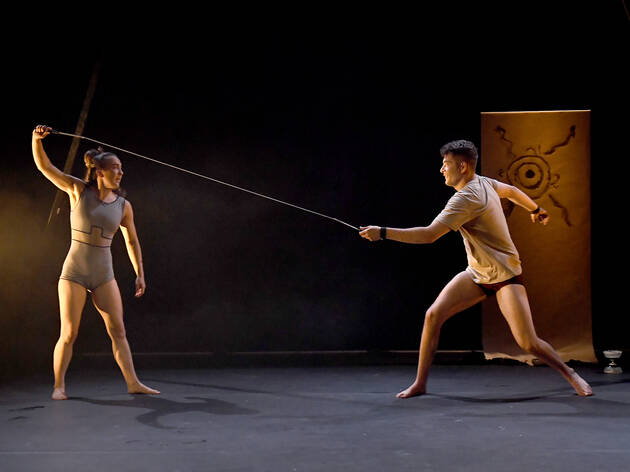 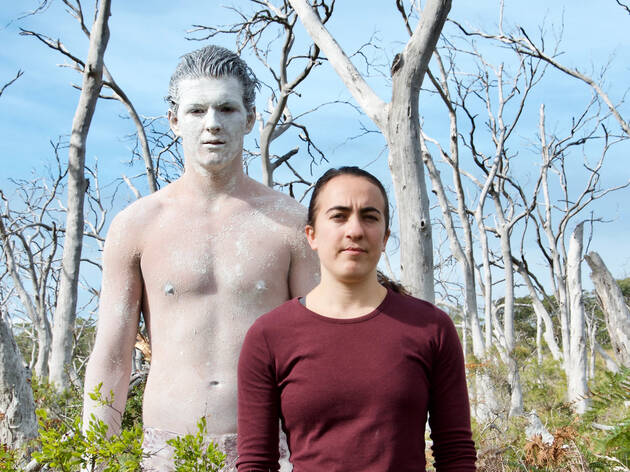 If the hectic nature of the last couple of years has taught us anything, it’s that time is a lot more malleable than many of us had realised. Remove the structures to which we have become accustomed and suddenly days and months blend, order becomes confused and moments can be at once fleeting and inexorably elongated. This non-linear understanding is nothing new to Aboriginal and Torres Strait Islander peoples. After all, the West's concept of 'ancient civilisation' is dwarfed by the 65,000-plus years of culture on these lands.

And so it’s bracing to unmoor oneself and flow freely in the epic scope of a work like Common Dissonance. It would appear to spring forth from the earliest footsteps on this land and leap effortlessly into contemporary concerns, functioning both as a creation story and as a critique on the more destructive tendencies of our internet-raging times.

Reopening St Kilda stalwart Theatre Works, it's the latest from Na Djinang Circus founder Harley Mann, a Wakka Wakka man from Queensland who grew up on Gadigal country in Sydney. A still-young alumnus of esteemed companies including Circa and Circus Oz, his work to date shows a maturity of form that’s invigorating. There’s also something of that malleable time at play in the fact that this is an encore season of a Green Room Award-nominated show first performed at the Melba Spiegeltent in 2019, but that I come to after first seeing latest work Arterial between lockdowns in May 2021.

Common Dissonance is a more intimate performance led by Mann and co-star and Na Djinang ensemble member Isabelle Champagne-Chittick. Meeting under a dark metal pyramid frame that consumes most of the Theatre Works floor and just tucks in under its ceiling, it's a prism to refract their light.

Aerial sequences by both, suspended from this frame, are awe-inspiring. But once again I find myself most captivated by their remarkable floorwork. Champagne-Chittick is as adept at bearing his weight as Mann is of hers, in an upending of gender binaries that is all-too rare in the performing arts. Puckish in character, this duo can flit between this mercurial mirth and something much more psychologically troubling. In later stages it would appear that colonisation crashes in. A moment that's hung on non-Indigenous performer Champagne-Chittick cutting the string during a playful stretch of diablo juggling by Mann.

This stark moment, and a forceful takeover of traditional ochre body painting, tilts Common Dissonance into a harrowing, blood red-lit moment. As Mann pounds at the floor, Champagne-Chittick crumples as if compelled. An unnerving sequence, it suggests intergenerational trauma spilling over into violence. There's a lot bound up in an hour-long show that feels much more expansive.

Mann’s mantra at Na Djinang is one of fostering a new generation of talent. It’s an inherently fresh and generous approach that builds on a strong culture of game-changing Australian circus and comes at it from new angles, as accompanied by First Nations-led music. The company is prepared to bend the shape of things into something exhilaratingly new. And I have all the time in the world for that.