Opera is one of our most revered forms of culture. But with great reputation comes a high intimidation-factor. At Time Out, we’re lucky enough to have seen plenty of operas, so we know it’s not all valkyries in horned helmets and heavy breast armour. But we also know not everyone has been so lucky.

Like Shakespeare, The Iliad and The Odyssey or Jane Austen, opera has worked itself so deeply into our pop-cultural imaginations that most of us can probably recognise Bizet’s ‘Habanera’ aria, or the twisty plotting of Cosi Fan Tutte without necessarily knowing where it came from. Given this sense of familiarity, we figured that for most people, seeing a famous opera for the first time will feel more like reconnecting with an old friend than meeting someone new.

To test the theory, we gathered together four young creative types, with very different backgrounds, from three different cities, with one thing in common: they’d never been to the opera as an adult. We brought them all to Sydney for Opera Australia’s production of Puccini’s La Boheme and filmed the results.

Melburnian Ali Barter may make grungy guitar pop now, but the Girlie Bits singer is also a classically trained soprano. As a kid, she’d actually appeared on stage in an opera, but she’d never seen one performed before. “I imagine I’m going to be blown away by their technical ability,” she told us before the show. True to her word, she came out impressed. “Just their breathing ability… it was incredible. Now I know where all that scale-work can take you.” Though she’d known the musical Rent was based on La Boheme going in, Ali was also taken by just how similar some scenes were. “When Rodolfo and Mimì meet… it’s almost exactly the same.”

A total newbie to the genre, Wafia Al-Rikabi did her research before flying down from Brisbane to come to the opera. “I looked up ‘going to the opera’ on Wikihow” she told us. “It was not helpful.” Though she’s not sure she’ll be sampling opera tracks in her hip-hop tinged electronic music any time soon, stepping into a completely different genre was an inspiring experience. Like Ali, she was particularly taken with the singing. “I’m quite a quiet performer, so to hear the way their voices filled up the room… that passion… I loved that performance.”

Marilee Pham is a lawyer in Sydney by day, and a fashion blogger by night. Before the opera, she carefully planned what to wear. Eventually she settled on a Dion Lee cocktail frock with a flared hem, teamed with a leather biker jacket to “give it a bit of an edge.” “I was surprised by the variety of styles,”  she told us after the show. “There was everyone from very casual tourists to people completely dressed up. I really enjoyed the people watching.” As for the show itself, “it was a true tragedy… It showed how sometimes love just isn’t enough.”

With an opera-singer grandmother, comedian and radio host Kyran Wheatley recalls being dragged along to the opera as a reluctant kid. “I remember huge costumes… Big buttress-y skirt things…” It was the look and feel of the production that most confounded, and impressed him. “Honestly,” he confesses, “I think my grandmother would have hated it. It wasn’t traditional. It was sexy. There was nudity!” Though the staging was new, the plot felt eerily familiar. “Hang on a second, Moulin Rouge is based on this, isn’t it?”

All four of our first timers were surprised to discover the production had surtitles, translating the action above the stage. “Sir Titles?” Kyran joked. “Is that one of the characters?” “I assumed we’d just have to follow along from the way they were acting,”Wafia added. She also suggested that first timers do a bit of research, and read up on the show before they start watching. Opera Australia hands out cheat sheets prior to all performances, and you can access them online too, for instance, Carmen’s can be read right here. “When you know what’s going on, the whole experience is more powerful. There’s no distraction.”

If you want to try opera for the first time yourself, Opera Australia’s Carmen is coming to the Arts Centre Melbourne this May. Wanna try before you buy? Watch this two minute excerpt from Carmen. 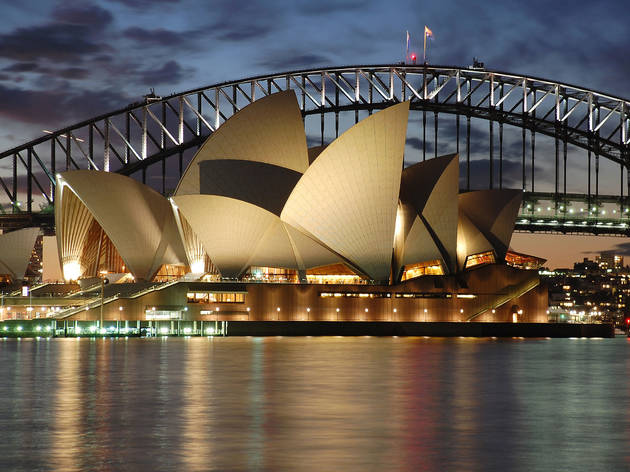 "Of all the noises known to man,” said French farceur Molière, “opera is the most expensive." But that doesn't mean it isn't worth it.