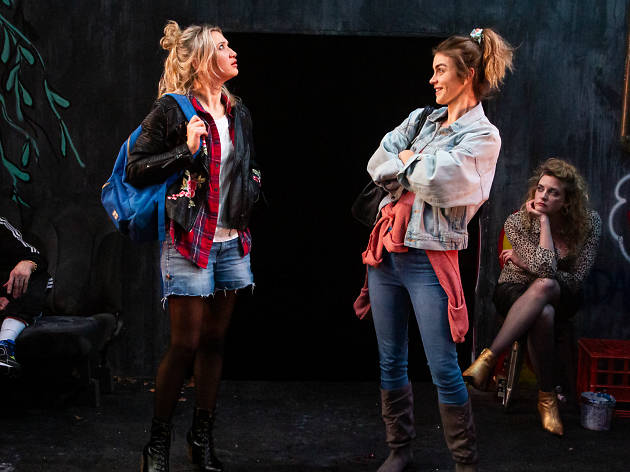 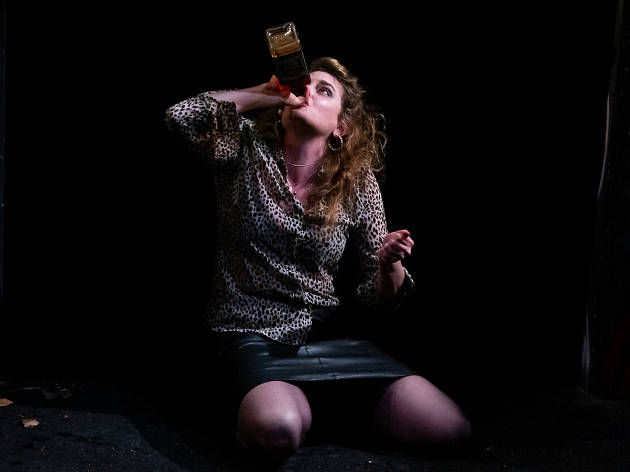 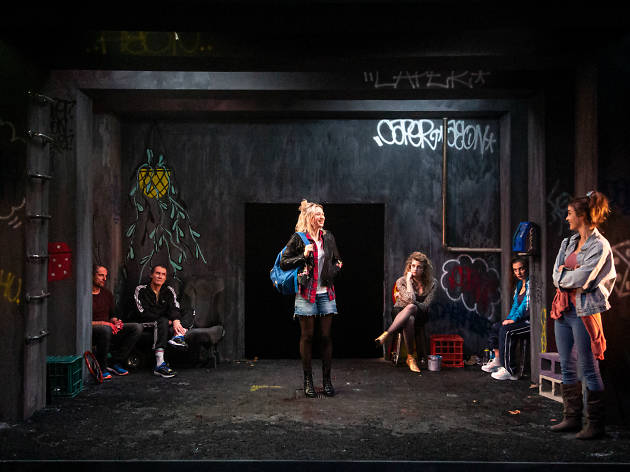 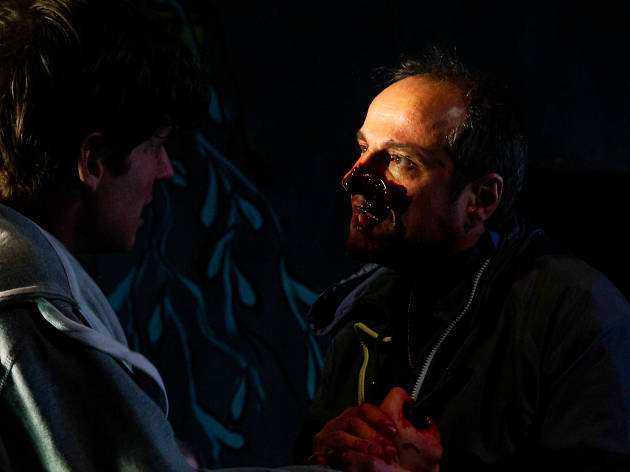 This haunting and surreal play concerns an abandoned concrete island

You’d think, given that it seems we’re actually living the apocalyptic hellscape so often depicted in the creative imagination of the 20th century, we’d be done seeing it reflected in our art. And yet, visions of the end times persist, and we go back for more. UK playwright Alistair McDowall doesn’t so much lead us to his version of a futuristic dystopia in his play Pomona as grab us by the neck and rub our faces in it. So why is the result so entertaining – intermittently depressing, perhaps but strangely exhilarating?

We are in Manchester, or a nightmare vision of every city, where the creepiest low-life is the moneyed and connected one; in this instance Zeppo (Dion Mills), who inherits a good chunk of the property, including the mysterious, cut-off concrete islet in the middle of the metropolis, Pomona. Nobody lives here but vans truck goods in, and Charlie (Nicholas Denton) and Moe (Arthur Angel) stand guard at the gates.

Ollie (Mona Mina Leon) is searching for her lost twin sister, but the further towards her goal she gets, the more dangerous and perverse the consequences. On her path into the dark recesses of the city, she meets sex worker Fay (Jessica Clarke) and corrupt madame Gale (Julia Grace), who leads her into the troubling world of snuff films and organ harvesting. Pomona, and the world that created it, is particularly nasty for women.

Cutting through this grubby, gruesome story is another one that puts the facts in some doubt: Charlie advertises for people to join him in RPG, or role-playing games, and Keaton (Artemis Ionnides) is the only one who responds. While the game is based in part of HP Lovecraft’s horror stories, it also bears a strange resemblance to Ollie’s journey into the underworld of Pomona. Is Ollie then just a figment of the game?

McDowall is too clever a playwright to waste time on cheap tricks of perception or obvious narrative resolutions; his play gathers meaning even as it collects unanswered questions. Director Gary Abrahams cloaks the action in a thick, grimy mist, and Jonathan Hindmarsh’s Stygian set and bovver boy costumes, lit ingeniously by Lisa Mibus, conjure a world that truth and beauty cannot penetrate. And yet, humour and even some tenderness manage to get through.

The performances are electric. Mills has a long opening monologue – itself a great extended mansplaining joke – about Indiana Jones that curdles into advice about “not getting involved”. It’s a tough opening gig, but the menace and the meanness of this oily figure set the tone for the entire piece. Leon and Clarke bring a wealth of fragility and toughness to the vulnerable women, and Angel is brilliantly coiled as violence merchant Moe. Best of all is Denton, who provides a vein of goofiness that is winning, and who makes a monologue about covering the city with his “jizz” into a masterclass of mental instability. He’s a young actor who keeps getting better and should, by rights, be famous already.

Abrahams also seems to improve with every show, and his direction here is pretty much faultless. From that opening scene to the final image, through some incredibly tricky tonal shifts and looping dramatic structure, he’s in complete control. He has a wonderful way – as anyone who saw his recent production of 33 Variations will attest – of pulling a disparate ensemble of actors together without them having to compromise on their idiosyncrasies. Pomona is a complex and jagged work in many ways, but this production is so smooth it feels effortlessly entertaining.

A lot of “dark” material is actually comforting in the end, adopting poses of radicalism only to resolve into conservative banalities; truly dark work is rarer and offers no consolation or succour. Pomona is a work that seriously examines the idea of brokenness, of the ways in which our environment poisons our relationships as much as our bodies; it tackles misogyny in a genuinely original way, and shows us the true face of violence and greed. And yet under Abrahams’ astute direction and a top-notch cast, it plays like a thrill ride, disturbingly funny and black as pitch.