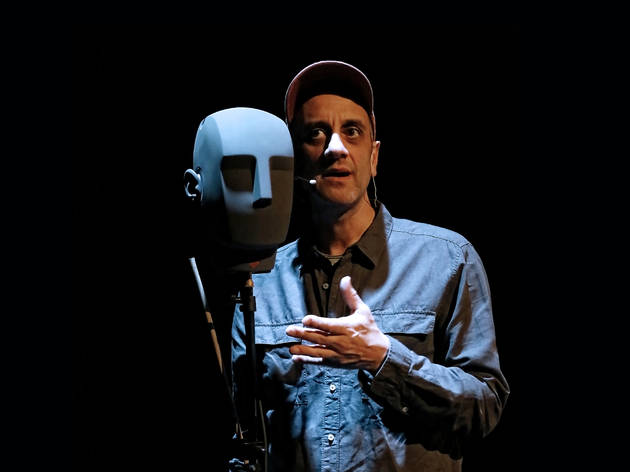 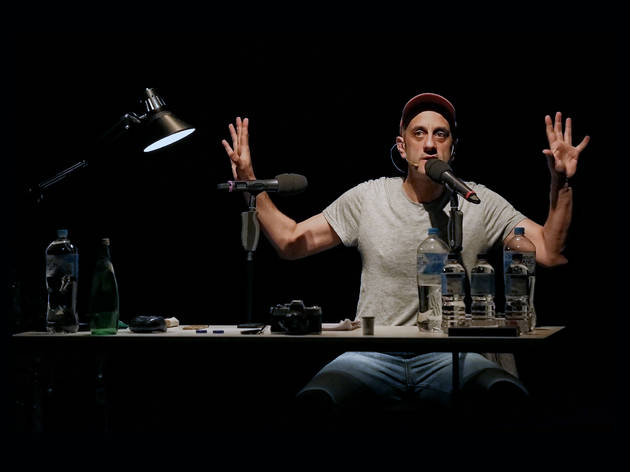 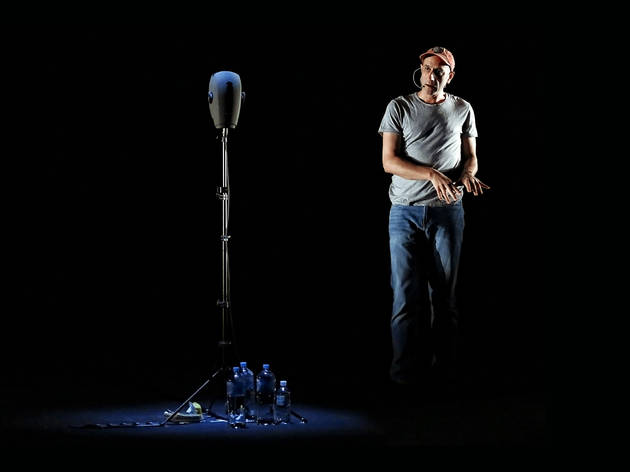 Complicite's audio-lead theatrical journey got rave reviews in Edinburgh, London and New York – and Time Out London dubbed it 'show of the year'. See why

The Encounter is a trip; at this risk of sounding like your Dad in the seventies, it is far out. If you’ve never taken hallucinogens, it will probably get you close to that sensation – but with nothing more than a helluva sound design and a cracking tale. In fact, that it succeeds is largely to do with the neat intersection of content and form: it seems like this is the only way to tell this particular tale.

The less you know the better, but simply put: The Encounter has its basis in a book called Amazon Beaming, written by Petru Popescu based on his conversations with National Geographic photographer Loren McIntyre, about an incredible experience McIntyre had in the remote Amazon jungle over six weeks in 1969, during which he was embedded within the reclusive Mayoruna tribe. McIntyre had gone in search of cover-worthy photographs of the Mayoruna (or ‘cat people’) – and he did find them; but in doing so he got lost in the jungle, and found himself at their mercy.

What happened over the following weeks no doubt blew his mind – he reportedly told Popescu that he never went public because he felt his tale defied belief – but in the hands of theatre-maker Simon McBurney and his company Complicite, it’s a tale designed to blow our minds. Rather than hearing a third-hand account, or even a first-person recount by McIntyre, we are put inside the story, as if it is happening around us. A rich aural atmosphere conjures the Amazon, from McIntyre’s airborne approach by seaplane to his entrapment in the dense vegetation below.

Our guide is a self-conscious narrator (performed by Richard Katz) who deconstructs the artistry of his story and the mode of storytelling, even as he is building his tale. At the outset, he demonstrates the sound technology used (a ‘binaural head’ microphone is the central tool, but a number of sound channels are mixed and fed through to the audience via personal headphone sets attached to each seat) and demonstrates the capacity of the brain to be ‘fooled’ by this kind of sophisticated sound design. It feels like a challenge to the audience: to resist that suspension of disbelief.

You can close your eyes during the performance (probably the recommended/ideal way to experience the show) or you can watch Katz working his magic on stage; he does indeed perform – he paces, dances, curls up in a ball at one point. Even with your eyes open, and a clear-eyed view of the artifice, the tale and the aural atmosphere become overwhelming at times.

What is The Encounter about? It’s a spiritual journey, a tale of survival against the odds, and potentially a revelation about physics and human consciousness. It’s a sci-fi tale of time travel; and an allegorical tale about a world in social and environmental crisis. Like much of the best theatre, it’s about storytelling itself.

Whatever you get out of The Encounter, Katz and McBurney don’t let their audience leave without an unambiguous statement: this tribe of people, on the brink of extinction thanks to human and environmental factors, exist. They are not allegorical figures, they are actual people trying to survive in and make sense of a world that seems to be collapsing around their ears.

This review originally ran in Sydney in January 2017 as part of Time Out's Sydney Festival coverage.