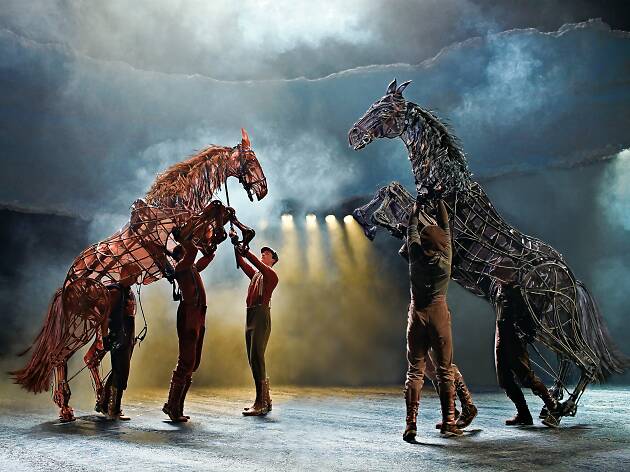 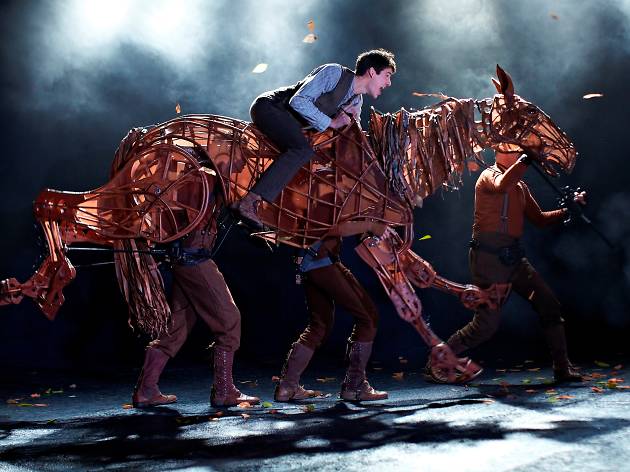 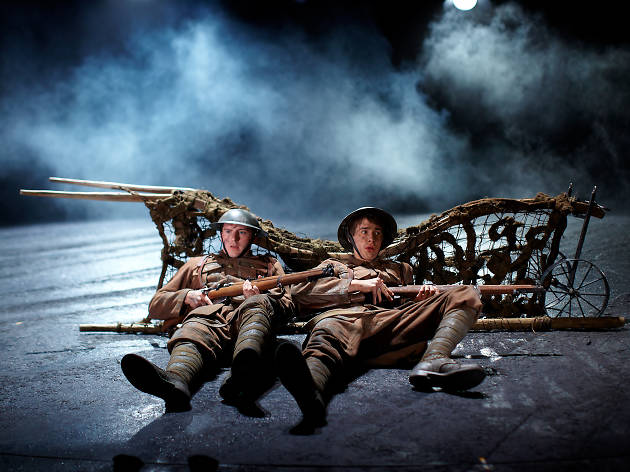 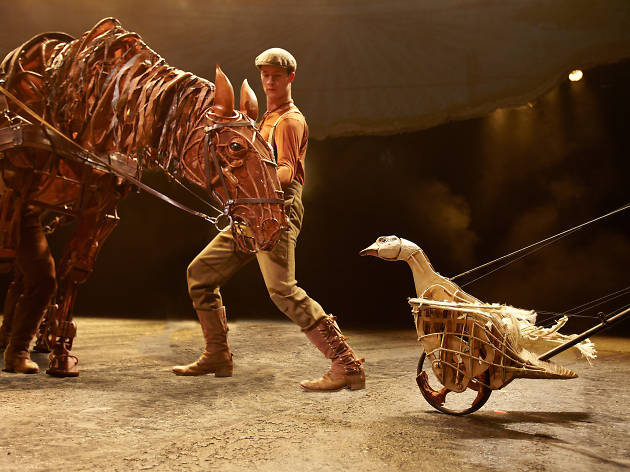 Joey is galloping back to Melbourne for a return season

It’s hard to think of a title more self-explanatory than War Horse – except perhaps Snakes on a Plane, and that one’s a joke. It is a tale about a horse who goes to war, and was written by children’s author Michael Morpurgo back in 1982, to some success. It wasn’t until the National Theatre of Great Britain came along in 2007, though, that this simple story etched its way into the public imagination. A theatrical adaptation of the novel seemed like a ludicrous concept, but the difficulty of making horses the centre of a play became its key selling point. Puppetry is rarely a mainstream art form, unless it’s as astonishing as this.

From the opening moments at the birth of a foal, as it struggles to stand and slowly gathers its strength and vitality, to the gruelling charges and driving work of the actual war, the puppetry (by Handspring Puppet Company) is never less than sublime. The puppeteers, fully visible but totally integrated into the physicality of the animals, are so supple and responsive that the horses, and swallows and crows and one fabulous goose, are easily as vivid as the humans.

Of course, very fine animal puppetry won’t in and of itself create a hit show – just ask the producers of King Kong, which had a five-star monkey sitting in a one-star white elephant – and the success of playwright Nick Stafford’s adaptation is due to as much to its stagecraft as its conceptual vision. Everything under Marianne Elliott and Tom Morris’s direction – from Toby Sedgwick’s choreography to Paule Constable’s magnificent lighting and Rae Smith’s lush but spare design – works to create a world as textural and tangible as our own. That it is in service to a fairly improbable and nakedly sentimental story should matter more than it does. There is passionate artistry here, and that’s a beautiful thing to watch.

The horse’s name is Joey, and he’s bought in an auction by one brother so that another brother misses out, an act of spite that will lead the sons of these petty warring men into an actual war. Not that this Greek Tragedy of an opening develops into much; the heart of the play is the relationship between the one son, Albert (Scott Miller) and his horse. There’s an elaborate subplot about an attempt to turn Joey from a hunter into a plough horse, which will of course have significant repercussions during the war. But it’s Joey’s journey and his fractious relationship to another horse, the magnificent black beauty Topthorn, that really gets the heart soaring.

There is something shameless about this show’s anthropomorphism, its insistence that animals can stand in for human loss, but its effectiveness comes down to its underlying message: the animals who were killed in the Great War were pure innocents, sent blind into a hellscape created by kings and kaisers, and in that way they are perfect metaphors for the thousands and thousands of dead soldiers still lying in the fields of France. If the play makes us feel more for the animals than the people, it’s a dissociation that still speaks to the scale of the loss.

Which brings me to my major caveat. I’ve been banging on for a few years about the tendency of UK commercial theatre (at least the touring productions we tend to see here) to over design and under deliver. War Horse is often very loud and insistent, both visually and emotionally, but it is only intermittently moving; the sentiment is so barefaced, the manipulation so blatant, that it’s hard to submit. The production itself is so smooth it feels like the actors are completely replaceable.

But really, this is only a minor bugbear. War Horse is frankly unstoppable. It’s beautifully designed, epic in scale and yet ingeniously simple in execution, and it tells an irresistible tale of interspecies affection and the horrors of warfare that still resonates today. In fact, sitting in the theatre on a day of intense smoke haze from fires that have killed and endangered so much of our own wildlife, a play that champions the relationship between humanity and the animal world feels desperately current.