Things to do, Walks and tours Free 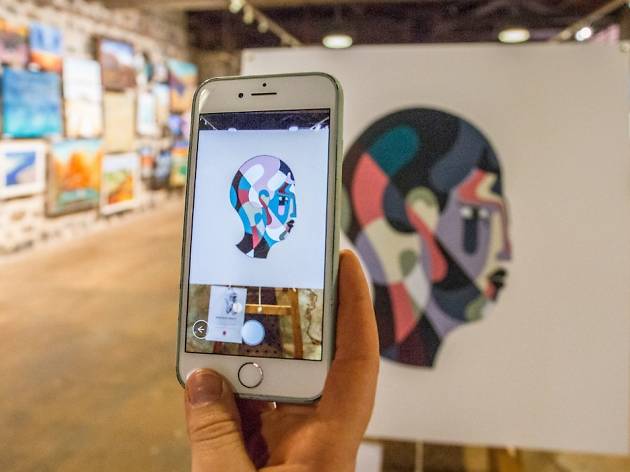 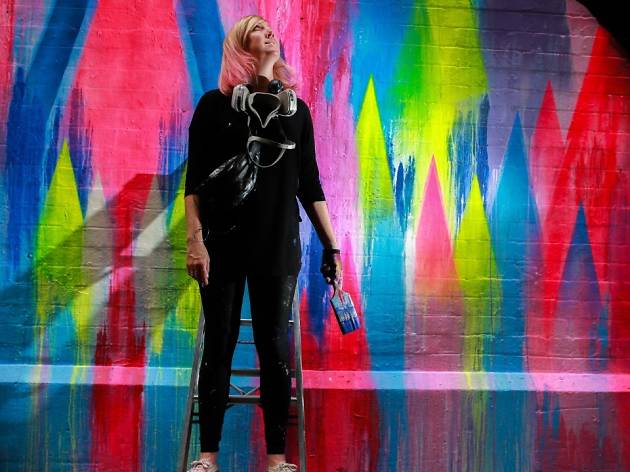 [Sponsored] Go hunting for artworks throughout the Flinders Quarter

Melbourne’s laneways are filled with a never-ending (and endlessly changing) collection of street art. Our painted public places are a point of pride for residents, and the subject of many an Instagram post for tourists (and if we’re honest, locals too). This August, a section of Melbourne’s CBD is getting a different sort of street art that will take over not just the city’s streets but its arcades and heritage buildings too.

The Flinders Quarter Augmented Art Walk uses (as you may have guessed) augmented reality to install fantastical digital art throughout the Flinders Quarter (the section of the city bordered by Collins, Swanston, Flinders and Elizabeth Streets). It’s part self-guided tour and part treasure hunt, with the walk using augmented reality app Eyejack to let walkers discover artworks and the local stories that inspired them.

On the art walk you’ll discover colourful animations that mimic the daily cycle in Degraves Place courtesy of street artist Vexta; interdimensional portals and human-size wings brought to you by digital artist Sutu (who’s also created a hypnotic, brain-like work); a hand-me-down armchair remade for augmented reality by the whimsical Chelsea Gustafsson; and a homage to the flamboyant Leigh Bowery created by Melbourne’s most creative couple, the Huxleys.

Walkers will also be taken to Young and Jackson Hotel where the bar’s famous nude painting (aka Chloe) will be given a digital update. Being right next to Flinders Street Station, the pub was popular among soldiers looking for a final beer before shipping out during World War I and World War II. Naturally, Chloe became popular with soldiers and the art walk will use augmented reality to depict the painting in all of Chloe's goddess-like, cult glory – with animation illustrating the countless letters sent to Chloe by servicemen.

As you travel up, down and around Flinders Quarter, you’ll also get to discover the precinct’s diverse independent businesses. There are plenty of places to stop for coffee and a bite to eat mid walk and the quarter is home to some of the coolest local designers, makers and labels (we would spend all day in the Nicholas Building if we could).

To get started you’ll need to download the Eyejack app and pick up a Flinders Quarter Augmented Art Walk map (available from the Metro Tunnel HQ on Swanston Street, selected Flinders Quarter businesses and Melbourne cafés and shops). Then hit the streets and start discovering the kooky and creative augmented art. The Augmented Art Walk is running for one month only, so you’ve got until September 14 to hit the streets and explore.