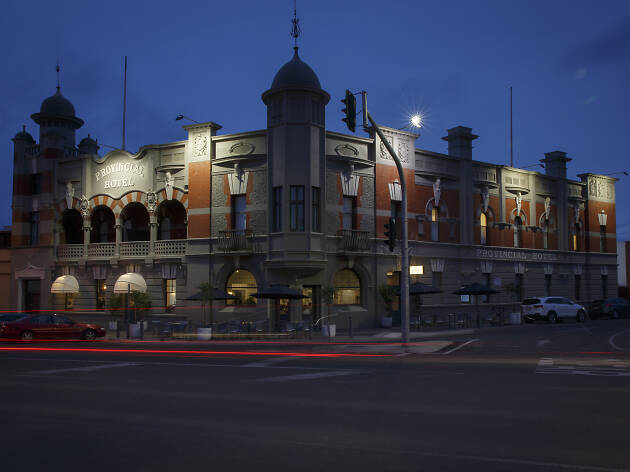 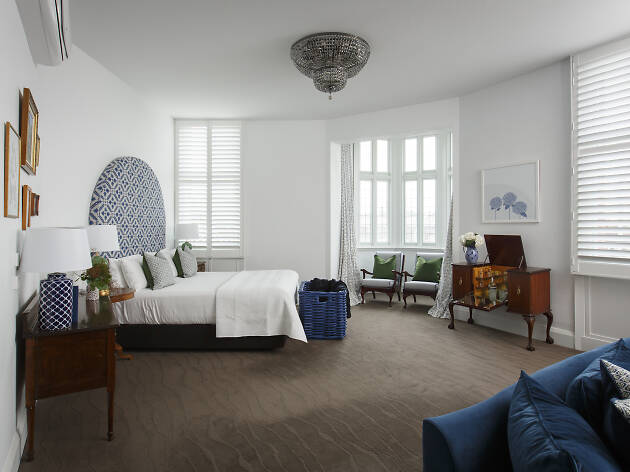 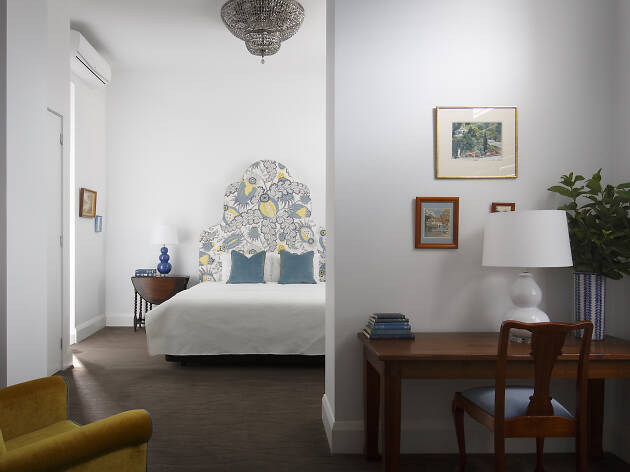 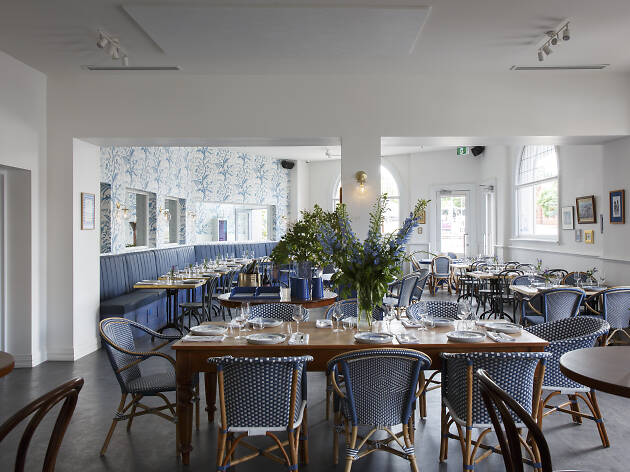 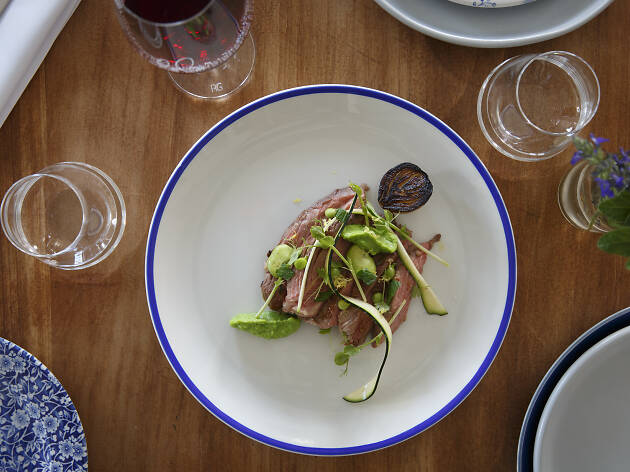 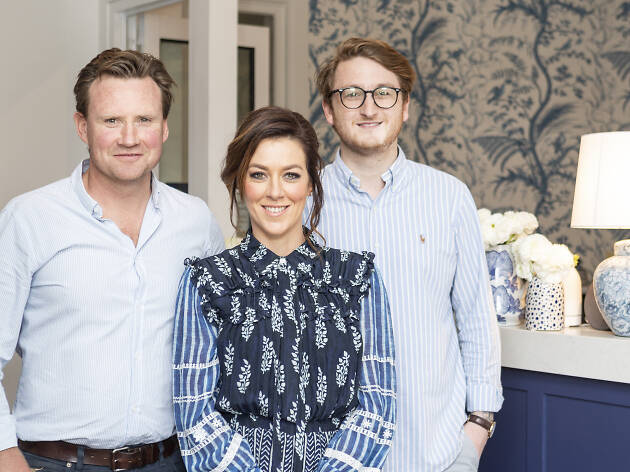 Built in 1909, Ballarat’s Provincial Hotel has had many faces in the last century, running the gamut on local publicans and hoteliers over the years. The Provincial most recently had a sleek and polished makeover in 2018, when publican Simon Coghlan and his partner, Gorgi Coghlan (whom you’ll know from Channel 10’s The Project), gave the property another facelift.

The Coghlans teamed up with hospo wunderkind Drew Harry to create a luxury boutique hotel that’s eased this grand old dame into the 21st century. Expect crisp white linens, velvet armchairs, patterned headboards, mish-mashed art in contrasting frames – it’s a place that makes The Design Files look like a Fantastic Furniture brochure. Furnishings have been carefully sourced by Gorgi and her team of interior designers so no two rooms are the same. Keep an eye out for the revolving door of original artworks by up-and-coming female Australian artists that line the hallways.

The cherry on top is the attention to detail: Aesop bath products, freshly cut flowers in every room and those beds – so comfy you won’t ever want to leave. It’s a classy addition to a regional accommodation scene that was lacking something luxe.

This grand old pub is heritage listed, like its neighbours on Lydiard Street, including the Art Gallery of Ballarat. As such, there is a small caveat. The hotel is located beside the Ballarat V-line train station and you can hear trains arriving and leaving. Thankfully, the hotel gives you earbuds to muffle the dinging of the heritage boom gates.

Don’t leave without having a meal at Lola, the Provincial’s in-house restaurant. Ballarat’s known for its crowded brekky scene, but Lola’s fast become a standout, mostly thanks to head chef Shaun Thomson, who lists Peter Gilmore and Neil Perry as references on his resumé. Think well-priced brekky staples like smashed avo or bircher muesli plus fresh picks like zucchini and gruyere hash browns, almond pannacotta and pulled pork, poached egg and spinach on crumpets, liberally covered with a seeded mustard hollandaise.

Drinks lean local, too, thanks to a wine list concocted by local winemaker and sommelier Troy Walsh and Blackhearts & Sparrows’ Paul Ghaie. All the wines, bar a handful from Europe, are locally grown around Victoria. As well as beer, cider and a selection of spirits, there are also top-notch cocktails if you’re feeling something more complex.

The writer stayed as a guest of the Provincial Hotel.