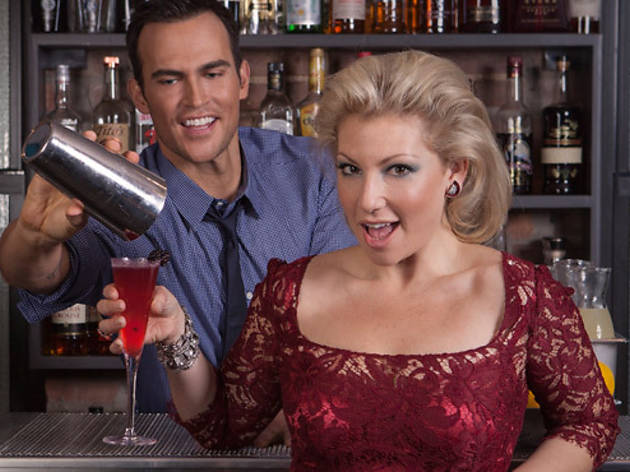 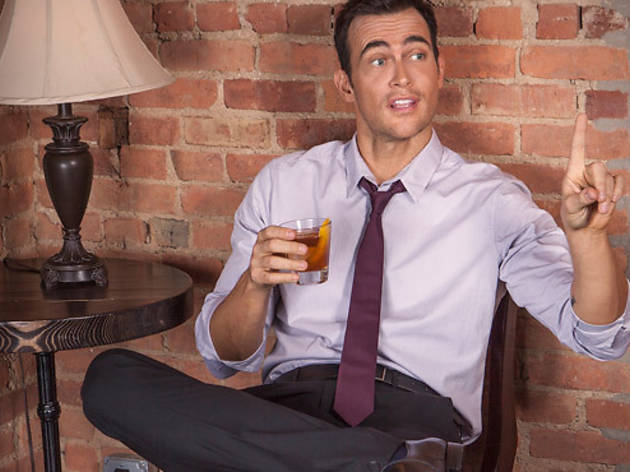 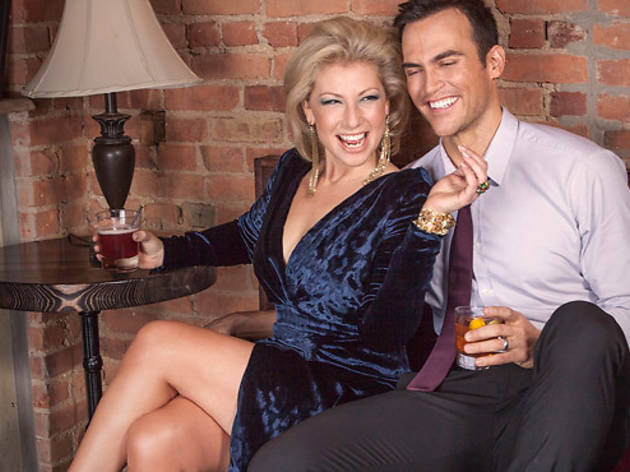 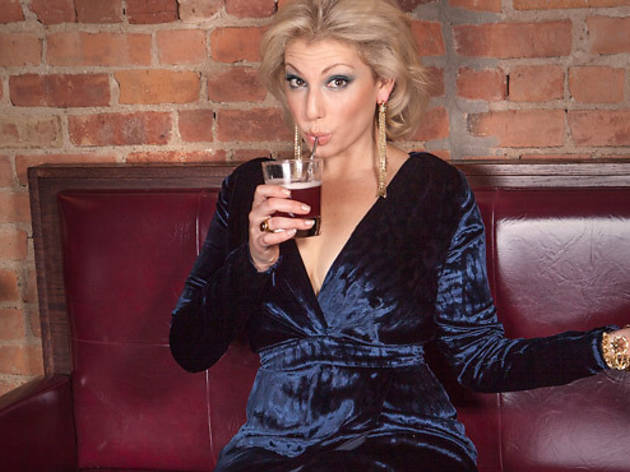 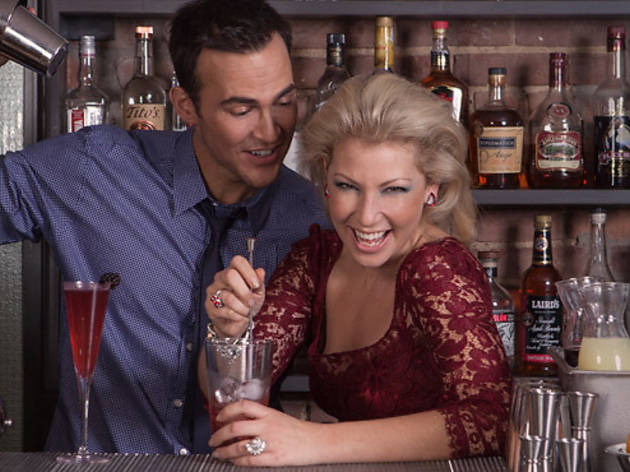 Set against the backdrop of the adult-entertainment industry and starring a red-hot cast, rom-com The Performers has all the right components to be one of the sultriest plays on Broadway this winter. Two of its leads, Ari Graynor and Cheyenne Jackson, talked to us about their characters, shared their favorite New York bars and fantasized about their alter egos.

Ari Graynor: Peeps is probably my favorite character I’ve ever played. I’ve loved all my characters, but she is like one big open heart. She’s so funny and so fully herself. She has no filter and is just all vulnerability and love, and I just thought the play was so funny and really honest in its ridiculous hilarity. Cheyenne and I did a couple readings together [about 15 months ago], and we also had such instant chemistry.

Cheyenne Jackson: I was going to say, was it love at first sight?

Ari Graynor: Yeah, it was.

Cheyenne Jackson: The thing that attracted me was the script. It was the funniest script, hands down, that I’ve read in two years. I wanted to do something new and challenge myself, and this is the boldest, most naked character, emotionally and physically, that I’ve ever played. Somehow, innately, I knew what [my character, Mandrew] sounded like, how he moved, I knew what his fears were, I just knew him for some reason. And Ari and then everybody else started coming in.

Cheyenne Jackson: Kind of a mix of both. I always start from scratch—you have to if you want to make a living, breathing person that seems like a real person. When something is drawn so broadly and could be cartoony, the most important thing is to make the stakes and their life decisions and their relationships real and as probable as possible. I interviewed a lot of adult performers and really wanted to see why [Mandrew] is the way he is. Ari and I talked about our relationship and why we are the way we are.… We’re still discovering.

Ari Graynor: It’s funny because we all sat around the table for the first couple of days as you do, and we would have these moments where we all got incredibly serious about the subtexts, about the relationships, about the mysteries, about the backstory—as you need to, no matter what the material—and there were moments where it’s as if we’re exploring Hamlet, but we’re talking about the subtext to a line where somebody calls somebody else a taint-faced fuck or something, you know? [Laughs] The language can be different, but the emotional lives are the same no matter whether you’re doing Shakespeare or Stoppard or something else.… The emotional life is all the same.

Time Out New York: What kind of research did you do for your roles?

Time Out New York: How did what you learned impact your portrayal of Mandrew?

Cheyenne Jackson: He is so passionate; he really thinks this is a true art form. He thinks he’s, like, Steven Soderbergh. The stakes couldn’t be higher for these people. It means everything. This is their one night to be special. They’re stars, and they wear their hair up, and they wear a Badgley Mischka dress, and it’s really important to them. There’s a line in our show, I don’t want to give it away, but somebody wins a category that’s shocking to even say—but to her, it’s like winning Best Supporting Actress at the Oscars.

Time Out New York: I have to ask—how skimpy do your costumes get?

Cheyenne Jackson: We’ve made a conscious decision to not talk about how naked I get, but suffice to say that the people who come to see that [aspect] will be satisfied. [Laughs]

Ari Graynor: That’s so cheeky! What, are you going to screw the whole audience?

Cheyenne Jackson: No! But that’s the million-dollar question, and I think it’s important to have some kind of air of mystery about it.

Ari Graynor: It’s your childhood pet and the street that you grew up on. So mine is Yaya Highledge.

Time Out New York: Do you have backstories for those names?

Cheyenne Jackson: I love it; this is going completely the other way.

Time Out New York: So when you’re not channeling your characters on the stage, where do you like to relax and grab a drink around town?

Ari Graynor: The Bowery Hotel is always a great place to meet people for drinks. It’s so cozy in there, especially in the late fall and winter. I love the Kabin in the East Village. That’s another sort of local, hidden spot where I always run into friends.

Cheyenne Jackson: I love the Standard Grill. We go there a lot.

Ari Graynor: Little Owl in the West Village is another great holiday spot. And Hudson Clearwater is a little speakeasy over there.

Cheyenne Jackson: [My husband and I] live in Midtown, which is now, like, gayer than Chelsea, so there’s all kinds of fun little places like 44 ½ , which is nice because you can actually have a conversation. It’s not so loud. There’s also a new tequila place on Ninth called Añejo Tequileria. It’s all kinds of tequila—coffee tequila, spicy tequila, stuff that you wouldn’t normally think is good, but it’s good! But after, like, the first one, or the second one, everything is good.